Accessibility links
Digging Into 'American Dirt' The novel American Dirt by Jeanine Cummins was released this January with much anticipation. Oprah selected it to be part of her book club, writer Don Winslow called it, "a Grapes of Wrath for our times" and celebrated Latina author Sandra Cisneros called it "the great novel of las Americas." But its release was met with a large backlash. Many Latinx writers felt the book furthered a stereotypical view of migrants from Mexico and Central America. For this episode, Maria Hinojosa engages in dialogue with voices central to the controversy: Myriam Gurba, Sandra Cisneros, Luis Alberto Urrea and Jeanine Cummins. 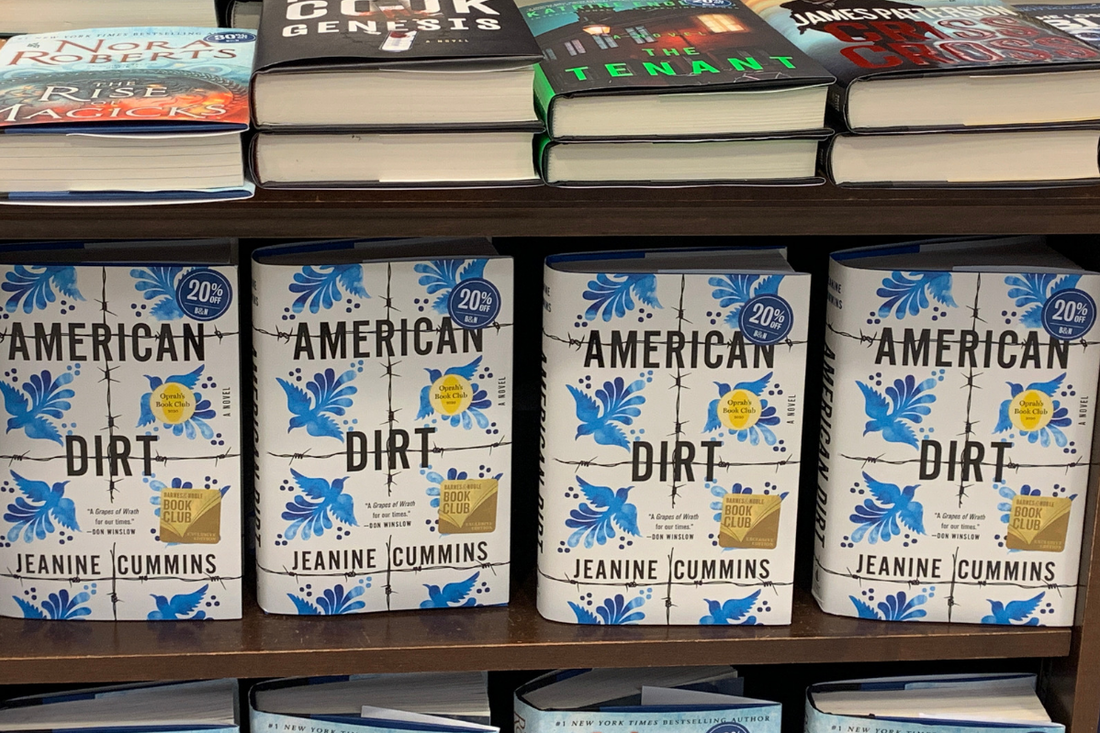 At the end of 2019, newsrooms across the United States were sent a book for review: American Dirt by Jeanine Cummins. The book has a white jacket cover featuring blue birds, reminiscent of traditional Mexican Talavera tiles surrounded by barbed wire. In the center of the page is a blurb from author Don Winslow. He calls American Dirt, "A Grapes of Wrath for our time."

The novel tells the story of Lydia Quixano, a middle-class bookstore owner in Acapulco, Mexico. Her entire family is gunned down after her husband, a journalist, publishes an article about the head of the local cartel—a man Lydia was flirting with. She and her son Luca escape the massacre, and in fear of the cartel, find themselves taking a dangerous trek north to the United States.

American Dirt was released with much anticipation—acclaimed Latina writer Sandra Cisneros called the book "the great novel of las Américas." Julia Alvarez, Reyna Grande and Erika Sánchez also wrote positively about the novel. And this month, American Dirt got one the most important endorsements there is when it comes to sales: it was chosen as the next book in Oprah Winfrey's book club.

But when American Dirt was finally released in January of 2020, it came with an overwhelming outcry from Latinx writers and readers. Many people felt that Cummins, who identifies as white and Latina, furthered harmful stereotypes about migrants from Mexico and Central America, that her novel included several cultural inaccuracies, and that the marketing campaign surrounding her book was tone-deaf and indicative of a publishing industry that only has 3% Latinx workers. Cummins writes in her author's note, that she wishes someone "slightly browner" then her had written the book.

For this story, Maria Hinojosa spoke to four people at the heart of the American Dirt controversy: Myriam Gurba —writer and author of Mean— who wrote an explosive critique of the novel; Cisneros, who speaks publicly about the book for the first time; Luis Alberto Urrea, a Mexican-American author who has written extensively about border life; and finally, Cummins, the author of American Dirt.