Accessibility links
Opinion: Trump's Fundamentally Flawed 'Vision' For Mideast Peace Former U.S. Ambassador to Israel Daniel B. Shapiro warns of "severe ramifications" from the plan. The major problems, he writes, "result from having talked to only one side in the conflict — Israel." 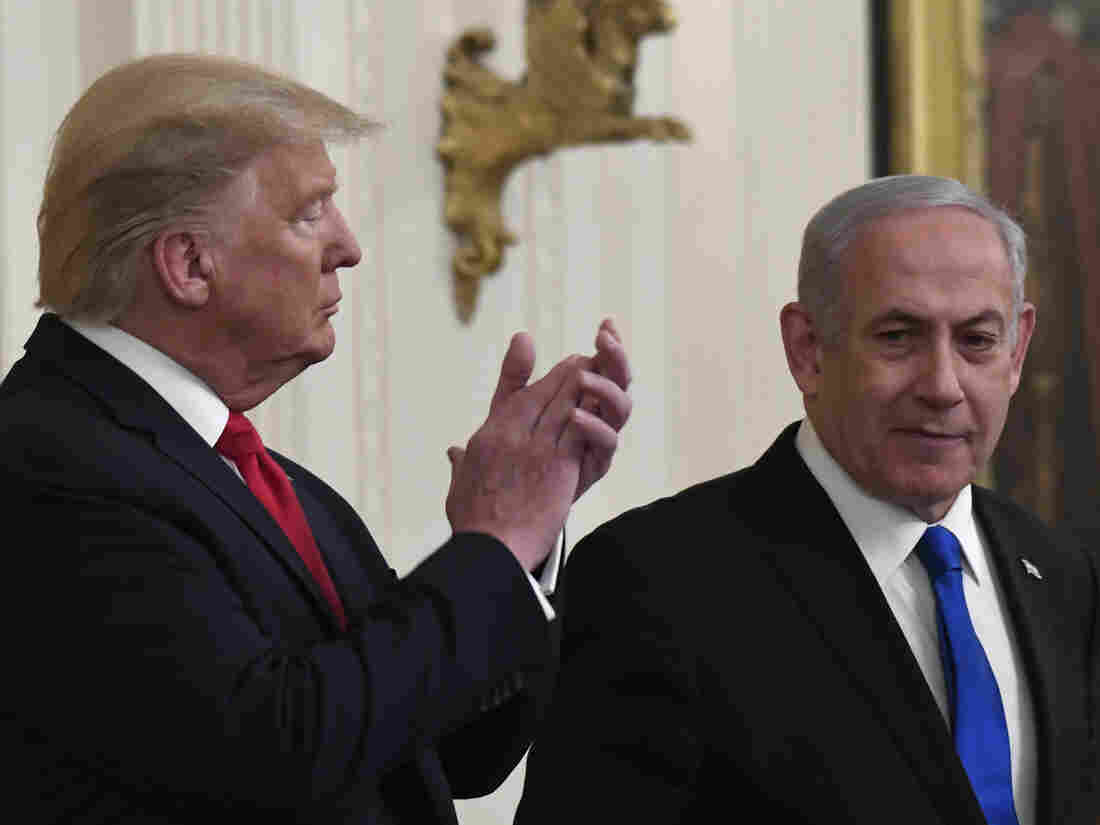 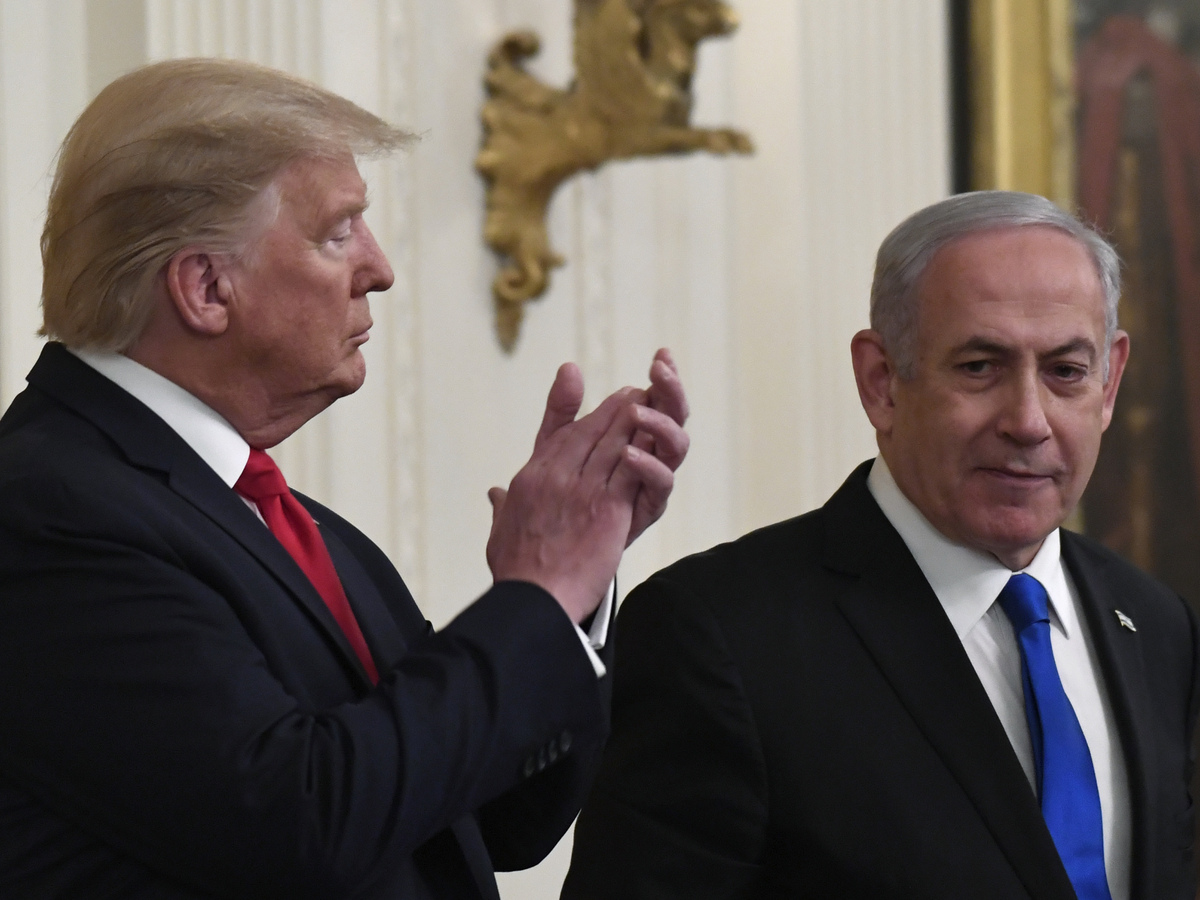 Daniel B. Shapiro (@DanielBShapiro) is a visiting fellow at the Institute for National Security Studies in Tel Aviv. He served as U.S. ambassador to Israel and on the National Security Council during the Obama administration.

When President Trump issued his "Vision for Peace, Prosperity, and a Brighter Future for Israel and the Palestinian People" at the White House on Tuesday, I was reminded that no one should be more humble about critiquing new Middle East peace initiatives than those who have taken part in previous ones. I am in the club of U.S. government officials who poured thousands of hours into that effort — and failed.

So I appreciate President Trump, Jared Kushner and their colleagues' hard work over three years to advance this noble cause, as well as their attentiveness to Israel's security. I wish them success — but worry that a failure in this instance could come with severe ramifications that would set back prospects for an end to the conflict irreparably.

The major problems with the president's plan result from having talked to only one side in the conflict — Israel. Ever since President Trump recognized Jerusalem as Israel's capital in December 2017, the Palestinian Authority boycotted any contact with his administration. That was surely an overreaction, although Trump failed to offer the Palestinians any signal that he recognized their legitimate aspirations for a capital in Jerusalem. Nevertheless, the communication breakdown handicapped all efforts that followed.

When I was involved in Israeli-Palestinian negotiations while serving on the National Security Council and as U.S. ambassador to Israel, I could summarize the stance of officials on either side in one sentence: "If you, the United States, would just adopt our positions as your own and impose them on the other side, everything would be fine."

That always struck me as an odd definition of a mediator's role. A mediator does not need to show perfect balance, but does need to earn the parties' trust about taking their concerns seriously. At a minimum, a mediator needs to be to be able to talk with both sides. But for over two years, the U.S.-Palestinian diplomatic channel has been completely silent.

Opinion: Here's Why U.S. Aid To Palestinians Needs To Continue

The results are as you would expect. On nearly every major issue in dispute, the president's "Vision" comes down firmly on the side of Israeli preferences.

On territory, it permits Israel to annex some 30% of the West Bank, including all Israeli settlements, while leaving a semi-state of Palestine with some 70% — far less than contemplated in previous negotiations — in disconnected chunks.

On Jerusalem, it allows Israel to hold the entire city as its capital, while giving Palestinians a few outer neighborhoods beyond an Israeli security barrier. It bars the return of Palestinian refugees to Israel (a reasonable restriction, because no Israeli leader could agree to absorb such a large population that would change Israel's Jewish character), but does not permit meaningful immigration of Palestinians from other countries even to the Palestinian semi-state. 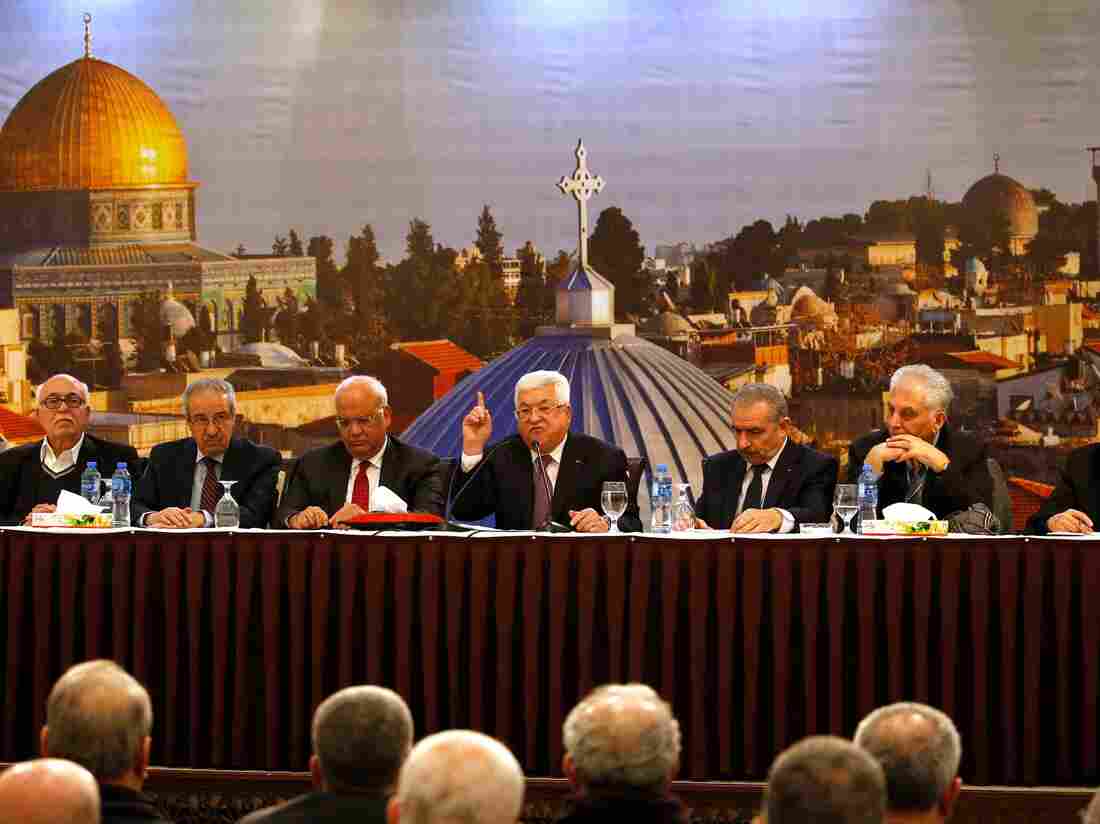 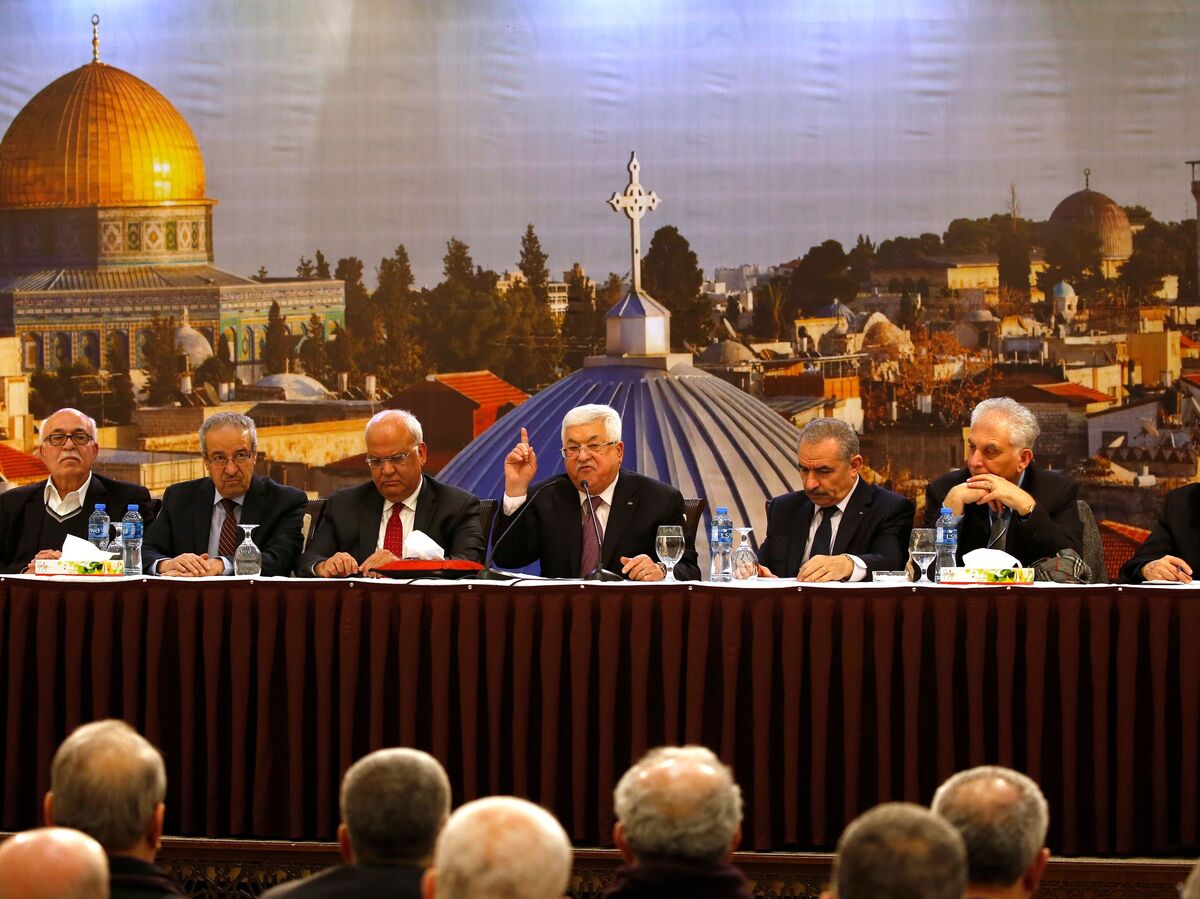 Palestinian President Mahmud Abbas delivers a speech in the West Bank city of Ramallah on Tuesday, following the announcement by President Trump of the Mideast peace plan.

On security, it describes a regime in which Israeli security forces would maintain constant presence, and likely experience friction, with Palestinians even in their own territory.

In any realistic peace plan, Palestinians will have to agree to major concessions they have not accepted before. So will Israel. But this version would place Palestinian leaders — even stronger and bolder ones than the current, aging President Mahmoud Abbas — in an untenable position, unable to defend to their people something that will look like a total surrender.

That makes the plan unimplementable. It calls for Palestinians to accept these terms within four years. The high likelihood is that the plan is a dead letter. The authors, and the Israelis, seem to know this.

And the prospect of a plan that is going nowhere — whether by design or misjudgment — is pushing Israel toward unilateral actions instead, namely annexing large chunks of the West Bank. While the text suggests such unilateral annexation could be the result if the Palestinians fail to accept the plan within four years, already Israeli Prime Minister Benjamin Netanyahu, fighting for his political life in a competitive election, is signaling he may advance annexation legislation much sooner. It could happen within weeks or months.

I see four dangerous ramifications from this plan and the way it was constructed and presented.

First, it undercuts longstanding principles that the United States and Israel have agreed should govern U.S. peace efforts: that agreements can only be reached in direct negotiations between Israelis and Palestinians, not by outside parties; and that both sides should avoid unilateral acts that undercut negotiations. The violations of these principles set new precedents. Today they work in Israel's favor. It is possible to imagine future scenarios where they would not.

Second, while some Arab states are offering tepid support for Trump's efforts, the prospect of the death of the two-state solution and unilateral Israeli annexation of the Jordan Valley is being greeted with alarm in Jordan. A key moderate Arab ally of the United States and peace partner to Israel, Jordan's stability is in the interest of both the U.S. and Israel. But King Abdullah II will feel pressure from Jordan's majority Palestinian-origin population and other opponents of the peace with Israel to downgrade ties. Quiet security cooperation benefits both countries and could be a buffer, but this relationship is best not put under stress.

Third, while the plan envisions most of the roughly 2.5 million Palestinians in the West Bank living in the Palestinian semi-state, there is a reasonable possibility that at some point, that non-viable entity will collapse. If it does, the Israeli military will be drawn back into the main West Bank population centers, and Israel will find itself in full control of everyone and everything west of the Jordan River.

At that point, the question Palestinians and many others will raise is: Why not simply have one-person, one-vote in all areas Israel controls? Taking into account the over 2 million Palestinian citizens of Israel who already vote in Israeli elections, that is the moment when Israel will face a dilemma with no solution: How can it remain what it has always been — a Jewish and democratic state without a solid Jewish majority? The answer: It can't.

Finally, the plan's release so close to the U.S. election creates another dilemma for Israel. If Trump loses in November, his successor will not feel bound by it. The plan is well outside the historical consensus U.S. policy through multiple administrations of both parties, and the Trump administration made minimal efforts to build support for its approach before its release. All the leading Democratic presidential candidates have criticized it.

So if Israel were to invest deeply in this plan in 2020, even going so far as to commence unilateral annexation, it has approximately a 50% chance of finding itself in a serious clash with a new administration in January 2021.

Palestinian leaders, who have long boycotted direct talks, denied Israel's legitimacy and winked at violence, bear significant responsibility for their people's hardship. But a plan that, even if they change their ways, offers them little they can highlight with pride to their people and fails to to truly separate Palestinians and Israelis into two states, is unlikely to end the conflict or succeed in making their lives better. It won't do any favors for Israel or the United States, either.