Accessibility links
Review: Silence Proves Difficult To Break In 'The Assistant' In this "quietly shattering drama," a young woman (Julia Garner) learns that her new boss is a serial sexual predator; her efforts to call him out meet with indifference and hostility.

'The Assistant': When A Workplace's Silence Can't Be Broken

'The Assistant': When A Workplace's Silence Can't Be Broken 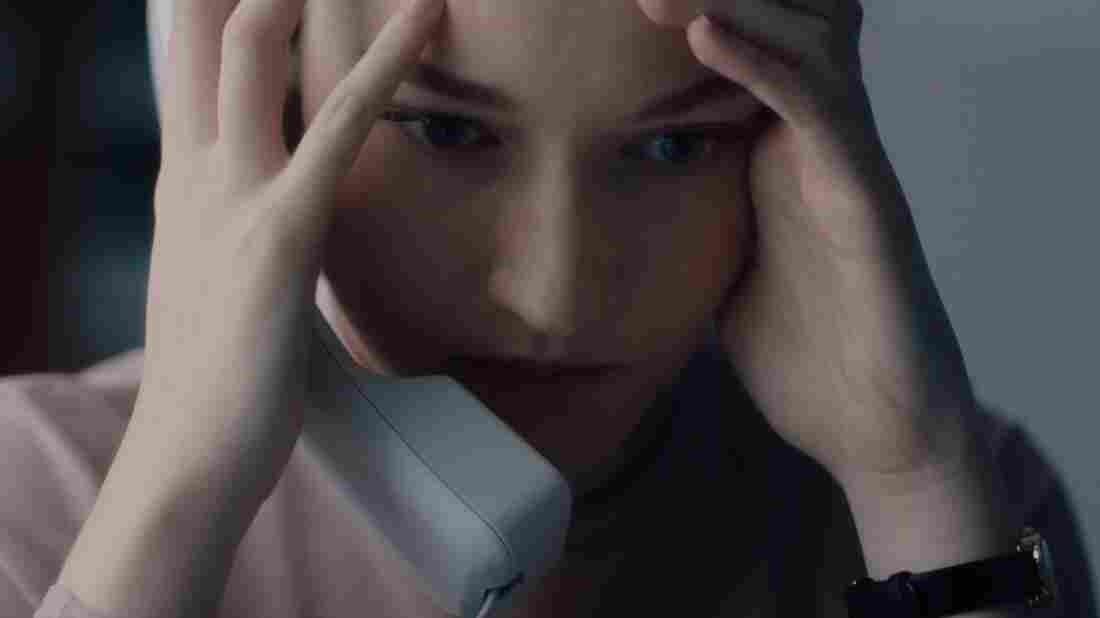 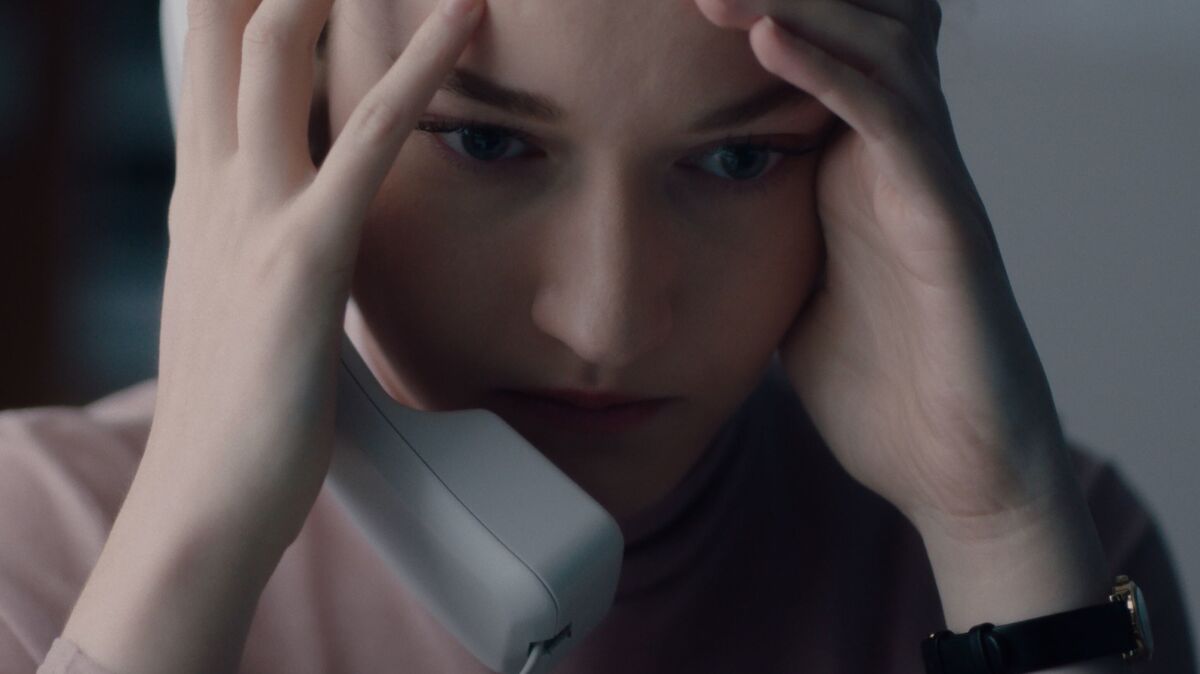 Jane (Julia Garner) slowly comes to realize something terrible about her boss in Kitty Green's The Assistant.

For a while, in Kitty Green's quietly shattering drama The Assistant, we follow a young factotum named Jane through her dreary daily routines in a prominent New York film production company. The film appears to be shaping up as a procedural of the drudgery that faces college graduates today. Except that there's dread growing slowly here, and an uneasy sense that Jane may be about to experience something worse than the soul-crushing duties that teach her little or nothing about the business she hopes to enter. Expect no monsters to pop out of the drab and dowdy walls of her workplace. This is not that kind of horror movie.

Arriving at the office before dawn, Jane, who's played by Julia Garner (Ozark, The Americans), makes coffee, opens packages and sneaks a look at the screenplays she's printing. Once the young male producers she serves trickle in she's kept busy booking and rebooking flights to Los Angeles, fetching lunch, watching over a child dumped on her by a woman who may or may not work there in an official capacity.

Green, who also made the 2017 documentary Casting JonBenet, keeps the lighting murky and the camera tight on Garner, who compresses her strikingly expressive features into a telling deadness as Jane performs her duties with rote competence. The recent graduate with a 4.0 grade point average has just enough hope and verve left in her to make the occasional stab at conversation with her superiors, who mostly ignore her but pounce when she slips up on the sandwich order, or snicker behind their hands as she unwillingly fields furious calls from a woman who may be the wife of the company's CEO. Of him there's not much sign other than the occasional barked order or grunt from behind his door. We don't learn his name.

Picking up in the boss's office, Jane takes note of stray bits of jewelry and hair ties strewn among the sofa cushions. She finds herself unpacking drugs and syringes along with the bottled water. When she asks why she's writing checks with no names on them, she's told to shut up and get on with it. At last, when she has to shepherd to a fancy hotel a pretty "new assistant" (Kristine Froseth) flown in from Boise, Idaho on the company dime, Jane wakes up to the fact that there are more insidious power plays at work here than the ones that confine her to a job that's getting her nowhere.

Amid coy hints or thundering silence from everyone around her, Jane tries to drum up support from her colleagues. Her timorous efforts to break the silence that shrouds her meet with indifference, ridicule, and, in one devastating set piece written with crisp minimalism by Green and tautly performed by British actor Matthew Macfadyen, Jane is treated to a punishing assault of gas-lighting and brutal bullying that threatens to disable her. "What can we do?" she asks piteously of the executive she turns to for help. "Do about what?" he snaps as he lays out a scenario of damage to the company and to her if she spills the beans, and dismisses her with a cruel kicker that blows the lid off every word he's spat out so far.

Without resort to a single scene of graphic sexual violence, Green nails down the awful truth that Jane's exploitation is part and parcel of a silent but systemic abuse of powerless and vulnerable women. Even her loving parents are too blinded by their pride in her getting her foot in the hallowed door to listen to her troubles. The young men who believe —or, worse, don't believe — that they're helping Jane by dictating her apology letter to the boss, function as his colluders or, more ominously, his trainees in the sub rosa economy of illicit power. Green won't let women off the hook either. Higher up the totem pole, female employees dismiss Jane's simmering anxiety with cynicism or indifference. "Don't worry," offers one woman in the elevator. "She'll get more out of it than he will."

Originally conceived as a documentary, The Assistant draws on many interviews that Green conducted with women from the entertainment industry. She devotes almost anthropological attention to the sordid folkways of a tribe with an arcane and secret life of its own. Word is out now, and no woman needs to feel as alone and abandoned as Jane does. Given the ongoing flood of testimonies to the media and in court, it's still way too early to call this terrific little drama a period piece.