Accessibility links
Northern Lights: Amateur Sky Watchers Discovered New Form It was the members of a Facebook group who noted that the auroras they'd seen didn't look like any that had been previously catalogued. So physicists asked them to take a few carefully timed photos.

People in northern climes have long gazed at the wonder that is the aurora borealis: the northern lights.

Those celestial streaks of light and color are often seen on clear nights in Finland, where they're so admired that a Finnish-language Facebook group dedicated to finding and photographing them has more than 11,000 members.

There aurora aficionados gather to discuss subjects like space weather forecasts and the best equipment to capture the northern lights.

Among its members is Minna Palmroth. She's a physicist and professor at the University of Helsinki, where she leads a research group that studies the space weather that causes auroral emissions.

When members of the group posted photos of the auroras they'd seen and wanting to learn more, Palmroth would often reply with the aurora's type and the scientific explanation for its form. The discussions led Palmroth and two collaborators to publish a field guide to the northern lights.

But even after the book came out, some questions remained unanswered. A few of the citizens' photos showed a form of aurora that didn't fit into any of the known categories. It had green, horizontal waves running in parallel. Its undulations reminding some observers of sand formations, and it was christened "the dunes." 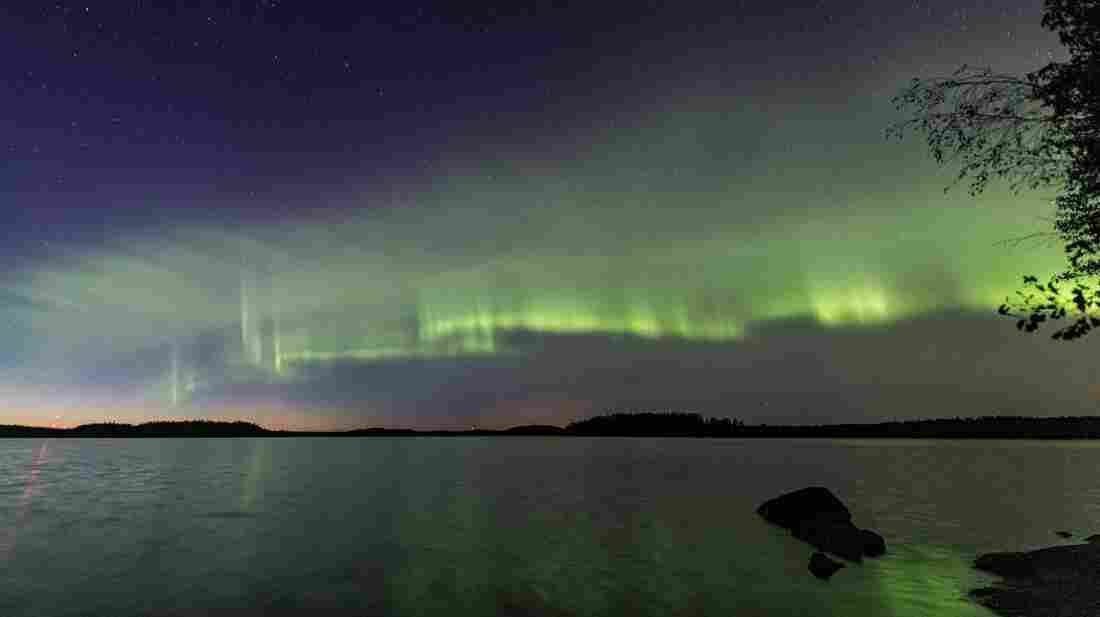 The auroral dunes appear as green waves in the sky. Kari Saari/University of Helsinki hide caption 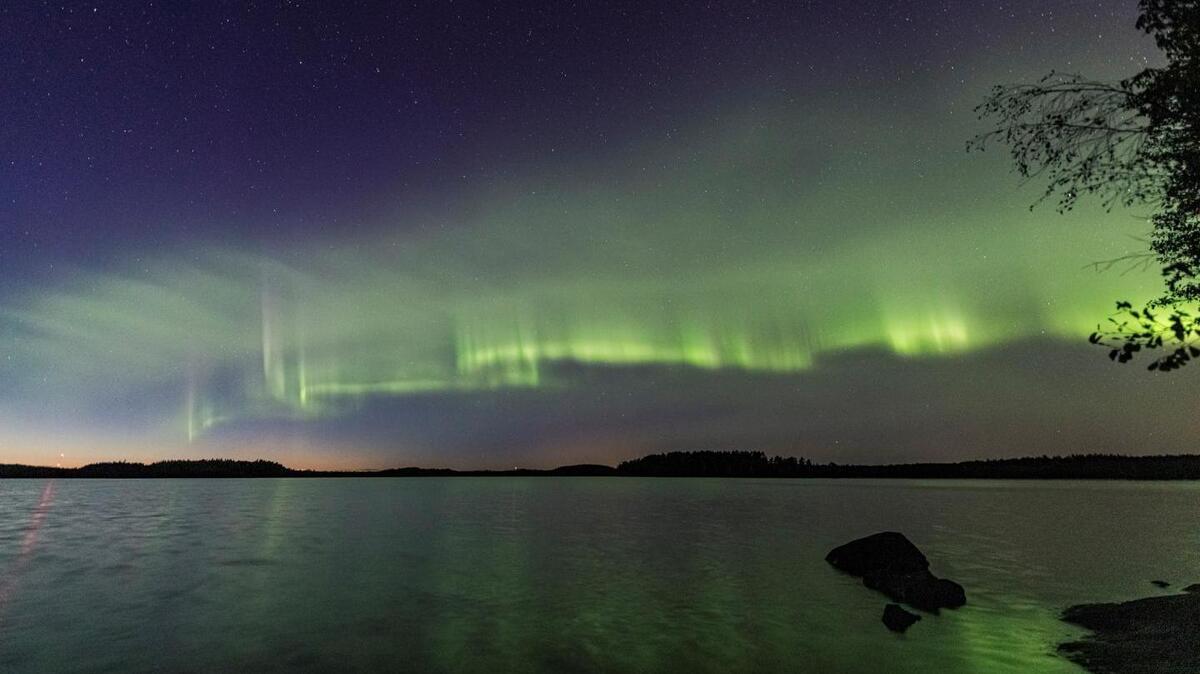 The auroral dunes appear as green waves in the sky.

The group was discussing the phenomenon in the days after Palmroth's book was published, when one member pointed out that the mysterious phenomenon was happening at that very moment, outside their windows.

So Palmroth suggested a way that the members might be able to help scientists investigate the phenomenon: by taking photographs of it from different locations around Finland, at the exact same time.

Two of the group's photographers managed to capture pictures of the aurora at the exact same second, from locations 120 kilometers (75 miles) apart. That gave researchers in Palmroth's group at the University of Helsinki what they needed to measure the aurora and locate it in near-Earth space.

Maxime Grandin is one of the physicists on Palmroth's team. He was able to analyze the photographs using free software called Stellarium to pinpoint the tips of the dunes' "fingers" and calculate their azimuth and elevation, based on the location of the star located behind it.

"With a single picture, you cannot get any information on the altitude of the dunes," he tells NPR. "You need two pictures to retrieve the location of a given feature in space."

The angular information from the pictures allowed Grandin to triangulate the altitude of each finger. He found that the whole structure was at an altitude of 100 kilometers (about 60 miles). He projected the structures onto a map, locating them in the atmosphere above Sweden.

Turns out the amateur sky watchers had not only identified a new type of aurora – they helped scientists illuminate a part of the Earth's atmosphere that isn't well known.

It's in the ionosphere, a region of the upper atmosphere containing charged particles. Grandin says the part of the ionosphere where the dunes are found has been studied less than other areas because it's hard to take measurements in this zone.

"Satellites cannot fly at such low altitude, balloons cannot reach that high altitude, even radars generally do not really resolve the measurements at those altitudes." He says the region "is called very often 'the ignorosphere' because we basically ignore almost everything about it."

But the dunes discovery is already shedding new light on the ignorosphere.

Palmroth, Grandin and other authors of a study published in the journal AGU Advances suggest that a possible cause for the dunes could be a mesospheric bore: a rare phenomenon that to their knowledge had never been observed at the auroral zone or investigated using auroral emissions.

So the finding is an important one for science — and Grandin says the role of citizens was crucial.

"Without them asking questions, without them even taking the pictures in the first place, we would probably have never heard of the dunes and never investigated them," he says. "The dunes certainly have been existing for centuries or millennia. But it was about noticing them and bringing them to the attention of scientists and asking questions."

He says citizens are passionate about their observations — which leads to their asking lots of questions. "Sometimes we realize these are extremely good questions, actually, and we don't know [the answers], so we need to investigate that. And then that's how you come up with a new topic of a really great study, and it's a really nice adventure."

He points to the website Taivaanvahti, where amateur photographers can upload their photos, pinpointing where in Finland they observed a given phenomenon and the precise time. The result is a rich database of observed aurora and other phenomena.

Scientists Are Puzzled By Mysterious Lights In The Sky. They Call Them STEVE

Citizens' getting involved in such scientific efforts can have a larger impact on society, he says.

"We are at a time where some people doubt the validity of science," he says. "And if people feel that they are part of this great adventure that is science, I think they're more inclined to trust it. And that's really great."