Accessibility links
Review: 'Beanpole': A Study Of The Resilience Of Female Friendship In post-WWII Leningrad, two women bonded by grief, guilt and hardship set out to make their futures brighter than the horrors of their shared past.

2 Friends Scarred By War Attempt To Heal In 'Beanpole'

2 Friends Scarred By War Attempt To Heal In 'Beanpole' 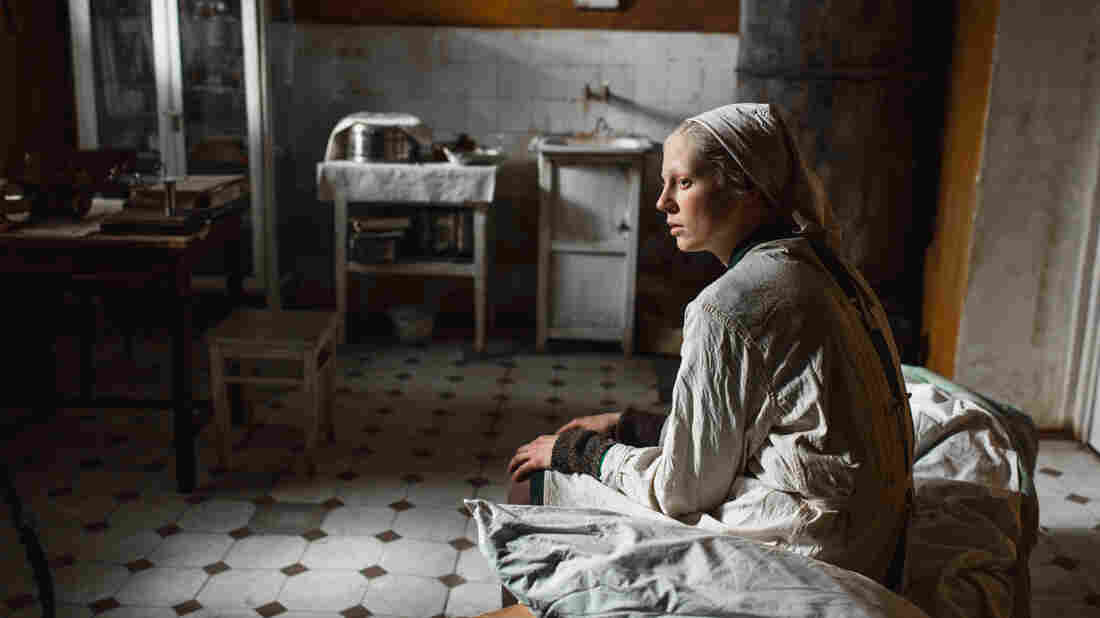 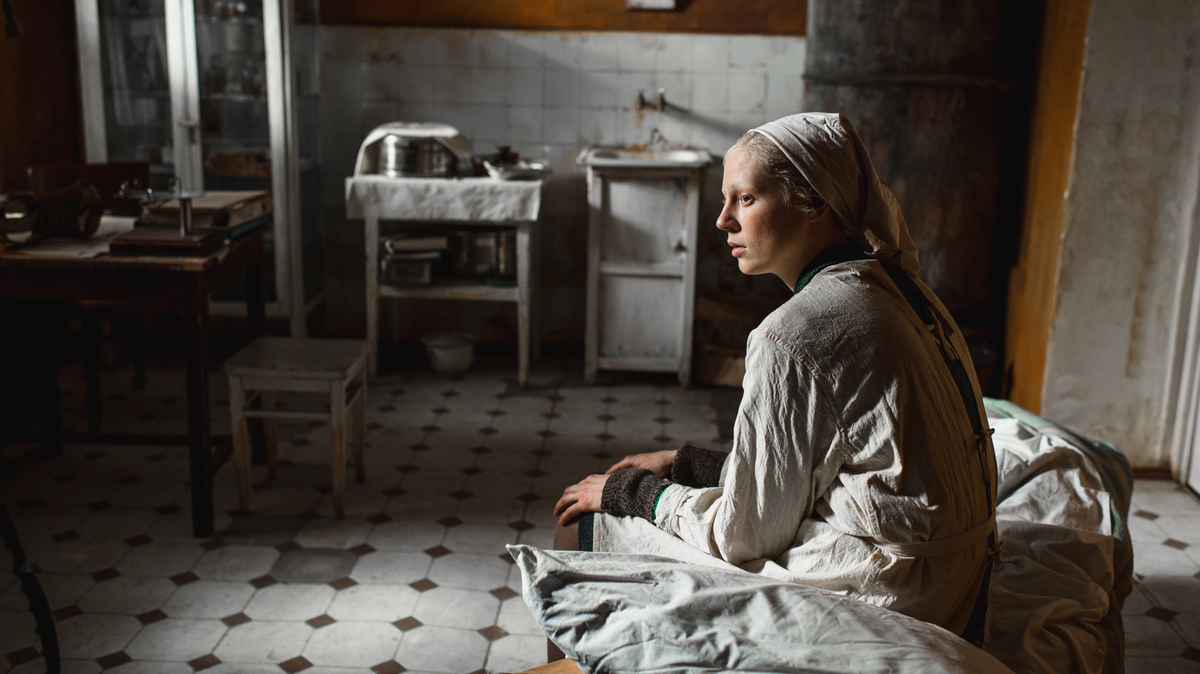 Iya (Viktoria Miroshnichenko) looks on in the grim but ultimately warm-hearted Beanpole.

Before the opening shot of the extraordinary Russian film Beanpole, we hear the ragged sound of someone struggling to breathe — a gasping, clicking intake of air that might literally be a death rattle. That someone is Iya (Viktoria Miroshnichenko), the unusually tall and pallid title character, and when director Kantemir Balagov finally cuts to her, she's entirely frozen in place, at the mercy of a neurological condition that frequently seizes control of her body. At the Leningrad hospital where she's worked ever since getting removed from the front lines in World War II, Iya's episodes have become so common that the other nurses in the background barely pay any attention to her. She'll snap out of it soon.

The war has just ended, but an estimated 800,000 civilians died in the siege of Leningrad, and the trauma of those who have survived, including many who are returning from the front lines, permeates the film's atmosphere like a fog. And the suffering is just beginning for Iya: In a horrifying early scene, she has one of her episodes while play-wrestling with Pashka, a toddler under her care, and the weight of her on top of him suffocates him to death. To witness this new, innocent life extinguished is bleak enough on its face, but what's even bleaker is the suggestion that the place itself is infertile. There are no other children around.

It's fair to say that Beanpole is a tough-going affair, in the tradition of grim Russian war films like Andrei Tarkovsky's Ivan's Childhood or Elim Klimov's Come and See. Yet Balagov, an absurdly precocious 28-year-old making his second feature, doesn't revel in the tragedy or allow it to be the film's prevailing sentiment, even as circumstances keep pushing the characters in that direction. He's telling a story about friendship, clinging to two women who have been through hell together and whose complicated entanglement hints at a brighter future they cannot yet see.

We can't see it yet, either. Iya's best friend Masha (Vasilisa Perelygina) is Pashka's actual mother, and she's no longer biologically capable of having another, due to circumstances Balagov holds off on revealing. ("There's nothing else inside you to make life," her doctors have told her.) When Masha returns from the front lines to reunite with her son and his caretaker, Iya is so shamed by what happened that she nods along blankly as Masha assumes the boy is out playing with a neighbor. The truth shocks Masha into a drastic course of action: She wants to find another man right away and she wants to figure out how to have another baby boy to replace Pashka.

It isn't difficult for the attractive, sexually aggressive Masha to pick up a boyfriend, especially since she isn't particularly choosy about it. In a drunken night on the town, she literally drags the woefully inexperienced Sasha (Igor Shirokov) into the back seat of a car and almost certainly takes his virginity with her. Her plan for replacing Pashka proves much more difficult and emotionally trying, but she feels like Iya owes her some assistance and they execute a drastic solution that's still not guaranteed to get results.

Beanpole unfolds at a deliberate pace, soaking in the day-to-day atmosphere at a hospital where tragedy and trauma have recalibrated human behavior to the point where it's only half-recognizable. The scene where Masha finds out about what happened to her son is doubly strange in both Iya's state of denial and Masha's muted acceptance of the truth yet it's plausible in context. We can only guess at the things they've experienced in the past — the concussive blasts that decommissioned Iya, the nature of Masha's "service" to the troops — but Balagov beautifully delineates the numbness of the present. What's another loss in lives that have known so many of them?

In their acting debuts, Miroshnichenko and Perelygina are thoroughly persuasive at every turn, though Perelygina gives the rangier performance, because she's called upon to seduce and manipulate, as well as show vulnerability in more private moments. From the bond between Iya and Masha, Balagov draws a warmth that becomes the film's prevailing, redeeming sentiment, like a bulwark against the darkness that threatens to swallow them whole. As difficult as Beanpole can be to watch, it quietly accumulates kindnesses alongside the crueler twists of fate, and hopes that warmth is more sustaining.