Accessibility links
StoryCorps: Brothers Build A Relationship After Overcoming Anger As Adults As kids, Raymond and Derrick Storms were not close. They had to confront anger, mortality — and each other — in order to reclaim their brotherhood. 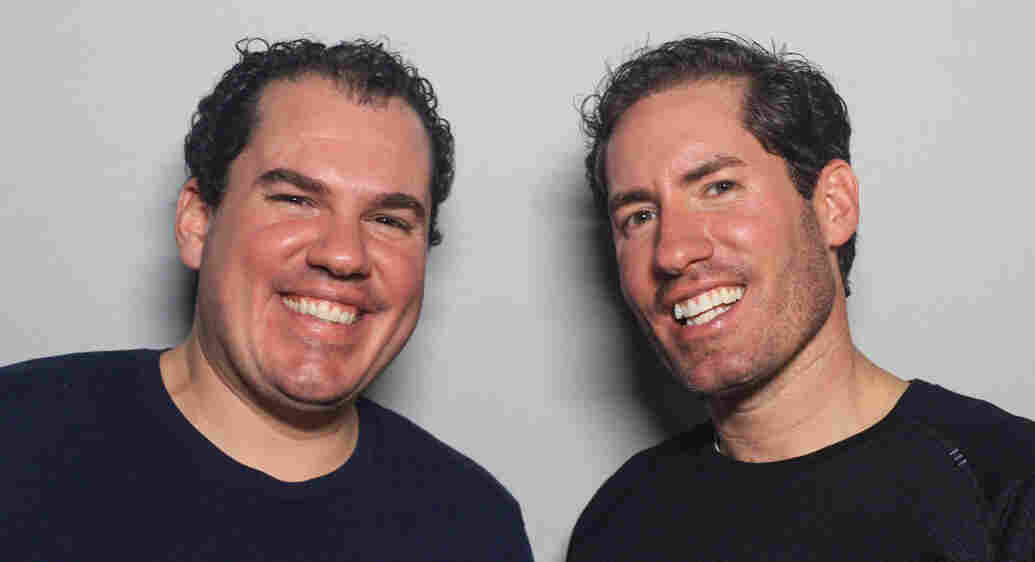 During a visit to StoryCorps in New York this month, brothers Raymond (left) and Derrick Storms talk about how they opened up to each other later in life and unexpectedly built a close relationship. Rochelle Kwan for StoryCorps hide caption 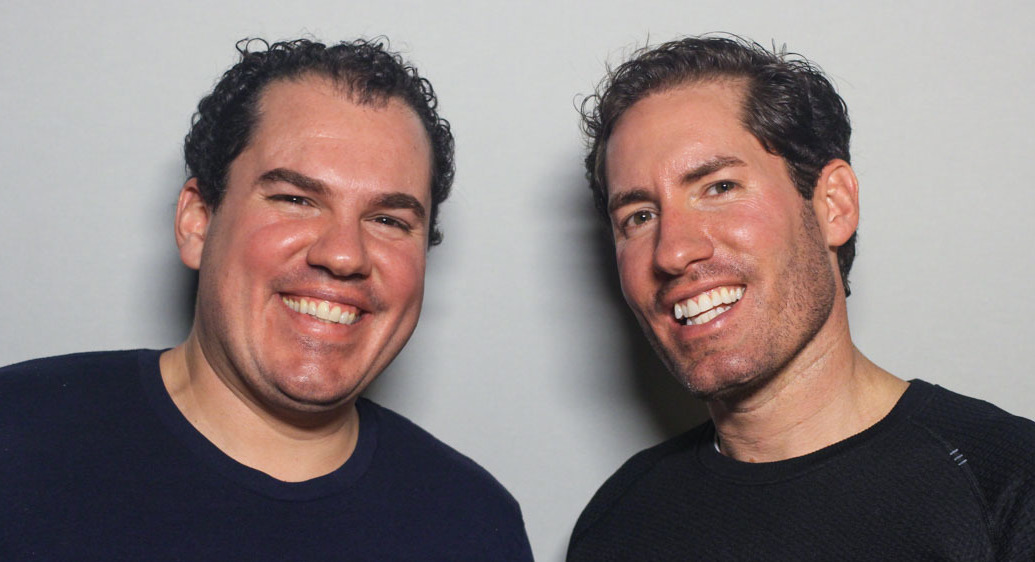 During a visit to StoryCorps in New York this month, brothers Raymond (left) and Derrick Storms talk about how they opened up to each other later in life and unexpectedly built a close relationship.

Derrick Storms and his little brother Raymond grew up in southern Florida in a troubled, at times unstable, home.

When they were in high school, their mother died of cancer.

The brothers didn't really have each other, either. Derrick held a lot of anger and tormented Raymond.

"I just remember you being so cruel," Raymond told Derrick.

In a conversation at StoryCorps this month, the two sat down to talk about how they reclaimed their relationship.

Derrick would play malicious tricks on him, Raymond said.

"Like, telling me one day that kids really can fly, but you have to really trust. So we went on that rickety swing set, and I remember you pushing me, saying, 'Now jump, and think of a happy thought.' "

Raymond remembers shouting out his answer — "pizza!" — before falling into their mom's rosebush.

"And your response to me was, 'Oh, because you're so fat, you should have said two happy thoughts,' " Raymond, 36, said.

"I didn't know if I would ever be close to anybody," he said.

The brothers pursued completely different paths. Raymond went to art school and sang opera. Derrick enlisted in the Marines out of high school.

Raymond says their relationship started to shift when the family found out Derrick would deploy to Iraq in 2003, just as the U.S.-led invasion was starting.

Their grandmother pushed Raymond to reach out to his brother. So, he called Derrick.

"And you were like, 'What?' and she was looking at me with those dark eyes, and I was like, all right, I'm gonna say something vulnerable. And I said I was always envious of you as a kid. And you were, like, so quiet," Raymond said.

Derrick's response, Raymond said, was "I've always been jealous of you. Everyone wants to be your best friend, and I scare people."

Just before Derrick's battalion arrived in Nasiriyah, where U.S. troops were pinned down and facing sniper fire, Derrick asked a reporter nearby if he could borrow his global cellphone to make a call. He wanted to talk to his brother.

"I think when you're faced with your mortality, I began to take the meaningful things in my life more seriously," he said.

Raymond was in music school studying opera when he got the call.

"You literally were like, 'The Marines here don't believe you're gonna be the next Pavarotti. Show 'em! Show 'em! Sing the national anthem,' " Raymond recalled.

So Raymond put his vocal training into practice. "They went ballistic," he said.

He noticed that Derrick's aggressive demeanor had dramatically changed. He was kinder. "It was like night and day," Raymond said.

Raymond never thought he and Derrick would ever have the close relationship that they have today.

"You were walking rage. There was so much anger that I had towards you as a child," he told Derrick. "But I'm grateful for it now, because I forged that into this white hot steel of love."

"I guess I just needed help," Derrick said. "You need somebody kind of showing you the way. You know, that lighthouse to help you cross over."

His younger brother was that somebody.

"I'm thankful for you for that," Derrick told Raymond.

Raymond says it's been unbelievable watching his brother grow into a more caring person. Derrick now runs a law practice in New York City. Raymond has a business practicing healing arts, including reiki.

"Seeing you bloom into this like, sensitive, loving human being, there's no way someone could tell me like miracles don't exist," he said.

"It feels a lot better on this side, that's for sure," Derrick said.