Accessibility links
Amid Nike Controversy, Track's Governing Body Sets New Rules For Shoes Concerns have swirled for years over whether Nike's Vaporfly line of shoes gives athletes an unfair advantage. The new rules appear to ban one Vaporfly model, but another will reportedly qualify. 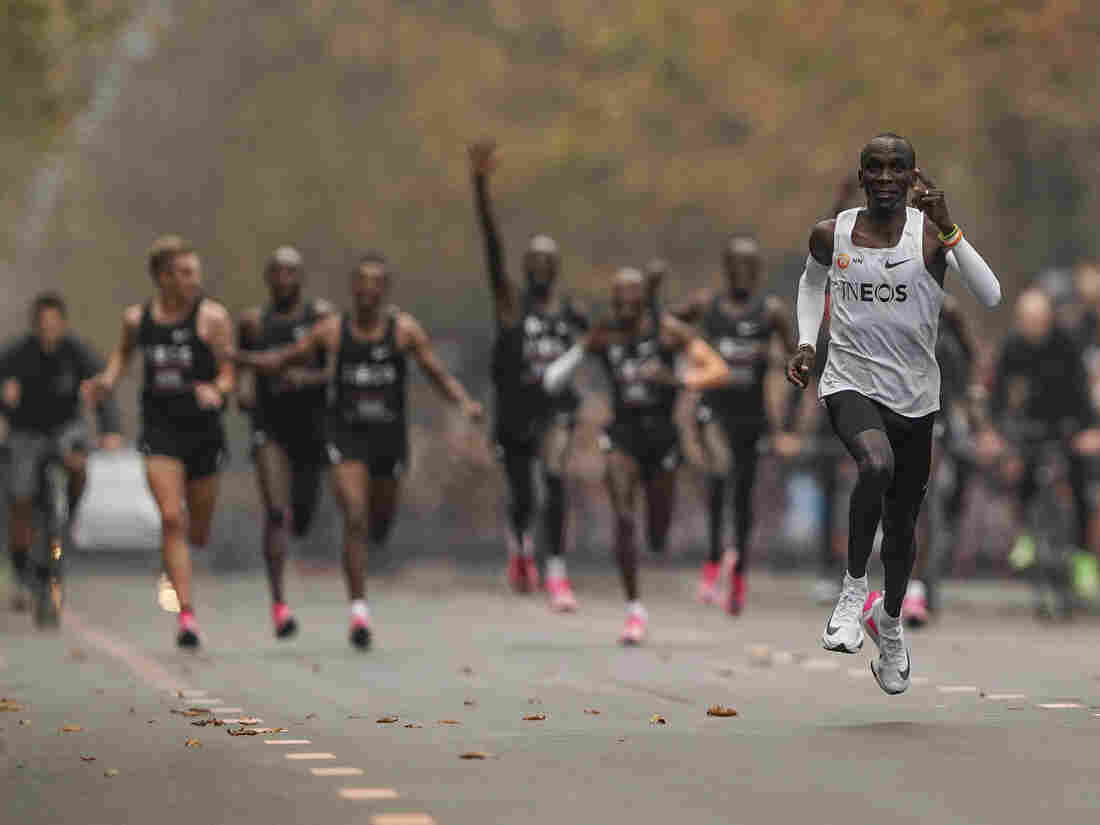 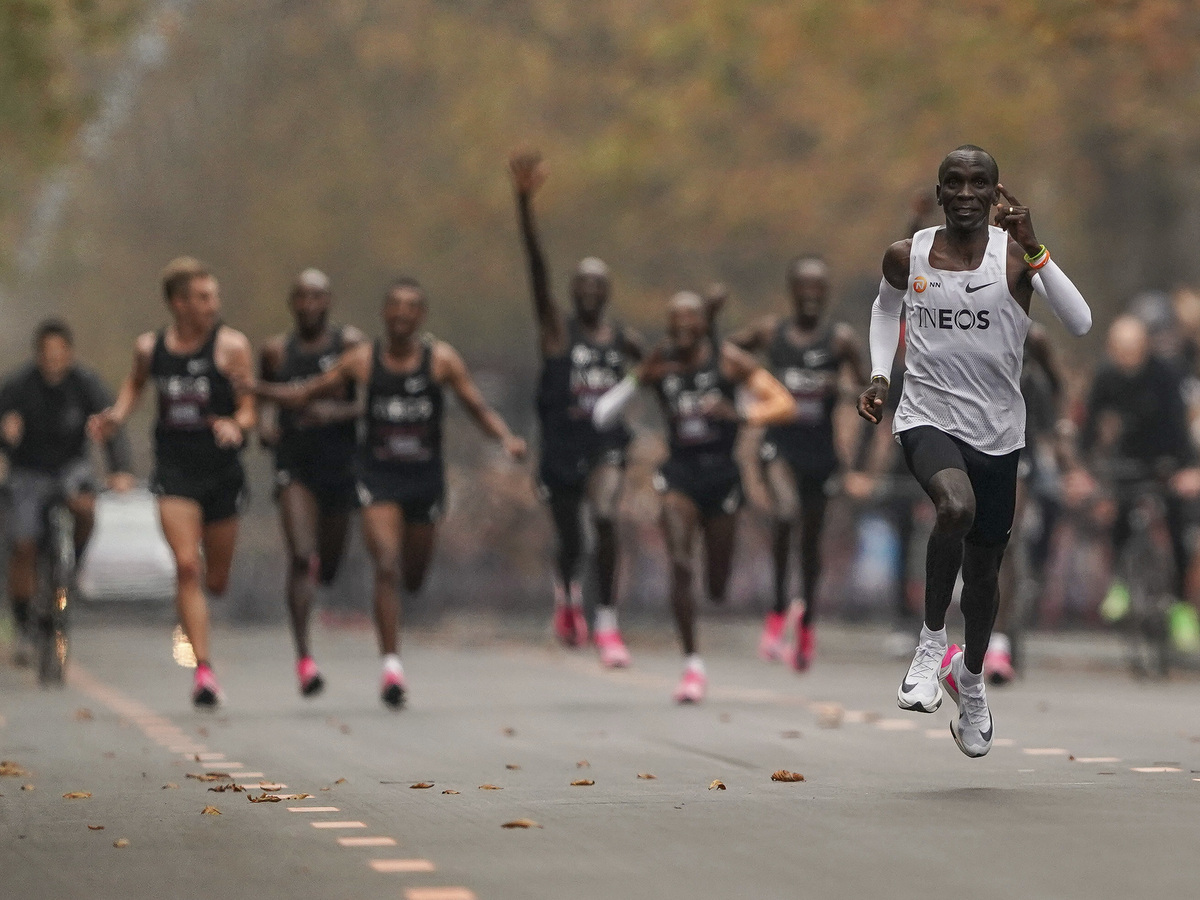 Last year, Eliud Kipchoge became the first athlete to run a marathon in less than two hours. He was wearing a type of shoe that reportedly will not be allowed in elite competition in the future.

International track and field's governing body is imposing new restrictions on which shoes can be worn in elite competition, following years of controversy over whether Nike's Vaporfly line of shoes gives athletes an unfair advantage.

On Friday, World Athletics stopped short of completely banning the entire Vaporfly line — but it rolled out stricter limits for shoes used in competition:

The new rules also state that as of April 30, 2020, "any shoe must have been available for purchase by any athlete on the open retail market (online or in store) for a period of four months before it can be used in competition."

Shoes that aren't on the market will be considered prototypes and not allowed.

"It is not our job to regulate the entire sports shoe market but it is our duty to preserve the integrity of elite competition by ensuring that the shoes worn by elite athletes in competition do not offer any unfair assistance or advantage," World Athletics President Sebastian Coe said in a statement. "As we enter the Olympic year, we don't believe we can rule out shoes that have been generally available for a considerable period of time, but we can draw a line by prohibiting the use of shoes that go further than what is currently on the market while we investigate further."

A press representative for World Athletics declined to indicate whether any Nike shoes would be banned under the new rules, and Nike did not immediately respond to a request for comment.

But running publications and a sports scientist say that one particular model of Nikes apparently won't be allowed in the future — a prototype dubbed the Alphafly, which is what Kipchoge was wearing when he smashed the two-hour marathon barrier on Oct. 12, 2019. Kenyan runner Brigid Kosgei was reportedly also wearing this type of shoe when she broke the women's marathon world record a day later in Chicago.

The Alphafly has a sole that is said to be thicker than the limit set by World Athletics, and it also contains three plates. Nike hasn't clarified what the sole height of this model is.

But it appears that a different model in the Vaporfly line — the Next% — will meet the new criteria. It has a single carbon fiber plate. "The performances of 2019, that 'recalibrated' running, thus continue," sports scientist Ross Tucker tweeted. "This is now a new normal, and means a 2:05 [men's marathon time] is no longer exceptional."

Earlier models of the Vaporfly, which was introduced in 2016, have been shown to improve an athlete's "running economy" by about 4%, according to Runner's World. One elite U.S. runner, Jake Riley, compared using the shoes to "running on trampolines," as the BBC reported.

World Athletics says a team of technical experts weighed in on what the revised rules should be. They concluded that "there is independent research that indicates that the new technology incorporated in the soles of road and spiked shoes may provide a performance advantage and there is sufficient evidence to raise concerns that the integrity of the sport might be threatened by the recent developments in shoe technology," the governing body said in the statement.

The old rules, according to the BBC, had simply stated that "shoes must not be constructed so as to give athletes any unfair assistance or advantage — and any type of shoe used must be reasonably available to all in the spirit of the universality of athletics."