Accessibility links
Shots Fired After SUV Storms Past Mar-A-Lago Checkpoints; 2 People In Custody "This is somebody that obviously was impaired somehow and is driving very recklessly," Palm Beach County Sheriff Ric Bradshaw told reporters. "I'm not so sure she knew where she was going." 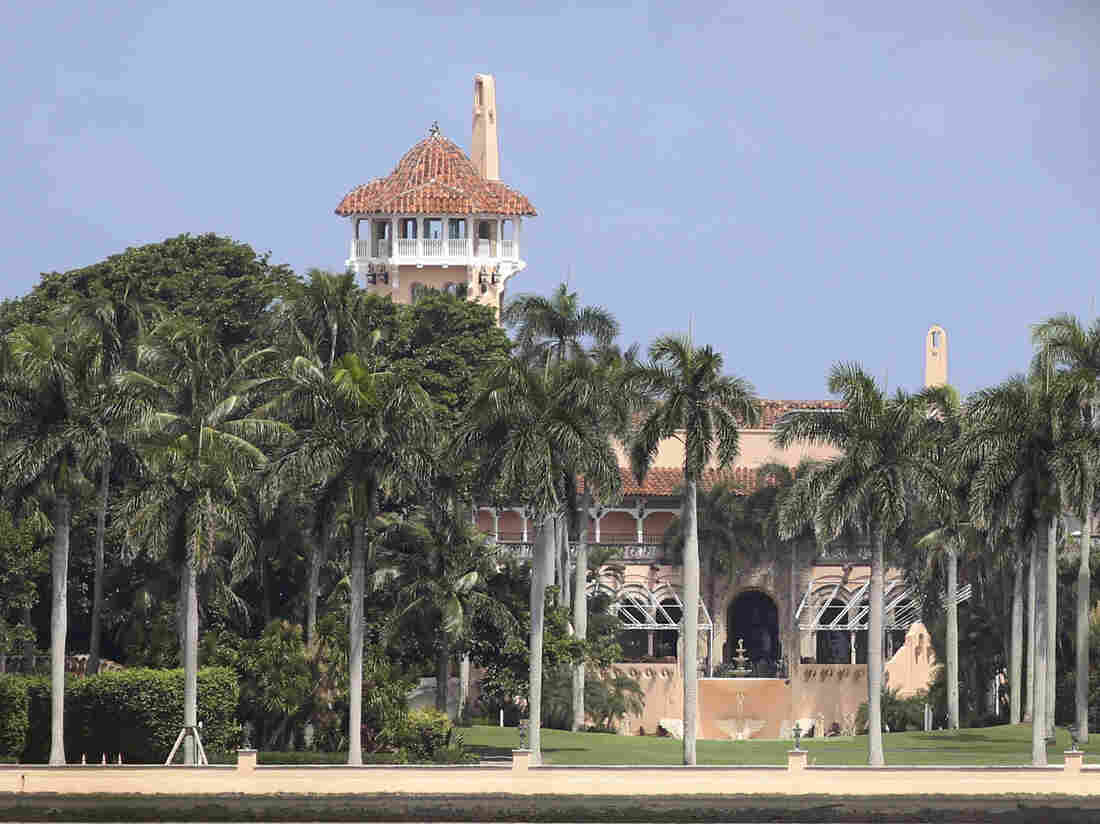 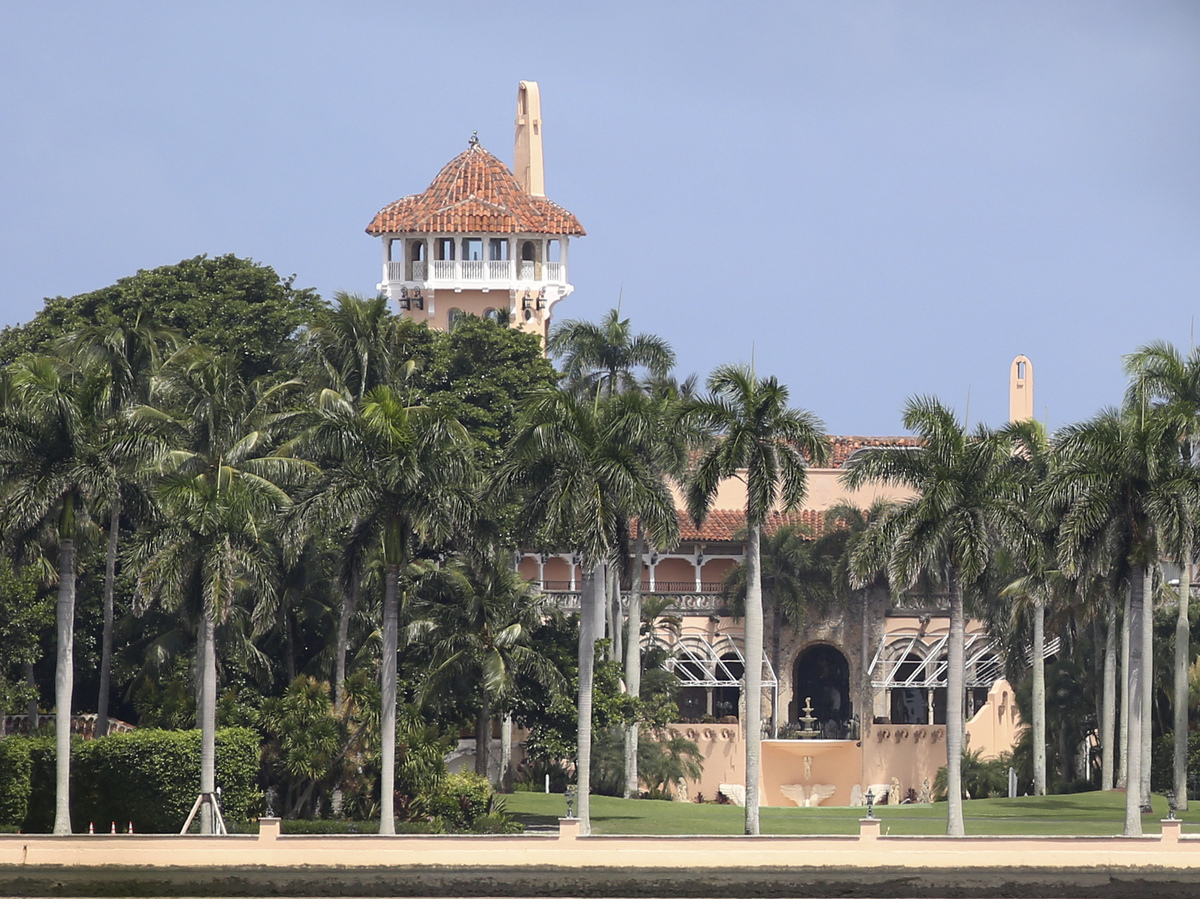 Two people are in custody after a bizarre and apparently unintentional security breach at President Trump's Mar-a-Lago resort on Friday in which authorities shot at a car, according to Florida officials.

"This is not a terrorist thing. This is somebody that obviously was impaired somehow and is driving very recklessly and endangering not only the public, but the law enforcement officers as well," Palm Beach County Sheriff Ric Bradshaw told reporters. "I'm not so sure she knew where she was going."

The president wasn't at the resort at the time, but he was expected to travel there later Friday.

The incident started when Florida Highway Patrol was alerted that a woman was "up on top of her car, doing some kind of dance" in the parking lot of The Breakers, another Palm Beach resort, at 11:38 a.m. local time, Bradshaw said.

She got into her black SUV as the FHP officer drove up and did not respond when he tried to get her attention, Bradshaw added.

"She wasn't acknowledging his presence there, even though he's banging on the window, yelling at her, trying to get her attention," Robert Chandler, troop commander of Florida Highway Patrol, told reporters.

"When she looked like she was going to put it in drive, he actually smashed the window out to try to grab the steering wheel," he said. She drove off, and the officer gave chase. He lost her in traffic but caught up with her near the outer perimeter checkpoints leading to the Mar-a-Lago area. According to Bradshaw, she was charging toward them at about 70 miles per hour.

"She crashed through the first checkpoint" and then the second checkpoint, said Bradshaw. "The deputies and the Secret Service agent that were there moved out of the way just in time."

At that point, deputies and Secret Service members opened fire on the car. They hit the car with multiple rounds but did not injure the driver, Bradshaw stated. The woman continued driving south, according to authorities, and the highway patrol officer lost the car as it crossed a bridge.

A short time later, authorities said, the black SUV was spotted near the airport, about 5 miles away from Mar-a-Lago. The trooper eventually caught up to her at a local motel as she was trying to flee into a room. "The trooper did a great job, tackled her and took her into custody there," Bradshaw added.

When the trooper apprehended the driver, she had another woman with her. Bradshaw said that officials suspect she picked up that woman after the Mar-a-Lago incident. It's not clear what their relationship is.

He identified the driver as 30-year-old Hannah Roemhild from Connecticut. It wasn't immediately clear whether she has a lawyer to offer comment.

Bradshaw maintained that she was not "remotely close" to entering the inner perimeter of Trump's resort.

The FBI is investigating the incident with the Secret Service and Palm Beach Sheriff's Office. George Piro, the special agent in charge of the FBI Miami Field Office, said authorities could potentially file federal charges over the potential assault of federal officers during this incident. Bradshaw said she could also face other assault charges and penalties for traffic violations.