Accessibility links
Trump Administration Loosens Obama-Era Restrictions On Land Mine Use The White House says it's lifting a ban on the weapon's use outside the Korean Peninsula. The administration calls it an "important tool," though statistics show it is most dangerous to civilians. 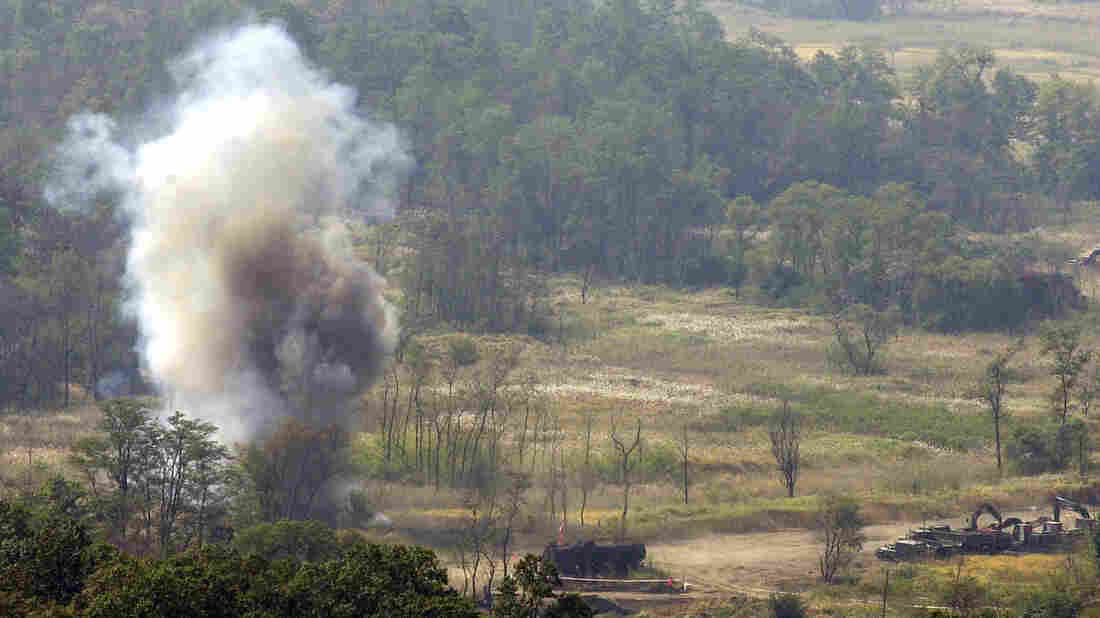 Smoke rises after South Korean soldiers set a blast to remove land mines in the Demilitarized Zone in 2002. The Korean Peninsula had been the last region the U.S. military was allowed to use the weapon — until Friday, when the Trump administration lifted the Obama-era restriction. Yun Jai-Hyoung/AP hide caption 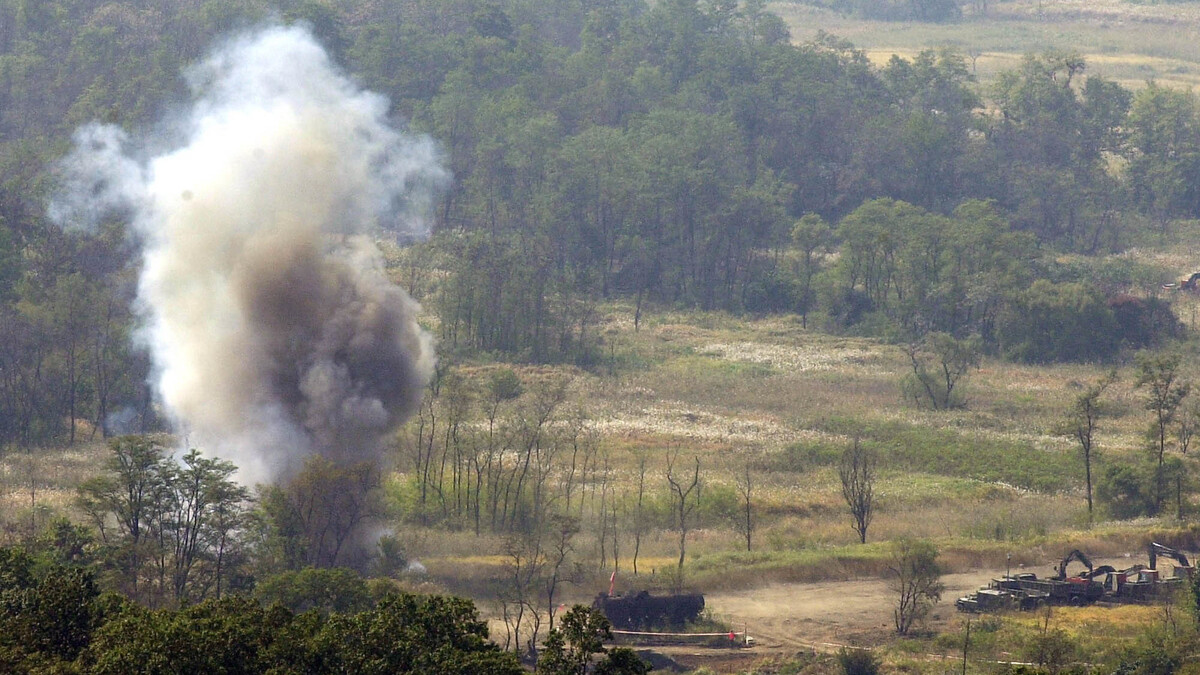 Smoke rises after South Korean soldiers set a blast to remove land mines in the Demilitarized Zone in 2002. The Korean Peninsula had been the last region the U.S. military was allowed to use the weapon — until Friday, when the Trump administration lifted the Obama-era restriction.

The Trump administration has lifted a ban on the U.S. military's use of anti-personnel land mines outside of the Korean Peninsula. In a statement released Friday, the White House said the ban — implemented under the Obama administration — interfered with the president's "steadfast commitment to ensuring our forces are able to defend against any and all threats."

"The Department of Defense has determined that restrictions imposed on American forces by the Obama Administration's policy could place them at a severe disadvantage during a conflict against our adversaries," said press secretary Stephanie Grisham. "The President is unwilling to accept this risk to our troops."

In its statement, the administration said a new Defense Department policy will lay out how and when, "in exceptional circumstances," U.S. military commanders can deploy land mines equipped with self-destruct/self-deactivation mechanisms.

The announcement represents a break with the scores of countries around the world that have banned the weapon's use. More than 160 countries, including NATO allies the U.K. and France, are party to the Convention on the Prohibition of the Use, Stockpiling, Production and Transfer of Anti-Personnel Mines and on their Destruction — better known as the Mine Ban Treaty, agreed on in 1997 and implemented in 1999.

But the U.S. has never been among them. Despite President Clinton's 1994 call for the weapon's elimination, and despite the Obama administration's 2014 decision to largely ban their use, Washington has been reluctant to attach itself to the agreement.

So have several dozen other countries, including fellow U.N. Security Council members China and Russia. And there's the rub, according to Lt. Gen. Ben Hodges, a former commander of U.S. Army Europe.

"I've seen nothing in my study of Russian or Chinese history that gives me any confidence that they would respect international law. So this is about being able to protect allies and protect our own troops," Hodges told NPR.

Critics are highly skeptical of the weapon's capacity to act as advertised. Land mines cause thousands of reported casualties each year, the vast majority of which impact civilians, not military forces.

As the Landmine and Cluster Munition Monitor noted in a report last year, 71% of the casualties caused by land mines in 2018 were civilians. That share actually represents a dip from previous years, when the percentage of civilian casualties climbed as high as 87%.

"This dreadful policy decision is another dangerous change for this administration that further withdraws the United States from the global norm," Jeff Abramson, senior fellow at the Arms Control Association, said in a statement Thursday anticipating the move. "This follows earlier steps such as making it easier to use cluster munitions, contrary to the Convention on Cluster Munitions, and ending support for the Arms Trade Treaty — both treaties widely backed by US allies."

"​The world has moved on from the use of landmines," he added. "The United States should too."

"The current policy, limiting the use of this inherently indiscriminate weapon to the Korean Peninsula, is the culmination of nearly 30 years of incremental steps, taken by both Democratic and Republican administrations after extensive analysis and consultation, toward the growing global consensus that anti-personnel mines should be universally banned," Leahy said.

"The Congress," he added, "must be consulted before any decision that would reverse the gains we have made toward ending the carnage caused by landmines."

Still, Defense Secretary Mark Esper, at a joint news conference Friday with his Italian counterpart, defended the move as the product of close consideration from the Pentagon.

"I think land mines are an important tool that our forces need to have available to them in order to ensure mission success and in order to reduce risk to forces," he told journalists.

"That said, in everything we do, we also want to make sure that these instruments — in this case, land mines — also take into account both the safety of employment and the safety to civilians and others after a conflict."