Accessibility links
DNC Debate Rules Could Allow Mike Bloomberg On Stage The Democratic National Committee is eliminating the requirement for candidates to show grassroots donor support in order to appear in the Nevada debate on Feb. 19. 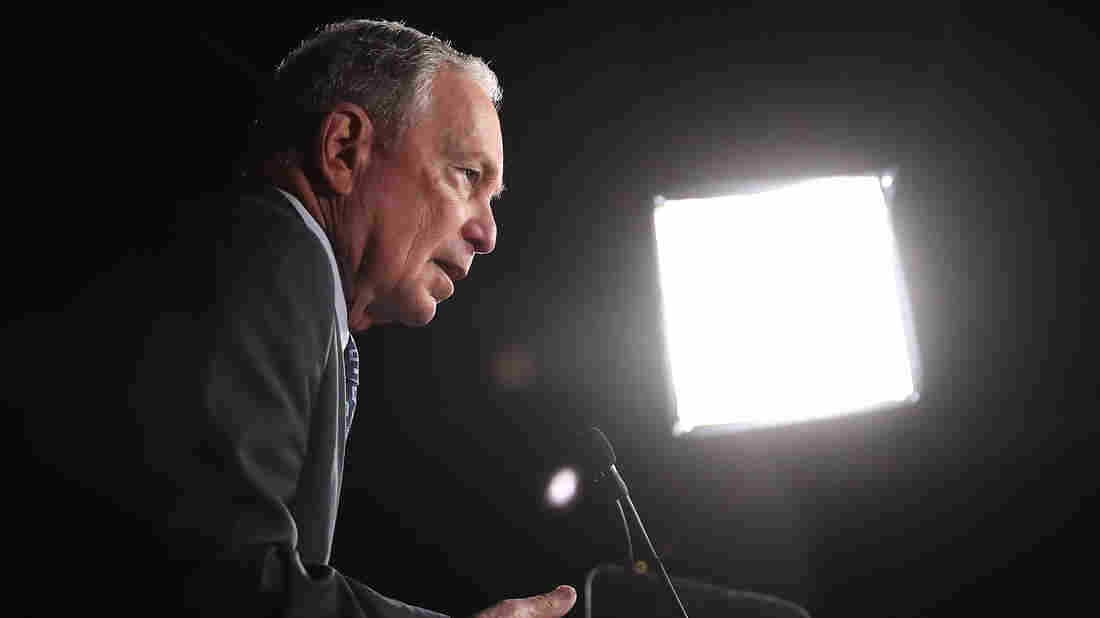 Former New York City Mayor Michael Bloomberg, who made a relatively late entry into the 2020 Democratic presidential primary, could soon be on a debate stage for the first time after the party dropped its requirement of grassroots fundraising support. Mark Wilson/Getty Images hide caption 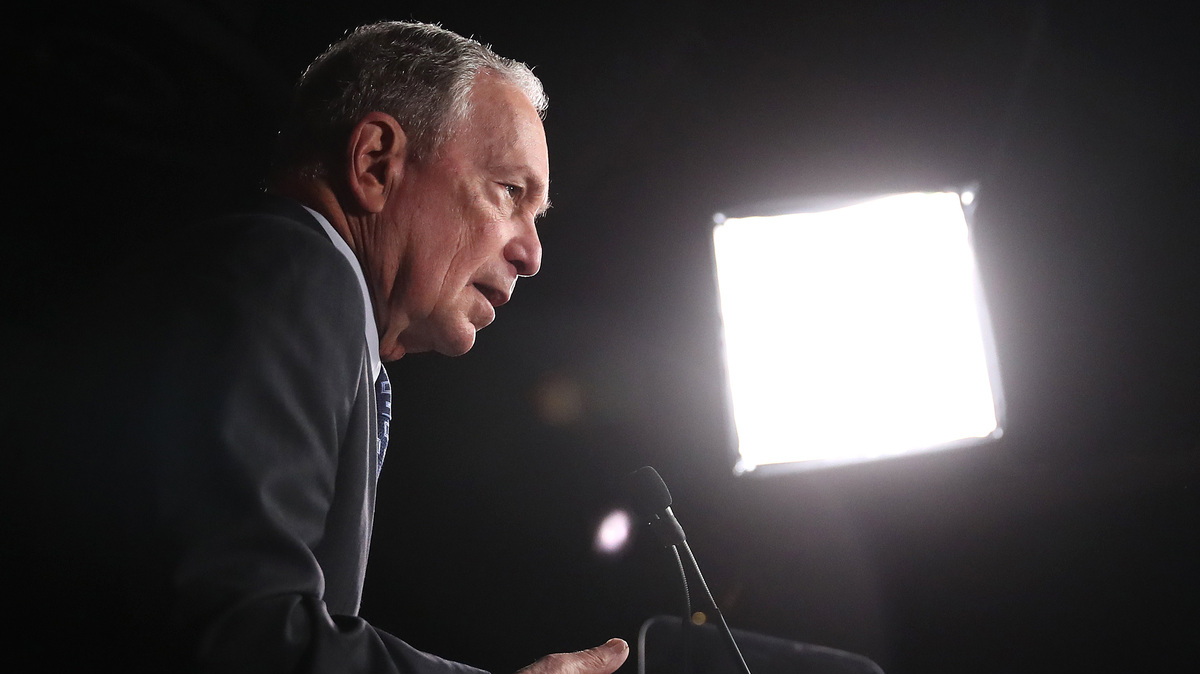 Former New York City Mayor Michael Bloomberg, who made a relatively late entry into the 2020 Democratic presidential primary, could soon be on a debate stage for the first time after the party dropped its requirement of grassroots fundraising support.

The Democratic National Committee announced new rules for getting on stage for the party's Feb. 19 debate in Nevada — and they have the potential to shake up who is on the stage.

The new qualification standards scrap the grassroots funding support threshold that candidates have had to meet for prior debates. That means former New York Mayor Michael Bloomberg, a billionaire who is self-funding his campaign and is not soliciting donations, could make his first appearance on stage.

The DNC said Friday that candidates have three paths to the Nevada debate stage. They could reach 10% support in a combination of four national polls or state polls from Nevada or South Carolina; 12% support in two polls from Nevada or South Carolina or both; or get a convention delegate in Iowa and New Hampshire, which hold their respective caucus and primary earlier in February.

All of the party's previous debates had included a fundraising element, and candidates had been required to meet both a polling threshold and demonstrate grassroots fundraising support since September.

DNC chairman Tom Perez and his aides have said for months that the party would likely shift to qualifying standards based on actual results once voting began. But the move is nonetheless significant given Bloomberg's unique presence in the race.

Bloomberg's campaign manager, Kevin Sheekey, said in a statement, that "we are thrilled that voters could soon have the chance to see Mike Bloomberg on the debate stage, hear his vision for the country, and see why he is the strongest candidate to defeat Donald Trump and bring our country together. "

"Mike has run for office three times and never taken a dime from special interests, allowing him to act independently, on the merits, without having to do what donors expect. He is proud to be doing the same with this campaign," Sheekey added.

As the Democratic National Committee tightened its debate qualification standards over the course of the last year, some candidates who did not qualify to participate in the debates pushed for more inclusive rules.

Former candidates Julián Castro and Cory Booker were at the forefront of that push, and publicly raised concerns at the fact that the candidates who qualified for later debates were overwhelmingly white.

For Some Iowa Voters, Caucuses Remain A Barrier To Participation

And as it became increasingly likely that he would not qualify for the debate held earlier this month in Iowa, Mr. Yang wrote a letter to Mr. Perez suggesting that the DNC commission more qualifying polls.

S.Y. Lee, a spokesman for Yang, wrote on Twitter that it's a "mistake" for the committee to "change the rules for debates in the middle of this race to yield to a billionaire. We need to respect the grassroots movement leading this party forward. "

Some Democrats had been encouraging the Democratic National Committee to allow Bloomberg to participate. Minnesota Sen. Amy Klobuchar told MSNBC this week that she'd be fine with Bloomberg participating in debates "because I think that instead of just putting your money out there, he's actually got to be on the stage and be able to go back and forth so voters can evaluate him in that way."

The campaign of Vermont Sen. Bernie Sanders had a different reaction. "To now change the rules in the middle of the game to accommodate Mike Bloomberg, who is trying to buy his way into the Democratic nomination, is wrong. That's the definition of a rigged system," said senior adviser Jeff Weaver in a statement.

Former Massachusetts Gov. Deval Patrick, who entered the race in November as Bloomberg did, is unlikely to make the stage. His campaign manager expressed frustration on Twitter about the move.

Two candidates, @DevalPatrick and @MikeBloomberg entered the race in mid-November. The rules are now being bent to give only one of those candidates a chance to make their case to the American people. Hint: it’s not the one who was the first black governor of Massachusetts.