Accessibility links
Former Ambassador Marie Yovanovitch, Key Figure In Impeachment Trial, Retires The career diplomat, who served as ambassador to Ukraine, became a key figure in the impeachment of President Trump, was forced out of her post in May. 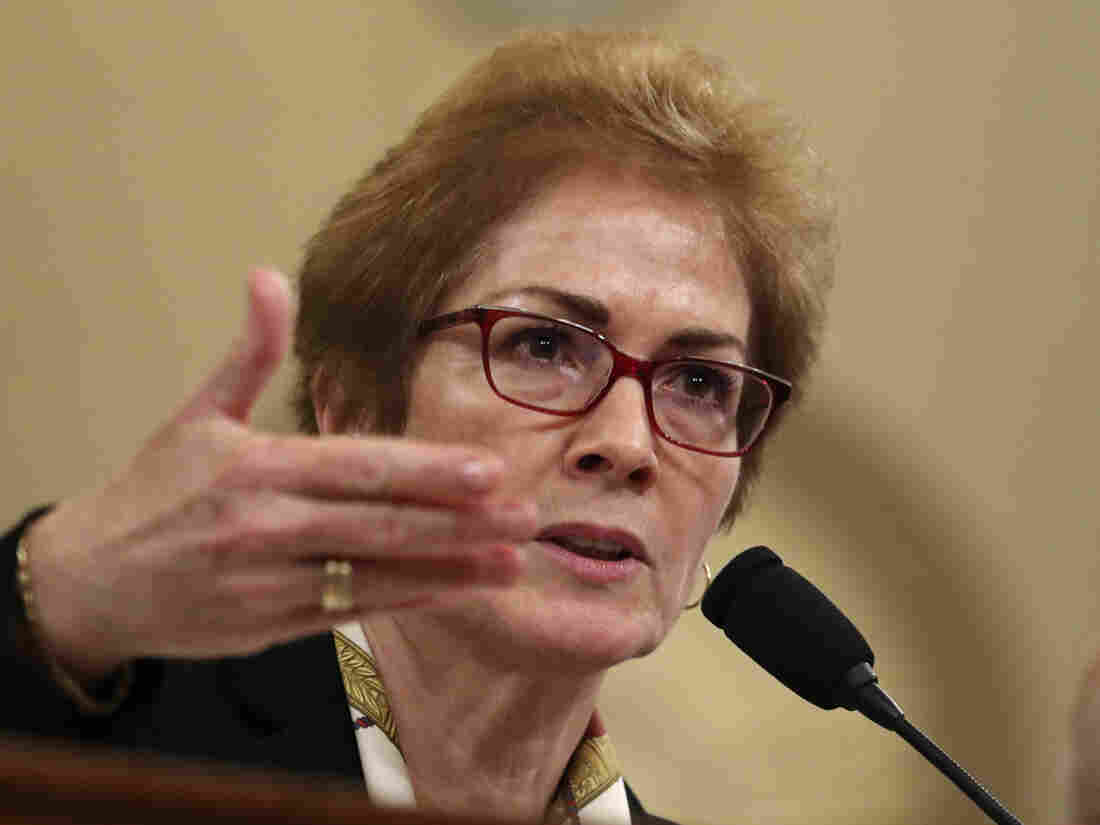 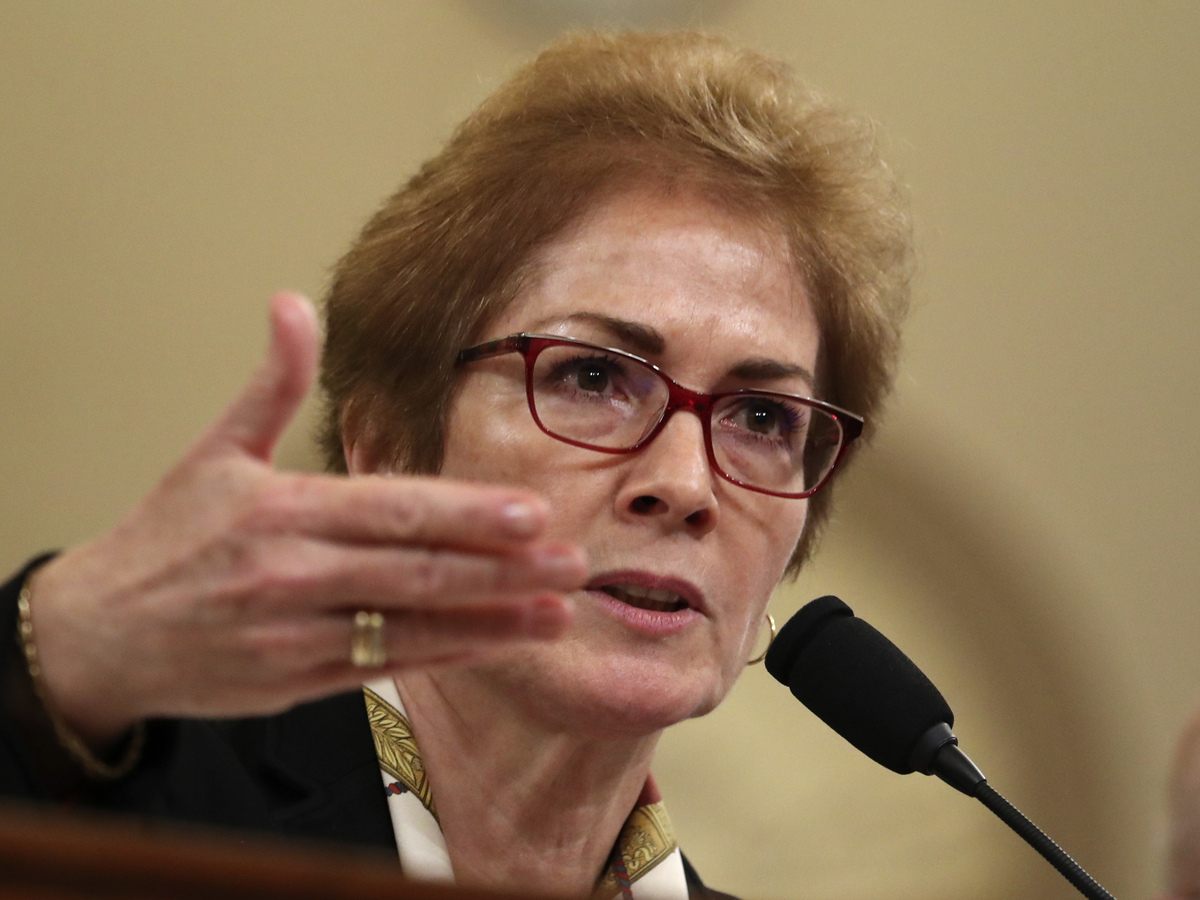 Former U.S. Ambassador to Ukraine Marie Yovanovitch testifies before the House Intelligence Committee on Capitol Hill in Washington in November.

The former U.S. ambassador to Ukraine, Marie Yovanovitch, who accused the Trump administration of a "smear" campaign against her, has retired from the foreign service, NPR has learned.

The career diplomat was abruptly forced out of her post in Ukraine amid accusations of disloyalty in a scheme allegedly involving President Trump's personal attorney Rudy Giuliani and two of Giuliani's associates, Lev Parnas and Igor Fruman, who were arrested and charged with campaign finance violations in October.

After her recall in May, Yovanovitch remained on the State Department payroll, teaching at Georgetown University. But sources tell NPR that she has officially left the department.

Yovanovitch had served presidents of both parties during a 33-year career in the foreign service, which included posts in some of the world's most challenging countries.

Her ouster has become a key topic in the president's impeachment and Senate trial. In testimony before the House Intelligence Committee's impeachment inquiry in November, Yovanovitch accused Giuliani of leading an "irregular channel" of diplomacy between the U.S. and Ukraine that was driven by the business interests of private individuals.

"These events should concern everyone in this room," Yovanovitch said. "Shady interests the world over have learned how little it takes to remove an American ambassador who does not give them what they want."

She added that in the days leading up to her removal, she was told to "watch my back"

"She's going to go through some things," Trump added in the call.

Yovanovitch testified that the State Department said she was being recalled over concerns about her security.

A federal indictment, unsealed in October, alleges that Giuliani associates Parnas and Fruman met with a congressman with the aim of removing Yovanovitch from her post. According to the documents, the two committed to raising $20,000 for the unnamed congressman.

In an interview earlier this month, Parnas said Trump pushed to fire Yovanovitch four or five times. Parnas also handed over text messages to Congress suggesting that Robert Hyde, a retired Marine running for Congress as a Republican in Connecticut, had the ambassador under surveillance in Kyiv.

The State Department says it is investigating the possible surveillance of Yovanovitch.

Her ouster has become a key topic in the president's impeachment and Senate trial.

Secretary of State Mike Pompeo has disputed that there were efforts by Trump or Giuliani to circumvent established diplomatic channels in favor of a shadow foreign policy.

"The Ukraine policy has been run from the Department of State for the entire time that I have been here, and our policy was very clear," Pompeo told NPR last week.