Accessibility links
Mexico's President May Raffle Off Official Plane — And Mexicans Find It Hilarious If you're in the market for a Boeing 787 Dreamliner, look no further: Mexico's leader has just the plane for you, and he's apparently struggling to find a buyer. 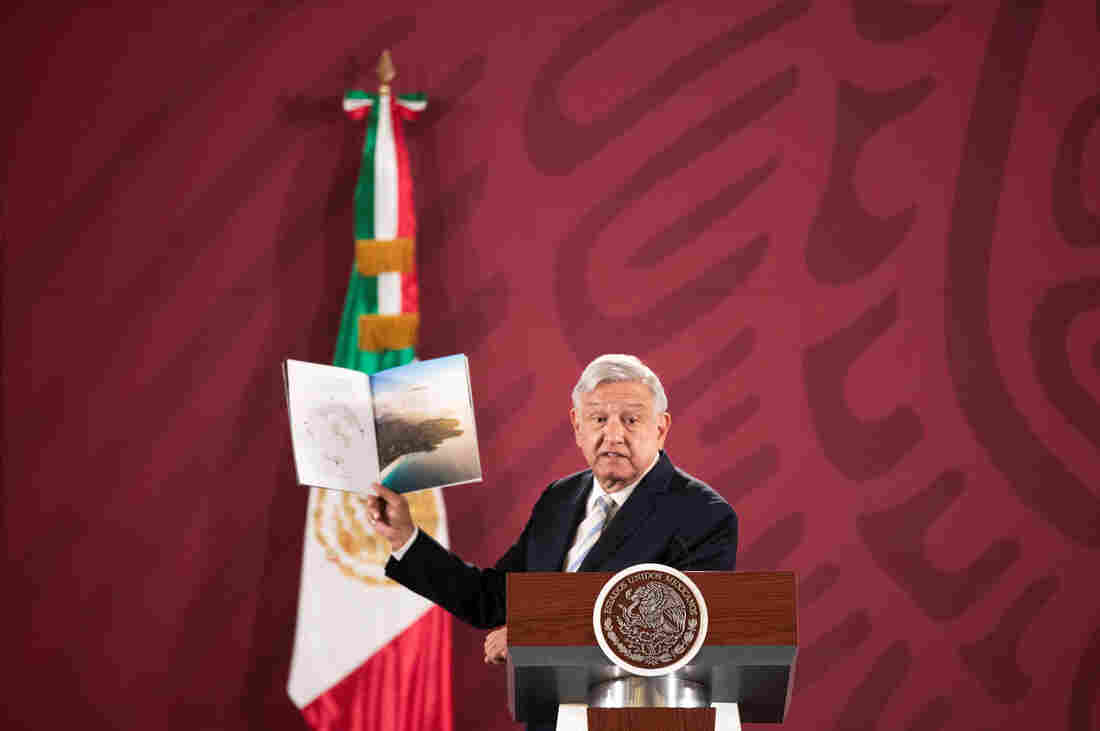 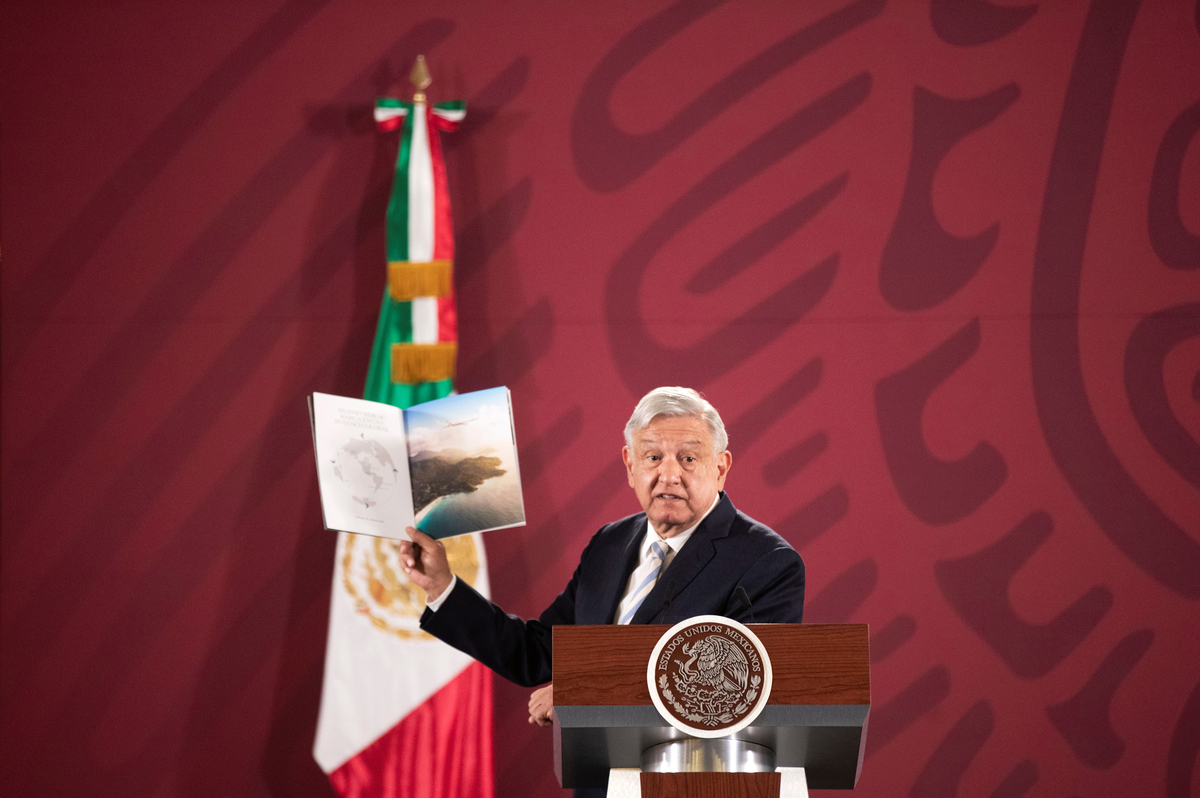 Mexican President Andrés Manuel López Obrador shows a brochure of the 787 Dreamliner belonging to the Mexican Presidency, during a news conference at the National Palace in Mexico City on Jan. 14.

Mexico's president is gearing up for a national raffle. The prize? The presidential plane. It's like Mexico's Air Force One, but the president refuses to step foot in it.

The plane, a Boeing 787 Dreamliner, has long been a symbol of government excess in the eyes of President Andrés Manuel López Obrador. He loves to rail on what he calls Mexico's corrupt political class, especially by pointing to the plane and those who bought and used it.

Former President Felipe Calderón ordered the jet in 2012. It was delivered four years later and used by his successor, Enrique Peña Nieto. With the plane's reported $218.7 million price tag, full bedroom, private bath and conference room, López Obrador has repeatedly said it is far "too luxurious for a country as poor as Mexico."

Soon after taking office in December 2018, López Obrador sent the plane to a hangar in Victorville, Calif., and searched for a buyer. But a year later, with maintenance costs mounting to more than $1 million, he brought the Dreamliner home to look for other alternatives.

At a news conference on Tuesday, López Obrador unveiled a prototype ticket for the raffle. "We already have an example done, design and all, that I am going to show you," the president said, standing in front of a large projected image of the ticket. Many reporters laughed out loud. 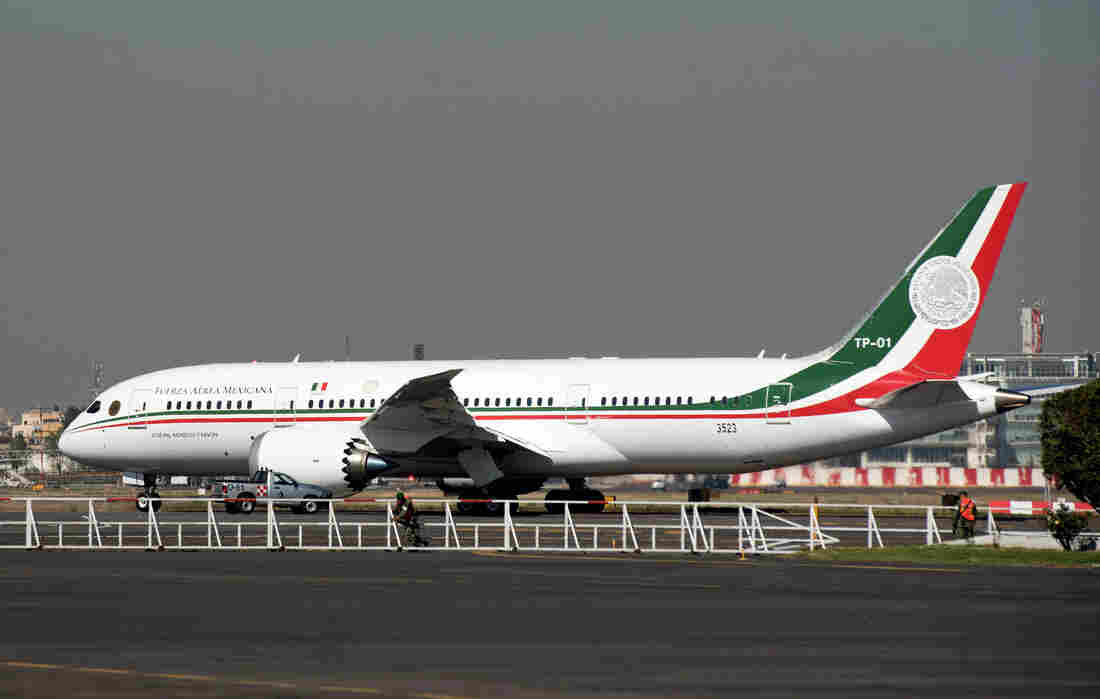 Mexico's presidential airplane, a Boeing 787 Dreamliner, has returned home after spending a year in a hangar in Victorville, Calif. Alejandro Melendez/AFP via Getty Images hide caption 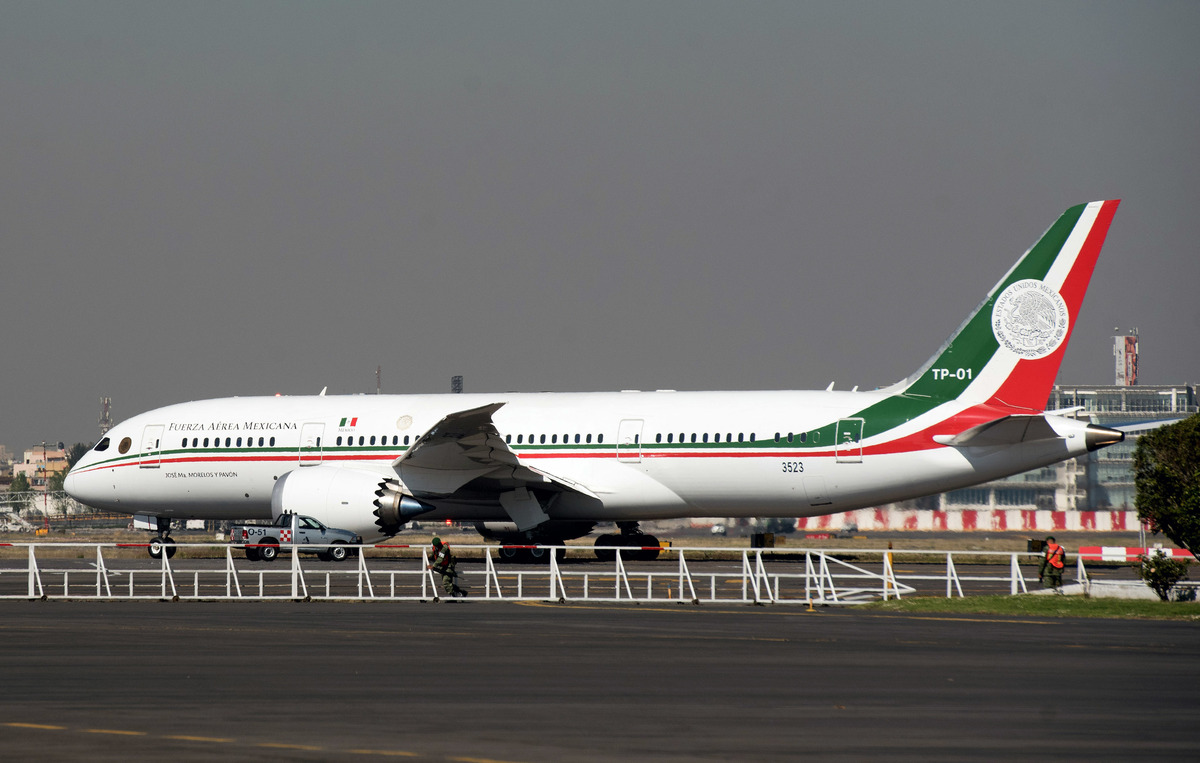 Mexico's presidential airplane, a Boeing 787 Dreamliner, has returned home after spending a year in a hangar in Victorville, Calif.

Gesturing for the press corps to quiet down, López Obrador pointed to a few lines at the bottom of the image. It says the ticket fee of 500 pesos (about $27) will go toward medical equipment and hospitals offering free care for the poor. It also shows the raffle date: May 5 — Cinco de Mayo, a Mexican holiday.

"It feels like he's pulling our leg, he must be joking," 34-year-old Ramsi Jiménez says when asked about the plane raffle near downtown Mexico City. Most people stopped on the street by NPR waved off any questions, saying it wasn't worth their time to discuss what they considered frivolous topics. Critics of the president worry he is creating a spectacle to distract from Mexico's record homicide rate and violence.

But there are others who are having a field day over the subject, taking to song and social media.

One spoof, set to a catchy cumbia beat, makes fun of the whole saga with the chorus posing the question on everyone's mind: What would you do if you won the plane?

That burning question has lit up the Internet. There are drawings of the aircraft converted into a huge taco truck, living quarters for a whole extended family, or one of Mexico's ubiquitous public minibuses.

Then of course there's the problem of where you would park the 187-foot-long craft. Online memes abound of doctored images showing the plane vying for space on the street or in a home garage.

Or in a small driveway of the sprawling subdivisions built by Mexico's federal housing authority.

The president says he hopes to sell as many as 6 million tickets to bring in at least $150 million, $20 million above what a United Nations technical assistance agency determined was the market value. The winner would also receive assistance with at least a year of maintenance and could store the plane at a military airfield or Mexico City's airport.

López Obrador gets around the country on commercial flights and hasn't taken an international trip since taking office.

The Mexican president is still hoping a buyer will come along.

In his conference Tuesday, he said he had offered to sell it to Canada, boasting that the Mexico's jet is bigger and better than Canadian Prime Minister Justin Trudeau's official airplane.

Mexico's leader says that if he can't sell the plane by Feb. 15, he'll hold the raffle.

If López Obrador can't find a buyer, Mister Cumbia, as the spoof singer is known, has a suggestion. As he sings in the chorus of his YouTube hit, hopefully he'll win the plane, then lend it back to the president.