Accessibility links
Actor And Filmmaker Isabella Rossellini Plays Not My Job On 'Wait Wait' Normally we might invite a famous actor onto our show to answer far-out questions about animal behavior or something ... but the problem is, Isabella Rossellini knows all that stuff. 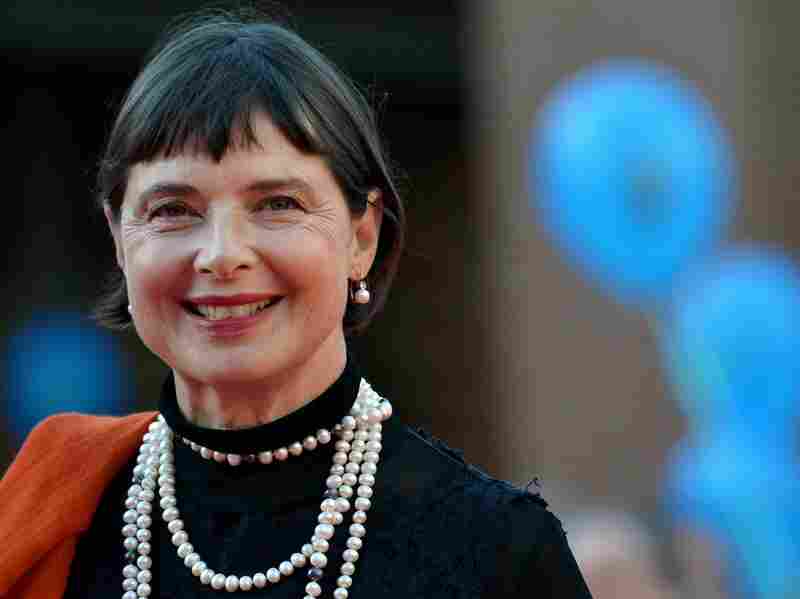 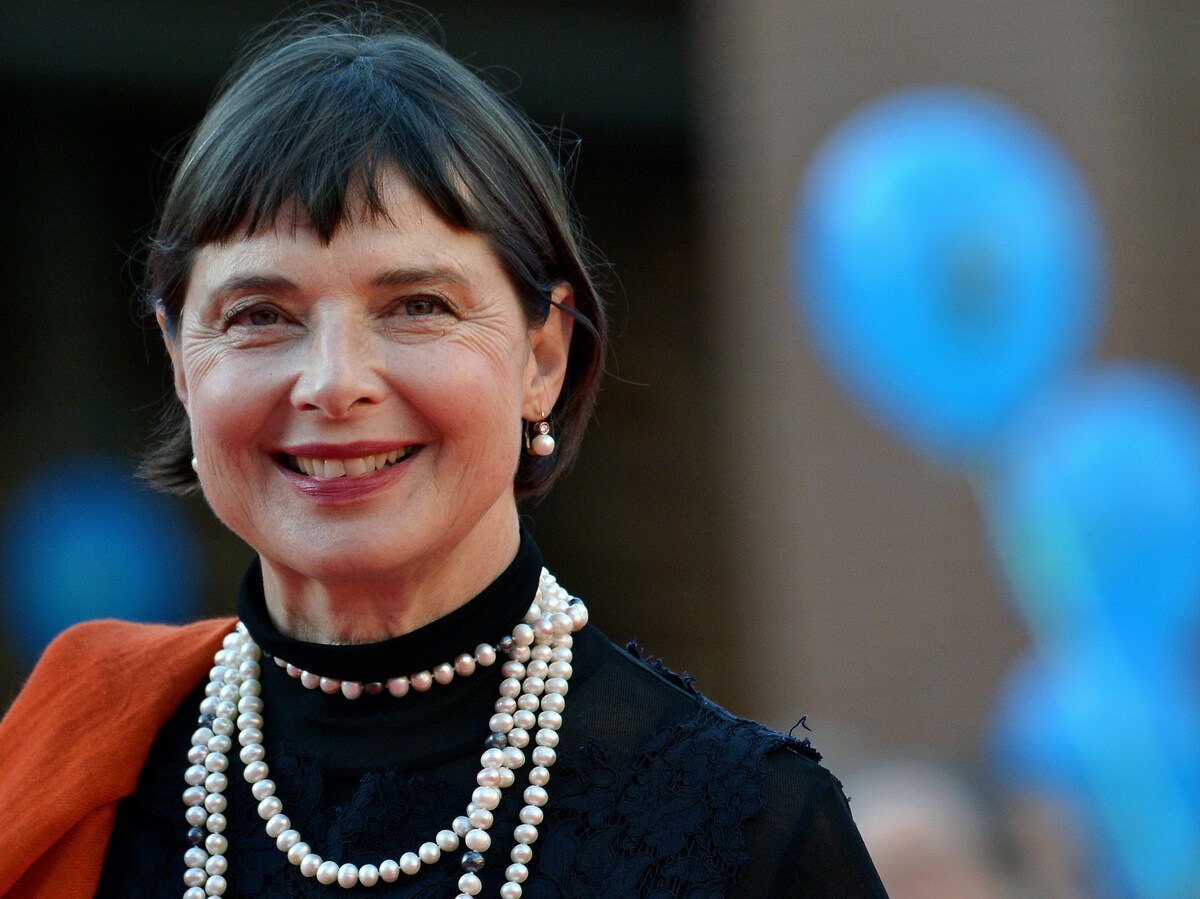 And now the game where we ask famous people about obscure things. Isabella Rossellini was born to what might have been the most famous couple in the entire world, Ingrid Bergman and Roberto Rossellini. She grew up to be an actor and model herself and then did exactly what you would expect from somebody descended from Hollywood royalty. She got a master's degree in biology and made a series of films about animal sex.

SAGAL: She has a new film of her live show about animal behavior called "Link Link Circus." Isabella Rossellini, welcome to WAIT WAIT... DON'T TELL ME.

ISABELLA ROSSELLINI: (Laughter). Oh, thanks so much.

SAGAL: Now, I did want to talk to you, before we get to your work, a little bit about your parents. I don't know how many people know this, but your mother was - Ingrid Bergman was perhaps the greatest movie star of her age - "Casablanca" and "Gaslight." And your father, Roberto Rossellini, great Italian film director. And how old were you when you realized that your family was not like other people's families?

ROSSELLINI: (Laughter) Well, you know, it took me a while. I didn't understand - you know, I think when you're a child, your family is your family. So I remember that when I went to school, I asked - maybe about 7 or 8 years old - I asked my student to - is my mother - how famous is she? Like Joan Crawford - is she the same as Greta Garbo? I needed a kind of thermometer that other people can give me because for me, I couldn't gauge how famous they were.

SAGAL: You decided to become an actor yourself. Was that something that you resisted because it was your family business or something you embraced?

ROSSELLINI: I did resist it for a long time because I thought that I couldn't be as good as my parents or that I was always going to be compared to them. So I first became a model. Then, in my 30s, I decided to move into acting - which was something that was always offered to me, but I always declined it.

SAGAL: ...Because this is what I'm interested in. You did...

SAGAL: Let me rephrase that.

SAGAL: That is an academic subject which I find fascinating.

ROSSELLINI: It is fascinating. It's very funny (laughter).

ROSSELLINI: And that's why I made - I started making funny films about how different animals mate and reproduce.

SAGAL: ...Of the series of films. And in it - they're not just lectures. You actually depict the animal. You have these costumes and these sets in which you'll do a piece about, say, the mating habits of ducks.

SAGAL: And you, Isabella Rossellini, are a duck.

ROSSELLINI: I have to tell you that ducks are very special. We always think that courtship is what you need for the female to say yes or no. But ducks have a different method. They evolved a very labyrinthic vagina. A lot of ducks jump on them, and they all try to make love to them. So they have evolved a vagina with several canals they can control, so if they're penetrated by a duck they didn't want to be the father of their babies, they send them to a dead end.

ROSSELLINI: But if they're penetrated by the duck they like, then that (unintelligible) the right canals that leads it to the eggs, so it has babies.

MAZ JOBRANI: That's why Daffy Duck didn't have any kids.

SAGAL: So I - like, there are films about bugs and snails in which Ms. Rossellini depicts all of them, and they're amazing. But how in the world did you get interested in that stuff? That seems like such a...

ROSSELLINI: I always was interested in animal behavior in general. And then to Sundance, they have a television channel, and they have several other institution. I mean, the most known is the film festival...

ROSSELLINI: And I made a series of 40 short films. You know, they all start with me saying, oh, if I were a fly - and then I transform myself into a fly. Of course, having been a model for many years, I know how to do costumes.

ROSSELLINI: It's amazing the way that you can reproduce.

JOBRANI: How do snakes do it?

ROSSELLINI: Oh, snakes - you know, they have a double penis.

FAITH SALIE: Do the penises compete, or do they work as a team?

ROSSELLINI: No. Generally - you know, so surprisingly, they only use one at the time.

JOBRANI: Is it penises or penii (ph)?

SAGAL: Well, Isabella Rossellini, we could talk to you about that all day.

ROSSELLINI: Sex is a fascinating subject.

SAGAL: And I just want to say - and, Isabella, this is for our audience here in Chicago - there is a little boy sitting right there...

SAGAL: ...Which has made this whole conversation...

ROSSELLINI: I mean, it's nature.

SAGAL: ...So comfortable for me.

ROSSELLINI: It's nature. We haven't said anything...

SAGAL: That's true. You either made things really difficult for him and his parents when they leave.

SAGAL: Or you've saved them a conversation, so...

GONDELMAN: Now, look. It's time to have the talk about the snake and the snake.

GONDELMAN: When two snakes love each other very much...

GONDELMAN: Am I helping?

SAGAL: You are. You are.

SAGAL: Well, Isabella Rossellini, we are so delighted to talk to you. But we've asked you here to play a game we're calling...

BILL KURTIS: Make a Run for the Border.

SAGAL: Your name is Isabella. So we're going to ask you three questions about Taco Bell-a.

SAGAL: Answer three questions about the popular fast food franchise Taco Bell, get two right, you'll win our prize for one of our listeners. Bill, who is Isabella Rossellini playing for?

SAGAL: So here's your first question. People who love Taco Bell truly love Taco Bell as proved by which of these real life cases? A, in 2016 a Florida man woke up from a seven-week coma. And the first words he said were, quote, "I want Taco Bell." B, a woman turned herself permanently orange trying to create the bright orange powder from Doritos Tacos Locos. Or C, a woman in Florida named her three children crunch wrap, crunch wrap supreme and an extra crunch wrap supreme.

GONDELMAN: Well, now you know who the favorite is.

ROSSELLINI: Oh, look at that.

SAGAL: Guy was in a coma.

SAGAL: Guy was in a coma for seven weeks, completely insensate. One day, his brother's sitting there. He opens his eyes and says, I want Taco Bell. And let me tell you something, ladies and gentlemen, he got it.

ROSSELLINI: Good for him.

GONDELMAN: In Florida, that is a medical treat.

SAGAL: All right. Here's your next question. As you may know, Taco Bell has a reputation for being the food of choice for drunk or stoned people. That was a reputation that was confirmed when which of these happened? A, in 2011, a man in Florida was so drunk he showed police a Taco Bell taco thinking it was his driver's license. B, Taco Bell reports that 1 in 4 customers take out their money to pay and say, isn't it weird, this is just paper and you give me food for it? Or C, Taco Bell Incorporated has created its own special branded cannabis line called live mas baked.

ROSSELLINI: No. The one that he's surprised about the paper - that money is paper, and you just give paper and you get food. I can understand that is a surreal moment.

SAGAL: No. And I love that you chose it. The answer, of course, was A, the man in Florida who was so drunk he showed - he actually was asleep in his truck in the Taco Bell line.

SAGAL: All right. You still can win at all. Isabella, here we go - your last question. It seems like Taco Bell can do no wrong. But in 2017, they tested one product that never caught on with their customers. What was it? A, the caviar chalupa. B, the nacho suppositorio. Or C, the Kit Kat quesadilla.

ROSSELLINI: What about the Kit Kat?

SAGAL: What about the Kit Kat?

SAGAL: It was a dessert item, of course. And it did not succeed. Bill, how did Isabella Rossellini do on our quiz?

KURTIS: Isabella, you won because two out of three right is a win.

SAGAL: Isabella Rossellini's stage show "Link Link Circus" is touring the West Coast this February. More information can be found on her Instagram page. That's @isabellarossellini. Isabella, what an absolute pleasure to talk to you. Thank you so much for joining us...

ROSSELLINI: Thank you so much. Thank you...

SAGAL: What a joy.

ROSSELLINI: ...For having me.

ELLA FITZGERALD: (Singing) Birds do it. Bees do it. Even...

SAGAL: In just a minute, it's still looking a lot like Christmas in our Listener Limerick Challenge. Call 1-888-WAIT-WAIT to join us on the air. We'll be back in a minute with more of WAIT WAIT... DON'T TELL ME from NPR.

KURTIS: From NPR and WBEZ Chicago, this is WAIT WAIT... DON'T TELL ME, the NPR news quiz. I'm Bill Kurtis. We're playing this week with Josh Gondelman, Maz Jobrani and Faith Salie. And here again is your host at the Chase Bank Auditorium in downtown Chicago, Peter Sagal.