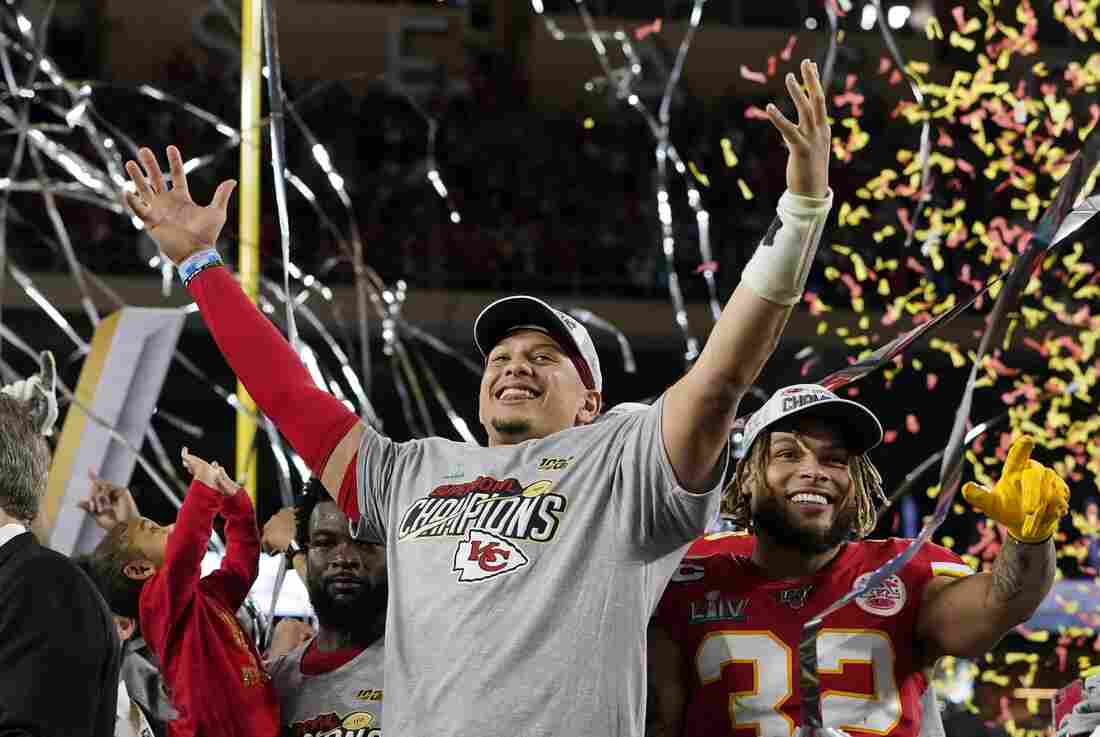 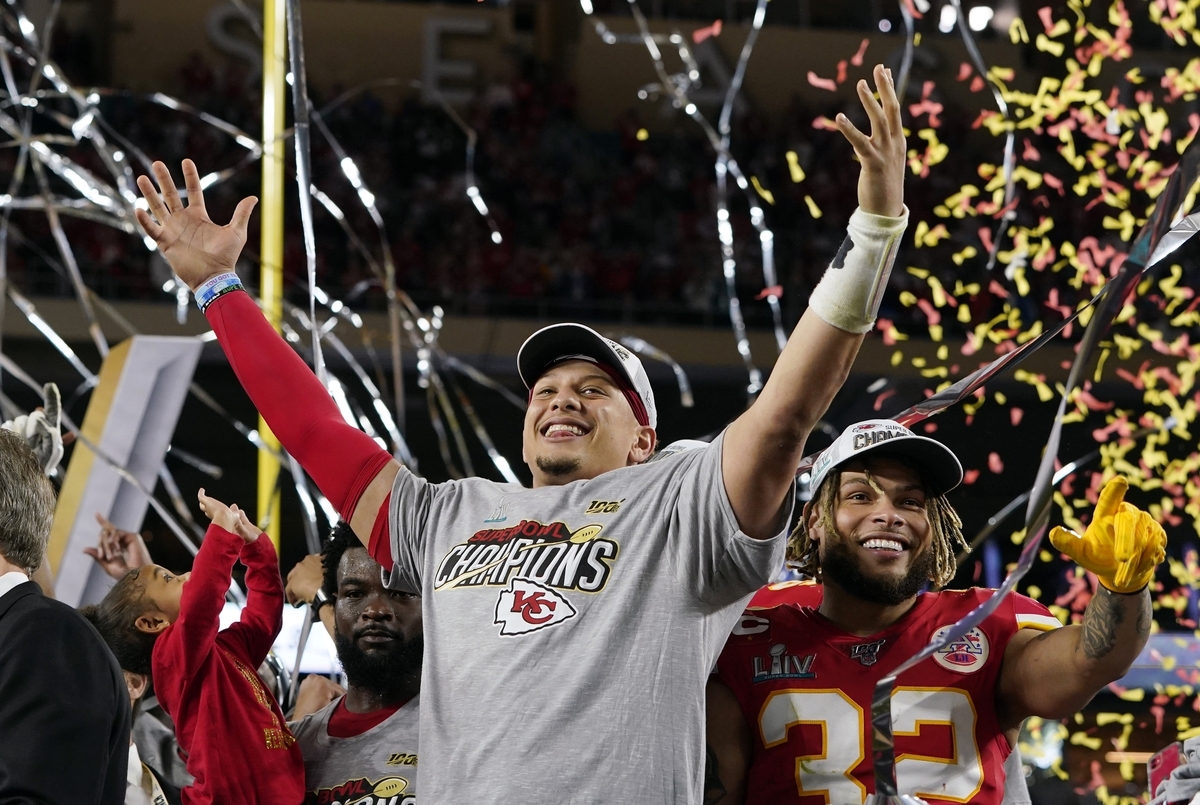 The long wait is over for Kansas City. The Chiefs are Super Bowl champions for the first time in 50 years.

After a slow start in Super Bowl LIV, the Chiefs pulled off yet another double-digit comeback in the playoffs.

The Chiefs, led by quarterback Patrick Mahomes, navigated the San Francisco 49ers' defensive pressure by the fourth quarter. His two long touchdown passes took the Chiefs to a 31-20 victory Sunday over the 49ers.

"We never lost faith," Mahomes said. "That's the biggest thing. Everybody on this team, no one had their head down. We believed in each other."

"This is what it's all about," Reid said. "What a great team, great coaches. Appreciate every bit of it."

Early on, the 49ers dominated possession. Quarterback Jimmy Garoppolo made the first mistake — as he sometimes does — when he threw up the ball under a heavy rush and it was intercepted.

But the 49ers returned with a drive and scored on a catch-and-run by the tough fullback Kyle Juszczyk.

The Chiefs entered the game as an offensive juggernaut pitted against one of the NFL's most dominant defensive teams over the past season.

By the second half it was a toss-up, just as oddsmakers figured; the Chiefs opened the game as a 1-point favorite over the 49ers.

The pace started to pick up after the third quarter, with the 49ers outplaying Kansas City on offense and defense. But it wasn't good enough. With six minutes left in the fourth quarter, the Chiefs were down 20-10. It didn't seem to bother Mahomes, who time and time again has found a way to bring his team back from a deficit.

The Chiefs stormed back, scoring 21 unanswered points to stop the 49ers. It was the third time these playoffs that Mahomes engineered a double-digit comeback in a single postseason — the first time that's ever happened.

Sunday night was the second consecutive game the Chiefs erased a 10-point deficit. They were down 24-0 against the Houston Texans before rallying back, and they were down 10-0 to beat the Tennessee Titans in the AFC championship game.

The Chiefs' third trip to the Super Bowl was the charm. Their only other championship came half a century ago, when they beat the Minnesota Vikings in Super Bowl IV. The team's then-owner, Lamar Hunt, is credited with coming up with the name "Super Bowl," after watching one of his children play with a new toy ball.

"I think it probably came because my children had been given a small, rubber ball that was called a 'super ball.' And it was very much like a golf ball, except it was rubber," Hunt said in an interview in 1998. "And you could bounce it on concrete, and it would bounce over a house."

One of those children bouncing the super ball, Clark Hunt, is now chairman and CEO of the team.

San Francisco, behind the play of the 28-year-old Garoppolo, fell short of winning a record-tying sixth Super Bowl championship on their seventh visit to the Super Bowl. It was their first trip back to the championship since 2013, when their quarterback was Colin Kaepernick.

The game picks up, and so do the ads

As in past years, the commercials drew fans and more casual viewers alike.

Most of the advertisement chatter involved a commercial for Hulu Live starring Tom Brady. Strolling the turf at Gillette Stadium, the Patriots star was, by all appearances, announcing his retirement. By the final quarter, Brady, looking reflective in a black turtleneck, had punked fans. And Hulu emerged victorious.

"I'm not going anywhere," he told the camera.

An estimated 100 million people were expected to tune in to watch the game, the ads and the halftime show.

Last year, Super Bowl viewership was down, around 98.2 million viewers. It was the game's smallest audience since 2008, the Los Angeles Times reported.

Many have attributed the decrease in audience to the low-scoring game between the New England Patriots and the Los Angeles Rams.

Demi Lovato's pregame performance of the national anthem was a comeback of sorts. The 27-year-old pop star marked her return to her music career a week ago at the Grammy's after a stint in rehab in 2018, following a reported overdose.

Shakira danced through her discography, including "Whenever, Wherever," from her breakout English-language album Laundry Service that introduced the native Colombian to a wider American market.

Lopez trotted out a medley of her hits, including "Jenny from the Block." The 50-year-old showed off her training from her role in the recent film Hustlers as she whirled around a pole to greet the crowd. The New Yorker, born to Puerto Rican parents, honored her heritage by wrapping herself in a flamboyant flag (half American, half Puerto Rican) while belting out a verse from Springsteen's "Born in the USA."