Accessibility links
3 Injured In 'Terrorist-Related' Stabbing In London The Metropolitan Police said the incident in the south London district of Streatham on Sunday was "fully contained."

3 Injured In 'Terrorist-Related' Stabbing In London; Suspect Killed By Police

3 Injured In 'Terrorist-Related' Stabbing In London; Suspect Killed By Police 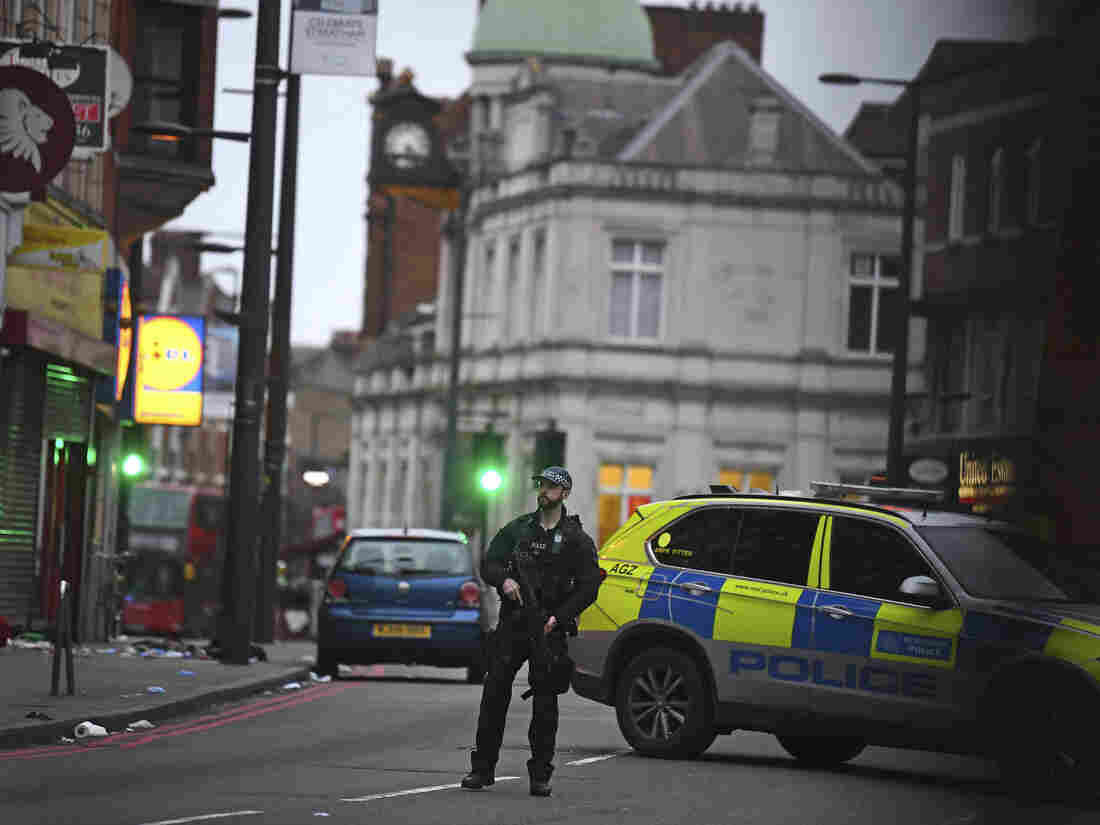 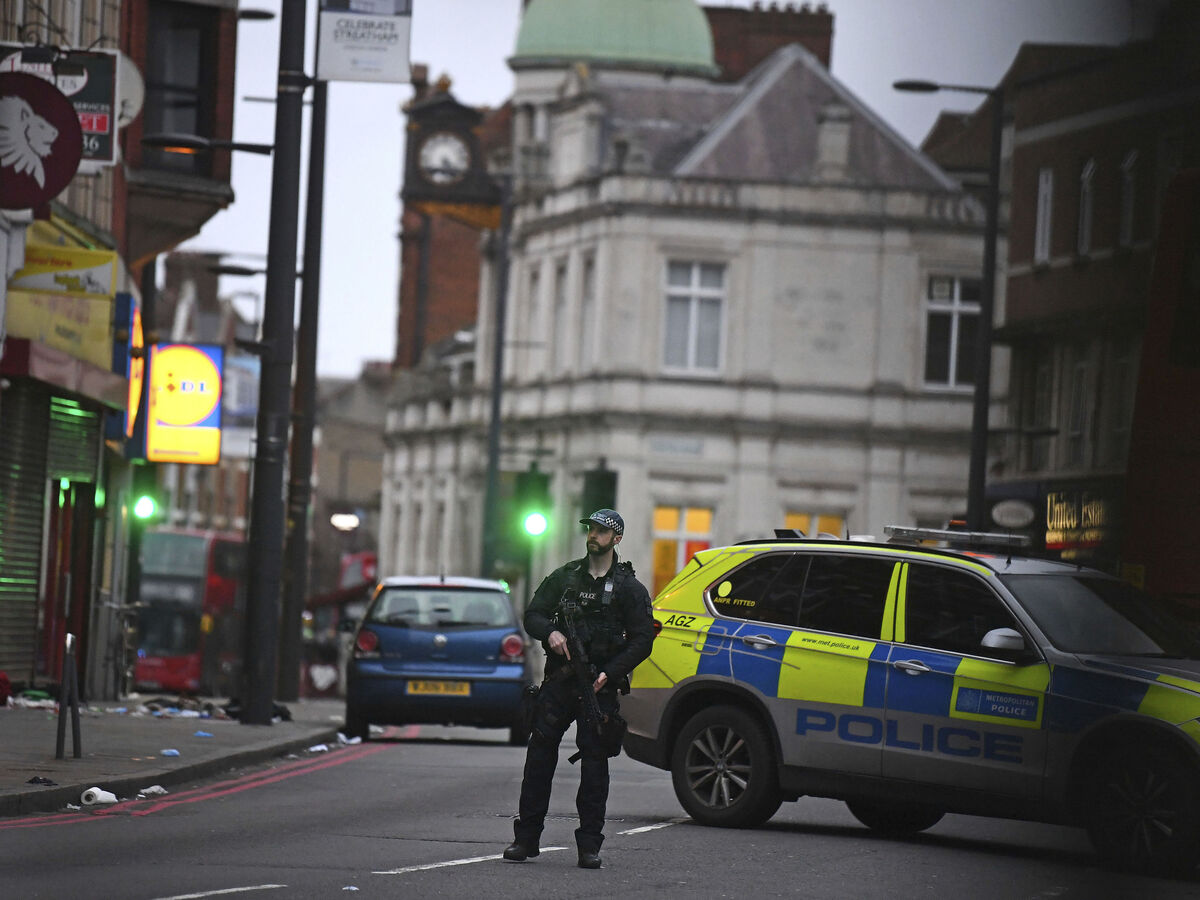 In what London police are calling a "terrorist-related" incident, two people were stabbed in Streatham, a south London district on Sunday.

A third person has minor injuries, believed to have been caused by glass following the discharge of the police firearm, according to a statement from Metropolitan Police Deputy Assistant Commissioner Lucy D'Orsi.

Armed officers shot a male suspect, who was pronounced dead at the scene.

Police said a device was found strapped to the body of the suspect but officers were able to quickly establish it was a "hoax" device.

"The incident was quickly declared as a terrorist incident and we believe it to be Islamist-related," D'Orsi said.

The BBC reported the suspect was actively being surveilled by police at the time of the incident.

An eyewitness told the UK's PA Media that a person appearing to be an undercover police officer chased the man, who was armed with a machete and wearing silver canisters on his chest.

London has suffered a number of terror attacks in the last several years. Police have responded in a similar ways to attackers wearing suicide vests, which have turned out to be fake.

In November 2019, two people were killed and three were injured in a stabbing near London Bridge. Police shot and killed a suspect at the scene who was wearing a hoax bomb. Terrorism was identified as a motive.

In June 2017, seven people died and 48 others were injured after terrorist attacks at London Bridge and Borough Market. In that incident, the suspects were wearing what looked like explosive vests but turned out to be fake, police said. ISIS claimed responsibility for that attack.

In contrast to other similar incidents that have occurred near famous landmarks, Streatham is a south London district of about 58,000 people.

London's Metropolitan Police said the scene of the attack has been "fully contained."

In a tweet, they urged people to use "common sense and restraint in circulating pictures and videos," especially showing victims and officers involved in the incident. They ask for anyone with information, footage or images to share them with the police.

"Terrorists seek to divide us and to destroy our way of life — here in London we will never let them succeed," London Mayor Sadiq Khan said in the statement after the attack.

My statement on today's incident in #Streatham: pic.twitter.com/sDsJlVcyNq

Streatham's Labour member of Parliament, Bell Ribeiro-Addy, tweeted that police said it was an isolated incident.

"It is important that we do not allow acts of terror to divide us, as that is how terrorists win," she added.

Currently at the scene of the attack on Streatham High Rd. Police have assured me this is an isolated incident and things are under control. Thank you to all of the emergency services for their incredible efforts today.