Accessibility links
Ex-CIA Employee Accused Of Leaking Documents To WikiLeaks Goes On Trial The leak of documents that appear to describe agency hacking practices is seen as one of the largest in the CIA's history. Former agency software engineer Joshua Schulte has pleaded not guilty. 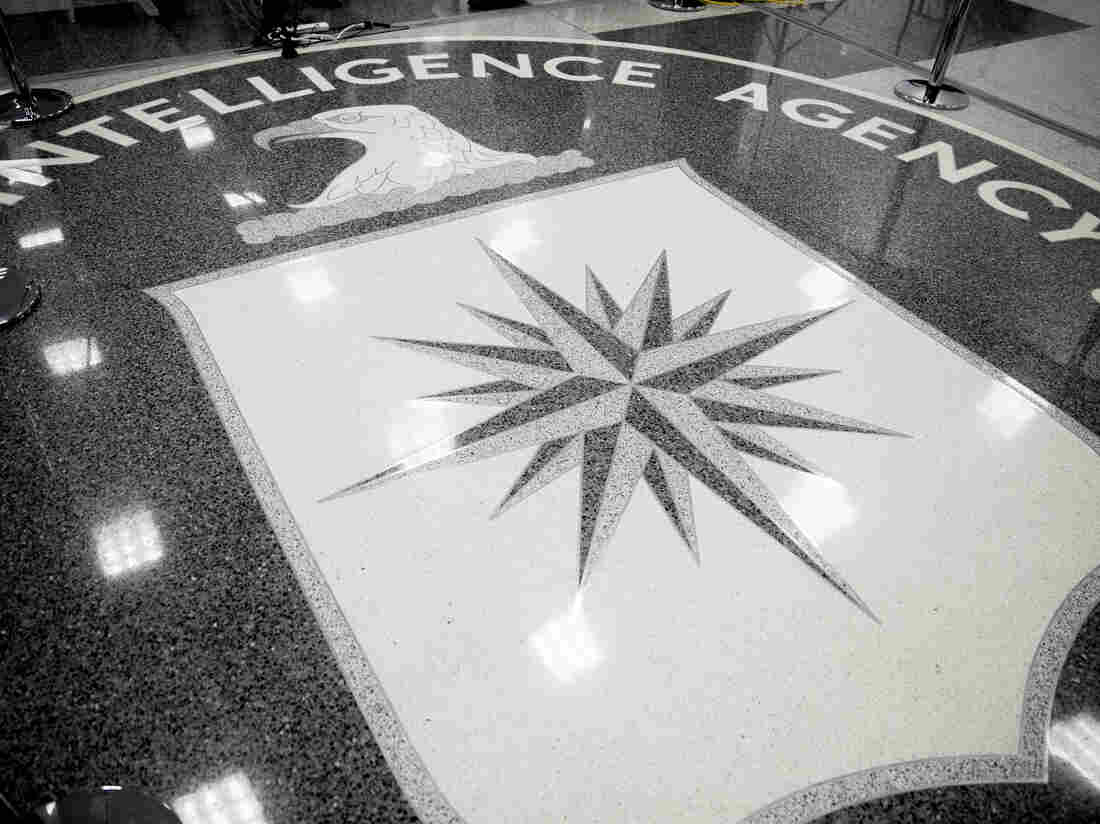 The documents released by WikiLeaks in 2017 represented one of the largest leaks in the history of the Central Intelligence Agency. Andrew Harnik/AP hide caption 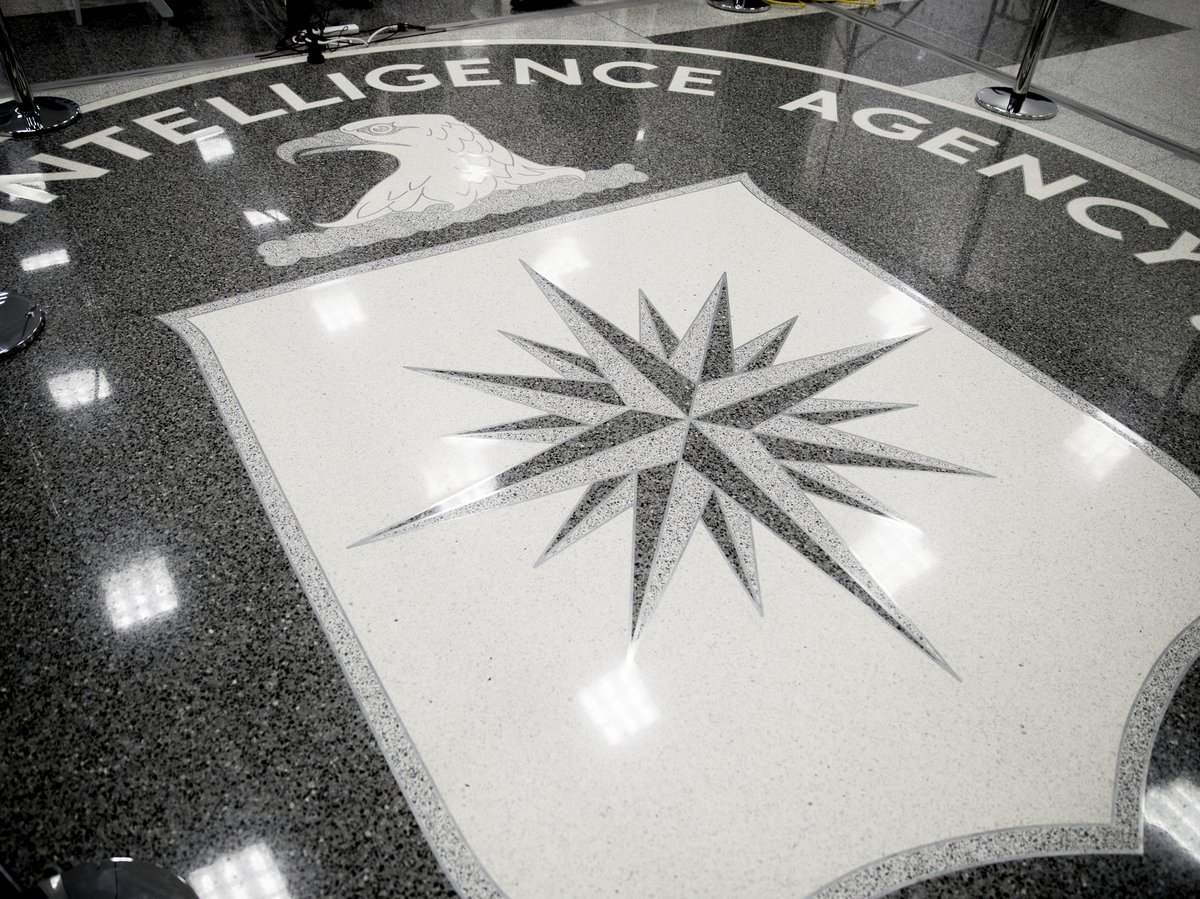 The documents released by WikiLeaks in 2017 represented one of the largest leaks in the history of the Central Intelligence Agency.

The trial of a former Central Intelligence Agency software engineer who allegedly leaked thousands of pages of documents to WikiLeaks was set to begin Monday in federal court in New York. The leak has been described as one of the largest in the CIA's history.

Joshua Schulte has pleaded not guilty to 11 criminal counts, including illegal transmission of unlawfully possessed national defense information and theft of government property.

WikiLeaks started publishing the documents, which it called "Vault 7," in March 2017. Many of the documents are highly technical, and appear to describe agency practices for hacking a number of different targets.

As NPR's Camila Domonoske and Greg Myre reported at the time, the documents are said to be to be internal guides to creating and using many kinds of hacking tools, "from turning smart TVs into bugs to designing customized USB drives to extract information from computers."

Schulte's lawyers did not respond to NPR's requests for comment about the case.

In court filings ahead of the trial, they have expressed frustration at the pace with which they are required to review materials surfaced during the discovery process.

Some of the charges against Schulte stem from the Espionage Act, and defense lawyers say they are unconstitutionally overbroad and vague. They also said the law was intended to be used to prosecute those who transmit government secrets to foreign governments, and that it shouldn't apply to leaking to WikiLeaks. The judge rejected those arguments.

"As alleged, Schulte utterly betrayed this nation and downright violated his victims," William F. Sweeney Jr., the assistant director-in-charge of the FBI's New York Field Office, said in a statement when the charges were announced. "As an employee of the CIA, Schulte took an oath to protect this country, but he blatantly endangered it by the transmission of Classified Information."

Prosecutors have said that when Schulte was working at the CIA, he developed classified cyber tools, including tools to covertly gather data from computers.

The leak allegedly happened during a time of rising tension between Schulte and his CIA colleagues.

In the summer of 2015, according to prosecutors, Schulte started having "significant problems" in his group that stemmed from a feud with one of his colleagues. The feud deepened after the colleague reportedly complained about Schulte to management. Prosecutors say Schulte accused the employee of making a death threat against him and eventually filed a protective order against that person. They were reassigned to different teams.

Because of his reassignment, Schulte's access to previous projects was revoked. But prosecutors say he reinstated his own administrative privileges. Management at the Center for Cyber Intelligence discovered it, and they attempted to revoke privileges and change passwords. But they missed credentials for one computer network, according to prosecutors, and in April 2016, Schulte allegedly stole vast quantities of information from the network and passed the data along to WikiLeaks.

The judge has granted measures to protect the anonymity of certain witnesses from the CIA who are expected to testify. During those sessions, the courtroom will be closed to press, except for two pool reporters who have agreed not to disclose the physical characteristics of these witnesses. Other reporters in an adjoining courtroom will be able to see a video feed that won't show images of the witnesses.

Federal prosecutors originally indicted Schulte in 2017 on charges of receiving and possessing child pornography. They said they discovered more than 10,000 images and videos of child pornography encrypted on Schulte's personal computer.

One of the prosecutors, Matthew Laroche, said at a hearing in 2017 that Schulte is "someone who's shown himself to condone sexually dangerous behavior and has shown a proclivity to collect thousands of images of child pornography."

In July 2019, the court severed the child pornography-related charges from the rest of the case, meaning that those accusations will be addressed at a separate trial.