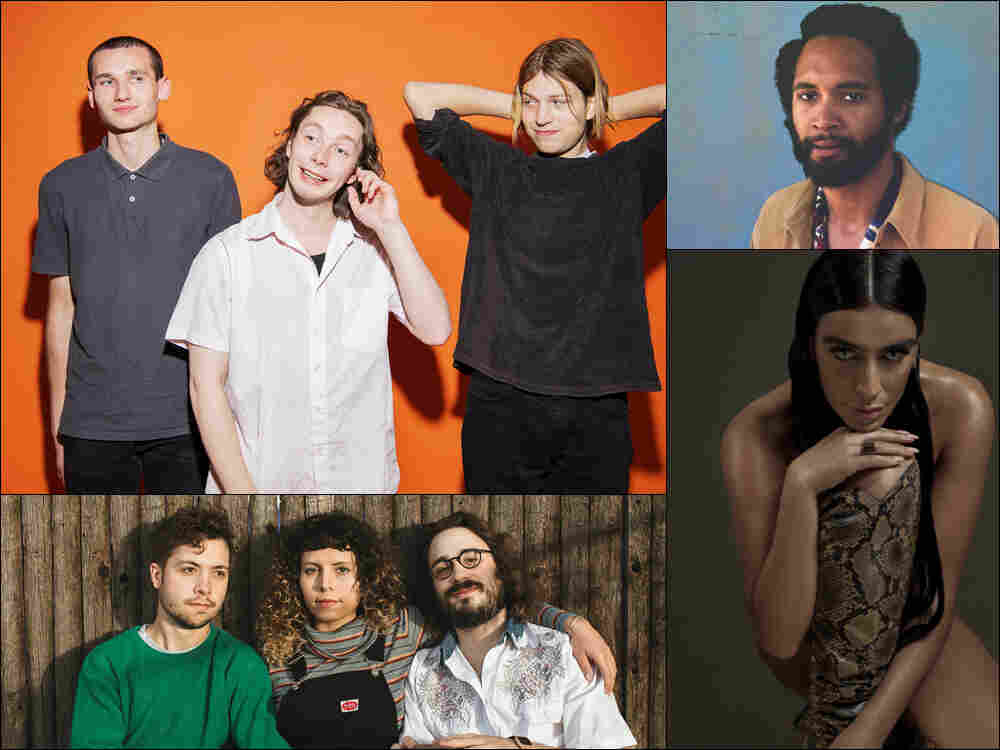 On this edition of All Songs Considered, Colorado Public Radio's Jessi Whitten brings a bit of Denver to the show, with the sweet music of Down Time. She also plays music by Tré Burt, who captured the attention of John Prine's label Oh Boy Records, becoming only the second artist in 15 years to sign to the label.

We'll also hear music from Sevdaliza, an artist who fled Iran with her family at age five, moved to Rotterdam and now makes sonically fascinating and politically driven songs. A second Dutch artist, The Homesick, weaves music that unfolds in unexpected ways. Also on the show: a dreamy guitar record from Deserta that you'll want to turn way up, and a band of friends from Madison, Wisconsin known as Disq.

I dedicate the final cut on the show to Andy Gill, who passed away this weekend. Andy Gill was a phenomenally powerful guitarist from the band Gang Of Four, one of my very favorite bands from the late '70s with a jagged-edge roar called "At Home He's a Tourist." I last saw Andy Gill perform a year ago with a revamped version of Gang of Four. He was still brilliant.

2. Down Time: "Not A Complicated Person" (Single)

4. Tré Burt: "Real You" from Caught It from the Rye

6. The Homesick: "Male Bonding" from The Big Exercise

7. Gang Of Four: "At Home He's A Tourist" from Entertainment!