Accessibility links
911 Tape Shows Aftermath of Jet Fuel Dump on LA Schools NPR has obtained audio of a 911 call made immediately after a Delta plane dropped 15,000 gallons of jet fuel over the Los Angeles area, including on the playground of an elementary school. 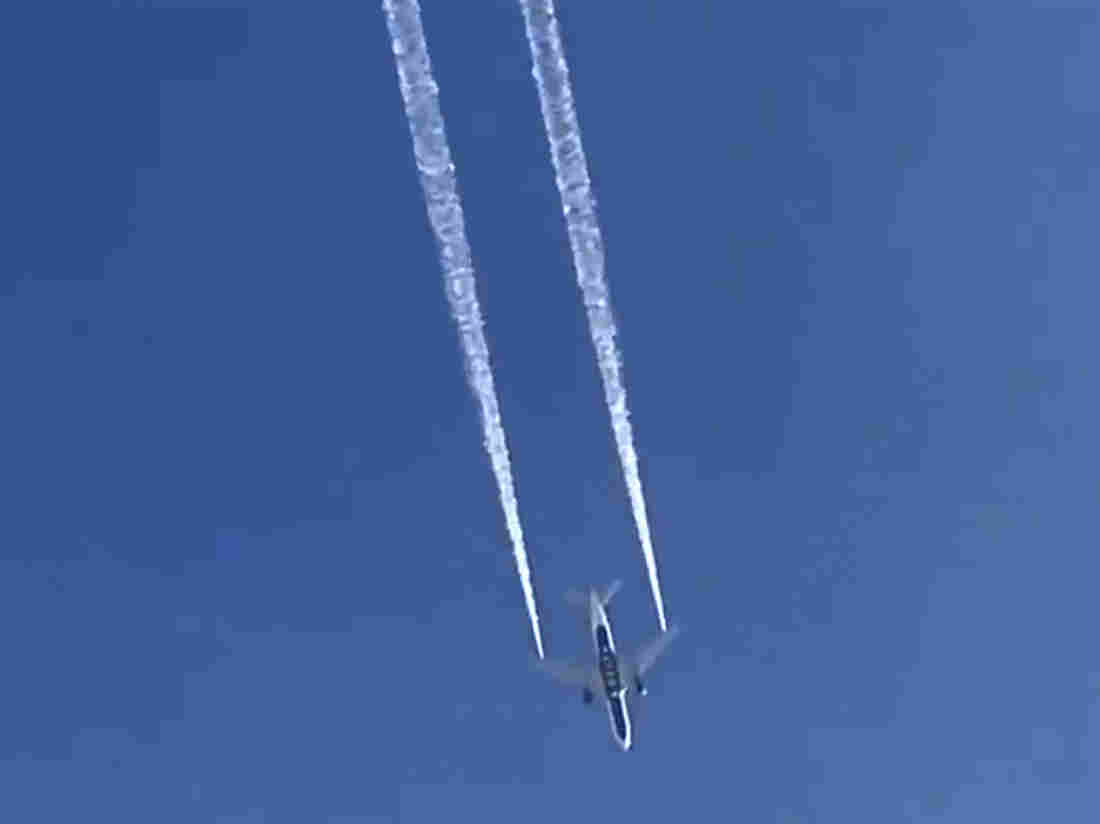 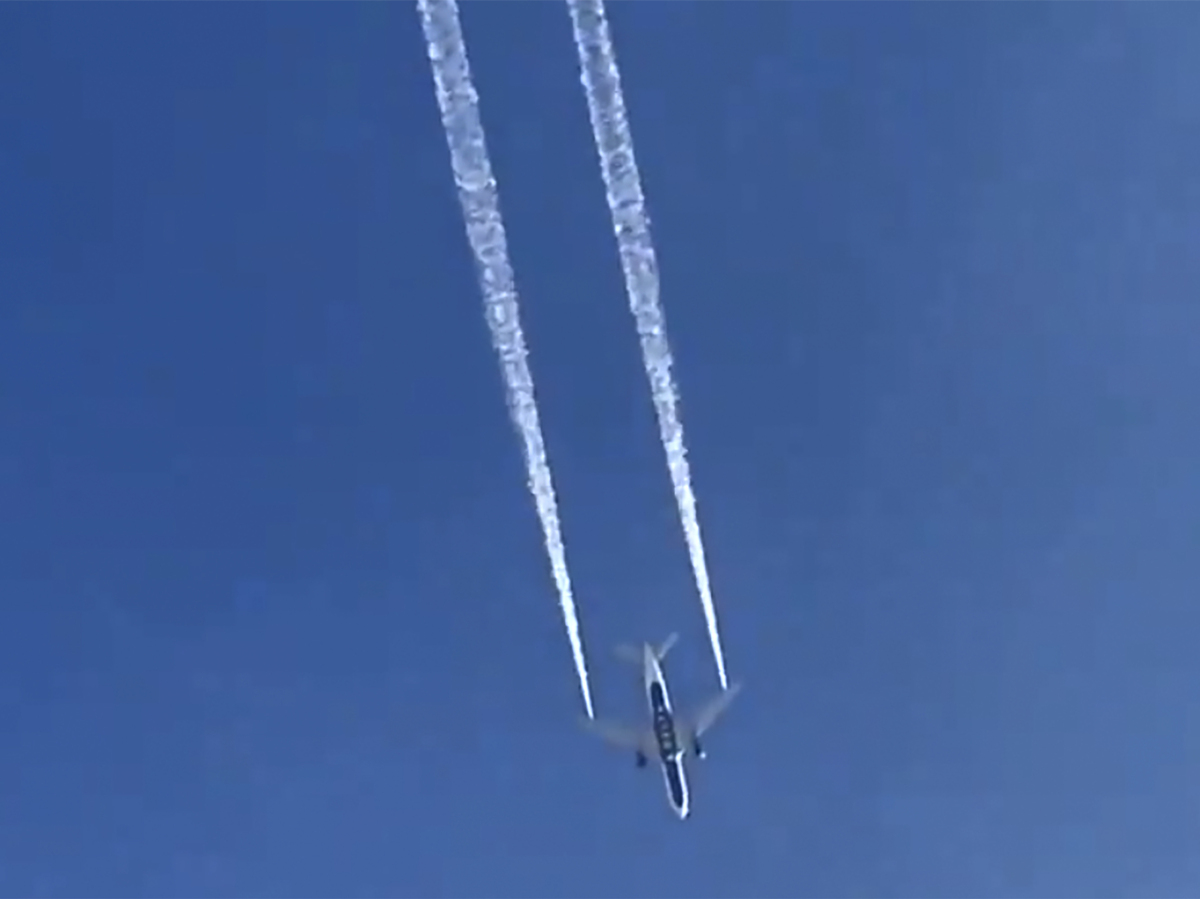 It was the middle of a sunny day on Jan. 14, and hundreds of students and staff were on the playground of an elementary school in Los Angeles when a school employee called 911 to report a bizarre emergency on his campus.

"It was actually raining airline fuel onto my campus," the school employee said.

The school, 93rd Street STEAM Academy, is on the pathway of Los Angeles International Airport, he said, and a plane, "dropped fuel onto the yard."

"How many kids were sprayed?" a dispatcher from the fire department asked.

"I'm assuming what we had out here — maybe 300," the employee responded, noting that people had been "nauseated" by the jet fuel and its intense smell.

"I was out here and I was like, 'I don't believe this is happening,' " the employee said.

The audio of the 911 call, which NPR obtained from the Los Angeles Police Department through a public records request, reveals the chaos at the school after Delta Flight 89 released an estimated 15,000 gallons of jet fuel before an emergency landing at LAX.

(The name of the school employee who reported the incident was redacted by the LAPD.)

The flight was headed from LAX to Shanghai but had to return to the airport because of "mechanical issues."

As member station KPCC reported, the Federal Aviation Administration said that the flight crew "did not tell air traffic control that they needed to dump fuel."

Further scrutiny raised questions about how the crew handled the incident.

Typically, landing planes need to meet certain weight requirements, which means that in emergency situations — when an aircraft is carrying a nearly full fuel load — pilots are required to release thousands of gallons to avoid crashing.

"It's not that it's impossible [to land with the heavier weight], but you'd have to land at a lower descent rate," Ed Coleman, department chair for safety science at Embry-Riddle Aeronautical University, told NPR.

Coleman said it's highly unusual for airlines to resort to fuel dumping. Out of thousands of flights each month, "I maybe hear about one a month."

So to be safe, Coleman said, fuel-dumping procedures call for "you to go to a higher altitude because the fuel atomizes before it comes down." Alternatively, pilots are instructed to release fuel over water or nonpopulated areas.

In this case, it appears none of those precautions was taken.

"This is the first time they actually came pretty low and dropped their fuel," the 911 caller calmly explained minutes after students and teachers were sprayed.

On the afternoon of the incident, the Los Angeles County Fire Department said firefighters and paramedics had evaluated more than 40 adults and children from multiple schools and found minor injuries.

But the incident has already prompted a California air quality regulator to issue a Notice Of Violation to Delta, as well as at least two civil lawsuits.

One of those lawsuits, filed by four teachers at another affected school, Park Avenue Elementary School in Cudahy, Calif., alleges that the teachers "could feel the fuel on their clothes, flesh, eyes and skin" and it caused them "to feel sick, dizzy and nauseated."

During a press conference announcing the lawsuit, one of the teachers said she felt the "drizzle" of jet fuel, smelled the fumes and thought, "Oh my God, it must be a terrorist attack."

Another lawsuit, filed by residents under the flight path, alleges property damage and a "lingering noxious odor" caused by jet fuel, and accuses Delta of "despicable conduct."

Meanwhile, an LA Unified school district spokesperson told NPR that Delta has been "very responsive to the community."

"We have been focused on supporting the community, listening to residents and working closely with local leaders to understand how we can best support those who have been affected," Delta said in an emailed statement.

In the wake of the emergency, the carrier has "opened a dedicated phone line for residents with concerns about property damage or health effects."

The airline also partnered with a local health care operator to offer screenings for a week following the fuel dump.

"We were up and running the next day," with the help of Delta cleaning crews, Peter Hastings, an operations administrator for the district, told NPR.

Though only a handful of campuses were under the plane's flight path, Hastings said, "All 25 schools [in the region] were pressure-washed."

That included "the playground equipment, lunch area, tables and chairs. ... Everything was washed down."

Additionally, Hastings said, mental health experts have been brought in to talk directly with students and their families.

Their objective: To find out if there's any anxiety and to help students work through it.

A spokesperson for the Federal Aviation Administration confirmed to NPR that its investigation into the incident is ongoing.