Accessibility links
2 Butterfly Activists Apparently Murdered In Mexico Millions of monarch butterflies migrate to the mountains of Mexico each winter. Authorities are now investigating the apparent murders of an activist and tour guide at the Michoacán reserve. 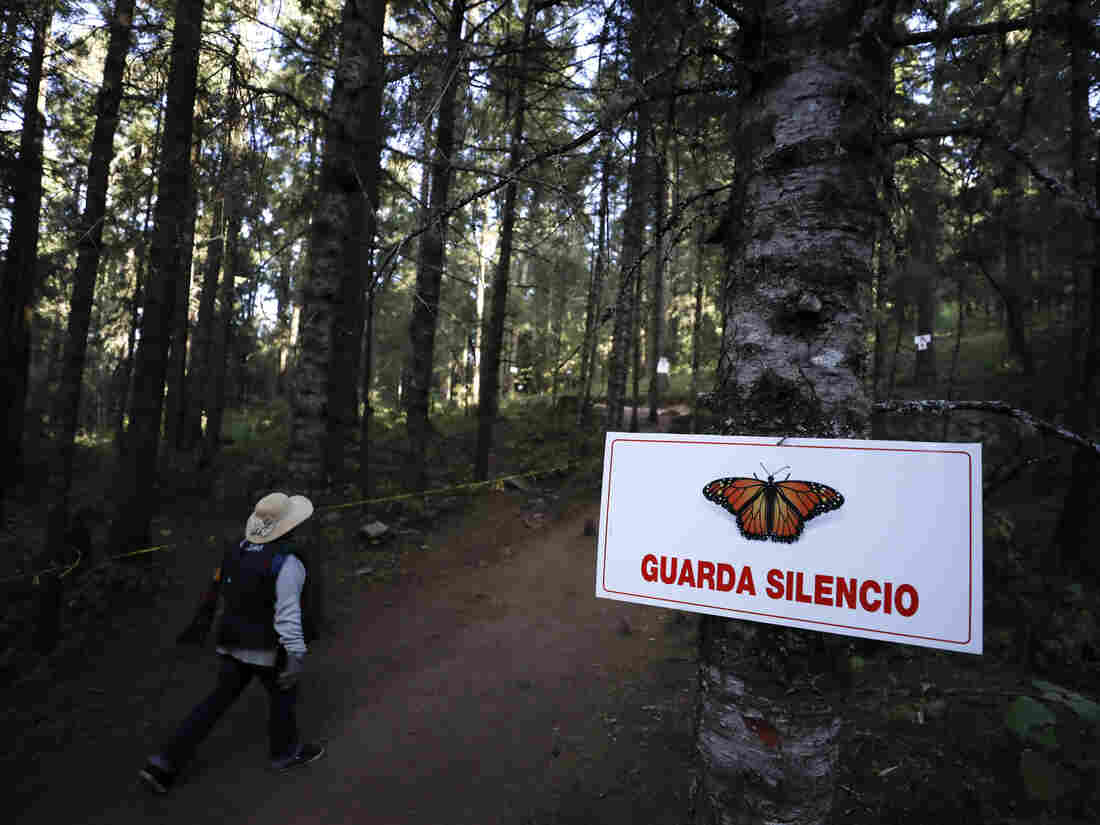 A guide walks past a sign asking for silence near the winter home of monarch butterflies in El Rosario reserve near Ocampo, Michoacán, in Mexico on Friday. Rebecca Blackwell/AP hide caption 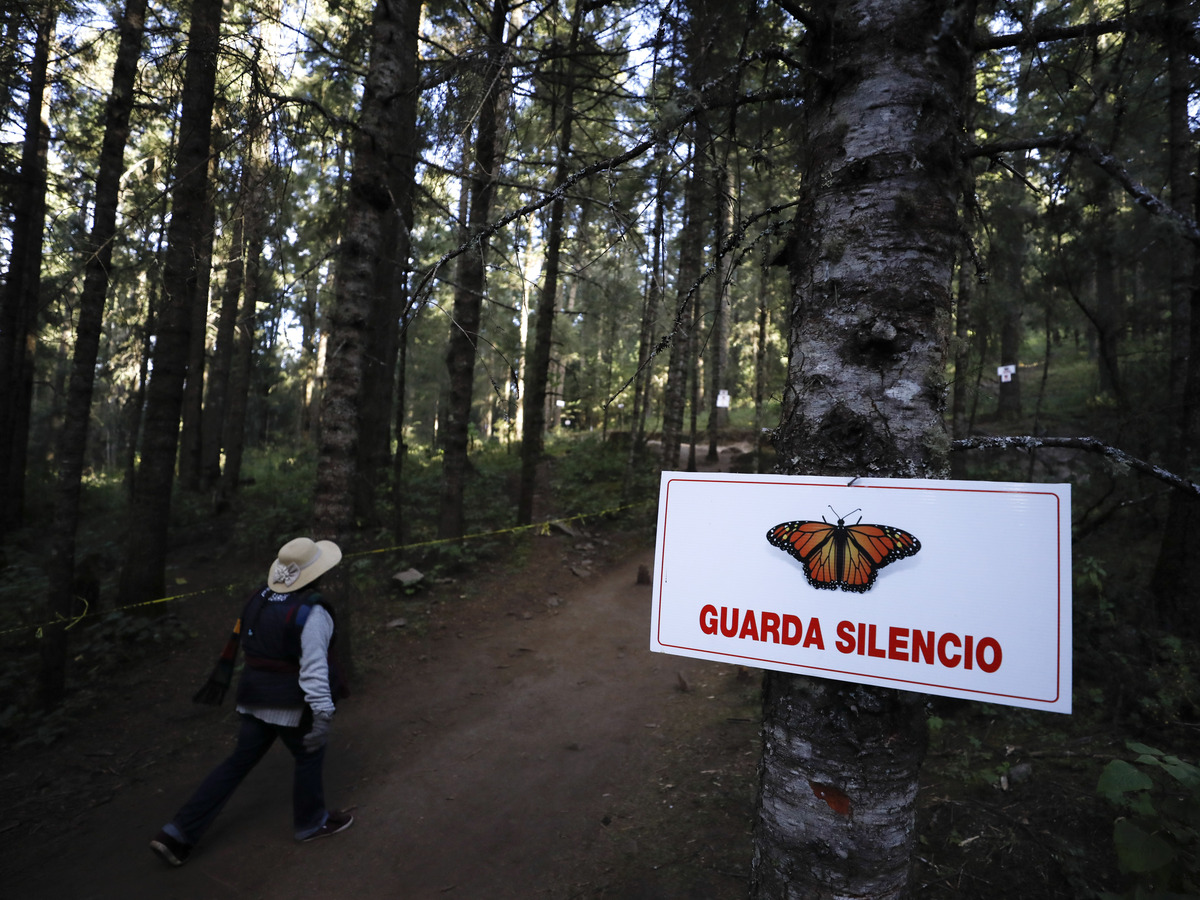 A guide walks past a sign asking for silence near the winter home of monarch butterflies in El Rosario reserve near Ocampo, Michoacán, in Mexico on Friday.

Each winter, millions of monarch butterflies make their home at the El Rosario reserve in Mexico — one of the best places in the world to see them. Local guides lead tourists up the mountainside on foot and horseback to where the monarchs cluster in fir and pine trees. Their bright orange wings flit amid the mild weather of Michoacán, and signs ask for silence as visitors enter the nesting areas.

This week, the sanctuary is in mourning for two of its protectors.

Two men connected to the butterfly reserve have been found dead in the span of a week, showing the danger that conservationists sometimes face in a country where protecting the environment can mean enountering hostility and violence from gangs and business interests.

The body of environmental activist Homero Gómez González was found last week, two weeks after he had gone missing. His body was recovered at the bottom of a holding pond in an agricultural area.

Prosecutors in Michoacán say an autopsy found that the cause of death was "mechanical asphyxiation by drowning of a person with head trauma." It does not appear to have been a robbery: Gómez was found with nearly 10,000 pesos on him (more than $500).

On Saturday, prosecutors said they've opened an investigation after a second man reported missing was found dead: Raúl Hernández Romero, who had worked as a tour guide in the preserve. His wife reported that he'd gone missing last Monday. His body was found bruised, his head showing trauma from a sharp object.

Authorities have not said whether the deaths are connected. 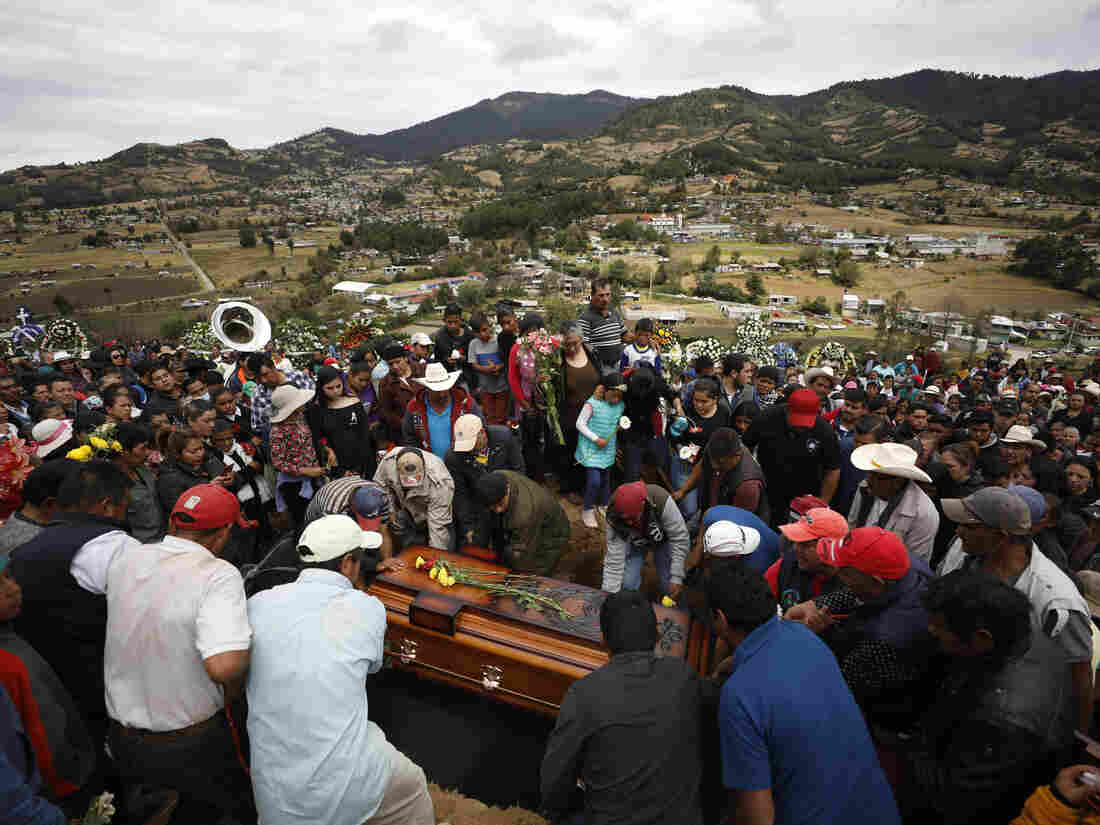 Mourners lower the coffin of community activist Homero Gómez González into a grave at a hillside cemetery in Ocampo, Mexico, on Friday. Rebecca Blackwell/AP hide caption 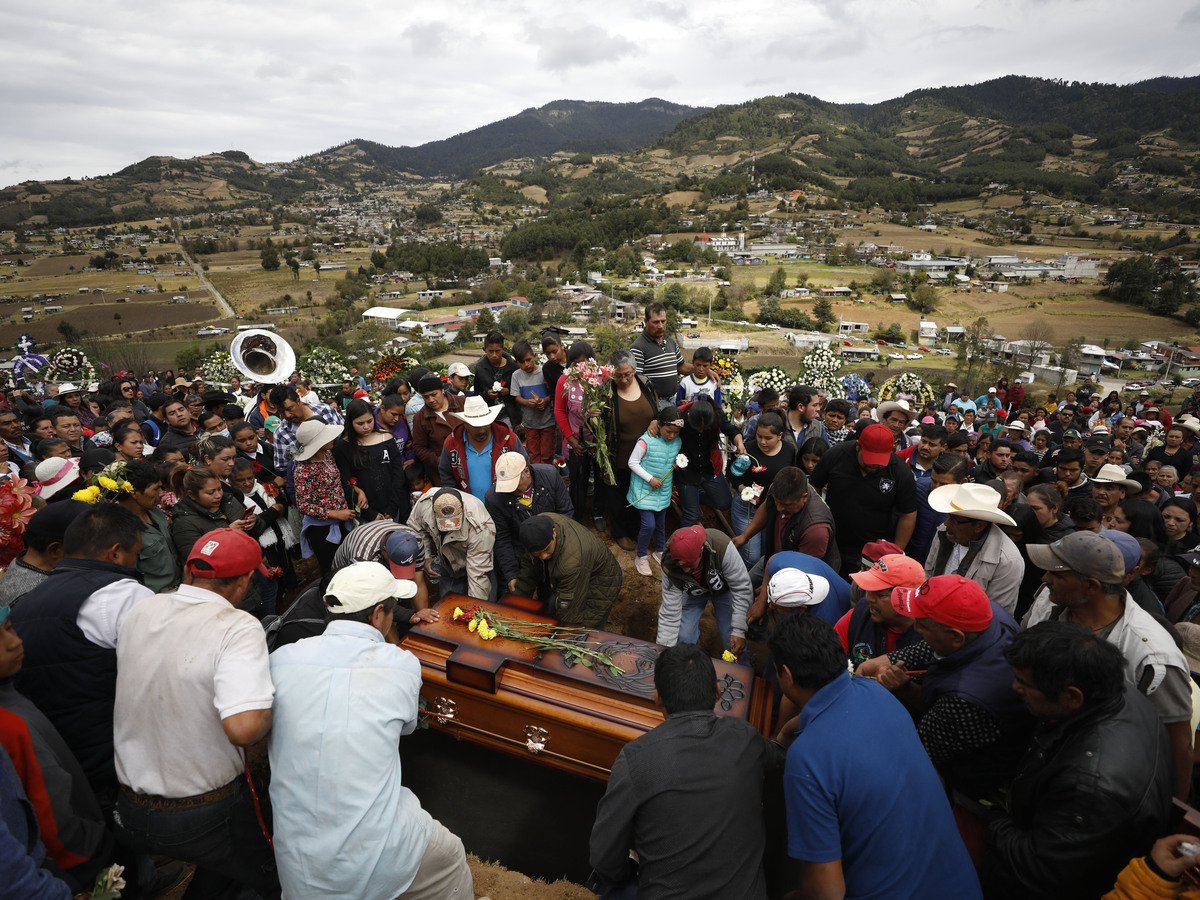 Mourners lower the coffin of community activist Homero Gómez González into a grave at a hillside cemetery in Ocampo, Mexico, on Friday.

The El Rosario sanctuary is part of the Monarch Butterfly Biosphere Reserve, which was enshrined as a UNESCO World Heritage site in 2008, calling the overwintering concentration of butterflies there "a superlative natural phenomenon." It noted that more than half of overwintering colonies of the monarch butterfly's eastern population are found in these specific areas of Mexico.

But the same forests that draw butterflies to migrate thousands of miles each winter are under threat from illegal logging and clandestine avocado farms.

Gómez González was one of the butterflies' strongest advocates. A former local commissioner, he was among the leaders who argued that tourism was a more reliable economic strategy for the rural community than logging, The Associated Press reports. He went on to become manager of the El Rosario sanctuary, fighting illegal logging and advocating for the replanting of trees that provide the monarchs' habitat.

UNESCO leaders expressed "deep sadness and profound concern" at his death, offering condolences to his family and those who "sometimes at the risk of their lives, work every day to protect this natural heritage which is shared by all of humanity."

"Many people are outraged," Gómez González's wife, Rebeca Valencia, told the Mexican newspaper El País. "He was an ecologist at heart. He never told me about threats."

She asks how this could happen to someone whose work was to protect life. "I can't process it," she told the newspaper.

"He fought for his town, and that fills me with pride," said 19-year-old son, Homero Gómez Valencia, who told the AP that butterflies were just one of his father's causes. He recounted how his father had once led farmers in taking over the state capitol to demand aid. "A lot of the things we have are due to that struggle, which took many years. He fought against a thousand things."

"How can you protect the butterflies if Homero Gomez or other people are not protected?"