Accessibility links
Live State Of The Union Fact Check And Analysis: 2020 NPR reporters from across the newsroom added analysis and fact-checking to the remarks. 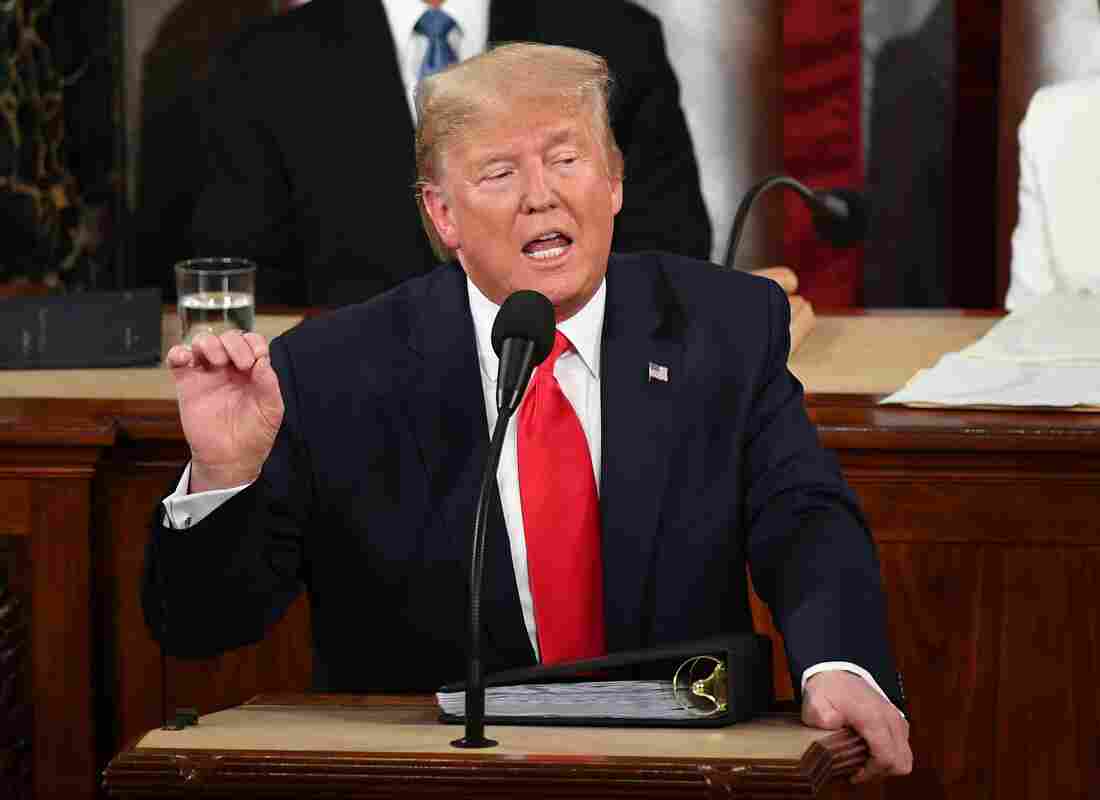 President Donald Trump delivers his State of the Union address at the U.S. Capitol in Washington, D.C.

President Trump delivered his third State of the Union address Tuesday night, the day before his Senate impeachment trial is scheduled to wrap.

It was a highly partisan event. Trump touted his own accomplishments on issues like the economy and paid family leave, lowering the cost of health care, immigration and national security. It was punctuated by made-for-TV moments, including a surprise appearance by a soldier as his family was recognized for their sacrifice. Republicans present gave Trump repeated, resounding applause. Democrats, meanwhile, weren't having any of it. House Speaker Nancy Pelosi even ripped up a copy of Trump's speech at the end of his remarks.

NPR reporters from across the newsroom added analysis and fact-checking live, below.

We annotated the Democratic response here.

An earlier version of this story included an annotation that described the Marine Corps as "part of the Navy." The Marines Corps is an independent branch of the military that falls under the Department of the Navy.