Accessibility links
Andy Gill, Gang of Four Guitarist Who Gave Punk Space And Groove, Dead At 64 Gill and his bandmates rewrote the playbook for punk in 1979 with the release of Entertainment! -- incorporating new angles and room to breathe into the frenzied genre. 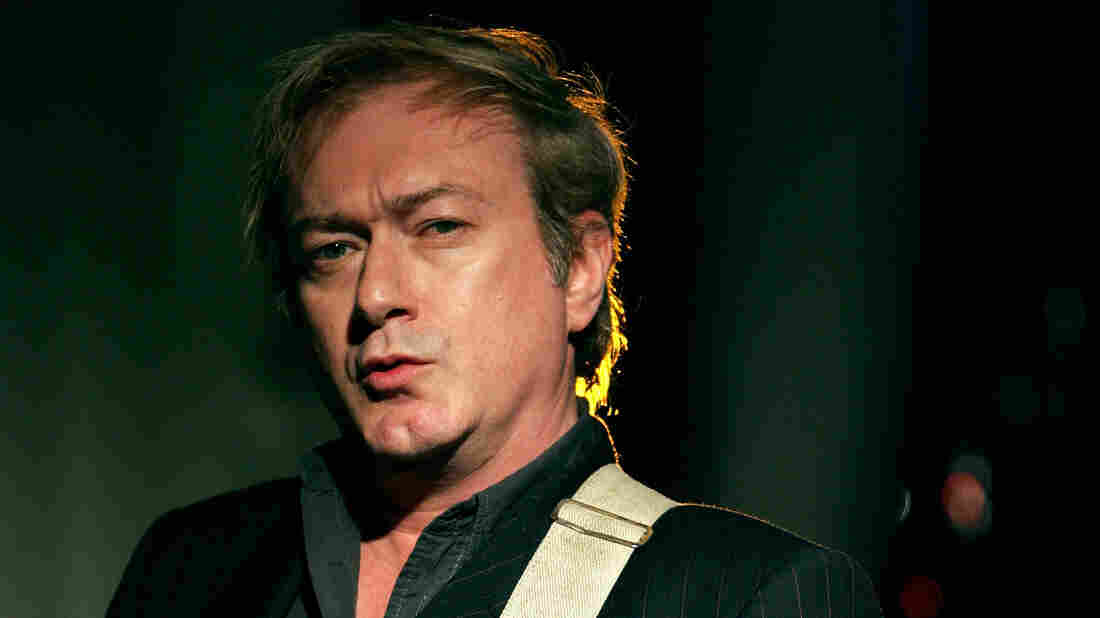 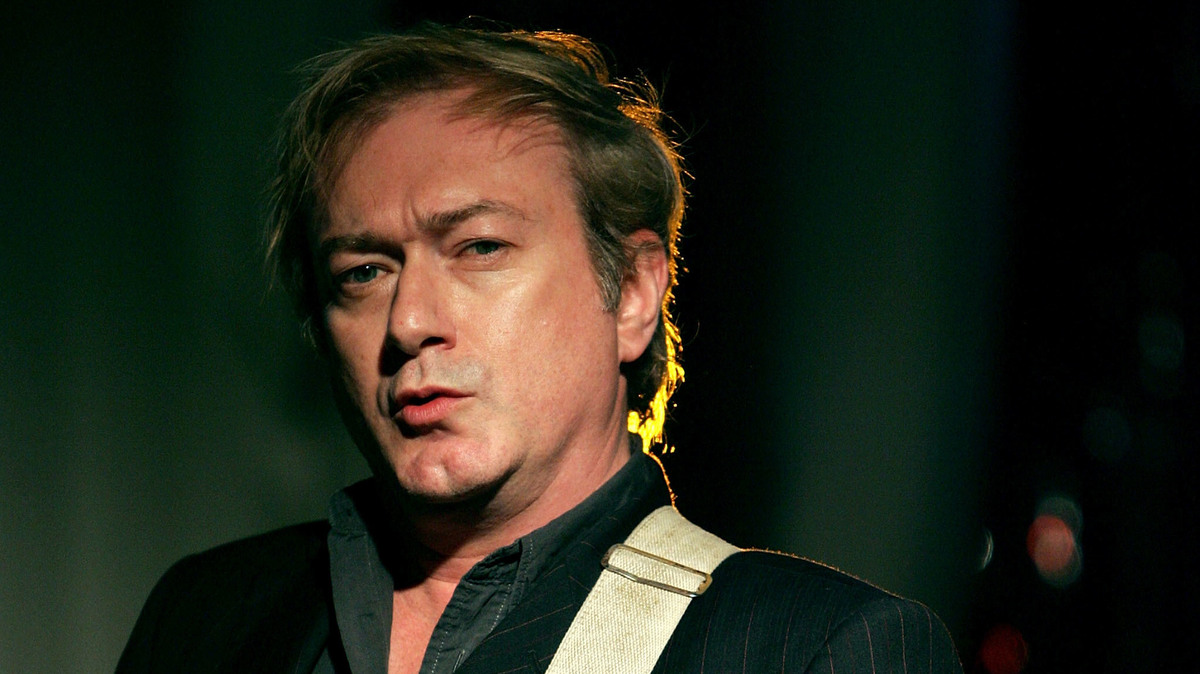 Guitarist Andy Gill of Gang Of Four, performing on Oct. 17, 2005 in Los Angeles.

Andy Gill, a guitarist renowned for his sharp, inverted approach to the instrument who founded the post-punk group Gang Of Four and later became a respected producer, died in a London hospital Feb. 1 from a respiratory illness, the group announced in a statement. He was 64.

As a co-founder of the implacably political Gang Of Four, which formed in Leeds in the late 1970s, Gill's influence on the silhouette of rock and roll was deep and transformative; if the prevailing winds of style zigged, Gill and his co-founding bandmates — bassist Dave Allen, drummer Hugo Burnham and singer Jon King — could already be found zagging. "Instead of guitar solos, we had anti-solos, where you just stopped playing, left a hole," Gill says in Rip It Up and Start Again, a history of post-punk by Simon Reynolds.

On its canonical 1979 debut, Entertainment!, Gang Of Four gave the frenzied sound of punk some breathing room; as Burnham and Allen provided the music's danceable muscles, Gill's staticky, stabbing lines — partially inspired by pub-rock group Dr. Feelgood and its guitarist, Wilko Johnson — were the tendons, anchoring and enabling. (Something was in the water in the north of England in 1979 — just south of Gang Of Four's birthplace, Joy Division was releasing its own, drastically different, expansion of punk's signature squall.)

On the single "To Hell With Poverty!" released in 1981, a long, punitive screech from Gill becomes a slap-punch of a passage, before Allen and Burnham jump in at an oblique angle, shaping Gill's tinny tizzy into a stomping boogie. The lyrics' central couplet, "to hell with poverty / we'll get drunk on cheap wine," encapsulates the grain-of-salt political satire that animated and grounded the band.

Gang Of Four would release three more lauded albums — Solid Gold, Songs of the Free and Hard -- through the early '80s. The quartet slowly shed its original lineup, with other musicians joining the core of Gill and King; following the '83 release of Hard, the group took an extended hiatus.

In 1984, Gill produced the self-titled debut album of the Red Hot Chili Peppers. Other notable production credits include the monumental self-titled return of Killing Joke in 2004, two recordings from another legendary post-punk group, The Jesus Lizard, and the posthumous solo album of INXS singer Michael Hutchence in 1999. Around that same time, groups like The Rapture began to emerge, faithfully reproducing and building on the tone and serration of the Gang's early work.

As its influence persisted through the end of the 20th century and the start of the 21st, Gang of Four reunited intermittently, beginning in 1991 with the release of Mall (featuring Gill and King). In 2004 the group's original lineup came together to re-record earlier material and tour. Afterwards, Gill and singer Jon King released the album Content in 2011. After King finally left the group , Gill — the only original member — continued to record and tour as Gang Of Four with new bandmates. In 2019, the group released a new album, Happy Now.

"We'll remember him for his kindness and generosity, his fearsome intelligence, bad jokes, mad stories and endless cups of Darjeeling tea," the band wrote in its statement. "He just so happened to be a bit of a genius too."