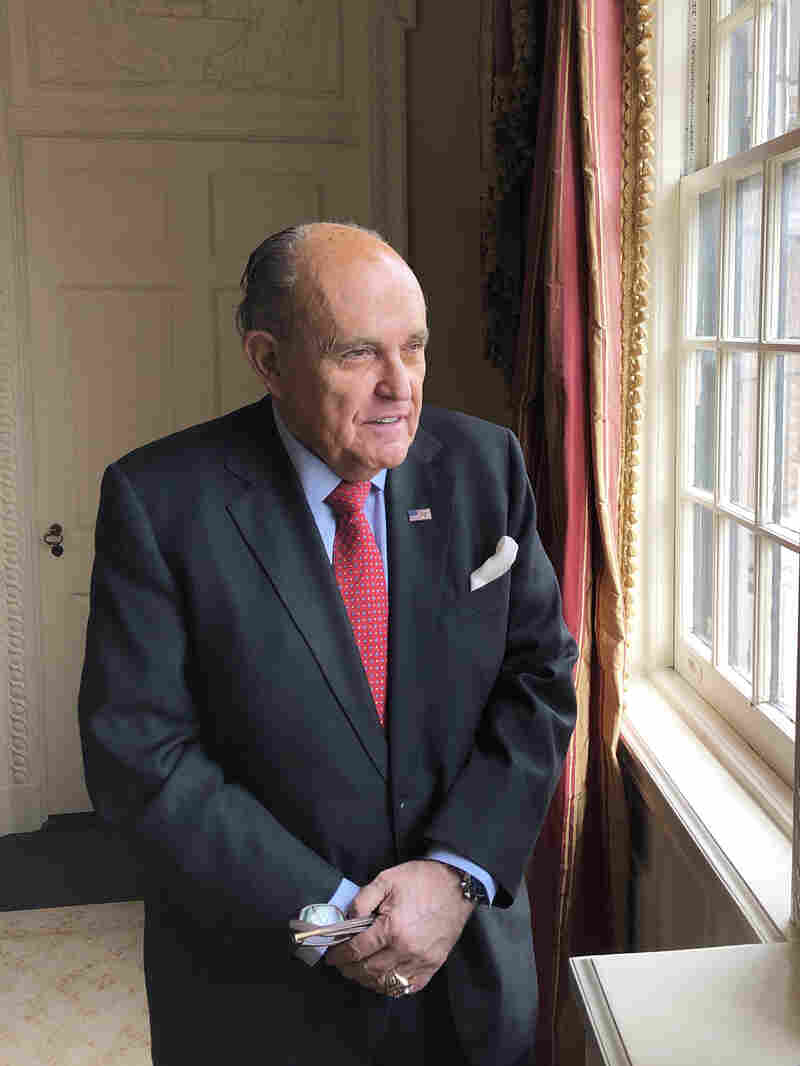 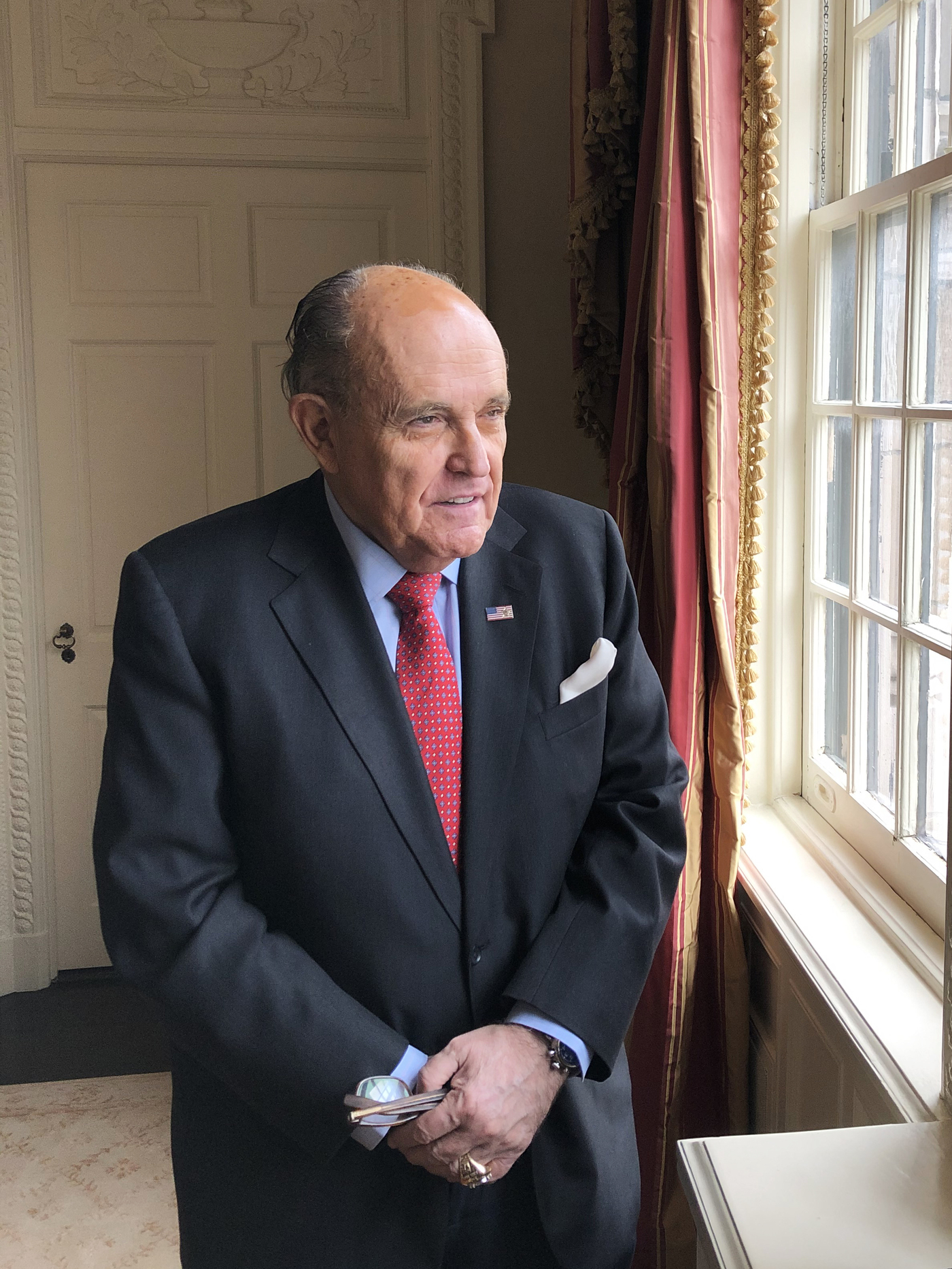 Rudy Giuliani, President Trump's personal attorney, says the president should not back away from investigating Joe Biden even after Trump's expected acquittal Wednesday by the U.S. Senate.

"Absolutely, 100%," Giuliani told NPR's Steve Inskeep in an interview Tuesday. "I would have no problem with him doing it. In fact, I'd have a problem with him not doing it. I think he would be saying that Joe Biden can get away with selling out the United States, making us a fool in the Ukraine."

The former New York City mayor has emerged as a pivotal figure in the events that ultimately resulted in Trump's impeachment in December by the House of Representatives and his Senate trial, which will almost certainly end Wednesday with Trump's acquittal.

But while all 53 Republican senators are expected to vote to acquit Trump, some, including Sen. Lamar Alexander of Tennessee, have expressed reservations about Trump's actions, saying it was "inappropriate" for him to ask a foreign leader to investigate his political opponent and to withhold United States aid to encourage that investigation.

Giuliani pushed back against that idea, saying Alexander and other GOP senators who have expressed similar reservations don't "understand the facts."

"Lamar is wrong, and Lamar is a good friend of mine, and he's a fine man except he doesn't know all the facts," Giuliani said. He "only knows half the facts; a lot of them distorted."

At the center of this is the July 25 phone call between Trump and Volodymyr Zelenskiy, the Ukrainian president. Democrats say Trump asked Zelenskiy to investigate former Vice President Joe Biden and his son Hunter in exchange for a release of suspended military aid and a White House visit. Trump calls the phone call "perfect."

In Giuliani's telling, "the whole Ukrainian thing is misrepresented. The Democrats did do a good job of spinning it to 'he's trying to hurt Joe Biden.' It has nothing to do with Joe Biden."

Having said that, Giuliani proceeded to list what he said were Biden's misdeeds, including his own holding up of aid for Ukraine.

As vice president, Biden held back aid to Ukraine as part of official U.S. policy to remove prosecutor Viktor Shokin, who was widely seen as ineffective against corruption. At a 2018 event, Biden even boasted about doing so. However, the European Union, the International Monetary Fund and others also backed the firing of Shokin.

"There was a broad-based consensus that he was a typical Ukraine prosecutor who lived a lifestyle far in excess of his government salary, who never prosecuted anybody known for having committed a crime, and having covered up crimes that were known to have been committed," George Kent, the senior U.S. diplomat, testified during last year's House impeachment inquiry.

Republicans have pointed to the fact that Hunter Biden had been on the board of Ukrainian gas company Burisma. Shokin was investigating Burisma for alleged wrongdoing, but well before Hunter Biden joined the company's board. And Ukraine's Western partners had long demanded Shokin's ouster. 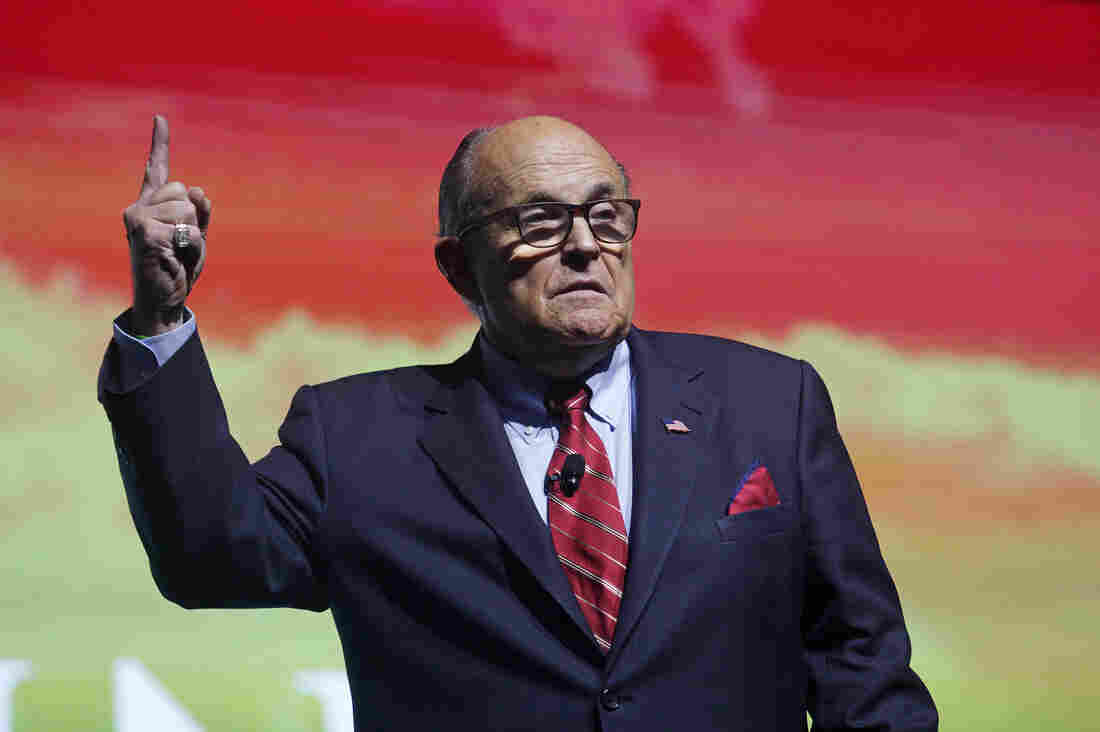 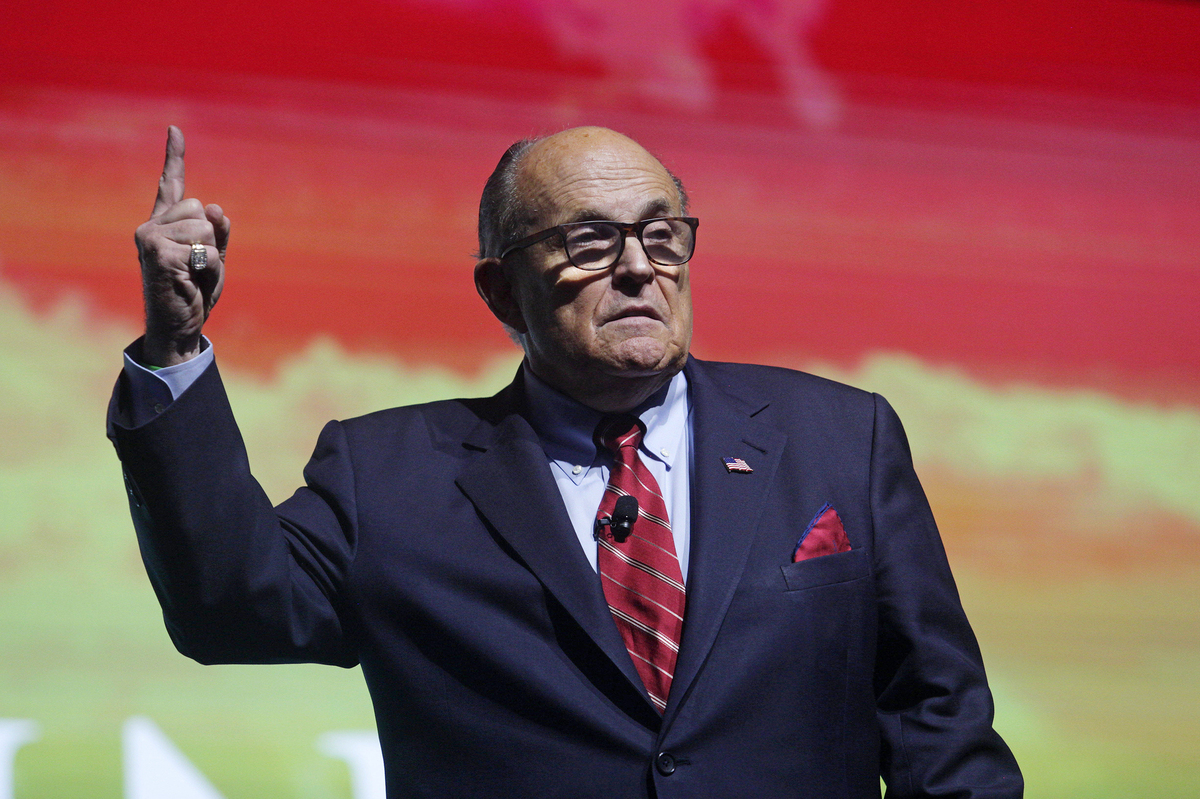 Trump attorney Rudy Giuliani's own role in the Ukraine affair has come under scrutiny.

Giuliani says there is a long record of corruption orchestrated by Biden that goes back at least as far back as two decades. Biden's role in Ukraine, he said, needs further investigation.

"I believe that it would be one of the great corrupt events in American history if this case is not investigated at the highest levels of two governments" — the United States and Ukraine, he said.

Giuliani's own role in the Ukraine affair has come under scrutiny. Multiple witnesses testified during the House impeachment inquiry last year that Giuliani pressed the new Ukrainian government to investigate the Democrats and the Bidens. Indeed, Giuliani said he was still seeking "more information" about Biden's activities in Ukraine. When asked whether he was doing that on the authority of the president, he replied: "He hasn't told me not to do it."

Giuliani declined to say whether he had turned over any of this material to the Justice Department.

"I can't answer that. it would be privileged material," he told NPR's Ryan Lucas in the same interview. "I can't tell you if I did or didn't do something with the Justice Department."

Giuliani has previously denied there was anything illegal about such an ask and has noted that he had made clear in his correspondence with Ukraine's leader that he was acting as Trump's personal lawyer — not in his role as president. Ultimately, no such meeting ever occurred.

Lev Parnas, a Giuliani associate, has also been feeding information to House Democrats that he says lays bare Trump and Giuliani's actions in Ukraine. Parnas, who was indicted on charges related to campaign finance violations in a separate case, has vowed to tell the truth and has left the door open to cooperating with prosecutors. Giuliani said he's not concerned by his former associates actions.

"If he flipped, it's because he doesn't know anything," he said. "I didn't do anything wrong. I did what a lawyer is supposed to do for his client."

As he put it in another part of the interview: "I do it because — and I know it's self-serving as hell, but it's true — I have a great sense of justice."