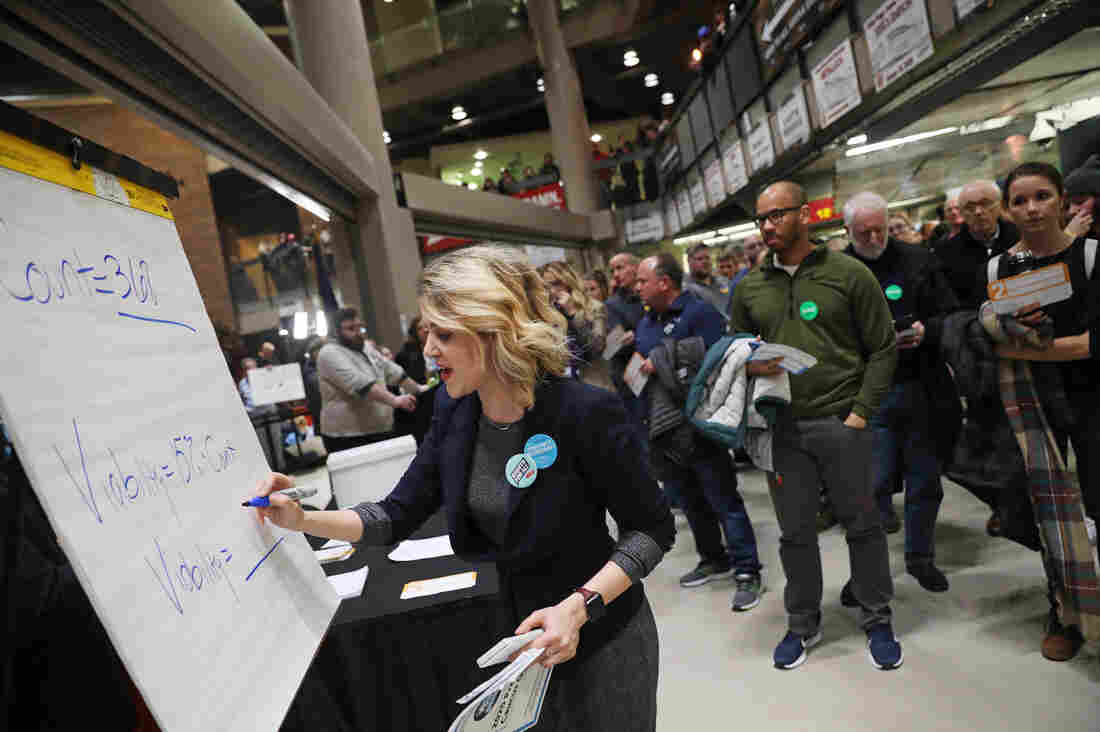 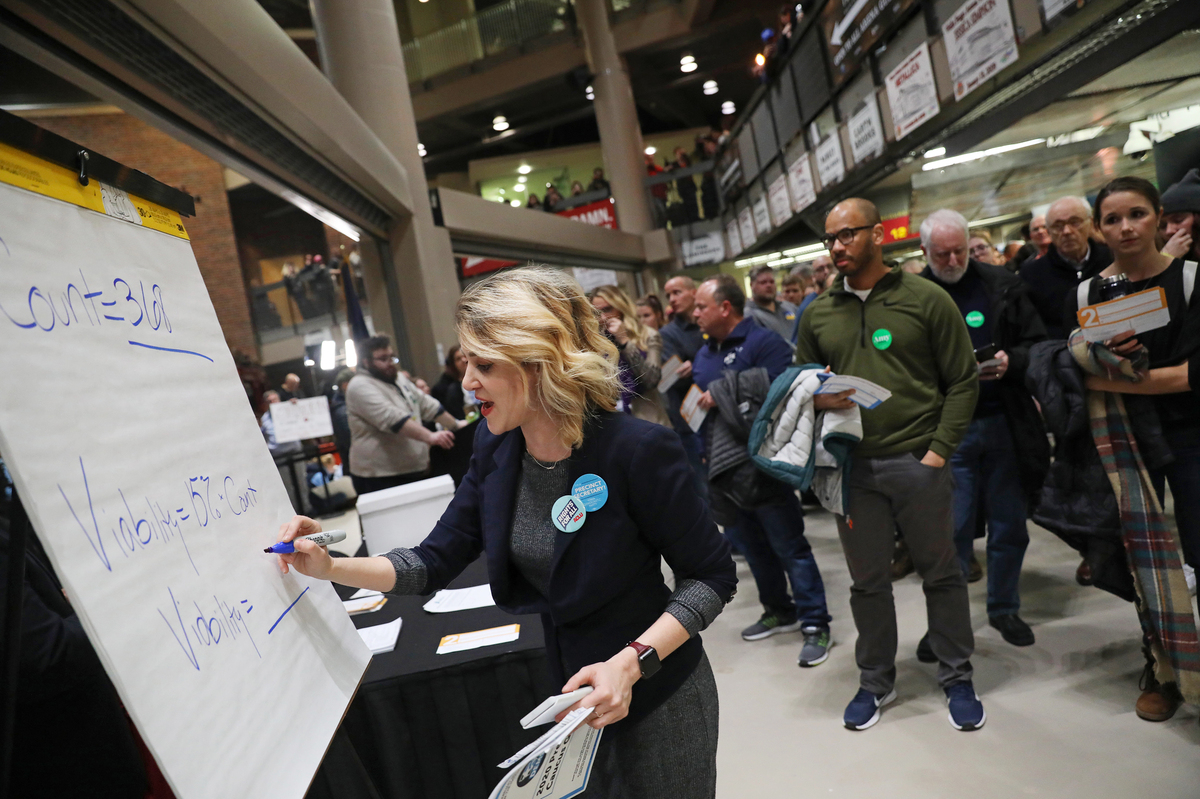 Precinct secretary Ari Fleisig at a caucus precinct site in Des Moines, Iowa, on Monday. The Iowa Democratic Party said that the data collected "was sound" despite the smartphone app malfunction.

The Iowa caucuses aren't over yet. A delay in the results meant the state Democratic Party did not call the race Monday night as expected, leaving the candidates and their supporters in limbo.

State party officials said Tuesday morning they are certain "the underlying data" collected at caucus sites is sound but that an issue arose in reporting that data. Results are expected later Tuesday. Chair Troy Price said though the app was recording data accurately, "it was reporting out only partial data" because of a "coding issue in the reporting system."

NPR's Miles Parks previously reported on concerns over the new use of a smartphone app for reporting results.

As campaigns and caucusgoers anxiously awaited results last night, Price had said the party is "manually verifying all precinct results" and expects to have numbers sometime Tuesday.

"We are validating every piece of data we have against our paper trail," Price said. "That system is taking longer than expected, but it's in place to ensure we are eventually able to report results with full confidence."

The party said "inconsistencies" were found in a few results sets but that the delay was not caused by a "a hack or intrusion." But multiple county chairs on the ground blamed malfunctions, including on the app used to report results.

"We found inconsistencies in the reporting of three sets of results. In addition to the tech systems being used to tabulate results, we are also using photos of results and a paper trail to validate that all results match and ensure that we have confidence and accuracy in the numbers we report," Iowa Democratic Party Communications Director Mandy McClure said in a statement.

"This is simply a reporting issue, the app did not go down and this is not a hack or an intrusion," McClure continued. "The underlying data and paper trail is sound and will simply take time to further report the results."

Multiple county chairs on Monday night told NPR that there were, in fact, malfunctions that delayed reporting.

Instead, Courtney said he went home and planned to call and report his precinct's results in the morning.

"[The Iowa Democratic Party] made it seem like this was going to work fine. They tested it, tested it," Courtney said. "I'm old enough, I was skeptical, the whole thing, but I thought it would be better than it is. There have been problems. Little problems with it, right, all along. Guess I wasn't surprised."

"There has been a lot of concerns from the get-go about the security of the system. Why? Well, because we know that there are plenty of interests that would just as soon thwart the accurate reporting of results. So as a result, security has been a major issue," Meyer said. "And yet the security of the system becomes an issue in part because you have all these volunteers in 1,700 different precincts, a lot of the volunteers are not going to be technologically sophisticated."

As several candidates went ahead and addressed their restless supporters overnight, there was a mounting frustration among the campaigns, too. The Iowa Democratic Party and Democratic presidential campaigns held a phone call as the delay became clear that sources say became heated at times.

"The app that was intended to relay Caucus results to the Party failed; the Party's back-up telephonic reporting system likewise has failed. Now, we understand that Caucus Chairs are attempting to — and, in many cases, failing to — report results telephonically to the Party. These acute failures are occurring statewide," Remus said.