Accessibility links
EU Takes A Dim View Of Trump's Controversial Mideast Peace Plan The plan sides with Israel on many major sticking points of the Israeli-Palestinian conflict, such as allowing Israel to annex West Bank areas. The EU said it would challenge annexation efforts. 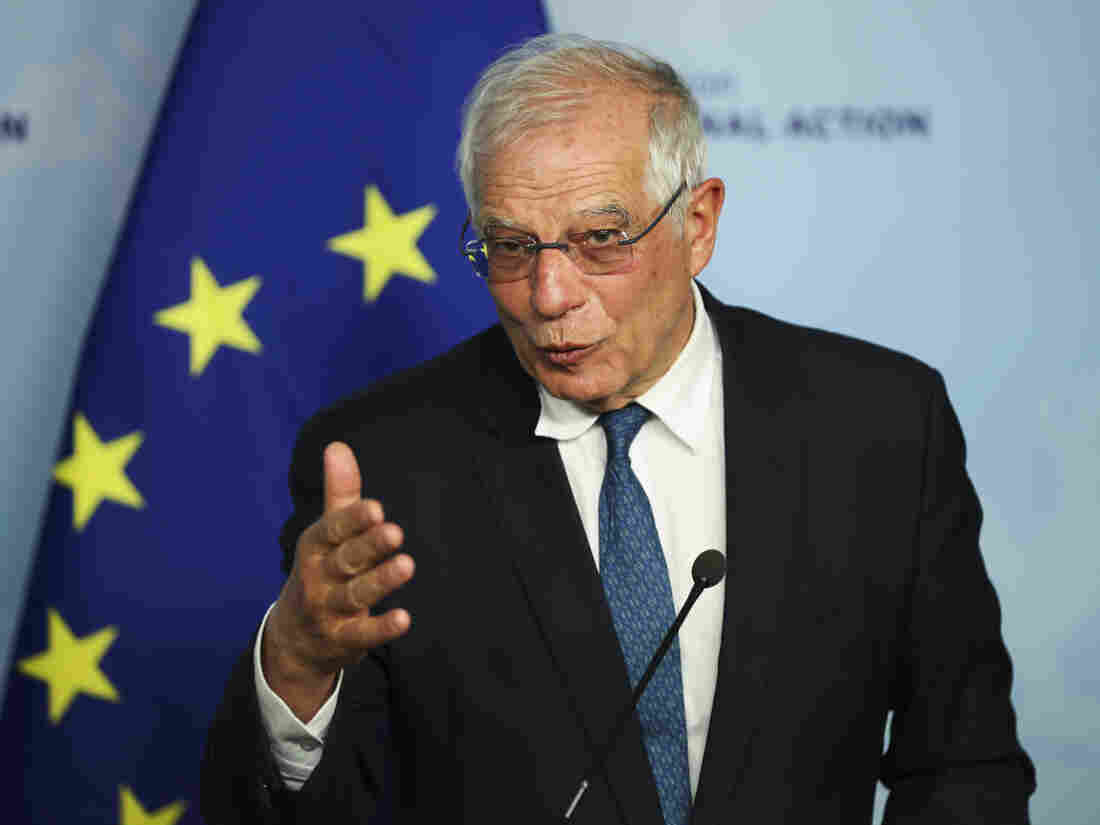 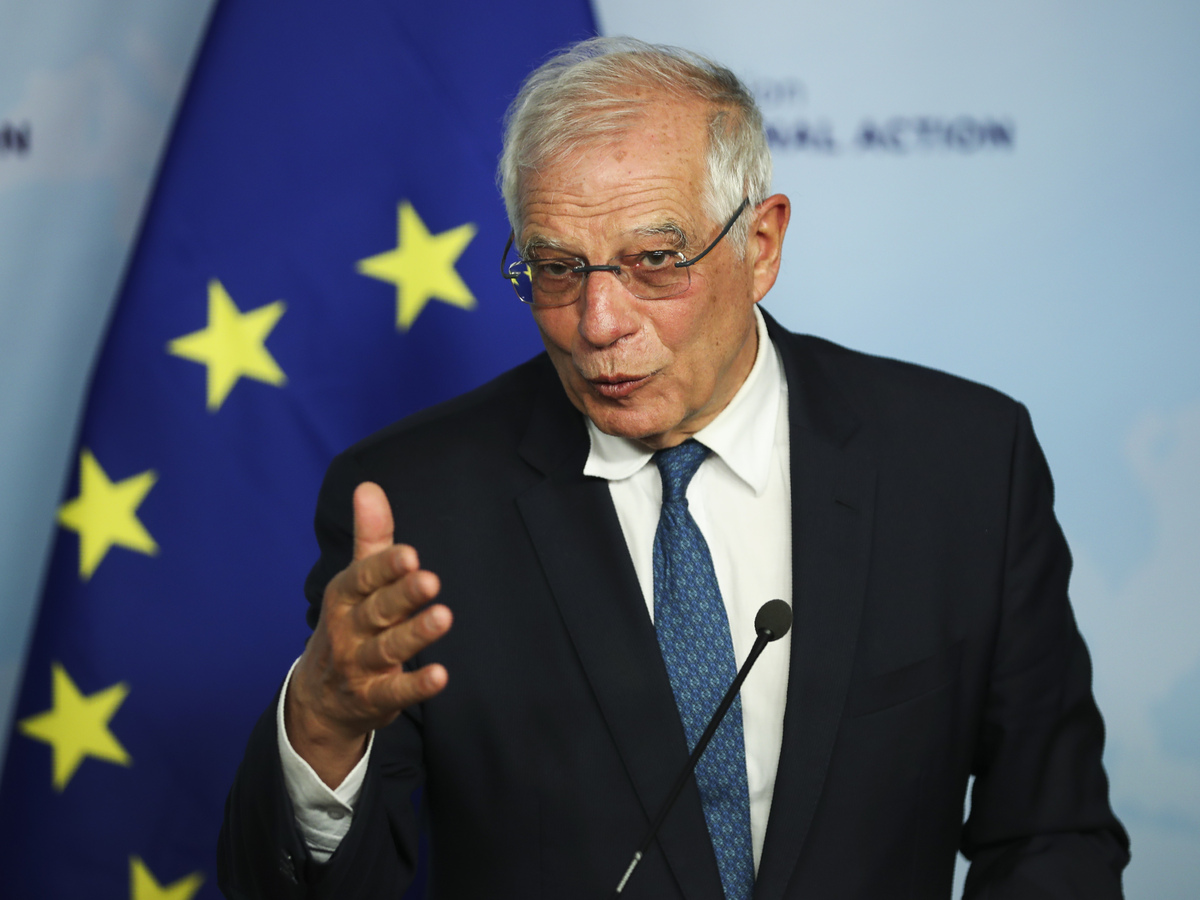 European Union foreign policy chief Josep Borrell, shown here during a news conference earlier this month, has expressed concerns about the Trump administration's proposal about how to end the Israeli-Palestinian conflict.

The European Union expressed major reservations about President Trump's newly unveiled plan to end the Israeli-Palestinian conflict, saying it doesn't meet "internationally agreed parameters" on issues such as where Israel's borders should be drawn.

The plan, which has been roundly rejected by Palestinians, sides with Israel on major sticking points such as Jerusalem, settlements in the West Bank and the right of return for Palestinian refugees.

It provides a pathway to what the Trump administration calls a Palestinian state — envisioned on fragmented areas of land over which Palestinians would not have their own security control.

In a statement, European Union foreign policy chief Josep Borrell stressed that the EU is committed to a "negotiated two-State solution, based on 1967 lines, with equivalent land swaps, as may be agreed between the parties, with the State of Israel and an independent, democratic, contiguous, sovereign and viable State of Palestine, living side by side in peace, security and mutual recognition."

Borrell said that the Trump administration's plan, which was spearheaded by the president's son-in-law Jared Kushner, "departs from these internationally agreed parameters."

The EU, and previous U.S. administrations, have called for using Israel's 1967 borders as a starting point to negotiations. Trump's plan would allow Israel to annex large portions of the West Bank, including the the Jordan Valley and many areas with existing Israeli settlements.

The EU spoke out against that idea. "In line with international law and relevant UN Security Council resolutions, the EU does not recognise Israel's sovereignty over the territories occupied since 1967," Borrell said. "Steps towards annexation, if implemented, could not pass unchallenged."

Lior Haiat, spokesperson for Israel's Ministry of Foreign Affairs, said in a tweet that "the fact that the High Rep of the EU, Josep Borrel, chose to use threatening language towards Israel, so shortly after he assumed office & only hours after his meetings in Iran, is regrettable &, to say the least, odd."

"Pursuing such policies & conduct is the best way to ensure that the EU's role in any process will be minimized," he added.

Borrell started in this role in December 2019. Prior to Tuesday's statement, the EU had not yet taken a position on the Trump administration's proposal, which was issued in coordination with Israel and without consulting the Palestinians.

Palestinian Authority President Mahmoud Abbas has described the plan as the "smack of the century."

Riyad al-Malki, the Palestinian foreign minister, is quoted in local media as saying that "despite the pressures exerted by the American administration and Israel, the [EU] statement represents a victory for international legitimacy and the diplomacy of justice which the US is trying to replace with the diplomacy of intimidation and threats."

International criticism of Trump's plan is mounting. On Monday, the African Union came out against the deal. In a statement, AU Commission Chairperson Moussa Faki Mahamat said the organization "notes with great concern that this plan ignores the legitimate rights of the Palestinian people and constitutes a serious violation of their fundamental rights."