Accessibility links
Iowa Caucus Results Meltdown: 3 Big Questions The delay has stalled the Democratic presidential race — after a year of time, money and effort was expended. It has some real consequences and raises major questions. 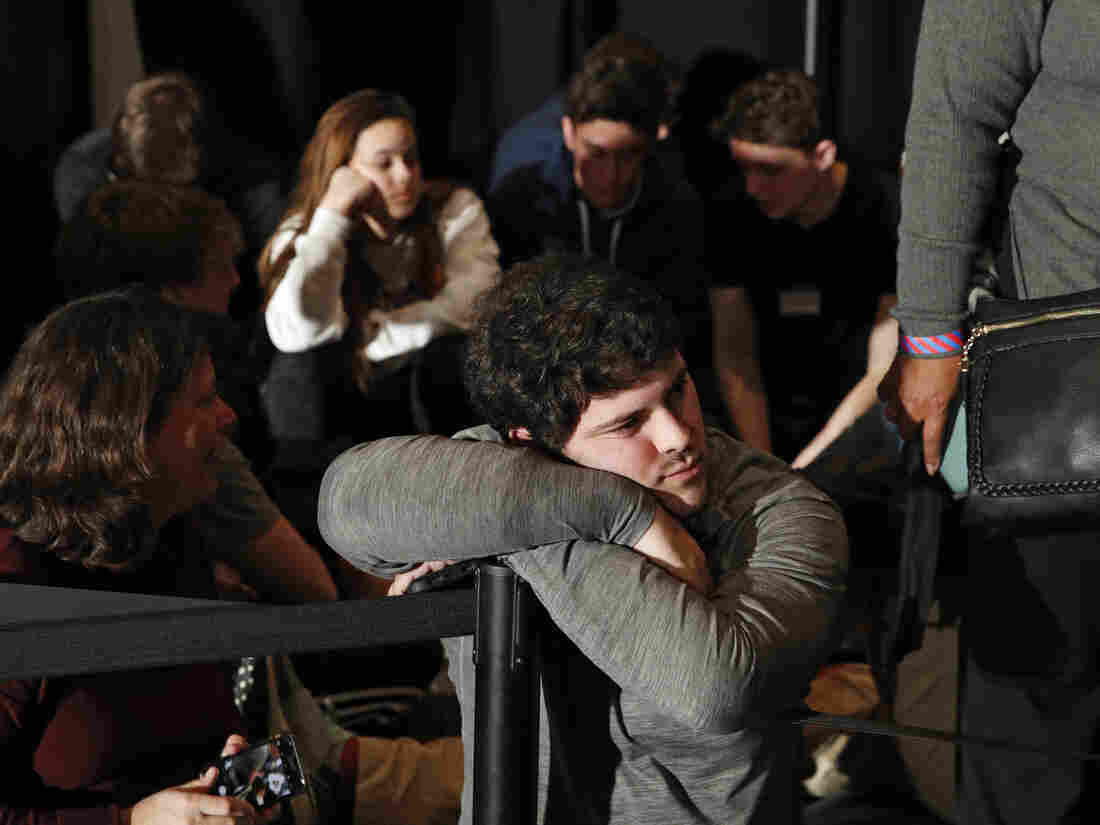 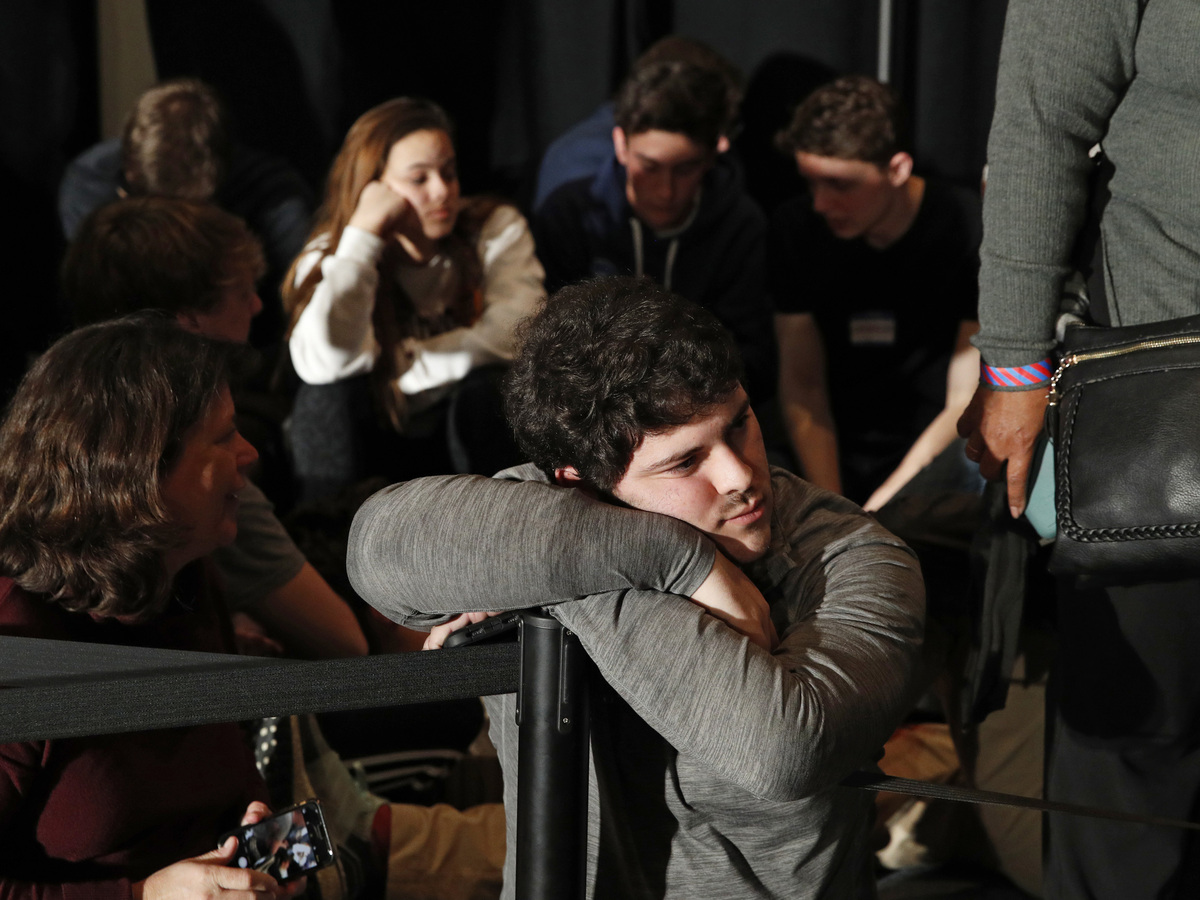 Yes, it really happened. After millions of dollars spent by the candidates, Iowa's caucuses were a bust. A delay in results has stalled the Democratic presidential race.

Now, the country is (so far) left with no winner from the contest that was supposed to kick off the Democratic presidential contest and help determine which candidate will take on President Trump this fall.

The Iowa Democratic Party tried out an app that was supposed to deliver fast results, but it failed. Luckily, the party had instituted paper backups. The state party released 62% of the results Tuesday evening, but the delay has real consequences and raises some major questions:

What might this mean for the Democratic presidential campaign?

First of all, the winner is not yet known and, above all, this debacle robbed whomever that is of a chance to have their moment in the sun.

The campaigns worked so hard in this state because it has been predictive of who has become the Democratic nominee — the last four and seven of last nine have gone on to be the party's standard-bearer over the past 40 years.

Iowa, being first, also serves to winnow the field and help elevate front-runners. That's especially important in a year like this with a record number of candidates running. Whoever actually won was stripped of the potential momentum they were banking on to catapult them into New Hampshire and beyond.

At this point, it is all spin. But imagine, for example, if on caucus night, it was known in prime time that Sanders and Buttigieg were the top two. And imagine what that would mean for Biden's candidacy — and fundraising. Eventually, the result will be known, though, and what will that mean for Biden's hopes next week in New Hampshire?

Sen. Amy Klobuchar used the lack of results as a reason to continue on to New Hampshire. What would have happened if she finished fifth with that result known on caucus night? Now, the moderates in the race may continue to split the vote for longer than they would have liked.

What the delayed result did was stall the race — after a year of time, money and effort expended.

What does this mean for Iowa's first-in-the-nation status?

It may very well be Bye-owa. Traditions are hard to change, but this mess is going to likely mean a fresh push for removing Iowa from being first.

The caucuses have already come under fire for being too complicated, too inaccessible and too white.

And this is not the first time there have been complications — with both parties. As it is, the state Democratic Party was going to make matters more confusing with three separate results.

Quirky and quaint may have given way to clunky and antiquated, especially in the 21st century with voters coming of age who look at this system and think it makes no sense.

There have been other efforts to change the calendar in the past and entrenched interests have stopped it. But before 2024, after what happened Monday night, the Democratic Party is going to have to have a real conversation and debate about how to reinvent this process.

What does this mean for faith in the vote?

Democracy is messy. And states want to go to faster, more modern ways of voting. But, if 2016 foreign interference efforts weren't enough, the Iowa delay is a real warning shot against moving too soon, too fast.

At least Iowa instituted a paper backup system this year. Imagine the level of disaster this would have been had it not.

Several places in the country are looking to use smartphones for voting with no paper backup. Every state and municipality has to be rethinking those plans today.

What's more, the Iowa Democratic Party has not been transparent about the maker of the app. And, you know what a lack of transparency breeds? Conspiracy theories. That started happening immediately Monday night (egged on by the Trump campaign).

"A Republic if we can keep it," the founders warned.

All that holds democracies together is the trust in elections. If that's lost, good luck keeping the Republic.

Another lesson for November's general election — Americans have to realize that vote counting takes awhile. News networks do a great job modeling and projecting elections. But those aren't final votes, and when a result is close, it's going to take awhile.

Remember those California congressional districts in 2018. Remember that Hillary Clinton's popular vote lead ballooned into the millions after midnight and the election of President Trump in 2016.

But in an age juxtaposed by the public's distrust and its simultaneous social media need for speed, can Americans find the will power to slow down, be judicious, wait and be patient? It seems unlikely.