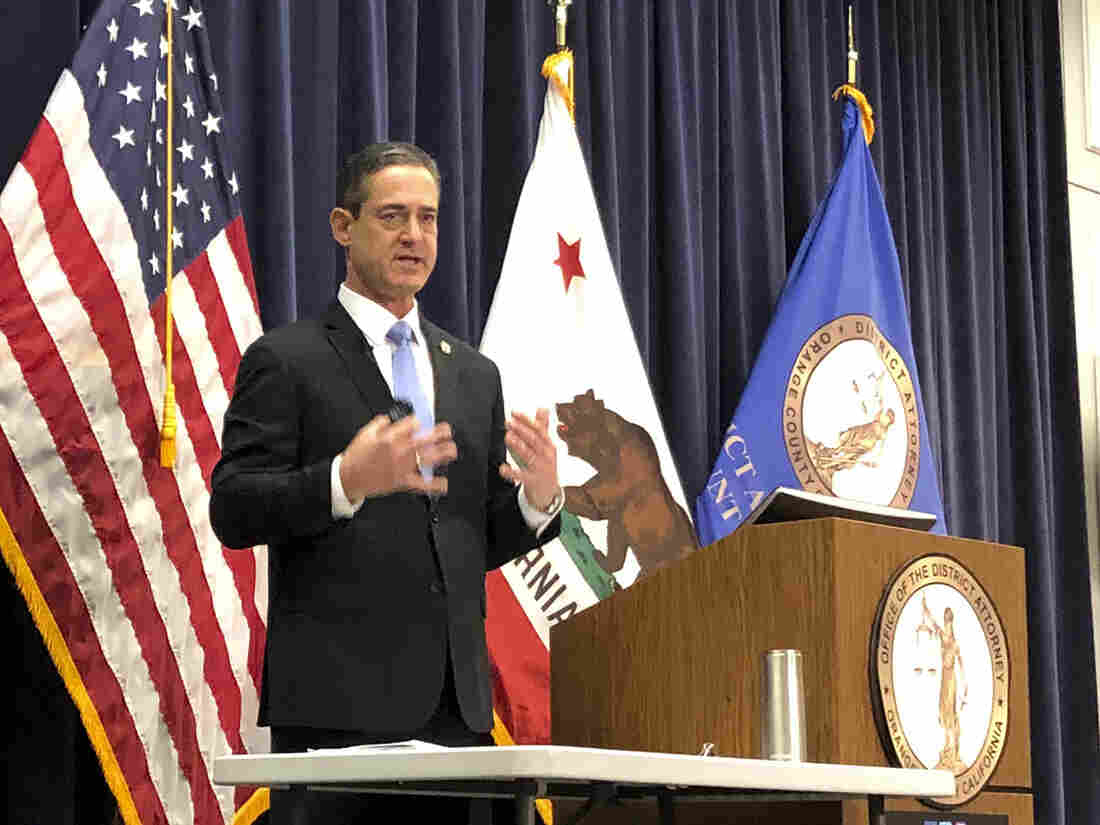 Orange County District Attorney Todd Spitzer says he will drop the charges against an orthopedic surgeon who appeared in a reality TV dating show, at a news conference in Santa Ana, Calif., on Tuesday. He cited insufficient evidence in the case. Amy Taxin/AP hide caption 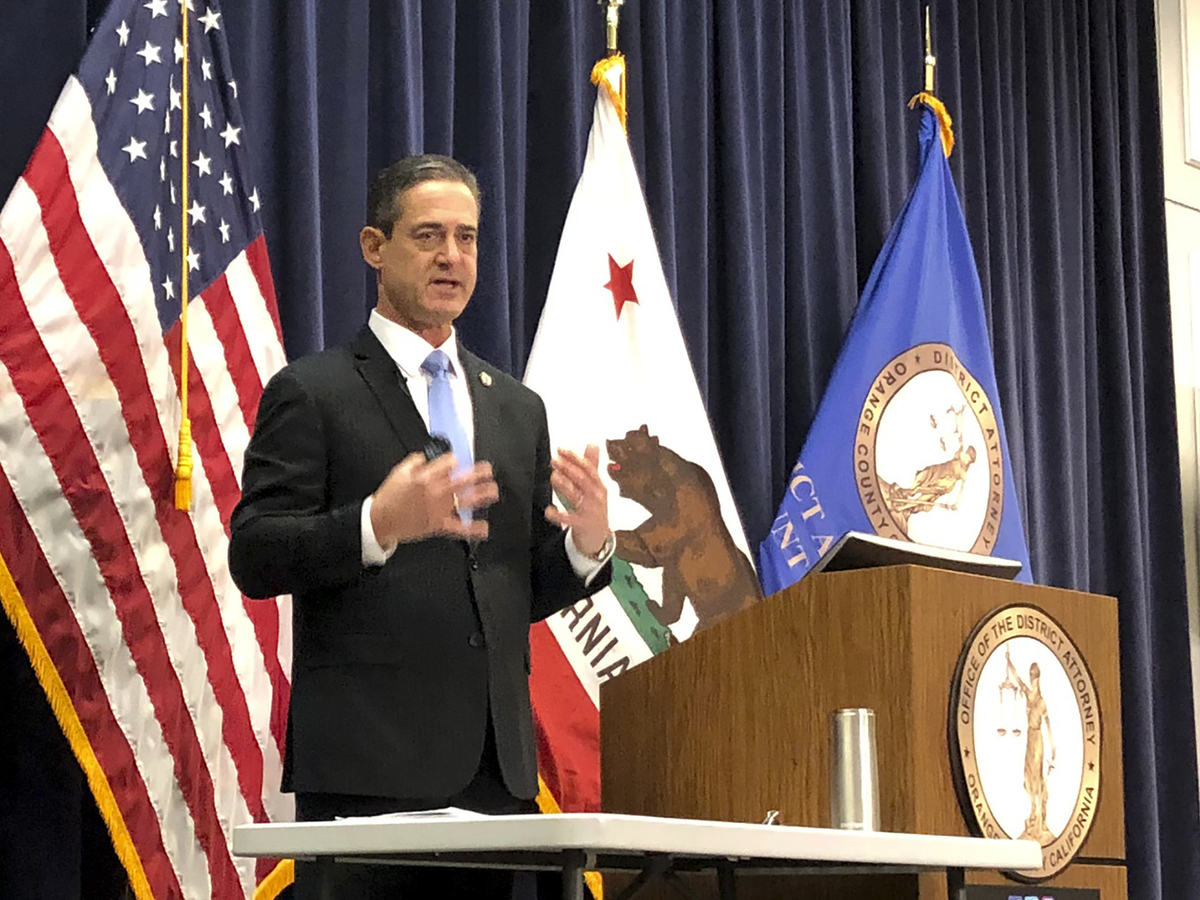 Orange County District Attorney Todd Spitzer says he will drop the charges against an orthopedic surgeon who appeared in a reality TV dating show, at a news conference in Santa Ana, Calif., on Tuesday. He cited insufficient evidence in the case.

The Orange County, Calif., district attorney says he is dropping charges against a Newport Beach doctor and his girlfriend who had been accused of drugging and sexually assaulting multiple women.

District Attorney Todd Spitzer said that a review of the case – including thousands of photos and hundreds of videos – found "no provable evidence" that Grant Robicheaux, 39, and Cerissa Riley, 33, committed any sexual offense. Robicheaux, an orthopedic surgeon in Newport Beach, had previously appeared on the Bravo TV show Online Dating Rituals of the American Male.

The case drew significant attention in 2018 when then-District Attorney Tony Rackauckas held a press conference in which Robicheaux and Riley were accused of multiple felonies. Authorities said the defendants would meet women, get them intoxicated, and then rape them at Robicheaux's apartment, often recording video of the encounters. Robicheaux and Riley deny the allegations.

Rackauckas said then that police were reviewing thousands of videos on Robicheaux's phone, many of which included Riley.

"There are several videos where the women in the videos appear to be highly intoxicated, beyond the ability to consent or resist, and they're barely responsive to the defendants' sexual advances," Rackauckas said at the time, and he put out a call for other women who may have been victims to contact his office. Five additional women subsequently came forward, resulting in additional felony charges against Robicheaux and Riley.

But as Spitzer ran for the district attorney post in 2018, he criticized the pretrial statements made by Rackauckas. Spitzer's office says Rackauckas admitted in a sworn deposition in June 2019 to using the case to help his reelection campaign.

A message has been sent to Rackauckas' law office seeking comment.

Last year, Spitzer requested that the state attorney general's office consider taking over prosecution of the case over concerns of a perceived conflict of interest, but the state declined.

Spitzer then had two prosecutors in his office reevaluate all of the evidence in the case, including photos, videos, documents, chat messages on dating apps, emails, and transcripts from victim and witness interviews and depositions.

"There is not a single piece of evidence or video or photo that shows an unconscious or incapacitated woman being sexually assaulted. Not one," Spitzer said at a news conference Tuesday, The Associated Press reported.

Spitzer says that finding led to his decision to ask all charges to be dropped in the case.

An attorney for Robicheaux, Philip Kent Cohen, told the AP that the decision was thrilling and he hoped his client could rebuild his life. But he said, "The mere filing of this case has destroyed irreparably two lives."

Michael Fell, an attorney representing one of the alleged victims, said his client would be devastated by the news. "My client believes with all of her heart she was sexually assaulted," he told the AP. "That doesn't change what she went through."