Accessibility links
President Trump Acquitted On 2 Counts As Historic Impeachment Trial Closes Senators voted as expected to clear President Trump on both articles of impeachment filed by the House. Now Washington must try to pick up the pieces. 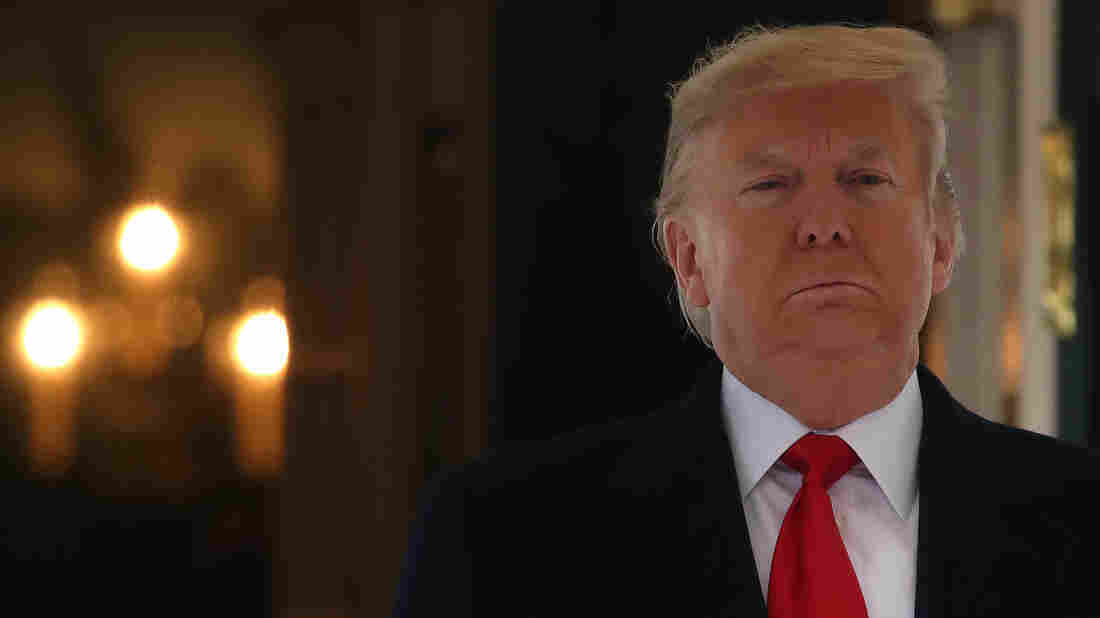 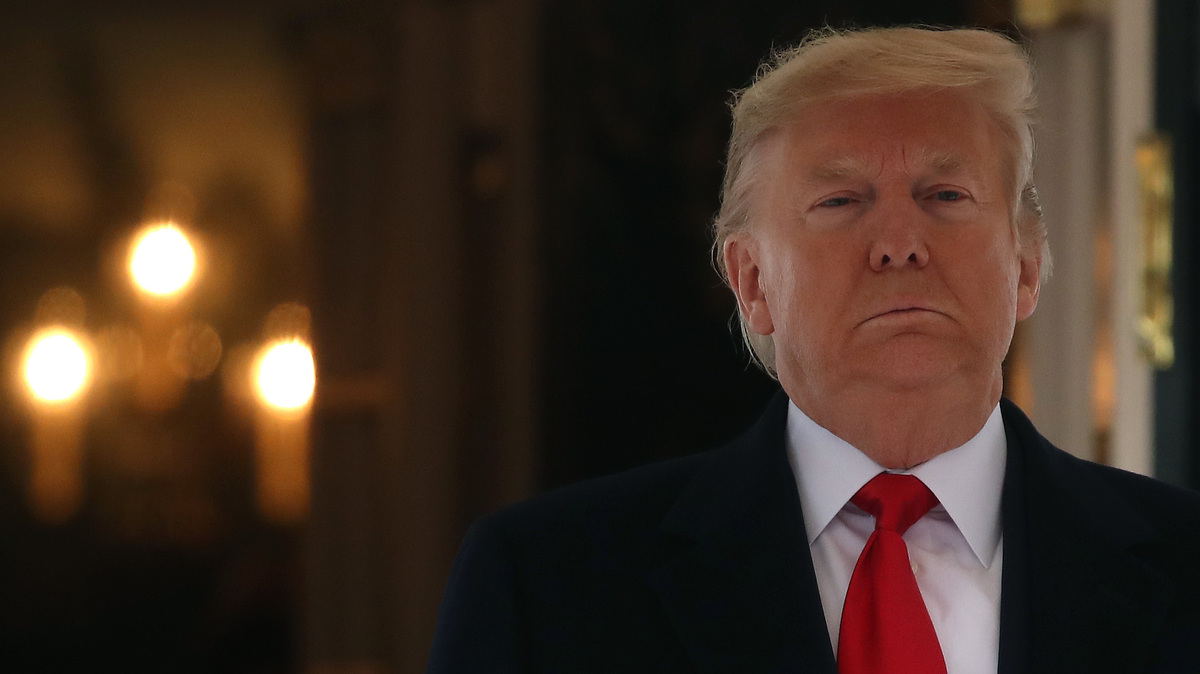 President Trump at the White House on Wednesday.

Senators voted on Wednesday afternoon to acquit President Trump on two articles of impeachment — abuse of power and obstruction of Congress — after a historically unusual but typically contentious trial.

The result of the process had never been in question after the House voted to impeach Trump in December. Senate Majority Leader Mitch McConnell, R-Ky., said months ago that he considered it "inconceivable" that a sufficient number of Republicans would break rank and support removing Trump from office.

One surprise on Wednesday, however, was that one Republican voted to convict and remove Trump on Article I: Utah Sen. Mitt Romney.

In a statement after the vote, White House Press Secretary Stephanie Grisham said the president's acquittal is a "full vindication and exoneration" of Trump.

Continued Grisham: "only the president's political opponents – all Democrats, and one failed Republican presidential candidate – voted for the manufactured impeachment articles."

Trump said on Twitter he would speak about the vote on Thursday.

Romney, never a close ally of Trump, said in a tearful speech on the Senate floor on Wednesday that he felt compelled by the oath he swore in Trump's case to act on his conviction that the president's actions were "grievously wrong."

Although Romney said he expected to be "vehemently denounced," he is believed to be the first senator in history to vote to convict in the impeachment trial of a president of his own party.

House Speaker Nancy Pelosi, D-Calif., and her members also knew going in that their strategy was likely to result in the status quo, but they concluded that Trump's conduct in the Ukraine affair left them no recourse but to censure him in the most severe way they could.

The speaker warned after the vote that she believes Trump will continue to pose a danger.

"Sadly, because of the Republican Senate's betrayal of the Constitution, the president remains an ongoing threat to American democracy, with his insistence that he is above the law and that he can corrupt the elections if he wants to," Pelosi said.

Trump froze military assistance for Ukraine last year at the same time he sought investigations that he thought might help him in the 2020 campaign.

Ultimately, Trump released the roughly $391 million in congressionally appropriated aid and got no commitments from the Ukrainians.

No harm, no foul, said the president and his supporters — and certainly no conduct, they argued, that would justify voiding the votes of Trump supporters from 2016 and denying Americans the choice to support Trump in this year's election.

White House counsel Pat Cipollone told senators that they shouldn't even consider it a close call.

"All you need is the Constitution and your common sense," he said.

Rep. Adam Schiff, D-Calif., leader of the impeachment managers who brought the articles charging Trump from the House, warned senators that if they let Trump keep his office, they not only were effectively approving his conduct but were surrendering their own power to hold any president accountable.

Trump not only abused his office in the Ukraine affair, Democrats argued, but effectively neutralized Congress' ability to conduct oversight or impeach, because the White House didn't cooperate with witnesses or documents.

"It would mean that the impeachment power is essentially a nullity," Schiff said. "It is unenforceable. The president can delay it into nonexistence."

On to the election

Trump is only the third president in American history to have been impeached and then tried in the Senate, after Andrew Johnson in 1868 and Bill Clinton in 1999. Like each of those before him, Trump survives to continue to govern.

Trump also is the unusual president to emerge from an impeachment and appeal to voters to return him to office for a second term.

It isn't clear what effect the proceedings may have on the intensifying 2020 race or voters. It also isn't clear whether the extraordinary conflict in Congress may mean that it is effectively done with business for the year.

Trump delivered the annual State of the Union address on Tuesday, and his administration is expected to release a more detailed budget proposal later this month, as presidents traditionally have.

Pelosi and Democrats, however, will retain their control over the House at least until the election. Trump's budget is a dead letter.

So how will both sides attempt to govern — or try to appear they are — at the same time they try to unseat each other, having just fought a bitter contest in the impeachment? 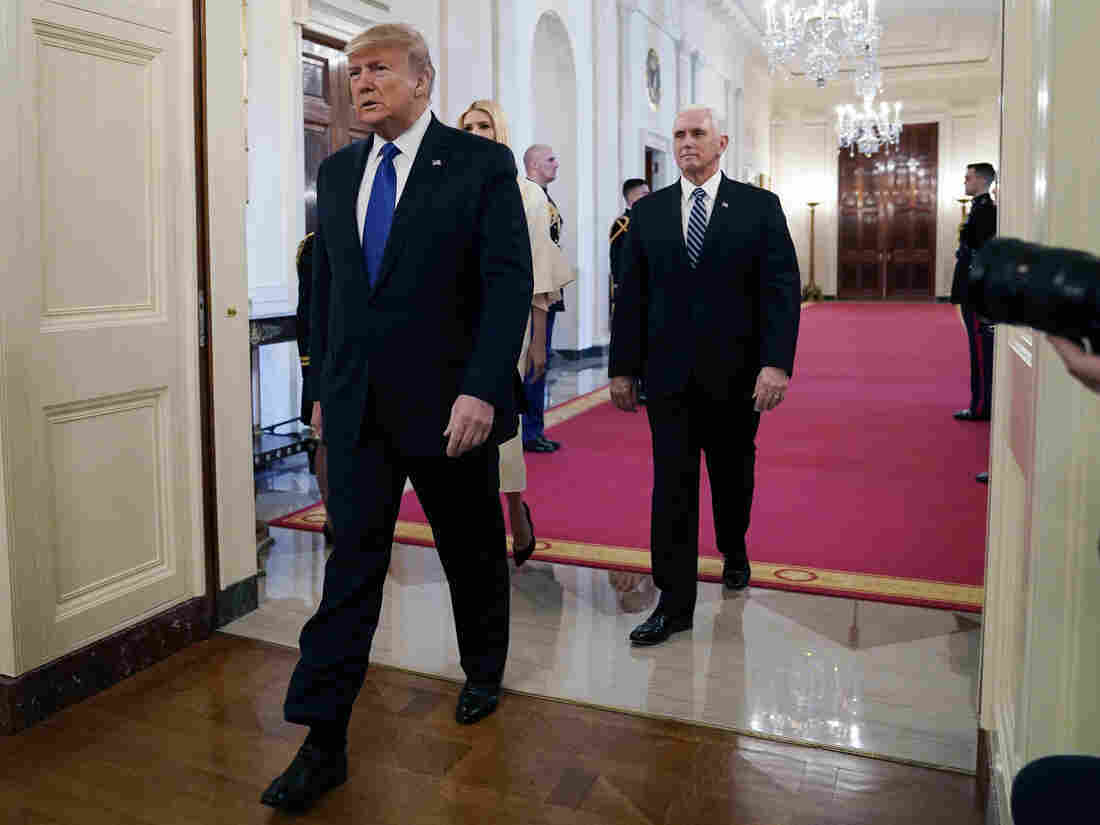 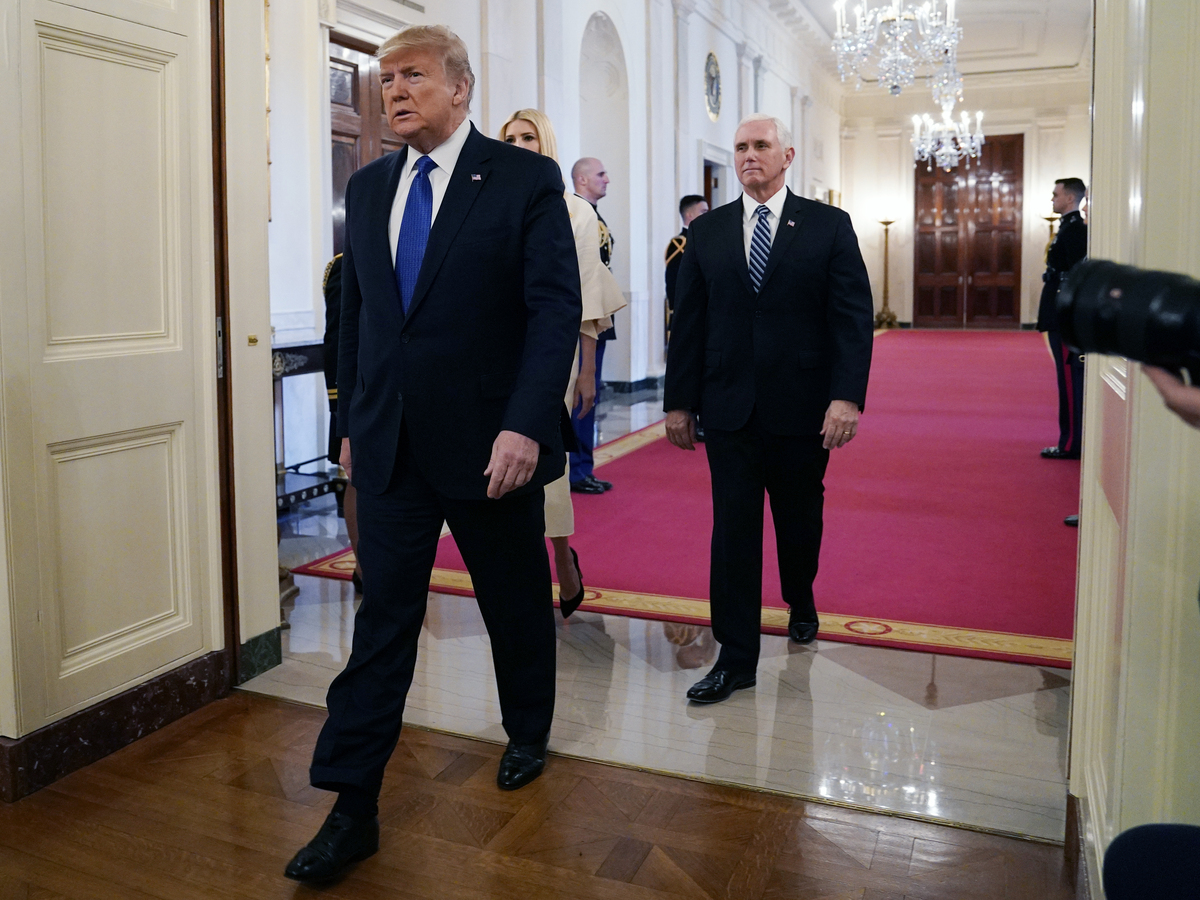 It's good to be in the majority

For as unusual as impeachment is, the course it followed in contemporary Washington was a case study in the standard dynamics of a divided capital.

In the House, Republicans complained about what they called an irregular and unfair process controlled by the majority Democrats. The White House resisted cooperation too, including with a letter from Cipollone that declared that the impeachment process was beneath contempt.

Then, before the articles even reached the Senate, Democrats began complaining about the process there, which they knew would be controlled by Republicans.

Pelosi compounded the unusual nature of the proceedings by withholding the articles from the Senate after they were passed on Dec. 18.

Senate Minority Leader Chuck Schumer, D-N.Y., Schiff and others called for new witness testimony before and during the Senate proceedings — particularly that of former national security adviser John Bolton.

Bolton toyed with official Washington by volunteering to appear before the Senate if subpoenaed. The New York Times reported that the contents of his forthcoming book further supported the allegations against Trump.

Those revelations set the stage for a partisan showdown. For a time, Washington focused intensely on a handful of potential crossover Republicans who might have joined Democrats to call witnesses and prolong the impeachment, if not change its ultimate outcome.

Scrutiny fell on Romney and other Republicans, including Lamar Alexander of Tennessee, Lisa Murkowski of Alaska and Susan Collins of Maine. Ultimately, Democrats could not bring over a sufficient number of GOP votes.

So the Senate resolved last Friday to proceed to the final judgment it rendered this Wednesday. Trump's allies welcomed the end to the impeachment saga but warned that Democrats have set a precedent that may threaten one of their own presidents someday.

Witness Vote Fails, But Impeachment Trial Stretches To Next Week

"Ladies and gentlemen, you will come to regret this whole process," warned Sen. Lindsey Graham, R-S.C.

McConnell said that senators voting to acquit Trump were repudiating what he called a "grave abuse of power" by the House that would "reduce the Framers' designs to rubble."

Pelosi, for her part, sought to make clear before the conclusion of the case that she didn't believe Trump could be truly vindicated by the Senate. Impeachment would stay with him, she said, and the trial itself wasn't fair.

An earlier version of this story mistakenly said Andrew Johnson was tried in the Senate in 1869. The year was 1868.