Accessibility links
Trump Acquitted On Impeachment Articles; Romney Breaks Rank The Senate found President Trump not guilty on charges of abuse of power and obstruction of Congress. Sen. Mitt Romney of Utah voted to convict Trump on only the first article of impeachment. 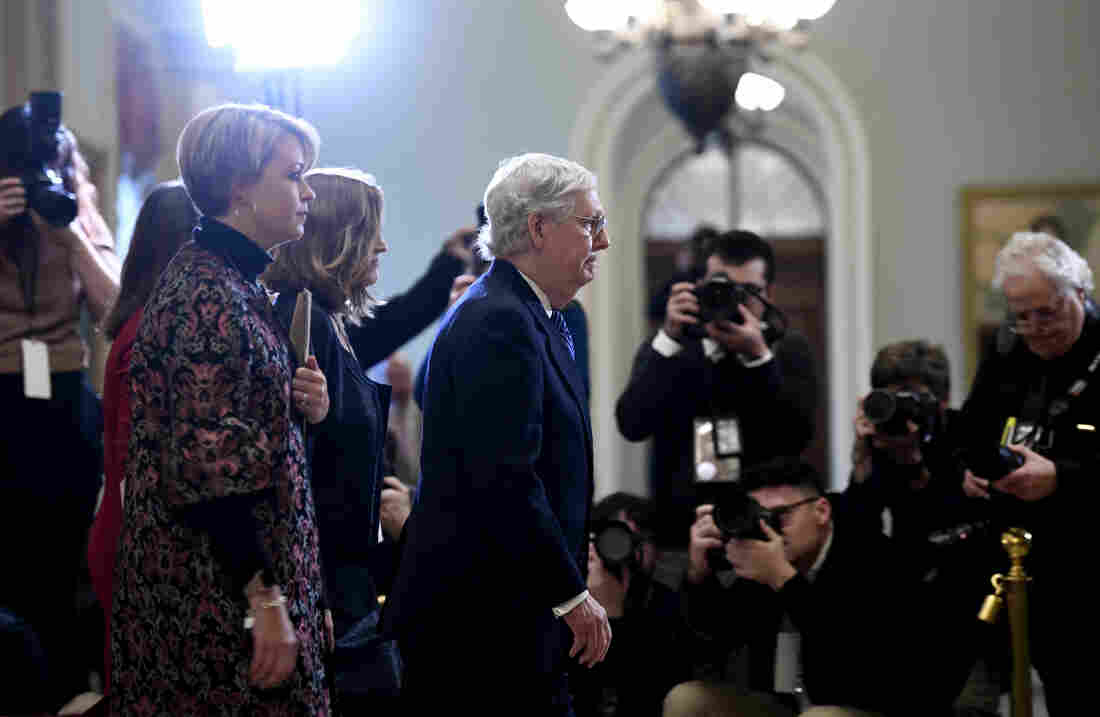 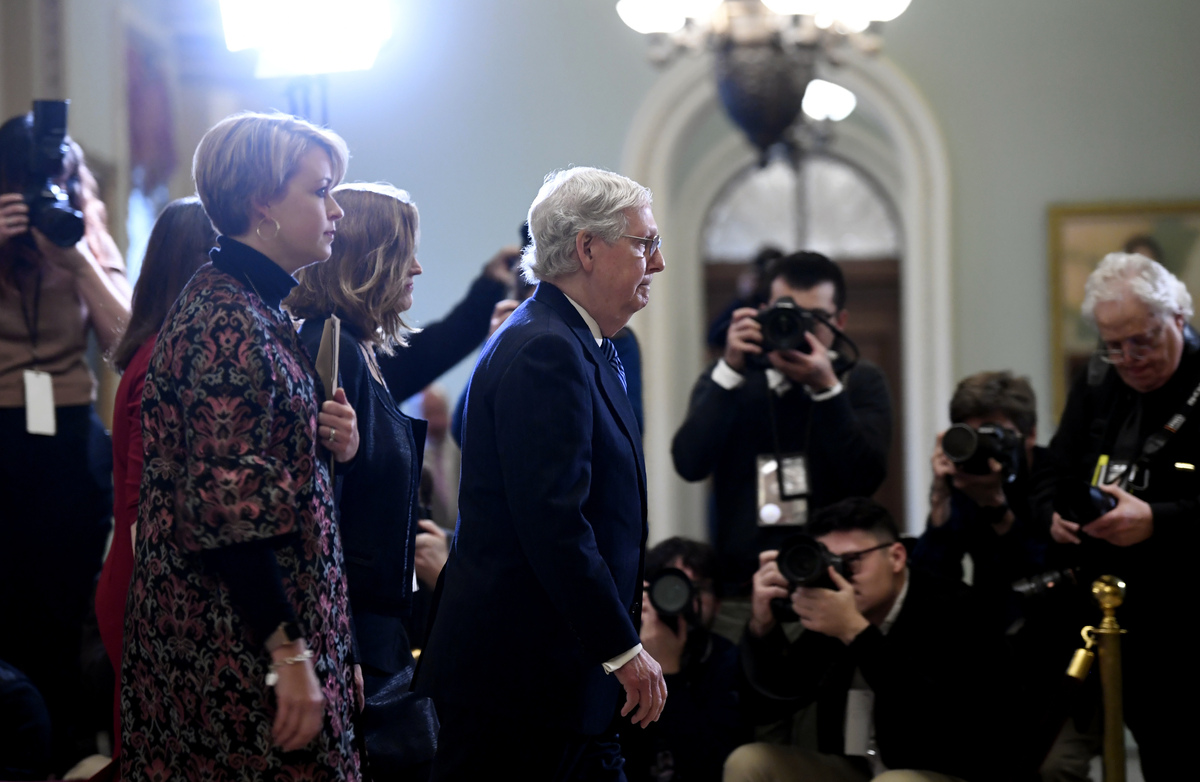 The Senate has voted to acquit President Trump on both articles of impeachment — abuse of power and obstruction of Congress — ending a months-long process of investigations and hearings and exposing a sharply divided Congress and country.

Acquittal on the first article was 52-48, with Republican Sen. Mitt Romney of Utah becoming the only senator to cross party lines. Trump was cleared of the second charge on a straight party-line vote of 53-47.

Convicting and removing Trump from office would have required 67 votes.

The Trump campaign immediately issued a statement after the vote, saying the president has been "totally vindicated." Trump tweeted that he will make a public statement on Thursday at 12 p.m. ET "to discuss our Country's VICTORY on the Impeachment Hoax!"

House Speaker Nancy Pelosi, D-Calif., insisted that despite the vote, "there can be no acquittal without a trial, and there is no trial without witnesses, documents and evidence." The Senate voted last week against admitting witnesses.

Pelosi added that regardless of the outcome in the Senate, Trump has been "impeached forever."

Trump is only the third U.S. president to be impeached by the House of Representatives. None has been removed from office by the Senate. 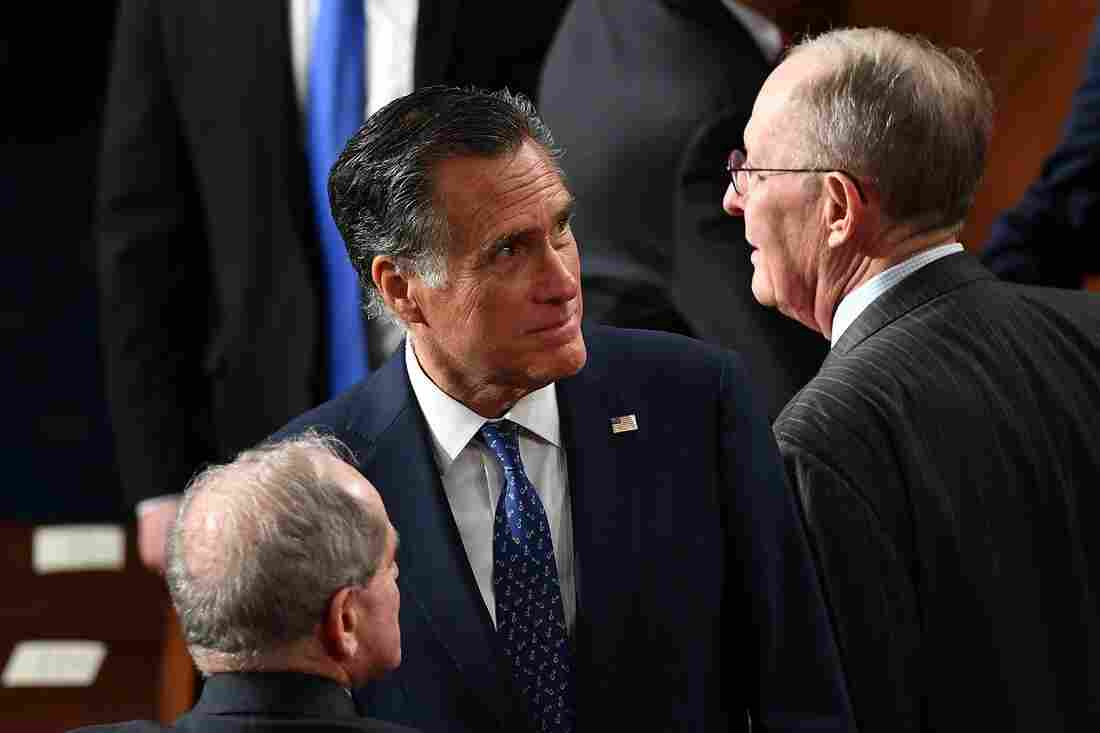 Sen. Mitt Romney, R-Utah, pictured at President Trump's State of the Union address on Tuesday, voted to convict Trump on abuse of power but not obstruction of Congress in Wednesday's vote. Mandel Ngan/AFP via Getty Images hide caption 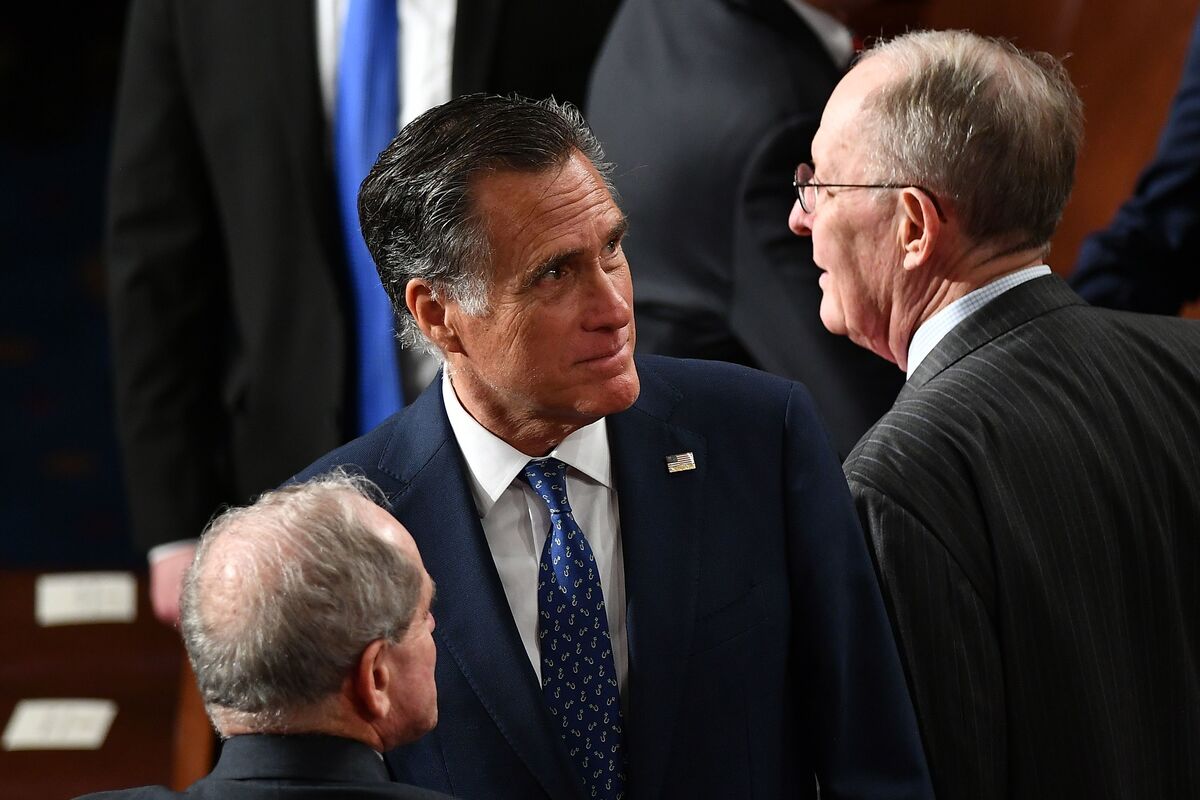 Sen. Mitt Romney, R-Utah, pictured at President Trump's State of the Union address on Tuesday, voted to convict Trump on abuse of power but not obstruction of Congress in Wednesday's vote.

Ahead of the vote, Romney said he could not stand with his party over Trump's actions with Ukraine, which he called "grievously wrong."

"The president is guilty of an appalling abuse of public trust," said Romney on the Senate floor. "What he did was not perfect. No, it was a flagrant assault on our electoral rights, our national security and our fundamental values," he said. "Corrupting an election to keep oneself in office is perhaps the most abusive and destructive violation of one's oath of office that I can imagine."

Romney was the only Republican to vote guilty, but he becomes the first senator to vote to remove a president of his own party from office.

Romney did vote against the second article of impeachment, for obstructing Congress.

Asked how long Romney would be in the Senate GOP's doghouse, Majority Leader Mitch McConnell, R-Ky., responded, "We don't have any doghouses here. The most important vote is the next vote."

McConnell told reporters that impeachment has been "a political loser" for Democrats and "a colossal political mistake."

While Romney was the lone Republican to vote against the president, Democrats were united in their opposition. Three red-state Democrats who were considered possible supporters of acquittal — Sens. Joe Manchin of West Virginia, Kyrsten Sinema of Arizona and Doug Jones of Alabama — all voted guilty on both articles.

The action Wednesday closes the chapter on Trump's Senate trial, capping a process that began with an impeachment inquiry in the House of Representatives and then led to the president's impeachment and, ultimately, his acquittal.

The result was never in doubt. Republicans hold a comfortable majority in the chamber, and the Democratic caucus would have needed 20 Republicans to break with their party's leadership. Most GOP senators are ardent supporters of the president.

Trump has called the entire process a "witch hunt" and did not acknowledge it in Tuesday night's State of the Union address to Congress, a speech where the audience of congressional lawmakers was as divided on the issue of impeachment as the citizens they represent.

At issue is Trump's July 25 phone call with Ukraine's newly elected president, Volodymyr Zelenskiy. Democrats say Trump tied the release of frozen military aid to Ukraine to an investigation of Joe Biden, the former vice president who is a Democratic presidential candidate. That forms the basis of the first article of impeachment: abuse of power.

The White House declined to participate in the House impeachment inquiry into whether Trump's action constituted a quid pro quo — a decision that formed the basis of the second article of impeachment against Trump: obstruction of Congress.

Sen. Susan Collins, the Maine Republican who was seen as a swing vote in the trial, said Tuesday that House managers did not meet the burden of showing that the president's conduct was worth his removal from office.

She said that while it was "wrong of [Trump] to ask a foreign government to investigate a political rival," there were gaps in the record about the phone call.

Collins also criticized the House managers' rationale on Article 2, obstruction of Congress, saying the Democrats chose "speed over finality"; many Republicans argue that the House Democrats should have gone to court to subpoena Trump administration witnesses for testimony and documents.

Rep. Adam Schiff, the lead House manager, has said that legal route would have taken too long.

But the scrutiny of the Trump administration continues, Democrats vowed on Wednesday.

Senate Minority Leader Chuck Schumer of New York said that Trump should be impeached again if he commits future transgressions.

"The standard should be, 'Did the president commit high crimes and misdemeanors?' I think it's conclusive the president did ... and if the president does it again in three months, they should impeach him again," Schumer said.

On the House side, Judiciary Committee Chairman Jerry Nadler, D-N.Y., said the House expects to continue its investigations into Trump's conduct.

Nadler said the House "will likely" subpoena former national security adviser John Bolton, who Democrats had hoped would appear as a witness in the Senate trial.