Accessibility links
Florida Island At The Center Of Court Battle Between Developer And Government Just off Key West, undeveloped Wisteria Island — long home to a ragtag community — is at the center of a legal fight. The U.S. government and a Florida developer are fighting over ownership. 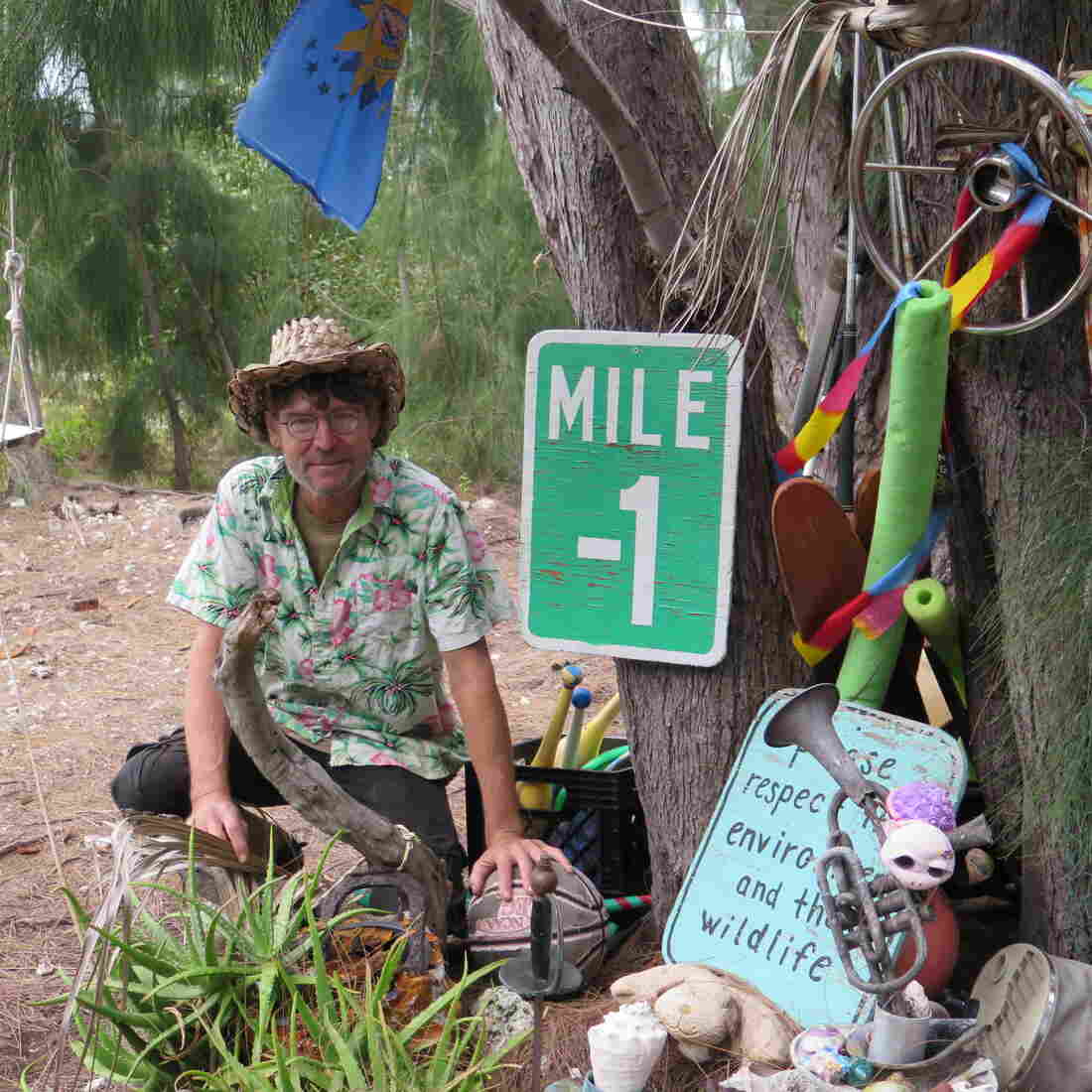 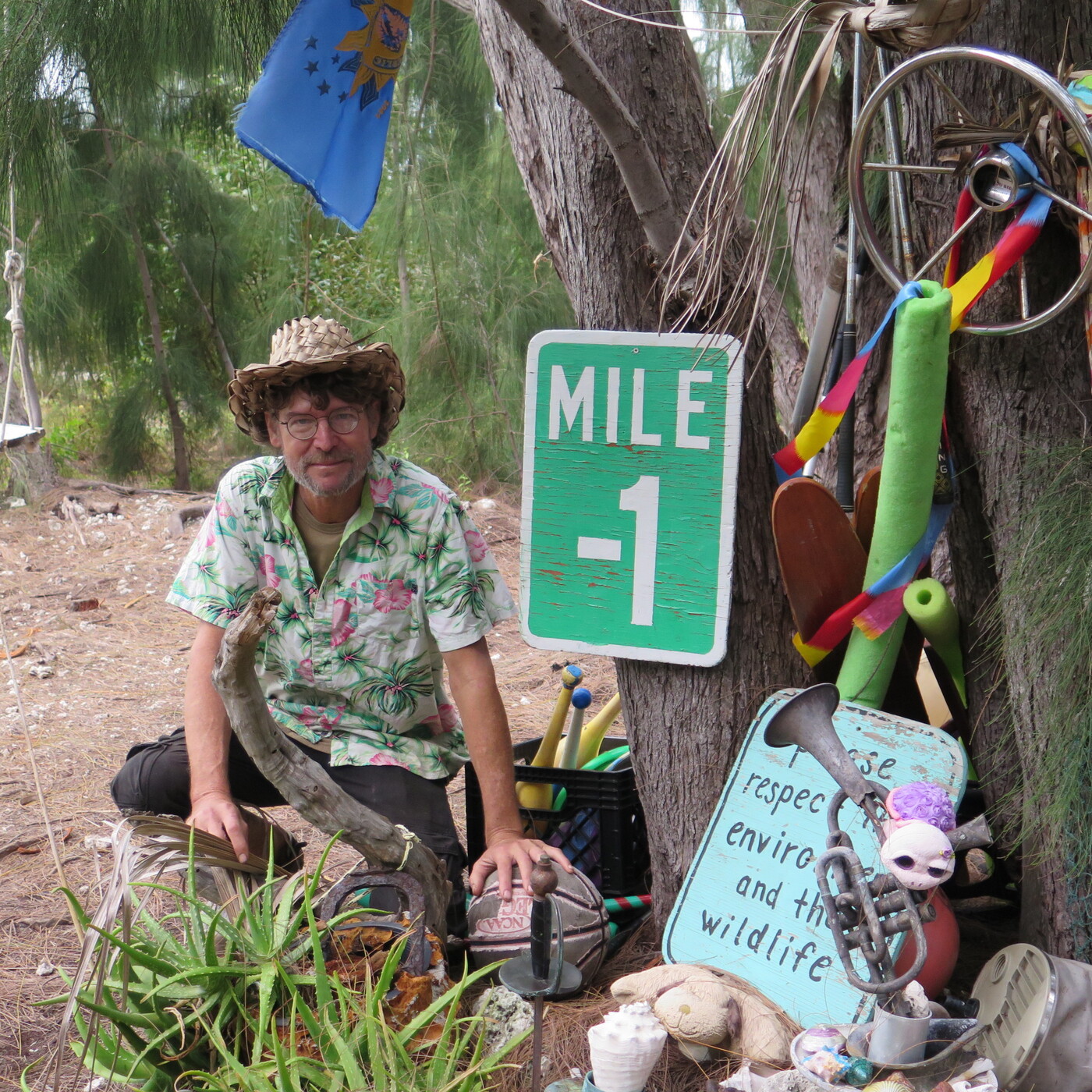 Cliff Hartman, sometimes called the unofficial "mayor," sleeps on his boat but keeps a camp on Wisteria island.

Wisteria Island, created by the U.S. Navy nearly a century ago, has been left untouched for decades, except by boaters and campers who make their homes there. It's a valuable piece of real estate that's now at the center of a court battle between a developer and the federal government who both say they own it.

There are no bridges to Wisteria. It's less than a mile offshore and you need a boat to get there. Cliff Hartman is part of an informal community who make their home on the island. He has been there 15 years and, like many, he sleeps on his boat, but keeps a camp on the island. Hartman says most work in Key West but can't afford to live there. He's sometimes called Wisteria Island's mayor.

"That was a joke," he says, "because whenever I saw someone new here, I would tell them, 'Hey, you got to be careful with fire. Don't camp on the beach. Don't bring rowdy people out here.' "

The small island is sandy and rocky, just over 20 acres with native plants such as mangroves and sea grapes. Walking across it, Hartman points out the sites for visitors.

"I'd say there are probably like 15 individual little camps around that people stay at," he says.

Some have tents. Other campsites are just clearings between trees shaded by tarps. Hartman stops at one camp.

"This is someone from town that comes out here on the weekends," he says. "There are some more permanent."

It's a squatter's community, but one that's been here for decades, going back at least to the 1960s. For most of that time, the family that owned the island left them alone, even sometimes giving boaters written permission to anchor there. Arnaud Girard and his wife, Naja, lived on their boat, anchored off the island, for 18 years.

"We raised all our kids on a boat," Girard says. "They grew up out there. I mean basically, Wisteria Island was their playground." 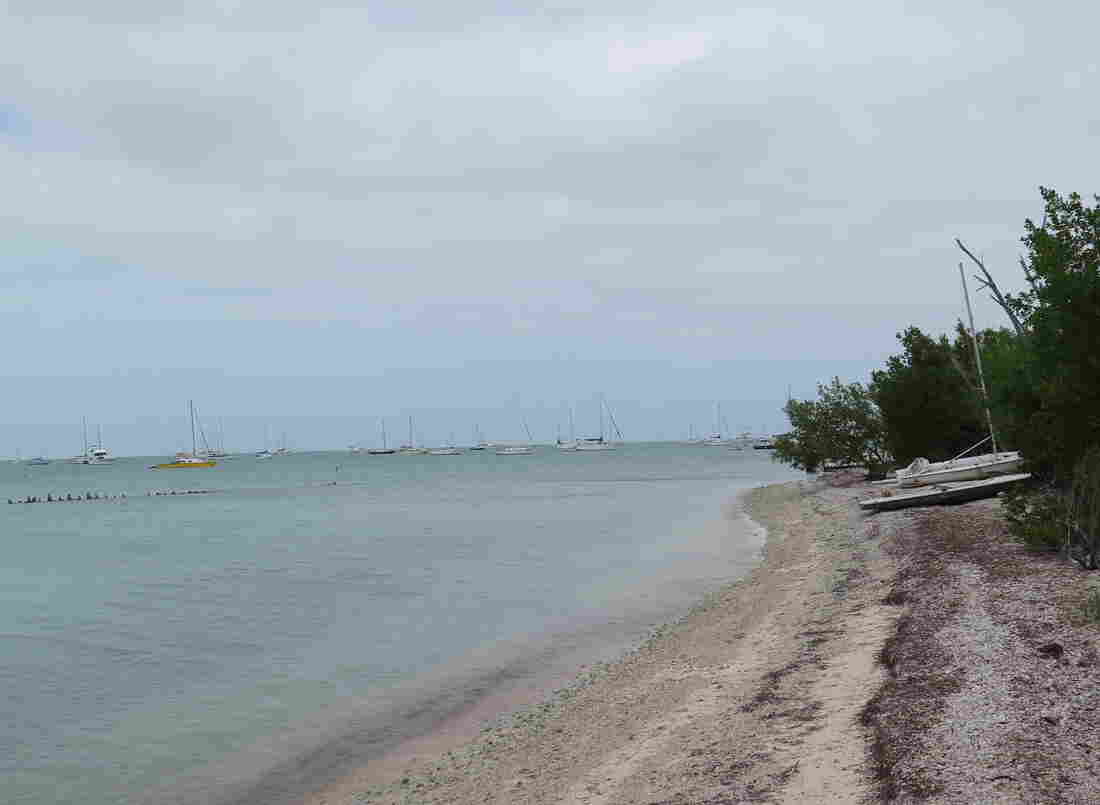 Some people work in Key West but live on their boats anchored off Wisteria Island. Greg Allen/NPR hide caption 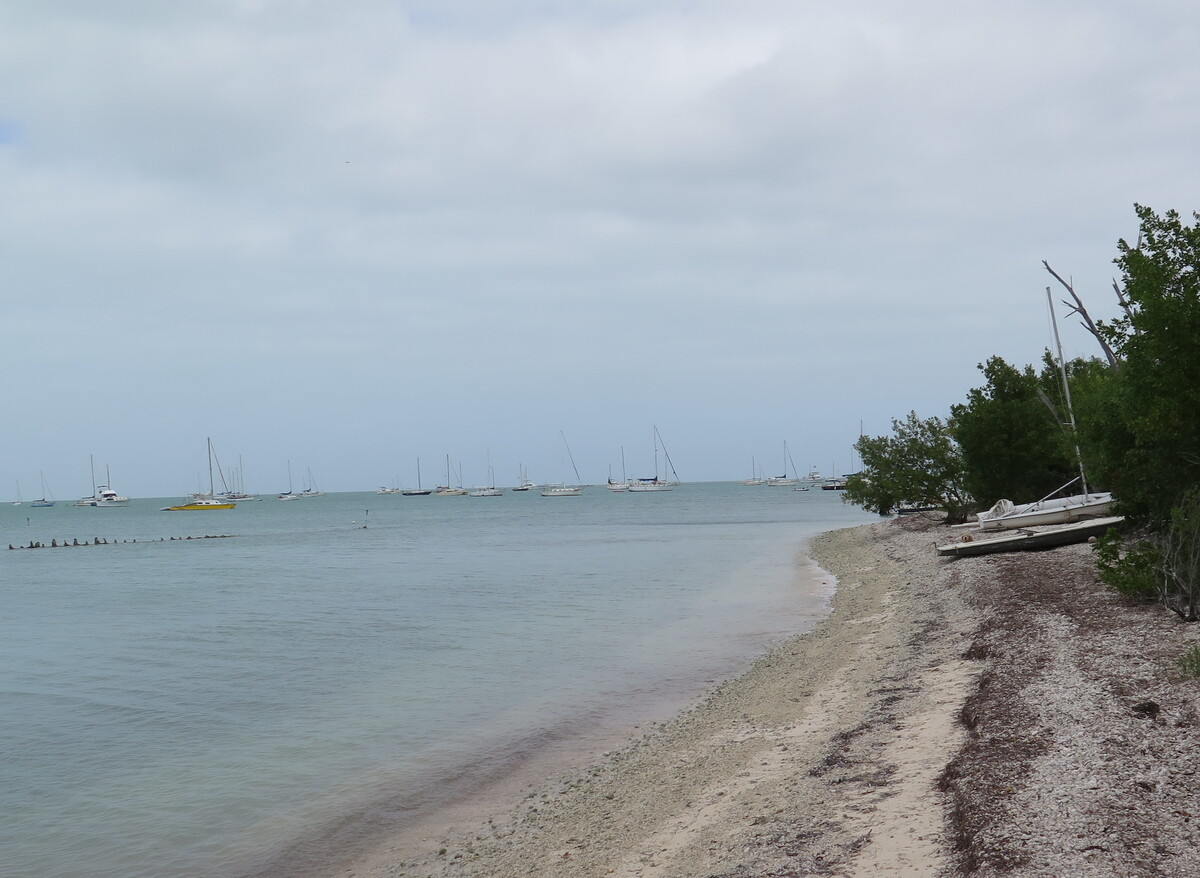 Some people work in Key West but live on their boats anchored off Wisteria Island.

About a decade ago, the Bernstein family, the island's owners, began making plans to build a luxury resort there. Concerned about what that would mean for Key West and the community on Wisteria Island, the Girards started to dig into its history. It's what's known as a "spoil island," created by the Navy with material dredged from the Key West harbor channel. In the early 1950s, the state of Florida agreed to sell it to a powerful local politician. It was later resold and eventually acquired by the Bernsteins.

Working with a local newspaper, the Girards went to a National Archives facility near Washington, D.C., and asked to see everything they had on Wisteria Island.

"They brought this cart with boxes and boxes and boxes of things. And we're like, 'Really?' And we sat there for days and days and we came back with a letter from the president of the United States," Arnaud Girard says.

It was a letter signed in 1924 by President Calvin Coolidge reserving the island for the Navy.

That letter, along with other documents uncovered by the Girards, helped convince the U.S. government that it — not the Bernstein family — is Wisteria Island's rightful owner. The government has asked a federal judge to certify its ownership in a lawsuit that's set to go to trial this spring.

It's a convoluted case, with legal briefs detailing history going back to 1845. A key part of the case deals with an arcane piece of U.S. history — the 1953 Submerged Lands Act. That law transferred from the federal government to the states ownership of the area within 3 miles of the coast. But it reserved for the federal government "all lands filled in, built up, or otherwise reclaimed by the United States for its own use."

Bruce Rogow is a lawyer representing FEB Corp., which includes the Bernsteins and other investors. He says that's the key point in FEB's claim — the Navy never had a use for Wisteria Island.

"They had to put this spoil somewhere," Rogow says. "And they put it on what turned out now to be Wisteria Island. So they created the island. But they didn't create it for their own use. They created it as a depository to put the spoil."

For the Bernstein family, the government's decision to reassert its claim came as a blow. The property is worth tens of millions of dollars and the family has paid taxes on it for more than 50 years.

Key West also has a lot riding on the case. For Cliff Hartman and many others, the ragtag community on Wisteria Island is a last vestige of the way Key West used to be — unconventional but self-reliant.

"Most of the people in town think this island is just a haven for pirates and scallywags, and sometimes it is. But this is also one of the only places where kids can come play out in nature," Hartman says.

If the government is successful in its lawsuit, Hartman and many others here are hoping Wisteria Island will be preserved as a natural area or a park.