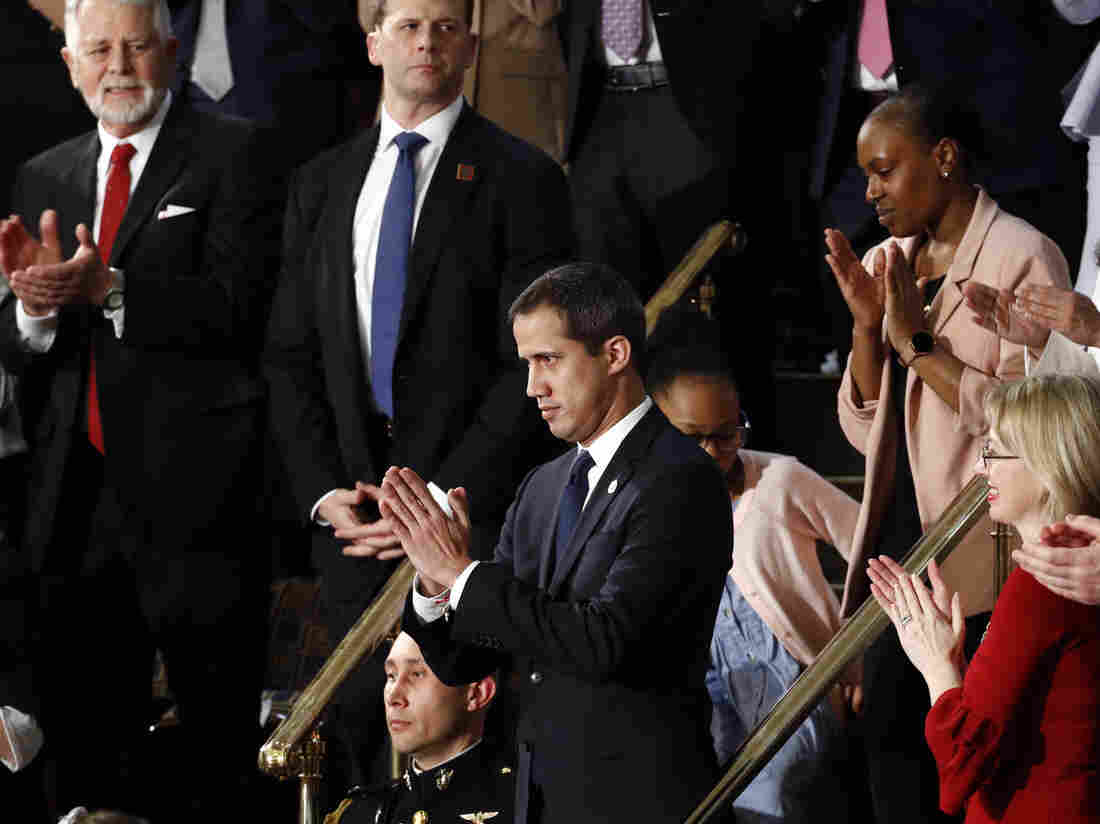 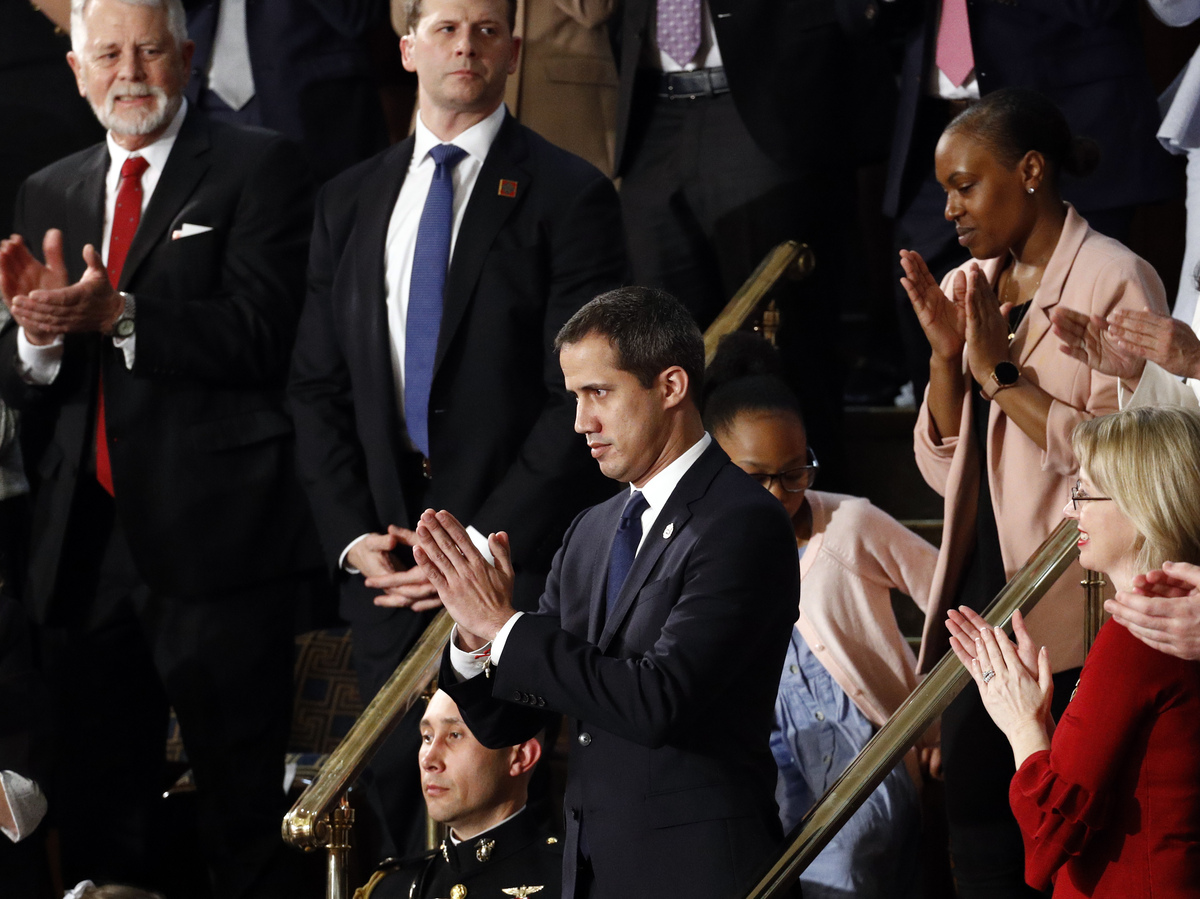 Venezuelan opposition leader Juan Guaidó applauds as President Trump delivers his State of the Union address to a joint session of Congress.

Venezuelan opposition leader Juan Guaidó's appearance at the State of the Union — as well as the bipartisan ovation he received — was intended to send a strong message of U.S. support for his efforts to unseat Venezuelan leader Nicolás Maduro.

Guaidó attended the address as a guest of the White House.

"Maduro is an illegitimate ruler, a tyrant who brutalizes his people, but Maduro's grip on tyranny will be smashed and broken," Trump said in his speech. "Here this evening is a very brave man who carries with him the hopes, dreams and aspirations of all Venezuelans. Joining us in the gallery is the true and legitimate president of Venezuela, Juan Guaidó."

Guaidó's visit to Washington comes after a rare trip outside Venezuela for an international tour aimed at increasing support for his push for new democratic leadership in Venezuela.

Maduro has overseen the once mighty oil-rich nation as it has become mired in an economic and humanitarian crisis that has led to hyperinflation and widespread shortages of food and medicine. Millions of Venezuelans have fled their country across the Western Hemisphere.

"The symbolism is extraordinarily important," Gedan said. "Guaidó's relevance as a figure in the Venezuelan opposition is entirely connected to his ability to stay on the radar of the White House."

Guaidó received an extended bipartisan standing ovation. It was one of the few times that House Speaker Nancy Pelosi and Democrats stood to applaud during Trump's speech.

Support for Guaidó and his efforts to restore democracy in Venezuela is one of the few administration policy priorities that have received sustained bipartisan support.

"In our partisan times, we don't see a lot that both sides agree on," said Fernando Cutz, former director for South America at the National Security Council under Trump. "And Venezuela is one of those topics where Republicans and Democrats agree."

Last year, the U.S. was the first country to recognize Guaidó as the legitimate interim president of Venezuela. Since then, nearly 60 nations have also recognized Guaidó as president.

But despite U.S. support, Guaidó has yet to inspire the Venezuelan people to force Maduro from power. And current and former administration officials have raised concerns that support for Guaidó had fallen at the White House.

Those concerns increased after the opposition failed to secure a meeting with Trump during the World Economic Forum in Davos, Switzerland, and a rally in South Florida.

"Trump's decision to snub Guaidó in Davos and Miami sent a troubling signal," Gedan said. "A year into his shadow presidency, Guaidó controls no territory and has not moved the regime an inch toward ceding power. His only relevance is his international recognition and his ties to the White House."

During his speech, Trump appeared to address those concerns. He told Guaidó to take a message back to Venezuela from him and the American people.

"All Americans are united with the Venezuelan people in their righteous struggle for freedom," Trump said.