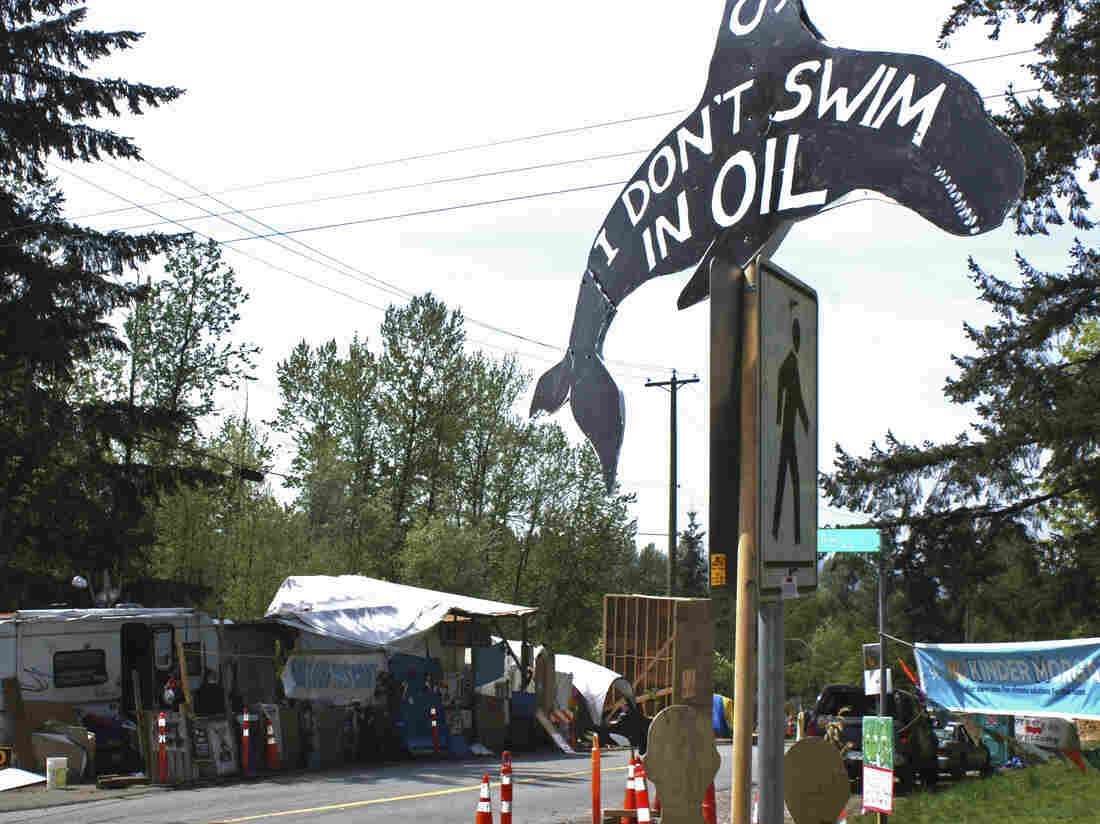 The expansion of the Trans Mountain pipeline has seen significant opposition, such as this camp set up by demonstrators in Vancouver, Canada, in 2018. Jeremy Hainsworth/AP hide caption 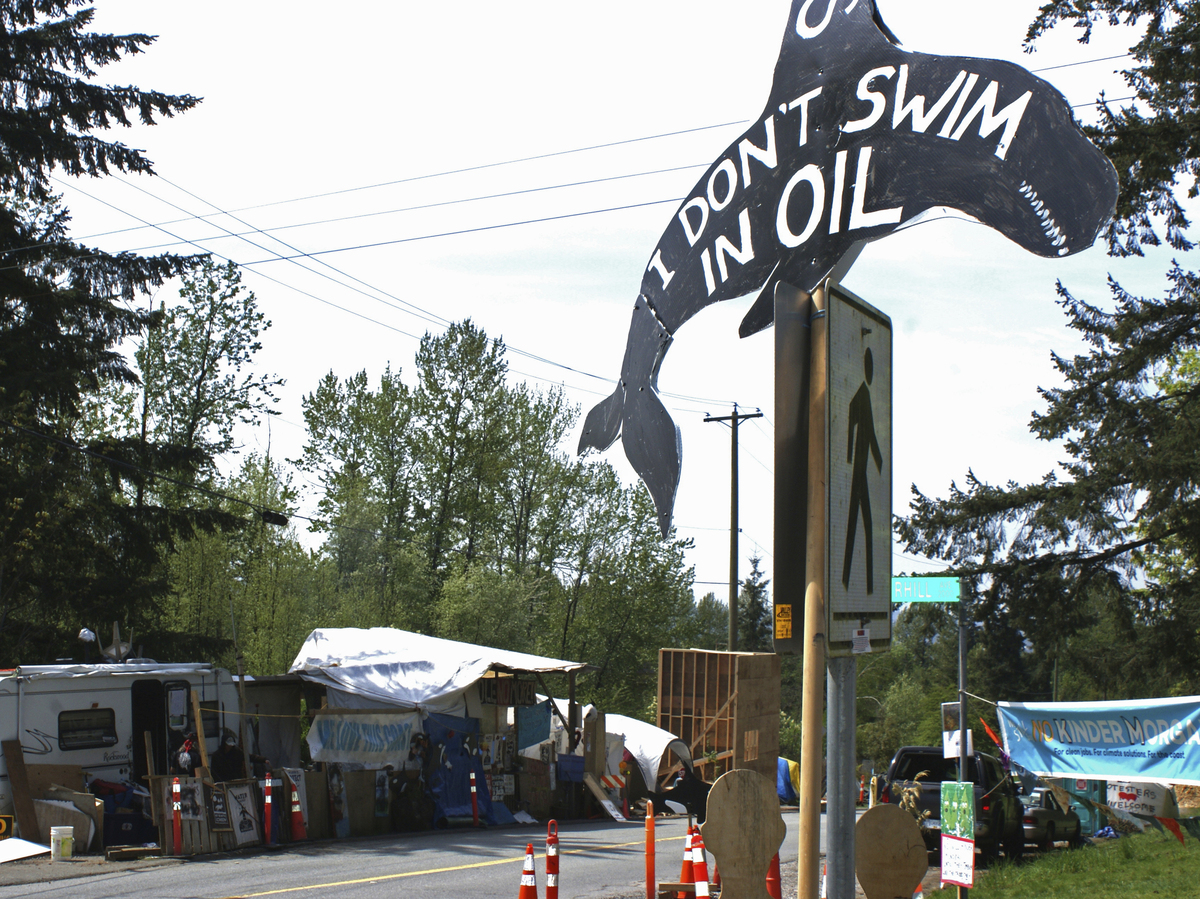 The expansion of the Trans Mountain pipeline has seen significant opposition, such as this camp set up by demonstrators in Vancouver, Canada, in 2018.

Canada's Federal Court of Appeal has cleared the way for a major expansion to the Trans Mountain Pipeline by ruling against four different challenges from First Nations groups concerned about the environmental impacts of the project.

The Trans Mountain expansion, which would add more than 600 miles to the pipeline and increase its capacity from 300,000 barrels per day to 890,000, has been mired in controversy and legal battles since Canada's cabinet first approved the project in 2016.

The First Nations that sued are disappointed by the court's judgement. "This project will harm our communities, our people, and the jobs our people rely upon in the Vancouver area," Khelsilem, a spokesperson for the Squamish Nation, said in a statement. The Nation said it plans to look into options for appealing the decision and says it's concerned about future pipeline leaks.

The oil and gas industry appears relieved by the decision. Trans Mountain Corporation, the company in charge of the project, said that "after many years of consultation and review we are pleased to be able to continue moving forward and building the Project in respect of communities, and for the benefit of Canadians."

In 2018, the same federal appeals court ruled that the government had not adequately consulted with indigenous peoples before it approved the project, saying it "fell well short of the mark." Tuesday's unanimous ruling from a three-judge panel has now stated that "reasonable and meaningful consultation had taken place."

"The evidentiary record shows a genuine effort in ascertaining and taking into account the key concerns of the applicants, considering them, engaging in two-way communication, and considering and sometimes agreeing to accommodations," the judges added. "This was anything but a rubber-stamping process."

The court stated that while the government has a duty to consult with indigenous people, that does not mean that indigenous people have the power to veto a project. "The failure to accommodate in any particular way, including by way of abandoning the Project, does not necessarily mean that there has been no meaningful consultation," the judges said.

They stated that the vast majority of indigenous groups who might be impacted by the project – 120 out of 129 – "either support it or do not oppose it."

Prime Minister Justin Trudeau's government has championed the project to expand the pipeline from the oils sands facilities in Alberta to tanks near Vancouver. In 2018, Canada announced that it would spend about $3.5 billion to purchase the existing pipeline, in order to push the project forward. Trudeau has defended the project by saying that profits from the pipeline will be funneled to green energy projects, as NPR reported.

Trudeau has said that transporting the oil to the Pacific Coast would help open up its market to Asia. At the moment, about 96% of Canada's oil exports go to the U.S.

National Resources Minister Seamus O'Regan said in a statement that the consultation process with the indigenous communities "was the most comprehensive consultation ever undertaken for a major product in Canada's history." He said they would continue speaking to indigenous peoples "at each step of the project."

As NPR has reported, Alberta's government has supported the pipeline expansion, while British Columbia's has opposed it.

The city of Vancouver said in a statement that it remains opposed to the expansion. "The city remains of the view that the Trans Mountain pipeline project would have significant environmental impacts, including the unacceptable risk of oil spills and increased greenhouse gas emissions related to the project at a time when the world needs to reduce emissions," it said, according to The Toronto Star.

Parties have 60 days to file a legal challenge against Tuesday's decision in Canada's Supreme Court.