Accessibility links
Macy's Closing 125 Stores, Cutting 2,000 Jobs As Mall Stores Struggle The cuts and closures are part of the Macy's attempt to stabilize its finances and rethink its future. It's also trying out smaller stores outside of malls 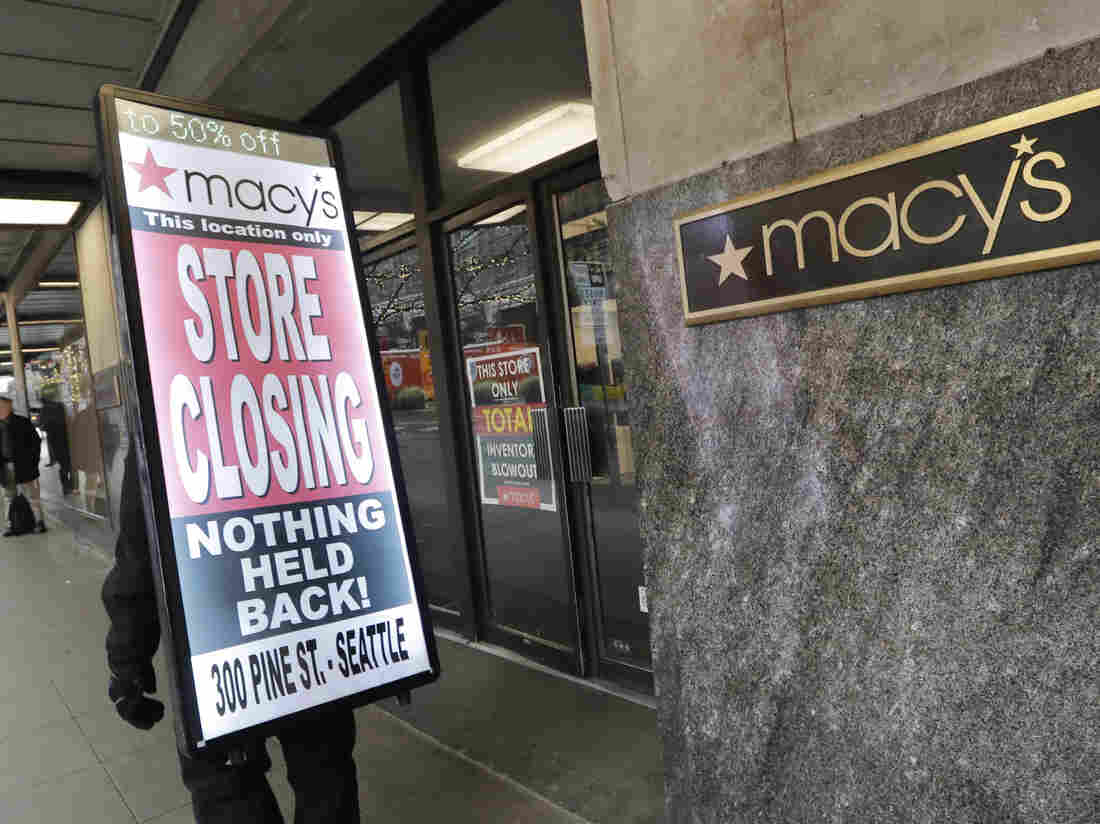 Macy's is cutting 2,000 jobs and closing about 125 stores, such as this one in Seattle, the company announced Tuesday. Elaine Thompson/AP hide caption 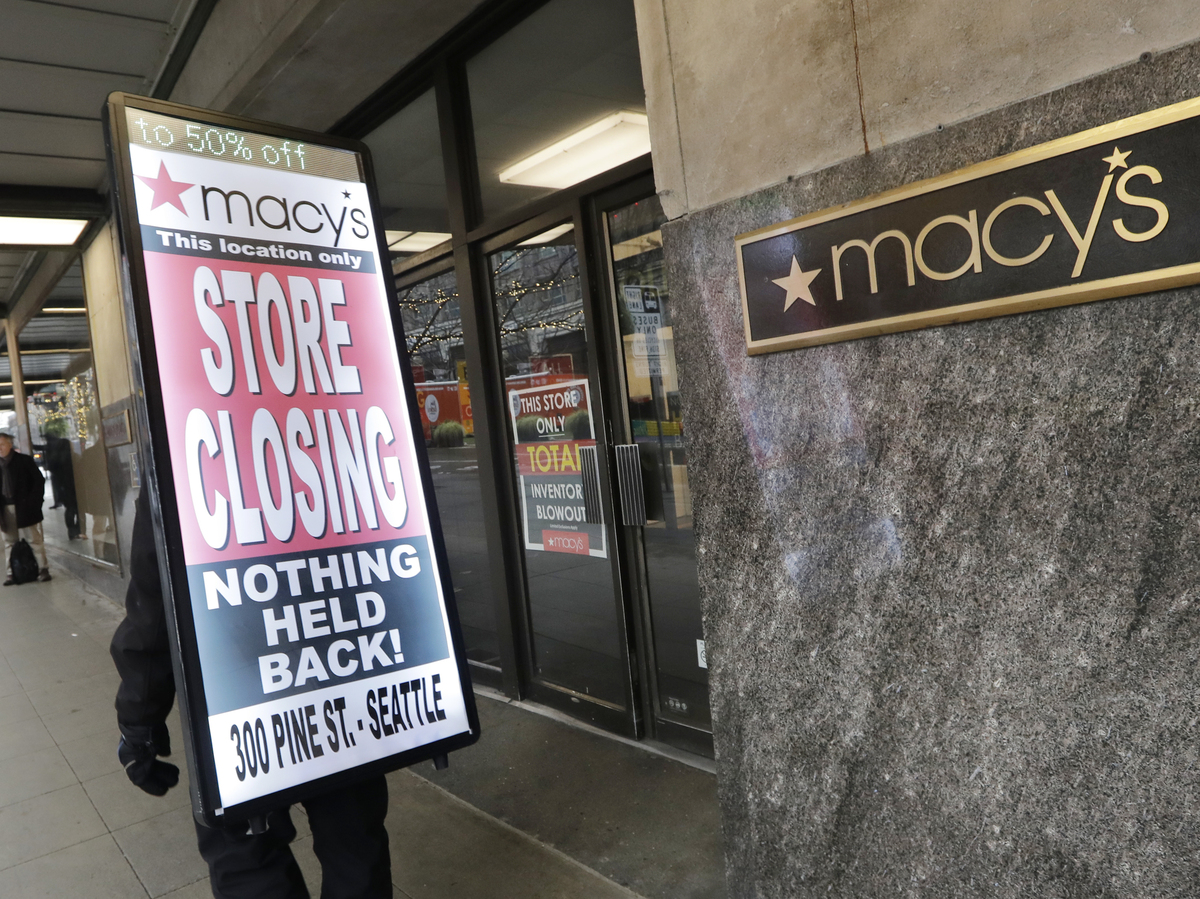 Macy's is cutting 2,000 jobs and closing about 125 stores, such as this one in Seattle, the company announced Tuesday.

Macy's is planning to close about 125 underperforming stores over the next three years, about a fifth of the company's retail locations.

The department store did not specify which locations it would close, other than saying the stores are in "lower-tier" malls and include 30 stores in 19 states that are already in the process of closing.

Macy's said in a statement that it is also cutting 2,000 jobs — about 9% of its corporate workforce — and shuttering offices in Cincinnati and San Francisco to consolidate operations at its New York headquarters.

The company will also close its Tempe, Ariz., customer contact center and consolidate operations in Mason, Ohio, and Clearwater, Fla. But it plans to add tech and website workers to a future facility in Atlanta.

All this is part of a big transformation Macy's hopes will help boost the company amid an exodus of shoppers from malls and traditional department stores, NPR's Alina Selyukh reports. And the rise of online sales over the past decade have hurt many of the nation's largest and oldest department stores.

Macy's plans to upgrade 100 stores in 2020 and open new, smaller boutique-style stores outside of malls, called Market by Macy's. Those stores will feature Macy's merchandise, local goods, and food and drink options. The first version is expected to open in Dallas this week.

It's also adding about 60 more lower-priced stores, called Macy's Backstage. They are similar to Nordstrom Rack or Saks Off Fifth.

"We have a clear vision of where Macy's, Inc. and our brands, Macy's, Bloomingdale's and Bluemercury, fit into retail today," Macy's Chairman and CEO Jeff Gennette said in Tuesday's statement. "We will focus our resources on the healthy parts of our business, directly address the unhealthy parts of the business."

Macy's says 2020 will be a transition year and that it expects net sales to decline because of the store closures.