Accessibility links
Bumblebees Are Declining Because Of Climate Change New research shows that climate change and habitat loss are causing widespread decline among bumblebees in North America and Europe — and putting ecosystems that depend on these pollinators at risk. 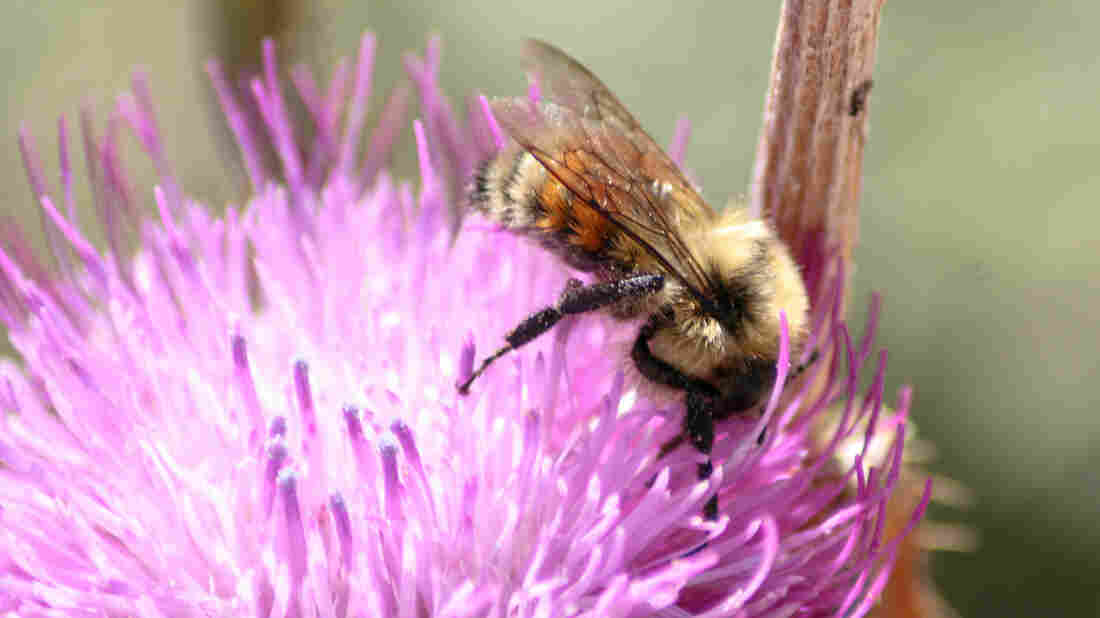 Bumblebees, like this Hunt's bumblebee in Colorado, are vanishing because of extreme temperatures and habitat loss. Peter Soroye hide caption 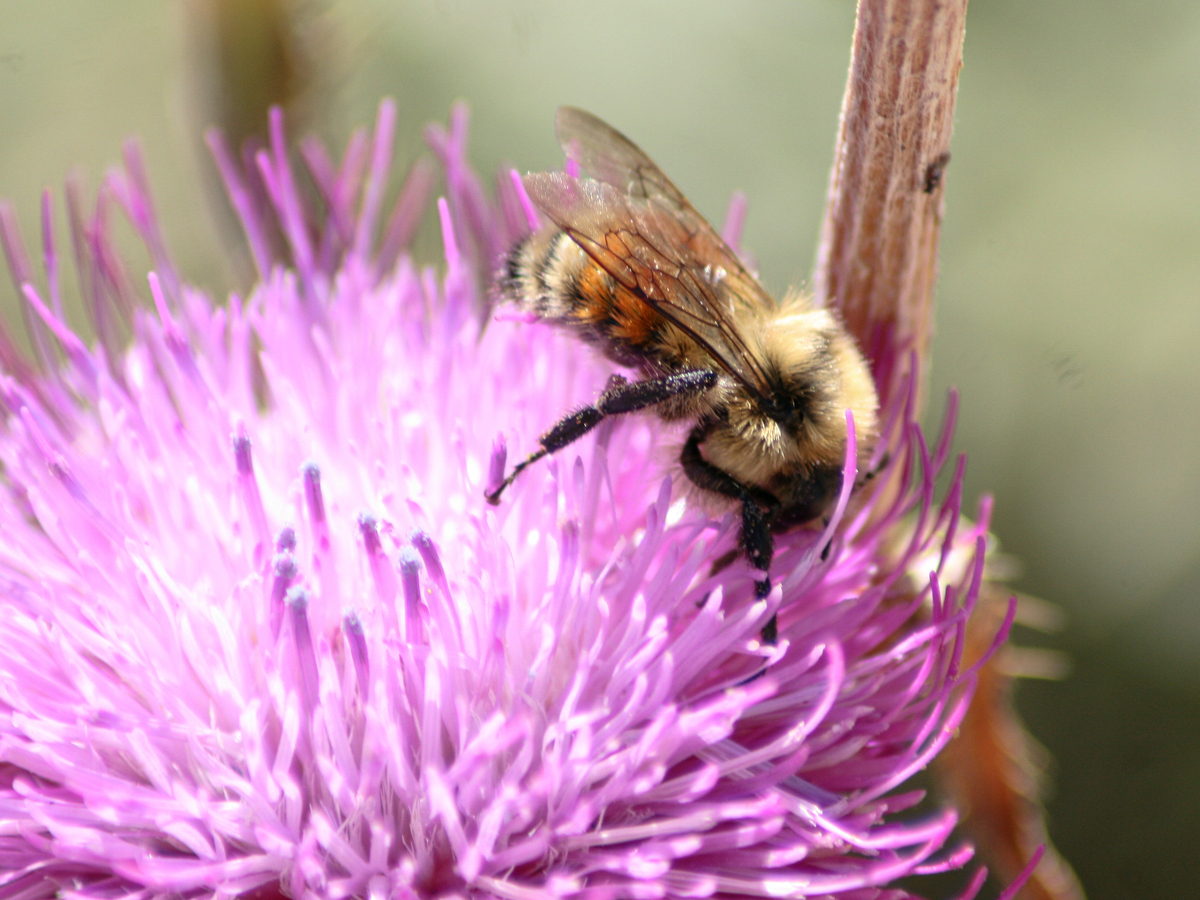 Bumblebees, like this Hunt's bumblebee in Colorado, are vanishing because of extreme temperatures and habitat loss.

Extreme temperatures are driving a dramatic decline in bumblebees across North America and Europe, according to a new study, in yet another way climate change is putting ecosystems at risk.

The decline is especially pronounced in Mexico, where bumblebees once lived in abundance.

Big heat events can stress both the bees and the flowers they depend on.

"It's these extreme events throughout the year that's pushing bees beyond what they've ever had to handle before," says Peter Soroye, a graduate student at the University of Ottawa and lead author on the study published in the journal Science. "And that seems to be driving a lot of the disappearances in bees."

Bumblebees also don't seem to be rapidly expanding into new habitats in search of cooler temperatures. Scientists believe that some plants and animals will move northward or to higher elevations as the climate warms.

"They're simply not able to colonize new regions at the same rate that they're disappearing from old ones," Soroye notes.

"The trends are disturbing," says Rebecca Irwin, a professor of ecology at North Carolina State University who was not involved in the study

Bumblebees are crucial pollinators for natural landscapes. Just don't confuse them with honeybees.

"It's an important distinction," Soroye says. "Bumblebees are fuzzy. They're like little teddy bears flying around in the sky."

Honeybees were brought over from Europe to pollinate many agricultural crops, while bumblebees are native to the U.S., evolving with the ecosystems that rely on them.

"Bumblebees are some of the best pollinators that we have," Soroye says. "They're just so much bigger. When they land on a flower, they vibrate the entire flower."

That signature buzz pollinates flowers that honey bees often can't. Crops like tomatoes and blueberries keep their pollen tucked away, unlike many plants that leave theirs out in the open.

She says that "we need to figure out ways to help species cope with climate change, because if we don't do something, we're going to lose species that are really important for ecosystem function."

One bumblebee, the rusty patched bumblebee, is listed as endangered under the federal Endangered Species Act. In California, a legal battle has erupted between the state, agricultural groups and conservationists over protecting four bumblebees species under state law.

Still, scientists say there's a lot everyday people can do.

"If you have a garden, fill it full of native plants that the bees can go visit," Soroye says.

He also recommends leaving fallen logs or leaf piles on the ground, which can create shelter and shade during extreme heat events.

"It's OK that your garden looks messy," Irwin says. "That's a good thing for the bees."