Accessibility links
Review: 'And Then We Danced' Moves To A Familiar Tune Levan Akin's tale of two male Georgian dancers who find happiness in stolen moments together goes through all the usual dance-movie paces, but the chemistry between its two leads is strong. 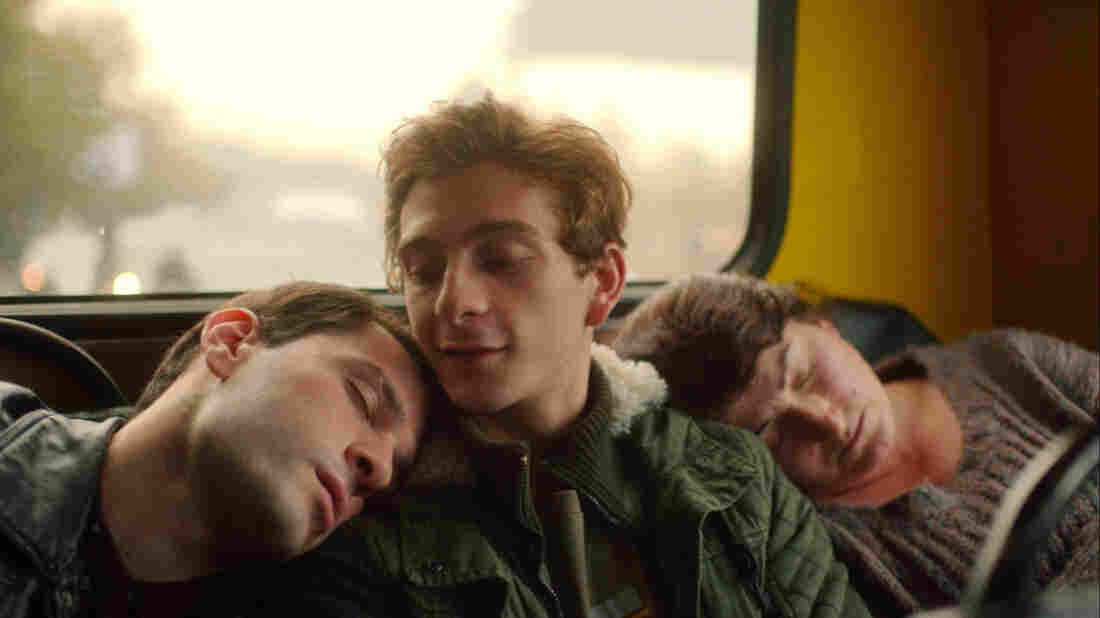 Steppe Up: Irakli (Bachi Valishvili) and Merab (Levan Gelbakhiani) share a moment between dance moves in And Then We Danced. Lisabi Fridell/Music Box Films hide caption 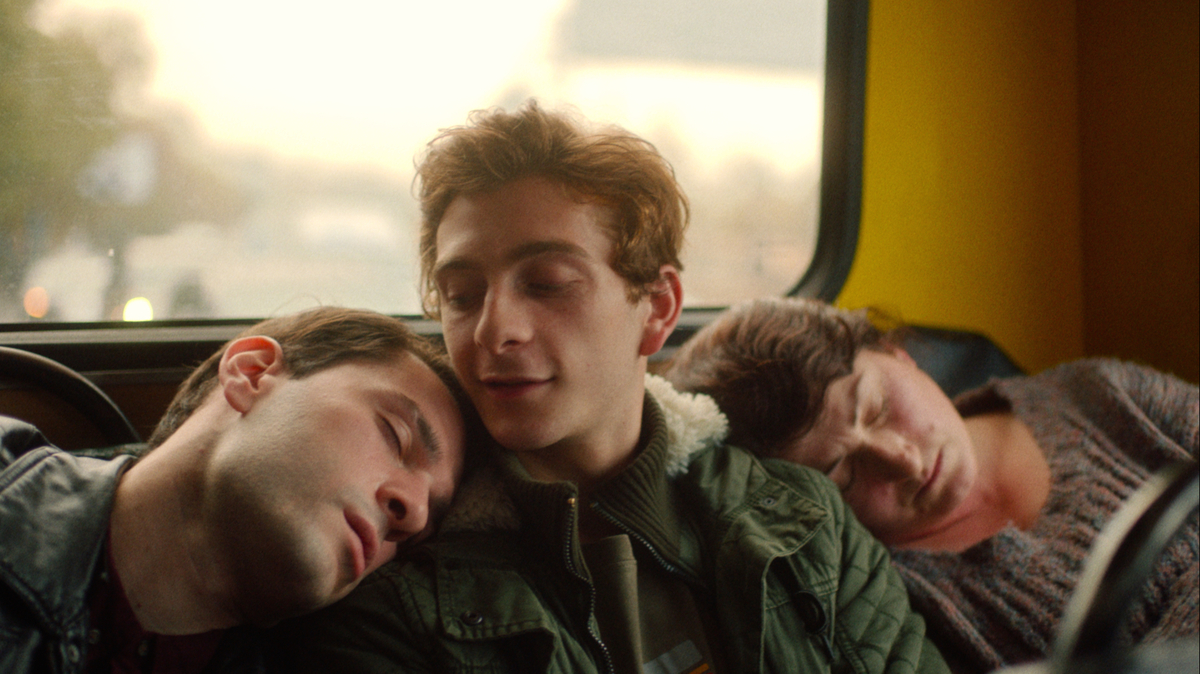 Steppe Up: Irakli (Bachi Valishvili) and Merab (Levan Gelbakhiani) share a moment between dance moves in And Then We Danced.

"This is not the lambada," a grim-faced dance instructor reminds his students in Levan Akin's And Then We Danced, directing his comments mostly toward Merab (Levan Gelbakhiani), whose movements have edged too much toward the feminine for his tastes. In traditional Georgian dance, he tells him, "You should be like a nail" and his longtime partner, Mary (Ana Javakishvili), must have a gaze that suggests virginal innocence. But Merab's hips don't lie, and neither do his hands, which flutter and float across his body, and the rest of the film is about who gets to dictate how he expresses himself.

Though chosen as Sweden's submission for the Best International Feature Film Oscar — it didn't wind up getting a nomination — And Then We Danced was an act of indie subterfuge for its director, whose parents emigrated from Georgia and who used to spend summers there as a child. The air of violent homophobia that surrounds Akin's story of two male dancers was validated both by the making of the film, which was produced on-the-fly in Tbilisi with no little support and a reluctant leading man, and its screenings in Tbilisi and Batumi, which were met by ugly ultra-nationalist and pro-Russian protests. The stakes of this film are very real.

Yet forbidden dances are not limited to the lambada, either. It's a longstanding convention of dance films to throw up class or racial barriers for its romantic partners to tango over, and Akin isn't eager enough to defy those conventions. There's a big climactic audition. There's a gallery of sinister no-fun-niks. There are stolen kisses (and more) just outside the view of people who would be infuriated by them. Akin's formal choreography doesn't press the limits like his hero's dance choreography, and the drama sags from the lack of inspiration and audaciousness. For a film this controversial, it should feel more dangerous than it is.

Akin does well in detailing Merab's life on the margins, which is comprehensively bleak before he risks it all for love. Merab doesn't make money yet as a dancer, so he scrambles to make ends meet as a waiter and crashes with his family in their shabby, loud, overcrowded apartment. His mother and father, now separated, were once dancers themselves, but neither could make a living out of it and both are filled with regret. When a slot opens up in the National Georgian Ensemble, a well-paying and prestigious touring company, Merab and the other men in his class go after it. This includes a mysterious new student, Irakli (Bachi Valishvili), who shocks the instructor by turning up in an earring and starts throwing suggestive looks in Merab's direction.

Once Merab and Irakli start rehearsing together in the mornings, an intense romantic relationship between them develops, despite news that the dancer they're trying to replace was booted for having sex with another man. The two carve out a little happiness for themselves, which looks conspicuous even when they're not in the same room: Merab cannot stop smiling, and he generally doesn't have much to smile about. But with the risks they're taking, along with their rivalry for an open slot, threatens their fledgling relationship.

Gelbakhiani and Valishvili have fine chemistry on and off the floor, but And Then We Danced is most convincing when we can hear their bodies talk. Akin has a great feel for the subtle differences between traditional Georgian dance and the flourishes Merab and Irakli are trying to bring to it, and he's even better when they're in more private spaces, grooving to songs like Abba's "Take a Chance on Me" and Robyn's "Honey." While these men long for liberation through dance, they don't see that impulse as incompatible with tradition, even when they're scolded for not acting more like monuments to masculinity.

Based on its reception in Georgia, And Then We Danced has a good sense of the challenges facing the LGBTQ community and it seems to tread carefully because of them, never provoking more than strictly necessary. Yet it's still following a winning formula, blessed by an underlying optimism that change is possible if the right people keep insisting on it. Dance and culture have to evolve together, Akin implies, or else fall into grim obsolescence.