Accessibility links
A Dad's Lesson To His Daughter About Risks: 'Never A Harm To Try Taking A Swing' Kate Quartfordt loved to sing the blues. When her father unexpectedly arranged for her to join a band on stage, she panicked at first. But that moment inspired her to be bold about taking chances. 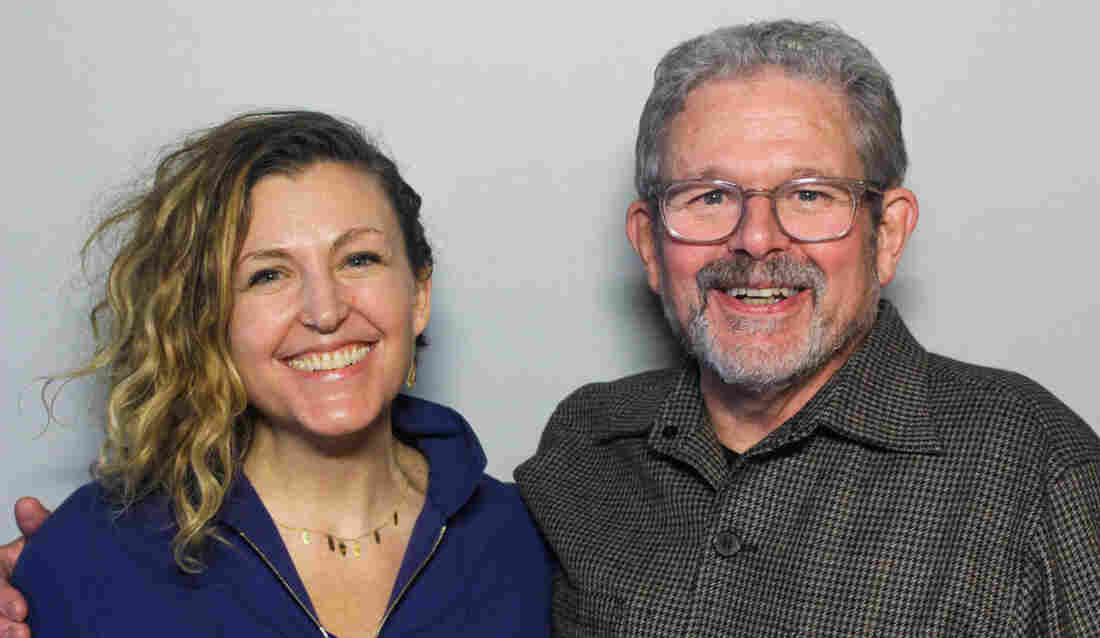 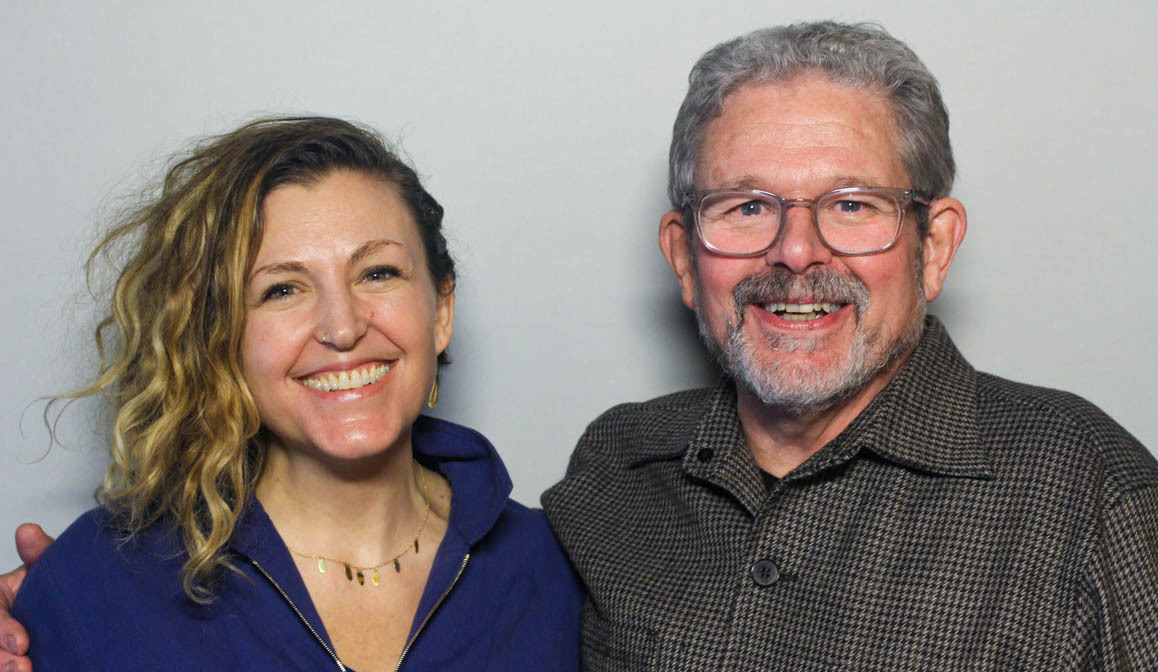 Kate Quarfordt and Kevin Craw at their StoryCorps interview in New York.

Kevin Craw always encouraged his children to embrace the unexpected.

His daughter, Kate Quarfordt, the eldest of his three children, was in high school the first time she truly understood the spirit of her father's philosophy.

In a conversation at StoryCorps last month, Quarfordt told her dad how he inspired her to take more risks in life.

It all started with her vocal talent.

Quarfordt grew up in Connecticut with a passion for singing. In high school, she starred in several musicals, but was also interested in performing other kinds of music.

One night, her father invited her to go see his friend's band play at a local bar.

She was pushed even further out of her comfort zone when her dad asked band members if his daughter could step in and sing with them.

"You hadn't asked me first!" Quarfordt told her dad. "You just came back and said, 'Oh it's cool, you can do a number with the band.' "

Her dad — one of her biggest fans—didn't hesitate for a moment.

Quarfordt remembers being overwhelmed with panic.

She asked the band whether they knew the song "Little Wing."

"Of course they said 'Sure,' " she recalled. "And I get up there and the band starts playing and it's way in a super low key. The rhythm is different from what I know and I'm not even on beat."

The band was playing the original version by Jimi Hendrix. Kate knew the cover version by Sting.

But she pushed on.

"I'm realizing like, OK, the train is off the track and yet I'm going to just keep singing until the song ends," she said. "The only thing to do is just hold on and not die."

"It came off much better than you remember," Craw said. "I don't recall it ever as a, putting you under the gun, for which I apologize profusely."

But Quarfordt said that moment primed her to accept the discomforts that come with new and unpredictable experiences.

"Looking back, there have been other moments of not being in control, not knowing where I was going, not knowing how it was going to end," she said. "Being able to go back to that moment of like, 'Yeah, sometimes it doesn't feel so good' and you just kind of keep stepping."

"I think it's never a harm to try taking a swing," he said.

Seeing her dad display the same kind of courage in the face of the unknown also gave Quarfordt confidence.

"There were things that I watched you do that gave me a sense that I could do it," she said, recalling a memory of her dad attempting to restore an old, rusty car. "You could see the incredible roadster that it could become," she remembered him saying.

"I remember at one point going out to the garage and seeing you through the window," she told him. "And there was just like a pile of multicolored electrical junk."

He looked stumped, she said.

"You were just sort of sitting there like, rocking, just looking at it, you know? Like, what is he doing?"

His answer surprised her. Her dad told her he was going to sit there and stare at the unassembled mess until it told him what to do next.

"That sense of like, only being able to see just enough in front of your nose to just know what the next step is," she recalled.

"It was interesting to me as sort of a — not quite a kid, not yet a grown up — to kind of recognize that in you; that sense of like, only being able to see just enough in front of your nose to just know what the next step is," she said.

Staying optimistic in times of uncertainty is something Craw hoped to pass down by example.