Accessibility links
What Time Is February Democratic Debate In New Hampshire? Seven Democratic presidential candidates will take part in the eighth debate of the 2020 election — hosted by ABC News, Apple News and WMUR-TV.

7 Candidates Debate In New Hampshire: Here's What You Need To Know

7 Candidates Debate In New Hampshire: Here's What You Need To Know 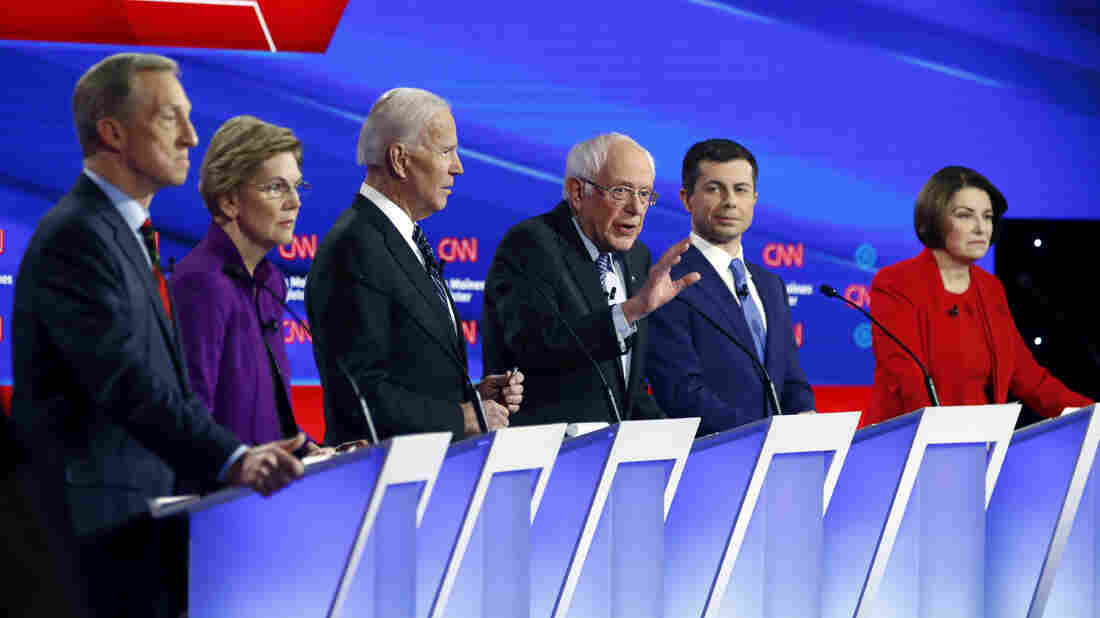 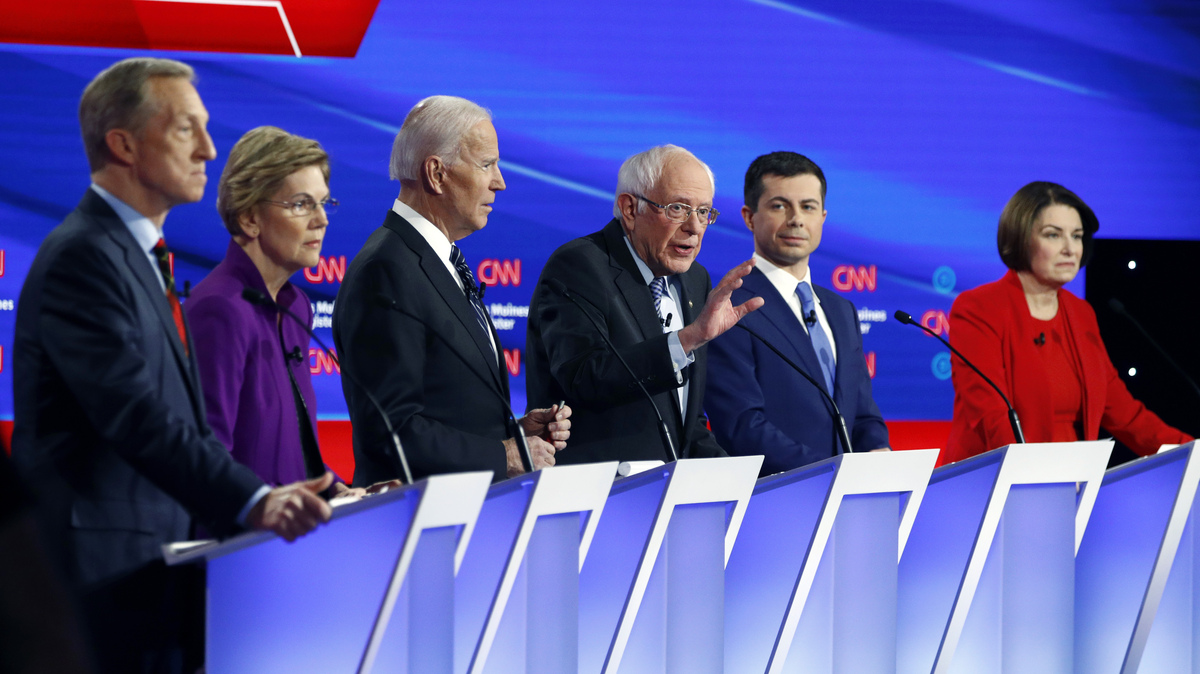 After a flawed Iowa caucus process, the Senate acquittal of President Trump and a dramatic State of the Union address — all in the past five days — Friday night brings the eighth Democratic presidential debate.

Of the 11 candidates still running for president, only seven will take the debate stage in Manchester, N.H., tonight at 8 p.m. ET.

The debate comes a day after all the results finally came in from Iowa, but The Associated Press announced it was unable to officially declare a winner. That leaves a virtual tie in place between former South Bend, Ind., Mayor Pete Buttigieg and Vermont Sen. Bernie Sanders — with Buttigieg leading by 0.1% and Sanders holding more of the popular vote.

The delayed results dominated a sizable portion of the candidates' week leading up to Friday's debate. And unlike in previous election cycles, in which the winner of the Iowa caucuses takes the winning momentum into New Hampshire, the delays this year created an unprecedented feeling of collective victory among several major candidates.

Sanders in particular heads into the New Hampshire debate as a solid front-runner, fresh off a strong-but-delayed Iowa finish, $25 million raised in January alone and a sizable lead in the Granite State polls.

Who will be onstage for the Feb. 7 debate?

The debate features seven candidates — one more candidate than last time — but still significantly less than the 20 featured in the first two sets of debates over the summer.

How to watch the debate:

The debate will begin at 8 p.m. ET and is expected to end around 11 p.m. ET. It is co-hosted by ABC News, Apple News and WMUR-TV and will take place at Saint Anselm College.

The debate will be televised on ABC, WMUR-TV and ABC affiliate channels. It can also be accessed on ABC.com, the ABC mobile app, as well as TV streaming services Roku, Apple TV and Amazon Fire TV.

NPR's politics team will be providing live analysis and fact checks throughout the night at NPR.org. Also, be sure to subscribe to The NPR Politics Podcast for a post-debate recap.

What has changed since the last debate on Jan. 14?

Jan. 16: The U.S-Mexico-Canada Trade Agreement passes in the Senate: The USMCA — a revised and updated version of the North American Free Trade Agreement — was passed in the Senate 89-10, marking a notable bipartisan moment in Congress and in the Trump administration. Trump signed it on Jan. 29.

Feb. 3: Iowa caucuses: A reporting issue with a new app caused a major delay in results. As of Thursday evening, all precincts had finally reported, but no winner was declared. Sanders and Buttigieg essentially tied.

Feb. 4: President Trump delivers his State of the Union address: In his speech to Congress, Trump boasted about his administration's work to strengthen the economy, decrease the cost of health care, revamp immigration policy, and tighten national security efforts.

Feb. 5: President Trump is acquitted by the Senate: After months of an impeachment inquiry, a successful vote in the House of Representatives and a Senate trial, Trump was formally acquitted on two articles of impeachment Wednesday. The first article, abuse of power, received 48 guilty votes from Democrats and one Republican, Utah Sen. Mitt Romney. The second article, obstruction of Congress, was decided on a party-line vote.

Feb. 6: President Trump gives a televised speech post-acquittal: In the White House East Room, Trump gave a "victory" speech criticizing Democrats, the impeachment investigation and thanking his legal team and colleagues in Congress. "We went through hell, unfairly. I did nothing wrong," the president said, later describing the impeachment process as "bulls***."

A previous version of this story incorrectly said that on Jan. 17, the Senate approved the U.S-Mexico-Canada Trade Agreement in a 89-100 vote. The vote was 89-10 and took place on Jan. 16.