Accessibility links
Former U.S. Olympic Official Says He Was Fired For Exposing Athlete Mistreatment Bill Moreau, a former vice president with the U.S. Olympic and Paralympic Committee, says the issue has been in the public spotlight for years and officials still aren't doing enough to prevent abuse. 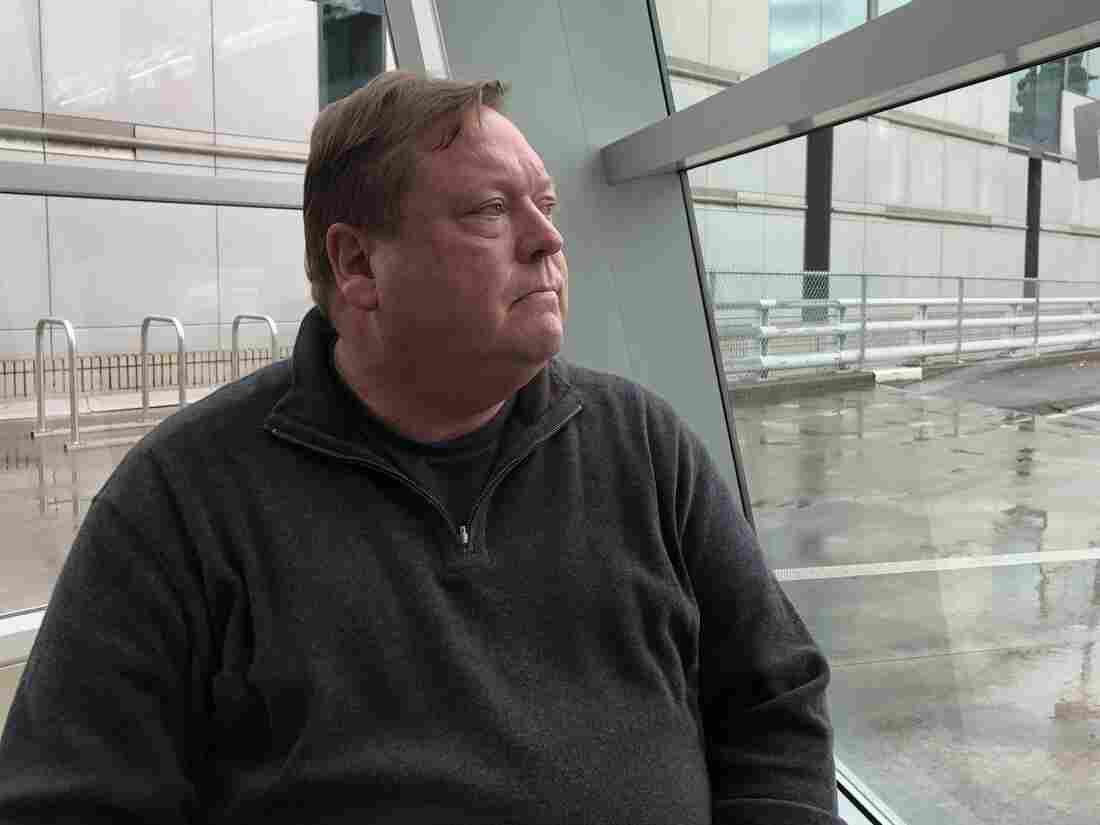 Former U.S. Olympic and Paralympic Committee's vice president of sports medicine Bill Moreau is suing the organization. He says he was fired for exposing the mistreatment of athletes. Tom Goldman/NPR hide caption 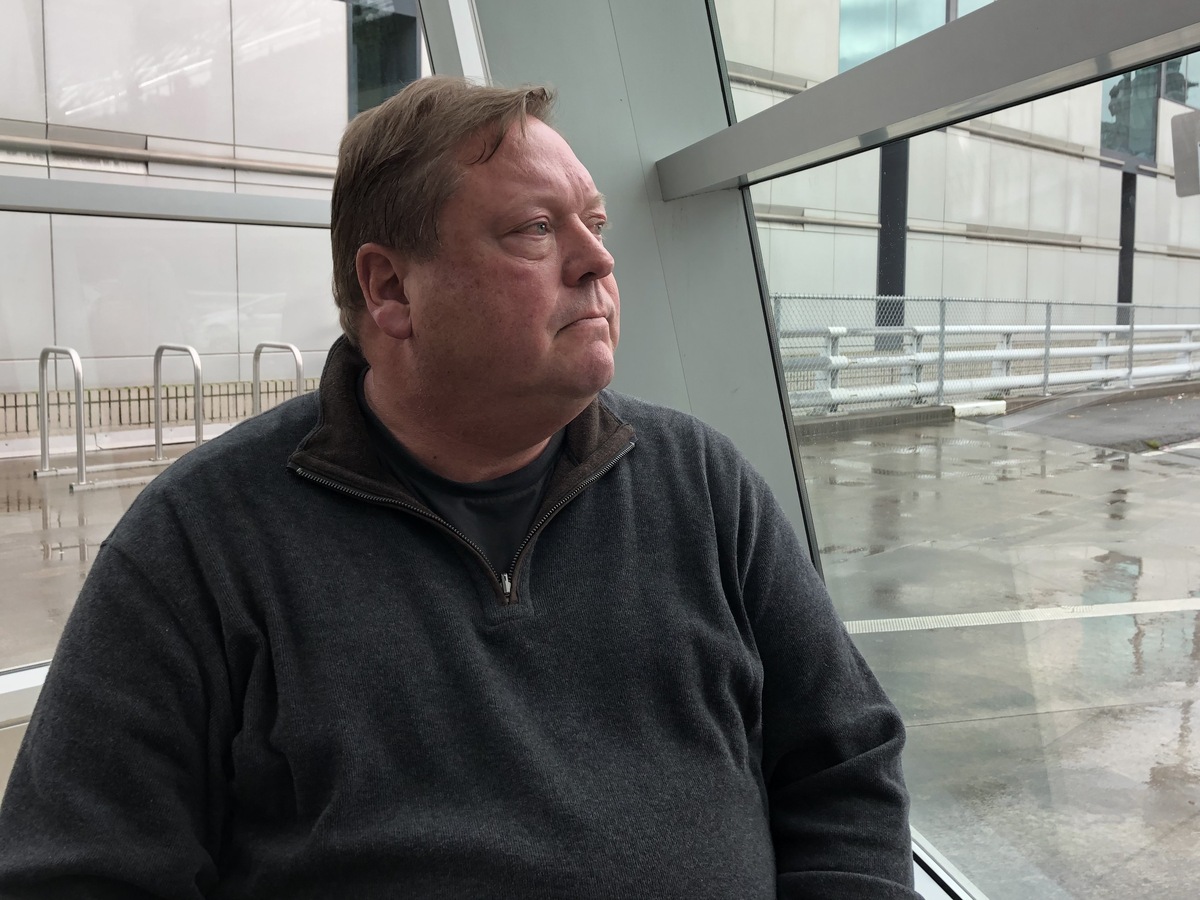 Former U.S. Olympic and Paralympic Committee's vice president of sports medicine Bill Moreau is suing the organization. He says he was fired for exposing the mistreatment of athletes.

A former high-ranking official at the U.S. Olympic and Paralympic Committee is suing the organization because he says he was fired last year for raising concerns about its treatment of Olympic athletes.

Bill Moreau was vice president for sports medicine at the USOPC for 10 years. In an interview with NPR, Moreau says the USOPC still is not doing enough to prevent abuse, even though the issue has been in the public spotlight for more than three years because of the sexual abuse scandal involving former Olympic gymnastics doctor Larry Nassar.

Moreau says in the aftermath of the Nassar scandal and the congressional and independent investigations that followed, it was clear significant change had to happen at the USOPC. But Moreau says that wasn't happening at an "appropriate pace."

"And I decided that if I don't become part of the solution," Moreau says, "I'm actually part of the problem."

Being part of the solution, Moreau says, meant reporting potential abuse and wrongdoing when he found it.

Moreau is seeking compensatory and punitive damages in his lawsuit, which lays out in considerable detail instances of abuse Moreau says he raised with the USOPC.

An alleged pattern of neglect and abuse

There was a 2018 incident of statutory rape involving a 15-year-old female Paralympic athlete, he says. She was competing at a prominent track and field meet in Iowa but was not accompanied by an adult.

"[She] was under the guardianship of the USOPC," Moreau says. "She had traveled from her home [to the event], alone, and the USOPC was supposed to be looking after her. They put her in a hotel room by herself. She's a minor."

One night during the meet, according to Moreau, the athlete had sex in the hotel room with an older male athlete. A coach told Moreau that afterward the young woman was depressed to the point of being suicidal.

Moreau says when the USOPC found out about the incident, it filed a report with the U.S. Center for SafeSport.

"But the problem was," Moreau says, "on the [SafeSport reporting form] it basically asks, 'Was a crime committed?' And they checked 'No.' And I thought, how could that be right? I'm from Iowa. It didn't take me two minutes. I did a Google search for statutory rape in the state of Iowa and found that [the female athlete] is not old enough to give consent. And as a result, I forced [the USOPC] to switch it and change the report so it reflected a crime had been committed."

Moreau says another incident, in 2019, involved a male strength coach who was spotted naked in a sauna, but one that was in a public area at a USOPC training center. Members of the Team USA under-18 women's gymnastics group were in the building at the same time. Moreau says he was amazed the coach was only given a verbal reprimand instead of being fired.

"You'd think the USOPC would have a hair-trigger on responding to anything having to do with sexual abuse or sexual impropriety," he says.

"It's a violation of the patient's rights, and more important it does have an impact. You can imagine if you were an athlete with an STD, you don't want people not directly involved in your health care accessing that information."

Moreau says one of the troublesome areas of neglect by Olympic officials is athletes' mental health. That was grimly illustrated last year.

According to the lawsuit, Moreau became aware an athlete, who's since been identified as Olympic medal-winning cyclist Kelly Catlin, attempted suicide in February 2019. The athlete then disengaged from follow-up psychiatric care. Moreau sensed this was a warning sign officials needed to act on, but instead of immediate help, USOPC officials decided to form a committee to discuss how to help.

"I was so exasperated," Moreau says. "I finally said, 'Look, in the next day, next week, next month or next year, an athlete we are responsible for will again take their own life.' That was March 7th."

The next day, the athlete died by suicide.

"I was just crushed," Moreau says. "I just thought, we didn't do right by her. And I don't know what I should've done or could've done, but something should've been done."

Moreau says he said as much in an email to higher-ups at the USOPC about two weeks later.

"[It was about] getting serious about mental health," Moreau says, adding, "The communications [with USOPC officials] at that time were frankly dropping because I was raising hell with them that they need to get serious about taking care of athletes."

"I didn't even get a reply to that email. In fact, in the last paragraph I said, 'If you're sick of hearing from me, you need to let me know.' "

The lack of response was not new. Moreau says at least for the last two years of his tenure at the USOPC, he felt alone and confused by his isolation.

"Why won't people engage?" he asked then, and now. "Why won't people listen? Why won't they do the right thing when it's so clear the path to take? And also, it's not that hard. It wasn't that big a lift. But they wouldn't even try. I just couldn't understand it. Still don't."

In May of last year, two months after he sent that email that wasn't answered, Moreau was fired.

"I walked into a meeting," he says, "and they told me, 'We'll no longer be using your services. You're terminated effective immediately.' "

Because of strained relationships over the past couple of years, Moreau wasn't surprised. But he didn't think the decision was reflective of his work at the USOPC.

"I've been ranked in the top 25% of the company by seven different managers every year," he says. "I've never received an average score."

Moreau says he was told his firing was because the USOPC wanted a physician to lead sports medicine. Moreau is a chiropractor by training but says that never hindered his job.

"The chief medical officer doesn't actually see patients," he says. "It's a strategic position where you go around the world and build goodwill and develop relationships. [My job] was getting the patient in front of the right physician. Not taking on patients myself."

Despite the USOPC's announced intention of hiring a new vice president of sports medicine with a medical degree, Moreau says a month after his firing the committee promoted another chiropractor to his former position. Someone Moreau says he trained.

The USOPC didn't make anyone available for an interview to answer the lawsuit's many allegations. The committee did provide a statement from Luella Chavez D'Angelo, USOPC chief marketing and communications officer.

"We have not been served with this suit and are just reviewing the complaint now. As to the press release [which accompanies the lawsuit], we regret that Dr. Moreau and his attorney have misrepresented the causes of his separation from the USOPC. We will honor their decision to see this matter through in the courts, and we won't comment on the specifics as that goes forward."

Moreau currently is chief medical officer at University of Western States in Portland, Ore. He spoke with NPR Thursday at Portland International Airport before boarding a flight to Colorado Springs, home of the USOPC, and where he lived for 10 years.

His lawsuit, filed in Colorado District Court in Denver, seeks a jury trial and damages.

Beyond that, Moreau hopes the suit brings to light what he tried to do.

"If another kid is raped, or another athlete takes their life," he says, "and I didn't go to the mat and do everything I could to force change, that's something I'd have to live with the rest of my life."

After the interview ended, Moreau started to cry.

Then he got up to leave for his gate.