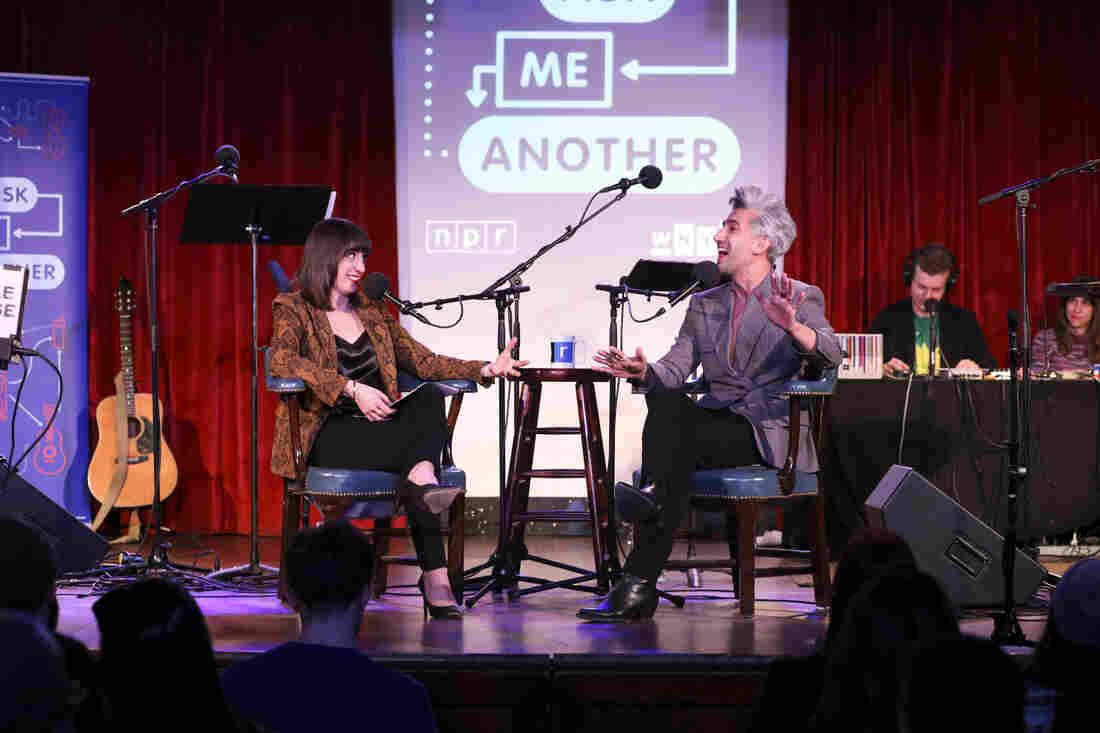 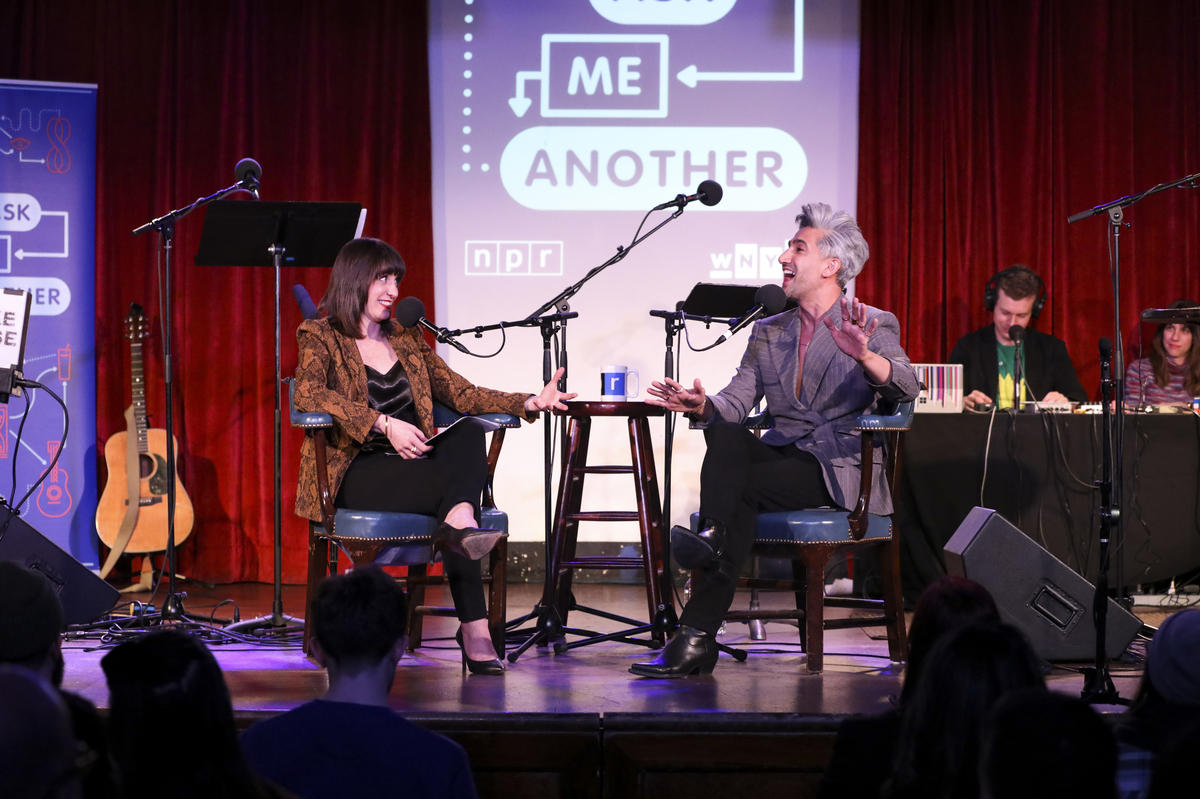 Tan France went from a fashion designer to a household name when he joined the cast of Netflix's series Queer Eye. A reboot of the original Bravo series Queer Eye For the Straight Guy, this iteration of Queer Eye follows five lifestyle experts — known as the "Fab Five" — as they makeover the lives of people across the country. Every member of the show's "Fab Five" has a different area of expertise, and France serves as the show's effervescent fashion expert who popularized the French tuck through the course of the series. In 2019, he also became an author when he published his memoir, Naturally Tan.

France also co-hosts the Netflix reality competition show Next In Fashion alongside British designer and television personality Alexa Chung. The first season showcases 18 designers from around the globe as they compete for the grand prize of $250,000, and a chance to release a clothing line through fashion retailer Net-A-Porter. The 10-episode first season is now currently streaming. 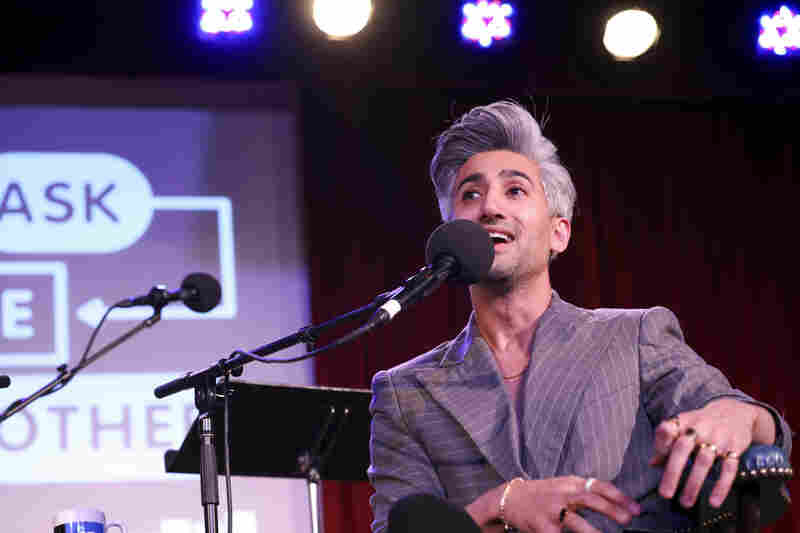 Tan France appears on Ask Me Another at the Bell House in Brooklyn, New York. Mike Katzif/NPR hide caption 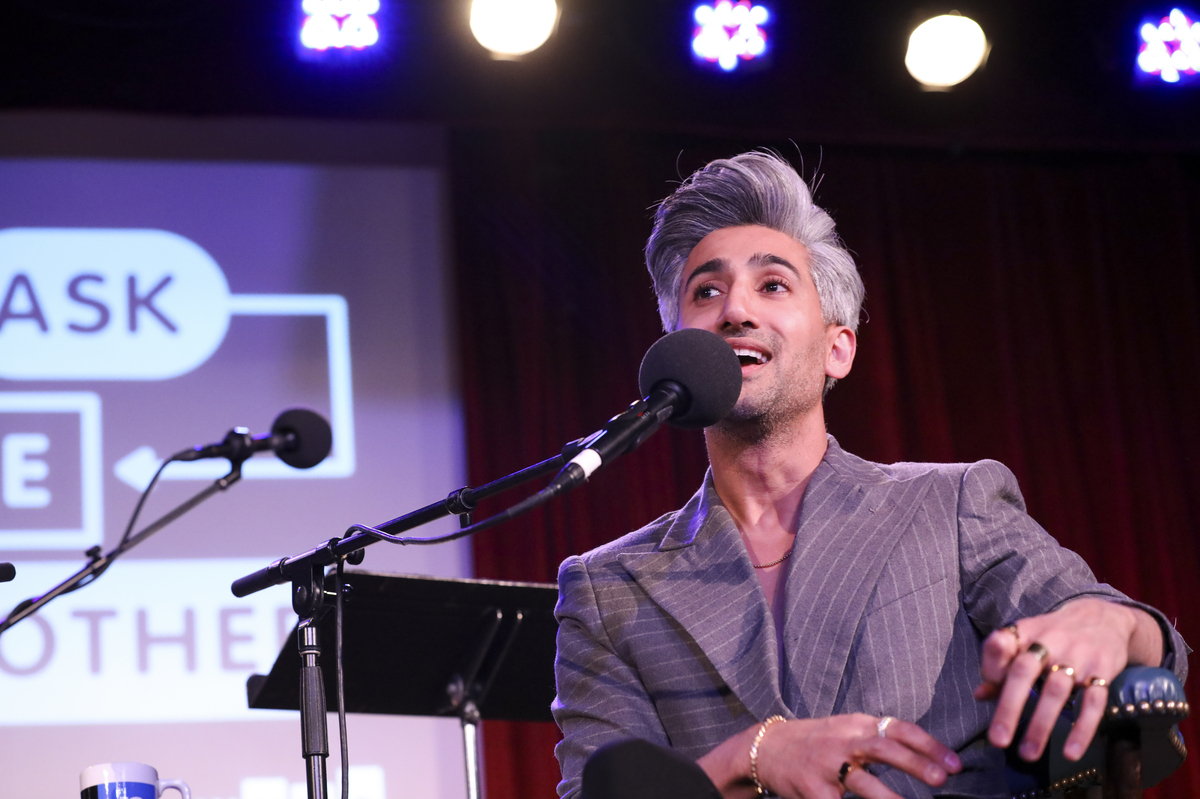 Tan France appears on Ask Me Another at the Bell House in Brooklyn, New York.

In a conversation with NPR's Ask Me Another host Ophira Eisenberg at the Bell House in Brooklyn, New York, Tan France talks about his reluctuance to join Queer Eye and how he nearly quit the series, his grandfather's "bootleg" denim factory, and embracing positivity on Next In Fashion. Later, the soon-to-be contestant on The Great Celebrity Bake Off, has his baking knowledge put to the test. Will he rise to the occasion?

"I had no desire to be in entertainment — I was actually really scared. Not just because I was nervous, not just because I'd never been on camera before, but because there weren't any other gay, South Asian, British, immigrant people on TV... I realized why I should be [on Queer Eye]. This is gonna sound super cheesy but... I just thought, well, this is my lot in life. I'm gonna have to educate people... I want to show people who we are and the beauty of our community."

"[Japanese] culture is so different from the Western culture. I think it makes for incredible TV because you're seeing two worlds come together that you haven't really seen on TV before. It opens up your mind to who these people are and how incredible they are, how kind they are. It does have that strength of our show which is that we can find connection and love anywhere we go. This community was so different from ours, yet we were able to find commonality and highlight the fact that all any of us want is to be loved and cared for and seen.

On his latest Netflix series, Next In Fashion:

"...These are established designers that are creating couture right in front of my very eyes. It blew my mind... It's very much in the vein of Queer Eye — we are never mean to the contestants. We show that there can be competition with decency. I think that the world is screwy enough, the last thing we need is to be shown on TV that this is how you conduct yourself."