Busy Friday, But Is It Good? Looking At New Releases From Bieber, Carly Rae And More

Busy Friday, But Is It Good? Looking At New Releases From Bieber, Carly Rae And More

The NPR Music team helps sort through a very busy morning in pop. 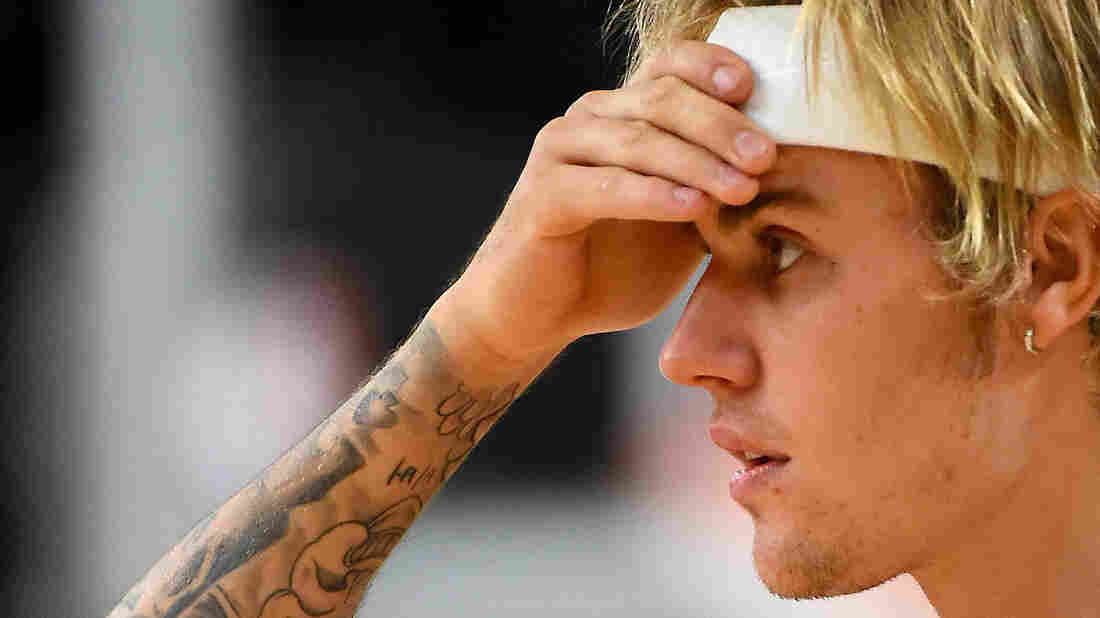 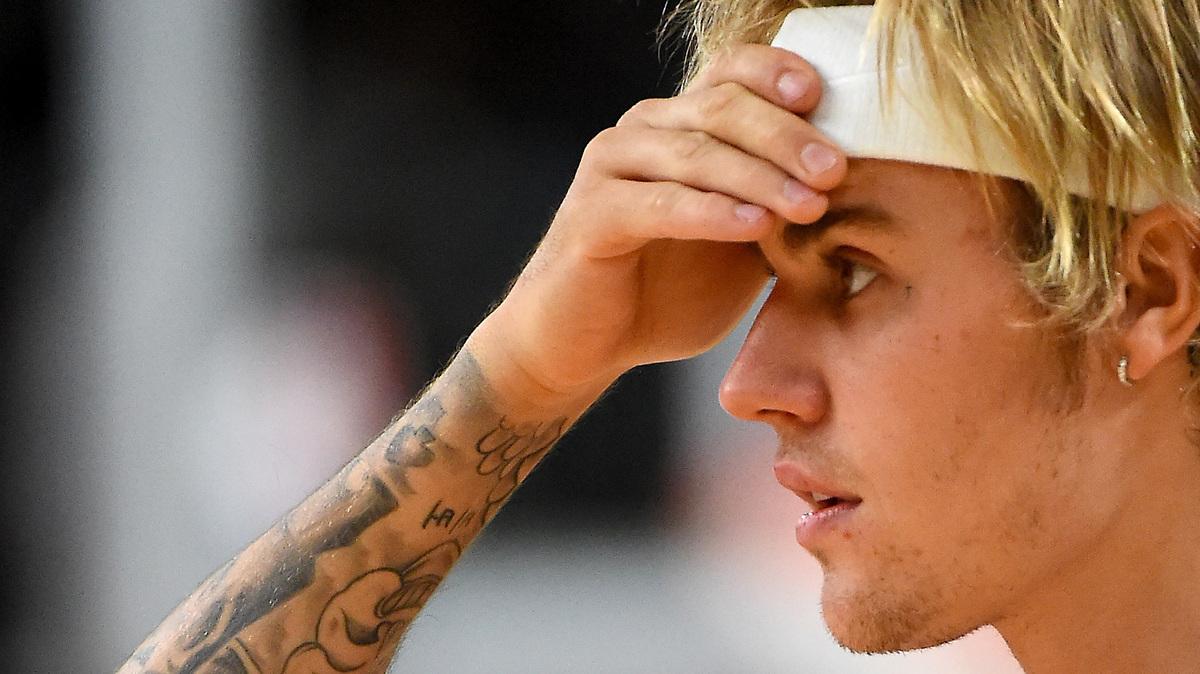 The middle of winter can feel like a bit of a dead zone — awards season sucks up much of the air while pointing our attention at commercial art we've already seen or decided to ignore. Putative songs of the summer are still being strategized in coastal corporate boardrooms, blockbusters are still bulking up for tank-top season. Everyone's suffering from one vitamin deficiency or another. Well, not today. Friday is always a busy day for music — or at least, has been since they standardized the worldwide release date.

But, for whatever reason, the first Friday of this February (the worst month) has dumped an extraordinary pile of notable releases on our doorsteps, like a too-warm midwinter stretch that convinces green shoots to emerge early. Some are great, some are fine, some will die and fall off the branch, never to be remembered. To figure out which is which, the NPR Music team put our heads together this morning in order to help winnow down the heap for you. --Andrew Flanagan

Ingeniously chopping and screwing "There Stands the Glass," the prototypical sad drinking song that Webb Pierce made famous in 1953, the flyest white guy in today's country world (and his top-notch songwriting team) offer a new approach to mining the genre's authenticity. A sly apologia after his recent DUI troubles, this lilting bit of sunny heartbreak shows why Hunt is one of the country mainstream's most low-key inventive artists. —Ann Powers

What is this I'm hearing? A lab-tested pop rap song with two verses from today's rap giant, a sappy hook from a pop star of years past, and a beat that sounds like it was lifted from a 2009 Eminem pack? Meek said he made this song "for motivational purposes only." I respect the intent, but hope he realizes a "Dreams and Nightmares" or "We Ball" has the same effect — uplifting without immediately scanning as Fast & Furious music. This and Jay Electronica finally announcing his debut album today have me convinced we all woke up on the other side of a wormhole to 10 years ago. —Mano Sundaresan

Once a teen pop prodigy, later a reticent star pushing at the structures and fans who built him up, Justin Bieber is deep into a second career realignment, this one a picture of hard-won humility and maturity that has depth only if you believe the marketing. "Intentions" has a good package, though: a six-and-a-half minute video that shifts the focus from Justin (and his guest, Migos' Quavo) to three Los Angeles women who are graduates of Alexandria House, a transitional facility for women and children struggling with homelessness. Bieber shows up in each of their lives, bestowing gifts and attention. (Where have we seen this before?) More meaningfully, he lets each of them speak about their experiences and hopes.

The song itself, which doesn't stretch any of the talents involved, is a platitude-filled ode to an inspirational woman (perhaps taking some lessons from the success of "10,000 Hours," Bieber's transparent but effective play for first-dance immortality with country duo Dan + Shay) that bumps along on sunlit synths, a come-here-can-you-feel-my-heart-beating bassline and library sound effects that come off as late attempts to swipe new cool-kid Billie Eilish's most overpraised production gimmick. The least you can say about "Intentions" is that it isn't "Yummy." At best, the song and star might benefit from the refracted light and warmth of its video. —Jacob Ganz

Yet again, our beloved meme lord Lil Nas X iterates on an existing song, meme-tastically — this time with his partial-namesake and some (more) egregious product placements along for the hay ride. We're long past the point of trying to suss out whether or not Montero Lamar Hill is the real deal; he is, and he is always delightful. Even, or especially, when using his video as a thinly veiled attempt to be cast in the upcoming Blade reboot. —Andrew Flanagan

Nicki Minaj insists that we all know she's "the f****** queen" at the beginning of this track, in a nod to her bloated 2018 release, Queen. But honestly, it comes off as more of a pre-bass-drop pep talk than a boast. You said it best, queen — yikes. —Cyrena Touros

This previously unreleased little gem from David Bowie — the second-to-last in a series of six loosies, releasing weekly, to be collected on the forthcoming album Is It Any Wonder? -- was written and recorded alongside collaborators Reeves Gabrels and Mark Plati in 1996. It couldn't be more representative of the era; a careening drum-and-bass rhythm section, late-jazzy swirls and a monotonic voiceover from the man himself. —Andrew Flanagan

Moses Sumney does what he does best on this track, experimenting with familiar soul and R&B elements to create a sound that seems like it wraps around from 1962 to the distant future. Sumney's upcoming double album, græ, will be released in two parts, with part one coming Feb. 21 and part two slated for a May 15 release. —Jon Lewis

Happy early Valentine's Day from Carly Rae Jepsen, who's celebrating by telling her beau, "it's not you, it's me" and then ghosting him forever. "Let's Be Friends" is classic Carly – bubbly, punchy, slightly quirkier than you expect (unfortunately, though, with no apparent trace of her newfound love of Kate Bush) – accompanied by an appropriately themed animated video depicting what it looks like to get dumped by the Queen herself. See you never! —Marissa Lorusso

Miami rapper Denzel Curry holed up in the studio with producer Kenny Beats for a world-building mini-album that Hulk smashes the hard styles of Wu-Tang, Madlib, MF Doom and Deltron 3030, and ends up with something grittier and heavier.

Amanda Shires always surprises — if you want to make her your Americana darling, she's gonna insist that you show her a few moves on the dance floor. The Highwomen cofounder goes full-on Mamma Mia! with this free-associative stomper built around shiny rock riffs and the immortal descending vocal line from Anita Ward's "Ring My Bell." Creative partner Jason Isbell lifts things higher with down chromium guitar lines. —Ann Powers

A less pessimistic person would see rapper PARTYNEXTDOOR dropping a remix of his track "Loyal (feat. Drake)" as a savvy, Lil Nas X-esque attempt (see above) to put another horse in the race for a Billboard chart boost, after the original stalled at No. 63. The optimist might say, "Let's leave Drake back with the trash that was the previous decade — 2020 and beyond is all about the Bad Bunny, baby." —Cyrena Touros

The rollout for Hamilton Leithauser's new single "Here They Come" began with a WWE-style chair shot delivered by Ethan Hawke — not what you'd expect from the voice of The Walkmen, but hey, we'll go with it. In that promotional video (glass of rosé prominently in frame), Leithauser explains, "'Here They Come' is about a friend who's constantly running from his problems." Over rippling guitars, Leithauser animates that character's escapist journey, leading to a chorus that spills over with an open-hearted admission that you might be able to sympathize with: "I was a fool / I was blind / I kept my eyes shut half the time." —Lyndsey McKenna

DaBaby simultaneously flexes his fast rise to rap stardom and shows us the work necessary to maintain it, as we follow him through a grueling 14 shows in three days ("It's Super Bowl. Ain't no rest"). Critics may call him out, saying "his songs sound the same," but the Charlotte rapper quickly points out, "He laughing to the bank every week." —Lars Gotrich