Accessibility links
Australia's East Gets Drenched By Rain, And Flood Warnings Replace Fire Alerts A deluge is falling on Australia's southeast coast — and while it's quashing stubborn fires, the water is also causing flash floods and other hazards. 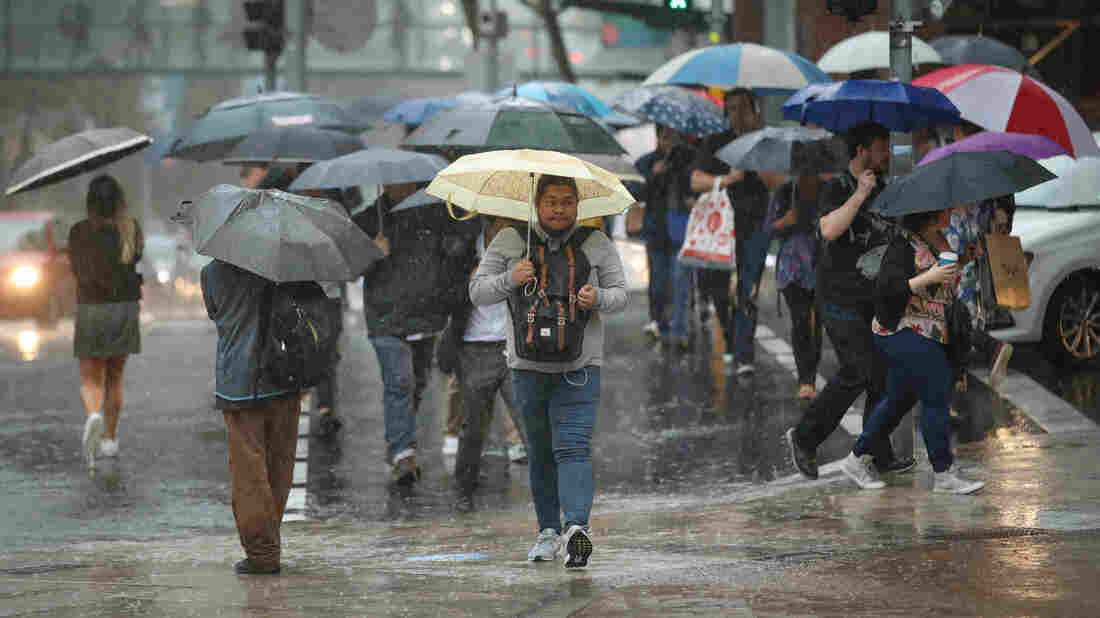 People commute to work through heavy rain in Sydney on Friday. Severe weather brought warnings of floods and landslides along much of the New South Wales coast after months of concerns over wildfires. Brendon Thorne/Getty Images hide caption 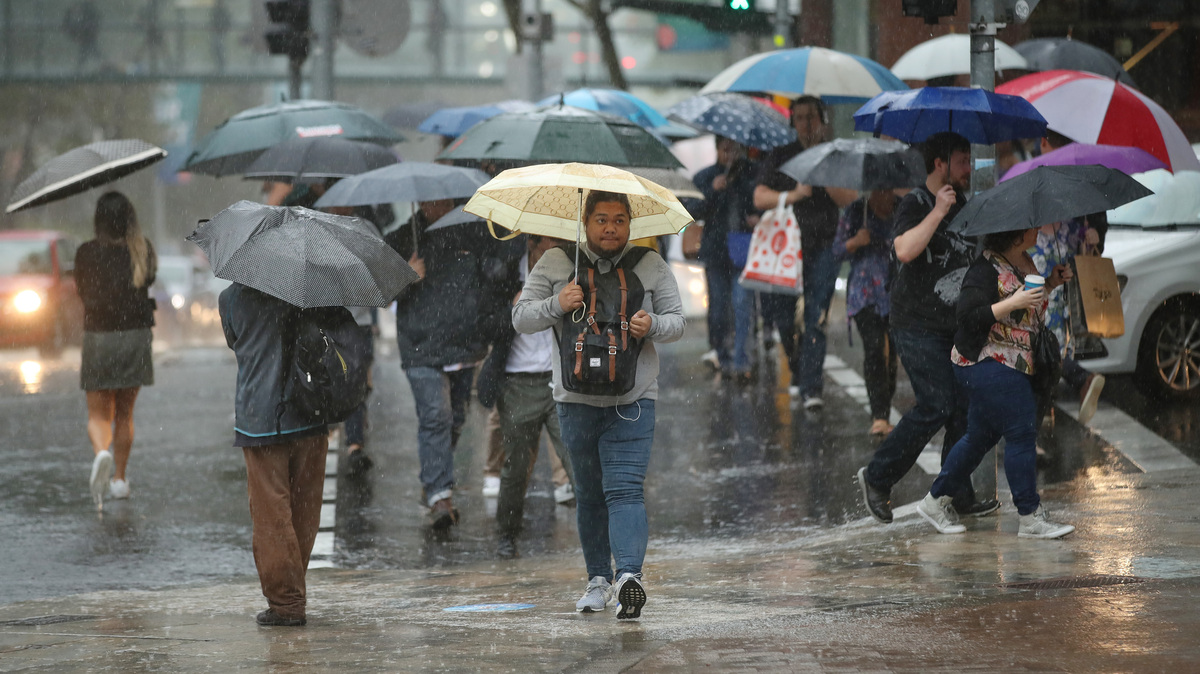 People commute to work through heavy rain in Sydney on Friday. Severe weather brought warnings of floods and landslides along much of the New South Wales coast after months of concerns over wildfires.

A month ago, Australians were praying for rain to put out horrific wildfires and save forests, animals and homes. A deluge is now falling on Australia's east coast — and while it's quashing stubborn fires, the water is also causing flash floods and other hazards.

The Bureau of Meteorology in New South Wales, the country's most populous state, warns of "very dangerous conditions" ranging from heavy rain to damaging winds.

One of the highest rain totals was reported in Byron Bay, where 11 inches of rain fell in less than 24 hours, flooding neighborhoods and stores and triggering at least one mudslide.

Forecasters predict the rain will only intensify and spread over the weekend, with rainfall totals expected to be "well in excess" of 4 inches in many places along Australia's southeast coast.

"For our fire grounds where the landscape is so vulnerable right now, this means the risk of falling trees and landslides, and large volumes of runoff containing debris, including ash, soil, trees and rocks," BOM meteorologist Adam Morgan said in a video update around midday local time on Friday.

For the latest weather and warnings, information visit https://t.co/qlzYU0jRuR and follow advice from emergency services. pic.twitter.com/t64rcJS249

It's not yet certain how much the rain will do to ease the severe drought that has gripped much of southeastern Australia. But Morgan said, "It's hard to imagine fires still burning along the south coast following the expected rain."

Fire officials in New South Wales had announced they were "over the moon" when sustained rains started falling, saying more than 40 fires were still burning, including at least 17 that weren't yet contained. As of Thursday, more than 1,000 firefighters were still battling bushfires in the state.

But on Friday, the NSW Rural Fire Service announced "a significant shift in focus today from fires to floods," saying the torrential rains had forced it to abruptly reconfigure its operations center to cope with the rush of flood-related emergencies, including swift water rescues.

Around 2,500 calls for help came in during 24 hours, said Deputy Commissioner Daniel Austin of the State Emergency Service, noting that about 500 of the calls came from the Sydney area. Those calls ranged from drivers who tried to drive through high waters and got trapped to people whose homes had been flooded.

The heavy rains also could raise the risk of contaminated drinking water, as the runoff will sweep ash from the watershed into an important reservoir created by the Warragamba Dam in New South Wales, which supplies much of the water to Sydney. The CEO of the state's water agency, David Harris, says teams are using booms and other methods to try to reduce the amount of sediment that reaches the reservoir.

Harris also said the rain will bring "a really welcome improvement" to the dam's water level, raising it from 43% to at least 47%, according to predictions.

The southeast isn't the only part of Australia that's currently under a weather warning: In Western Australia, Tropical Cyclone Damien, a Category 3 storm, was expected to strengthen further before making landfall late Friday or early Saturday local time.

When it hits the Pilbara coast, Damien could bring "very destructive" wind gusts of more than 140 mph to areas such as Port Hedland and Karratha, the BOM warns.