Accessibility links
U.S. Women's Soccer Team Punches Ticket To Tokyo For Summer Olympics The Americans qualified with a CONCACAF tournament win over Mexico. The squad will be making its seventh-straight Olympics appearance — and get a shot at redemption after the 2016 Games. 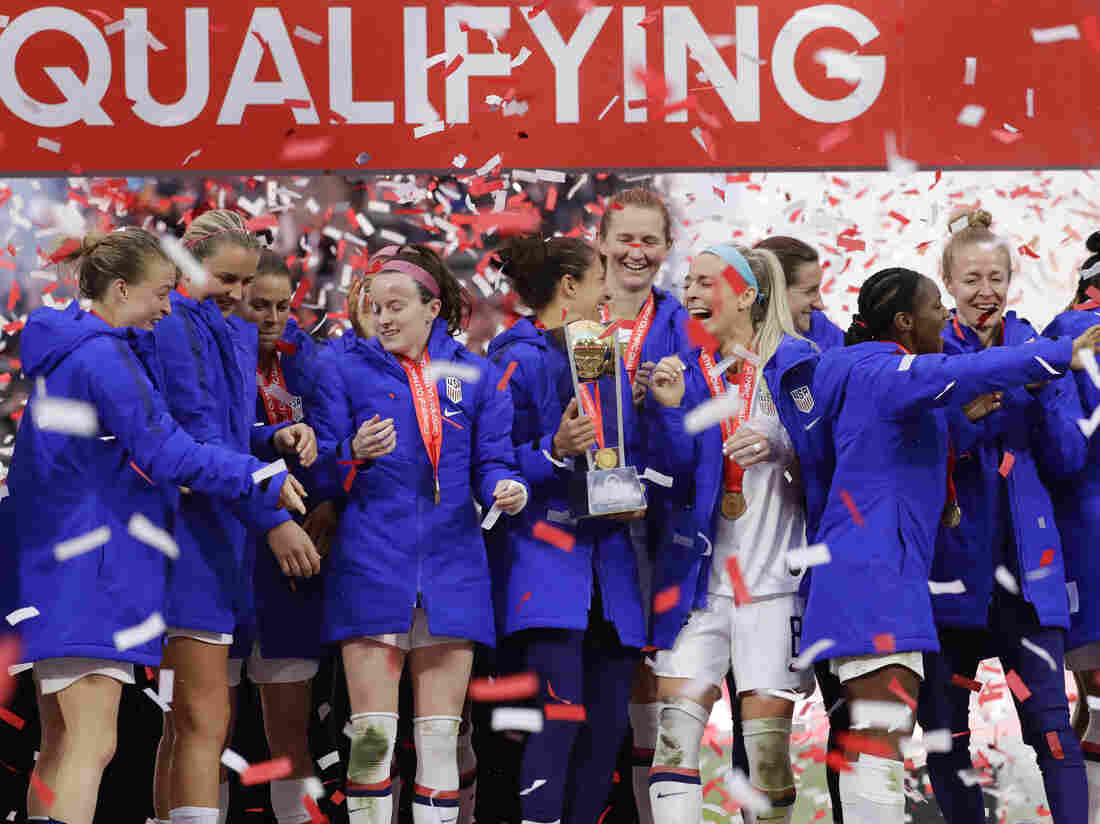 The United States Women's National Soccer Team celebrates after clinching the CONCACAF Olympic Qualifying tournament with a 3-0 win against Canada on Sunday. The team is heading to its seventh-straight Olympic games. Chris Carlson/AP hide caption 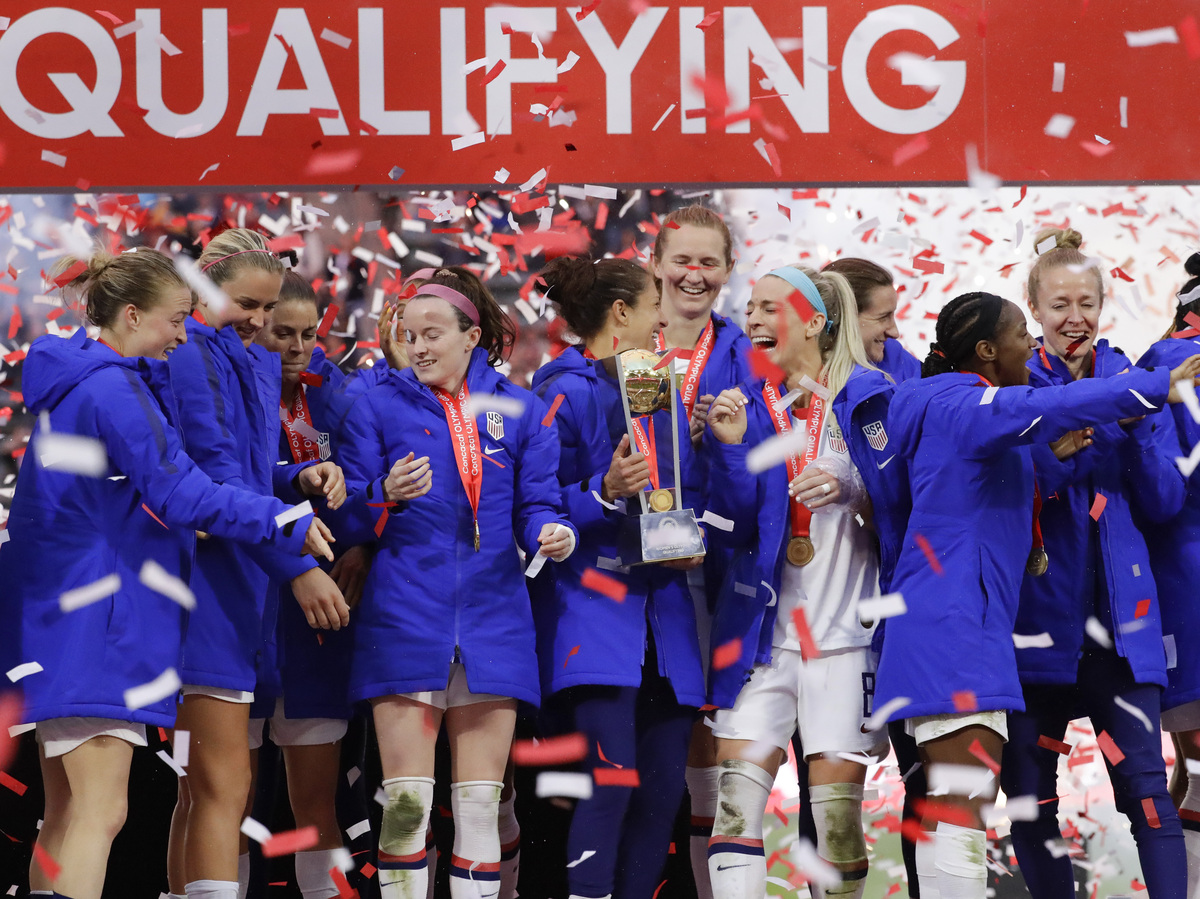 The United States Women's National Soccer Team celebrates after clinching the CONCACAF Olympic Qualifying tournament with a 3-0 win against Canada on Sunday. The team is heading to its seventh-straight Olympic games.

The U.S. Women's National Soccer Team is heading to the 2020 Olympics this summer with a chance to make history.

They'll try to become the first women's team to follow a World Cup victory with an Olympic gold medal. The Tokyo Games will mark the Americans' seventh-straight appearance at the Olympics.

The players punched their ticket with a 4-0 win over Mexico on Friday at the CONCACAF Olympic Qualifying tournament. Two days later, they added an exclamation point with a 3-0 win over Canada in the final game — a stalemate until Lynn Williams scored in the 61st minute, followed by goals from Lindsey Horan in the 71st and Megan Rapinoe in the 87th.

The team appears poised for redemption, having won 28 straight matches and dominating the CONCACAF tournament. The squad scored 25 goals and didn't allow a single opposing goal.

The U.S. returned 18 of 20 players from the team that came away victorious at the 2019 FIFA Women's World Cup in France.

Olympic rosters are capped at 18 players, and Lloyd, who has been with the team since 2005, recently told The New York Times that competition for a spot would be cutthroat.

Alex Morgan, who tied for most goals scored at last summer's World Cup, didn't play in the CONCACAF tournament. She is seven-months pregnant with her first child, and says she wants to play in the Olympics.

The USWNT next take the pitch for the SheBelieves Cup, when England, Spain and Japan visit three U.S. cities for matches starting March 5.