Accessibility links
It Was 65 Degrees In Antarctica This Week The preliminary finding, reported by Argentine researchers on the Antarctic Peninsula, would be the continent's hottest temperature on record if verified by the World Meteorological Organization. 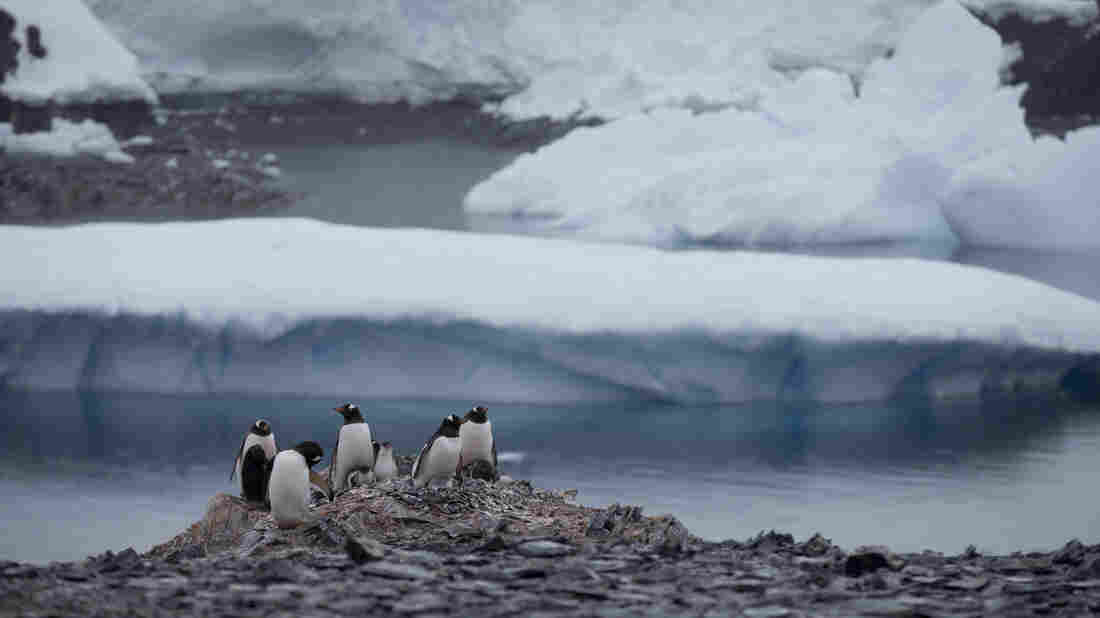 Penguins gather near a Chilean research station on the Antarctic Peninsula, not far from the Argentine station that reported the record high temperature Thursday. World meteorological experts still need to verify the record, but it does fit with a broader pattern of warming on the continent. Natacha Pisarenko/AP hide caption 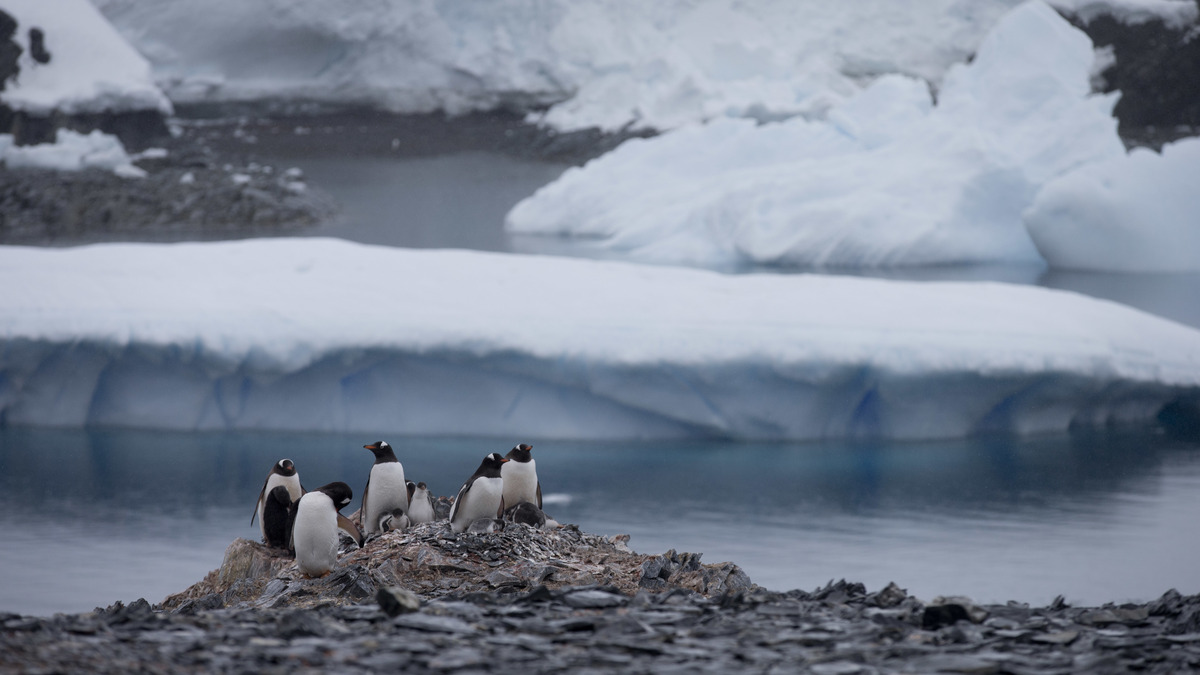 Penguins gather near a Chilean research station on the Antarctic Peninsula, not far from the Argentine station that reported the record high temperature Thursday. World meteorological experts still need to verify the record, but it does fit with a broader pattern of warming on the continent.

At least, that's what scientists reported at Argentina's Esperanza research station, on the very northern tip of the Antarctic Peninsula. The finding, announced Thursday by Argentina's national meteorological service, placed the temperature at 18.3 degrees Celsius — or just about 65 degrees Fahrenheit.

"That would make it the hottest temperature that we have seen over the length of record that we have for Antarctica," says Randall Cerveny, the World Meteorological Organization's rapporteur of weather and climate extremes.

The WMO has not officially verified the finding yet. That will require a panel of atmospheric science experts from around the world to parse and discuss the station's data for as long as nine months, before submitting their recommendation to Cerveny.

But at the moment, there's little reason to doubt the preliminary findings.

"This is unfortunately a continuing trend," Cerveny tells NPR. "This station just set the existing record only just a few years ago in 2015. So we are seeing these high temperature records — not only in Antarctica, but across the entire world — fall, whereas we just don't see cold temperature records anymore."

It's important to note that Thursday's finding is just one data point, the result of particular weather conditions that day on the northern Antarctic Peninsula.

But as Cerveny and others note, the positively balmy weather this week does match up with broader changes to the climate over time, both on the peninsula and globally. Last year was the world's second hottest year on record, and it just capped Earth's hottest decade ever recorded.

How To Talk To Kids About Climate Change

Even seen in this context, the Antarctic Peninsula is "one of the fastest warming areas on the planet," according to Alexandra Isern, head of Antarctic sciences at the National Science Foundation.

That can mean simple, logistical concerns that may not immediately come to mind — such as different gear for researchers, who have to deal with the wetter weather the warming brings. "We've definitely had to have to kind of rethink a bit what we provide people with," Isern observes.

"I've been going down for 10 years, and even I have seen the changes," she adds. "I bring different clothes."

Isern also points out that there are other, bigger consequences of the changing climate. Namely, there's a vicious cycle at work: Warmer weather in Antarctica contributes to warmer seawater in general, which contributes to melting glaciers and rising sea levels worldwide — which, in turn, leads to further warming.

Animation of T850 in °C (temperature at 850hPa) showing this heat wave over the Antarctic Peninsula. This will be followed tomorrow by an interesting foehn event according to GFS. https://t.co/IbZ2KFKuxM pic.twitter.com/J195ZAw1lY

This also means more extreme weather events for Cerveny and his team to verify.

"When I started this project all the way back in 2007, I thought we would have maybe an evaluation once every few years, and now we're having MULTIPLE observations of extreme climate every year," the WMO rapporteur says.

"The climate is changing, and this is something that we have to be aware of."