Accessibility links
Police Offering Drug Recovery Help: 'We Can't Arrest Our Way Out Of This Problem' Police departments are toning down the law enforcement, and offering drug users recovery help instead. But convincing drug users to accept the help is not easy. 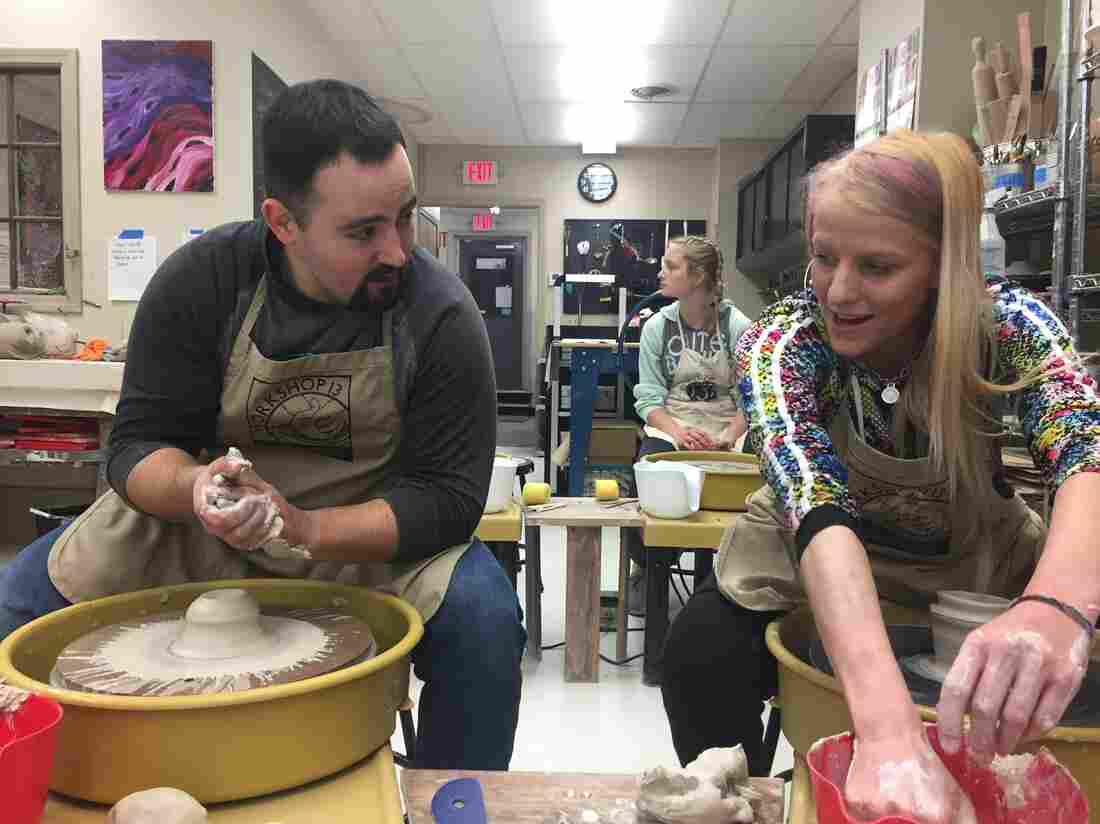 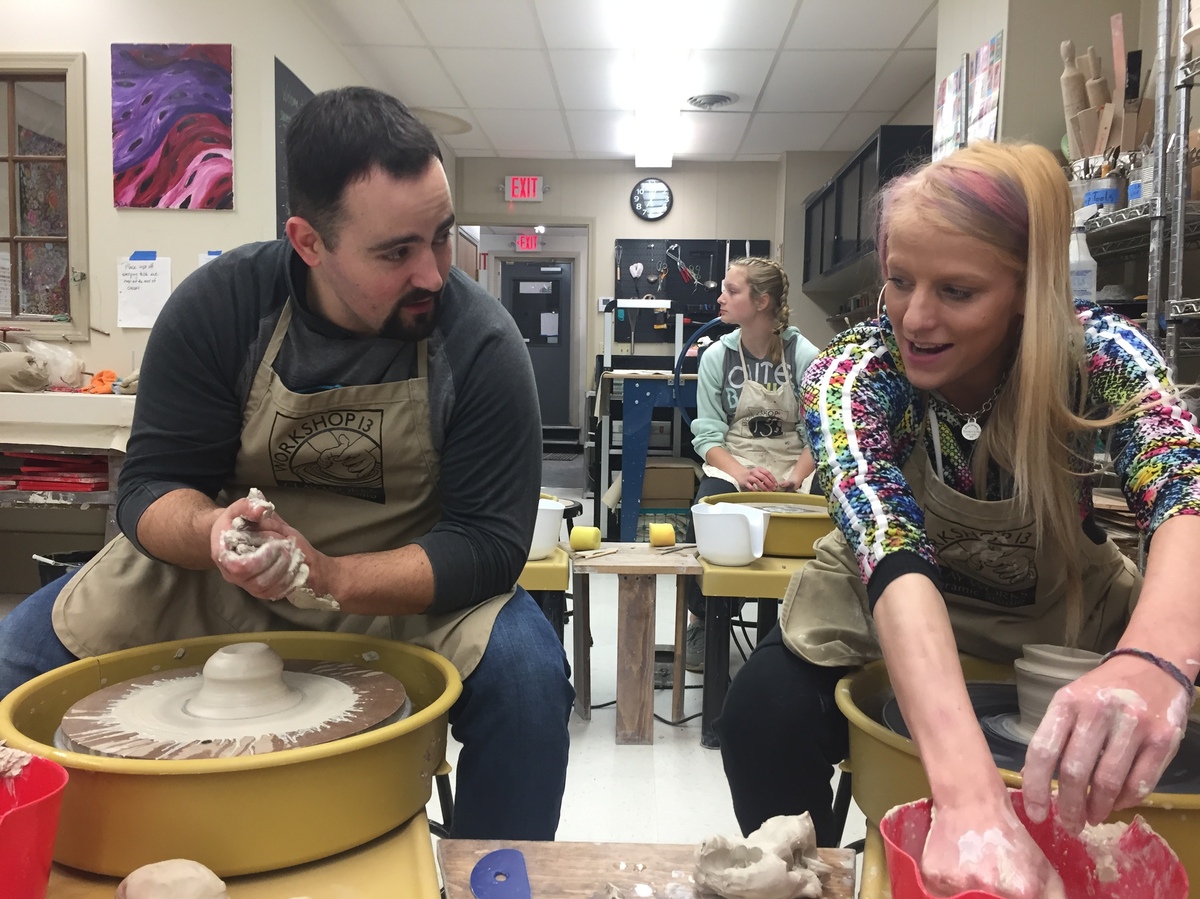 Emily Ligawiec (right) and Officer John Cacela take weekly pottery classes together in Ware, Mass. Rather than arrest Ligawiec last winter when she took heroin and stole her mom's car, he offered her help.

Emily Ligawiec has to sign in visitors to the recovery program she attends in a grand Victorian house in Holyoke, Mass. She can't bring people to her room. She only recently earned phone and car privileges.

But Ligawiec doesn't mind the restrictions. The 29-year-old is grateful she's alive to follow them, after a decade of addiction — first to prescription painkillers, then pills she bought in the street, then heroin.

"I had gone down a pretty dark path," she said.

What finally turned her around was a 911 call last winter.

She had gotten high on heroin and stolen her mother's car. When she returned it a few hours later, Officer John Cacela of Ware, Mass., was waiting in the driveway.

In the past, Cacela might have immediately read Ligawiec her rights, "because for the longest time, the whole idea was — arrest, arrest," he said.

Instead, he tapped on the car window and assured her she wasn't in trouble.

"I closed the window on him a couple of times and then I opened it a crack. Like, 'what do you want?'" Ligaweic said. "And he stood there patiently and said, 'I'm here to help you. I want to help you.' And I would roll up my window and look the other way."

Through the glass, Cacela explained he's part of a new partnership between police and public health — known in his county as the Drug Addiction Recovery Team (DART).

Although Ligaweic wasn't ready to talk that day, "he came back to my house again and again and again." When she pretended to be out, he would leave his card. "He did that three times because I kept losing it."

Cacela is used to rejection. He was the first in his town's police department to get trained in this type of outreach, which has been adopted in about 150 Massachusetts cities and a handful of other states.

It's based on the idea that, for many drug users, a call to the police — for a nonfatal overdose or a drug-related crime such as theft — is the first time they get on the radar of any authority. So after the immediate crisis is over, officers follow up and offer help. That could be a warm bed for the night, a referral to a recovery coach or needle-exchange program, a ride to detox. At the very least, they'll give out the overdose-rescue drug Narcan and talk about how to stay alive.

"It's kind of weird for a police officer to be talking to somebody, 'hey, if you're gonna use heroin, use it this way," Cacela said. "'Make sure you're not alone. Make sure there's Narcan on hand.'"

But even as police get used to this nonjudgmental role, it's not always an easy sell to drug users. 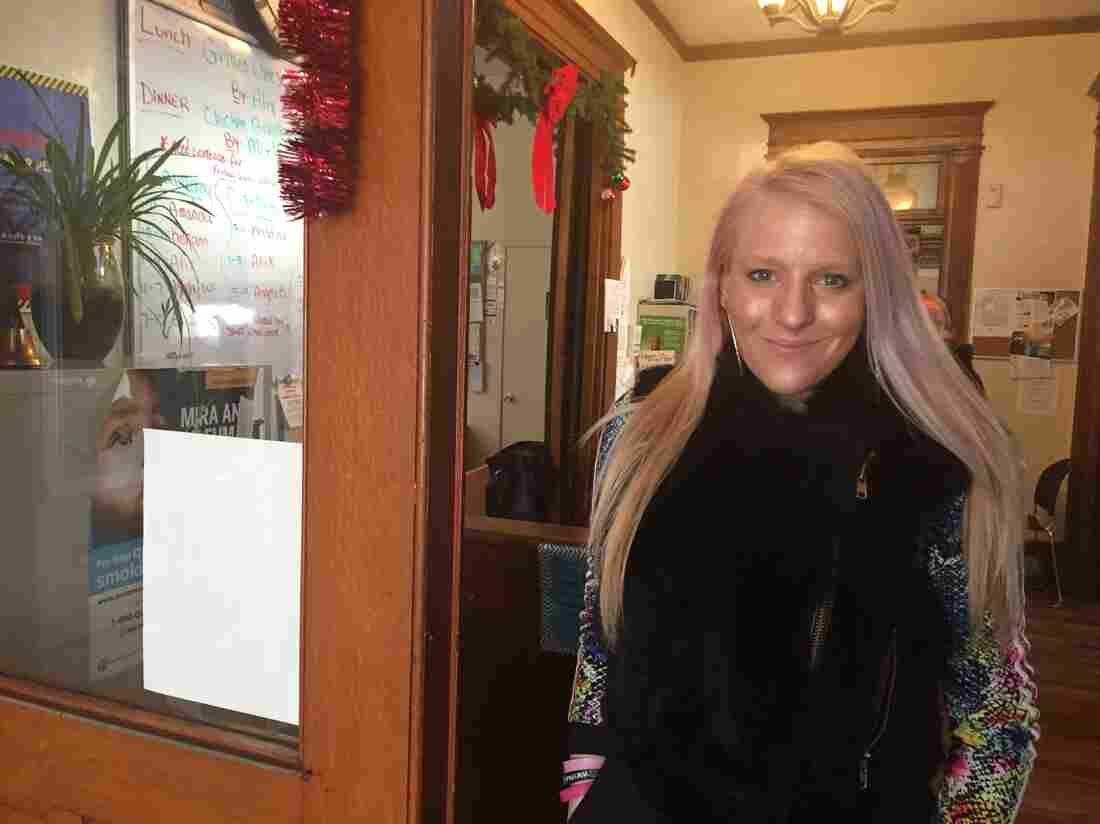 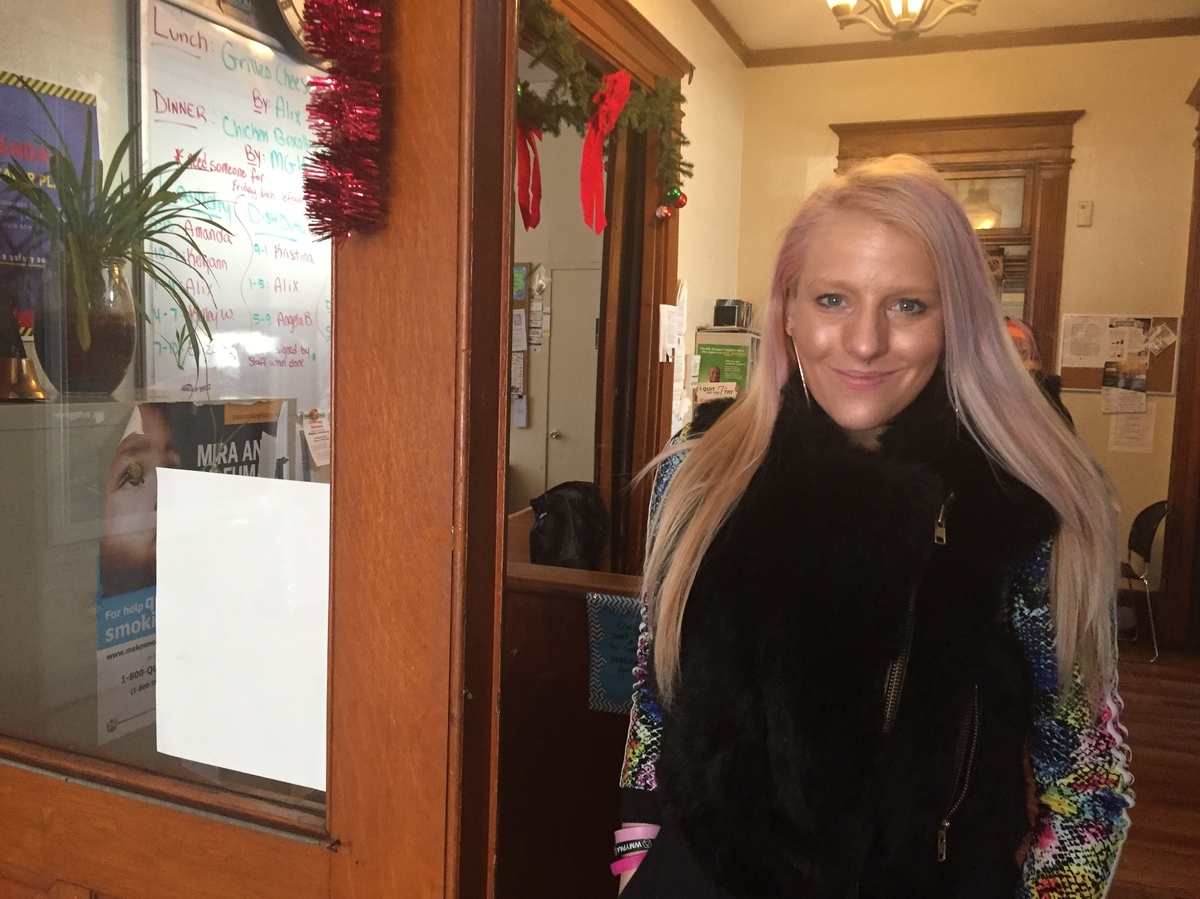 Emily Ligawiec said the call to 911 last winter turned her life around. Now, she's in recovery.

"Some people are very open and they'll talk to you. Other people [say], 'Get out of here. I don't want help, stupid cops,'" said Officer Jeffrey Goulet of South Hadley, Mass. "Not everyone's at that point in their life whether they want to stop."

Addiction researcher Alexander Walley of Boston Medical Center is evaluating this approach for the Centers for Disease Control. He says it's important not to push treatment too quickly after an overdose, when the brain is in withdrawal.

Cacela eventually talked Ligawiec into meeting him at a donut shop, where he introduced her to a recovery coach named Susan Daley, and they started working together.

But a few months later, Ligaweic overdosed at home. She saved herself by using the Narcan they had left with her. And that's when she agreed to let them help her get into rehab.

"It was like a tornado went through and all that was left in the center was me and a vast land of ruin," Ligaweic said. "And having Susan and Officer Cacela there — it's life changing."

Almost a year since that first 911 call, Ligawiec and Cacela take weekly pottery classes together in Ware.

Cacela does this on his own time. As they sit at neighboring pottery wheels, throwing down lumps of wet clay, Ligaweic surveys her bowl-in-the-making.

"I don't think I'll ever know what I'm doing," she says. "I just hope it comes together."

To which Cacela responds, "that's a lot like life."

Not all Cacela's relationships are this close. He says he's reached out to about 60 overdose survivors; only about half got back to him.

Researchers say it's hard to quantify results of this type of outreach. They're looking at whether overdose rates are slowing down in towns that use it, and if relationships are improving between police and drug users.

Ligawiec said, if she relapses, she plans to call 911 herself — and start over again.