Growing up in Baton Rouge, fashion designer Christopher John Rogers attended church with his grandma on Sundays. "There was a big emphasis on head-to-toe monochromatic dressing," Rogers says. "So, if the jacket [was] red the skirt was red, the bag was red, the hat was red — or green, or violet, or marigold. That sense of color and the taking up of space with hue really inspired me."

On Saturday afternoon, the 26-year-old designer will have his show at New York Fashion Week. Rogers won $400,000 from the Council of Fashion Designers of America (CFDA) and Vogue Fashion Fund in November. The prize also includes a year of mentorship from a member of the CFDA. Actor Regina King wore his emerald-green suit to a party. Model Karlie Kloss featured his cobalt blue silk dress on her Instagram. And Rihanna wore his blood orange strapless "wiggle dress."

Those outfits all share that monochromatic punch inspired by the Sunday mornings he spent sitting in church. At his grandmother's urging, his parents enrolled him in his school's art program, where he developed a love of sketching. In fifth grade, after seeing an episode of Project Runway, he realized that he could pursue a career as a designer.

"For the school charity fashion show ... we went to Goodwill and bought a bunch of black clothes, and we took them apart and resewed them together with inexpensive fabric from Hobby Lobby — and we just, like, made it work," he recalls. 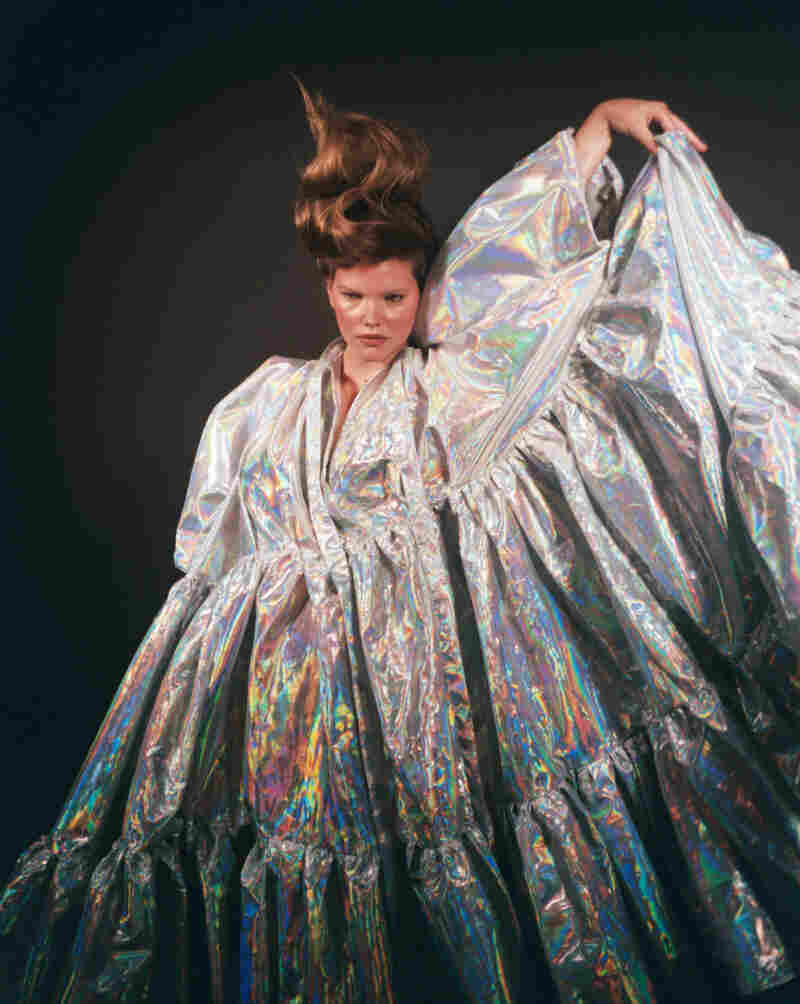 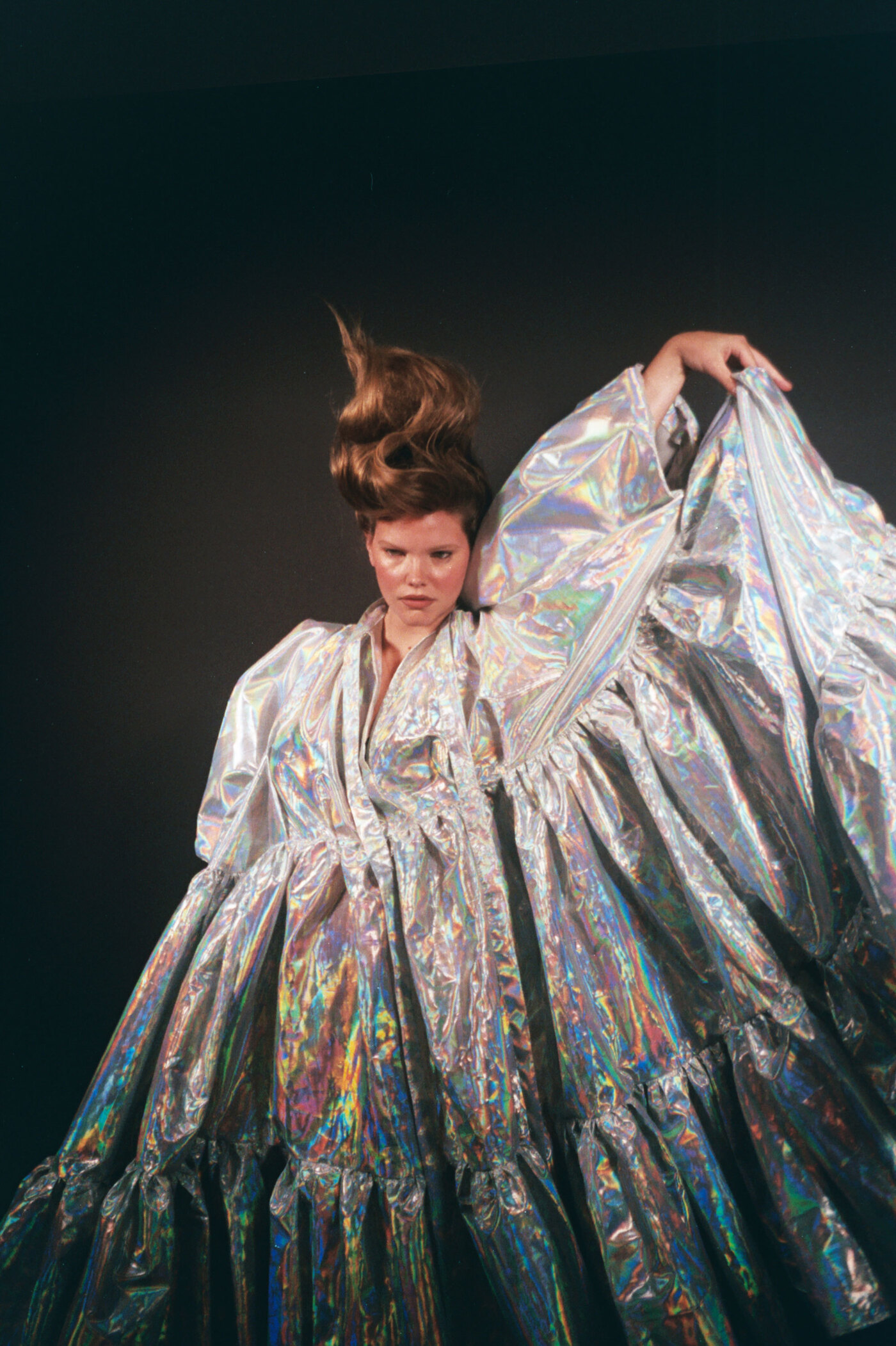 Today, Roger's designs are bold. His use of color, reimagined silhouettes, and exaggerated proportions have become his signature. And up until recently, his Bushwick apartment was where his designs came to life.

The living room is also a studio, complete with garment racks, rolls of fabric, and a mannequin. His design board features a strapless, black gown studded with crystals. A lime green sash sits across the hips. While flair is an essential part of his brand, Rogers wasn't always sure that could be the case.

"Sometimes I heard ... my work felt dated or that it felt too, too feminine. ..." he says. "At the time, I think people were associating minimalism and, not androgyny, but a more masculine-leaning cut with intelligence and with ... a higher level of aesthetics."

But Rogers wouldn't let those criticisms play a part in his design process. "I don't think that wearing hot pink and ruffles or bright yellow, or a really intense blue in shapes that take up space make you any less intelligent," he says. "I don't think that the way that you dress should make you sacrifice your personality, or your point of view, or necessarily say anything about your intelligence."

Chioma Nnadi is the fashion news director of Vogue.com and a judge for the CFDA/Vogue Fashion Fund Award. "He brought a freshness and an optimism, and a really distinctive point of view as far evening wear and the red carpet," Nnadi says. 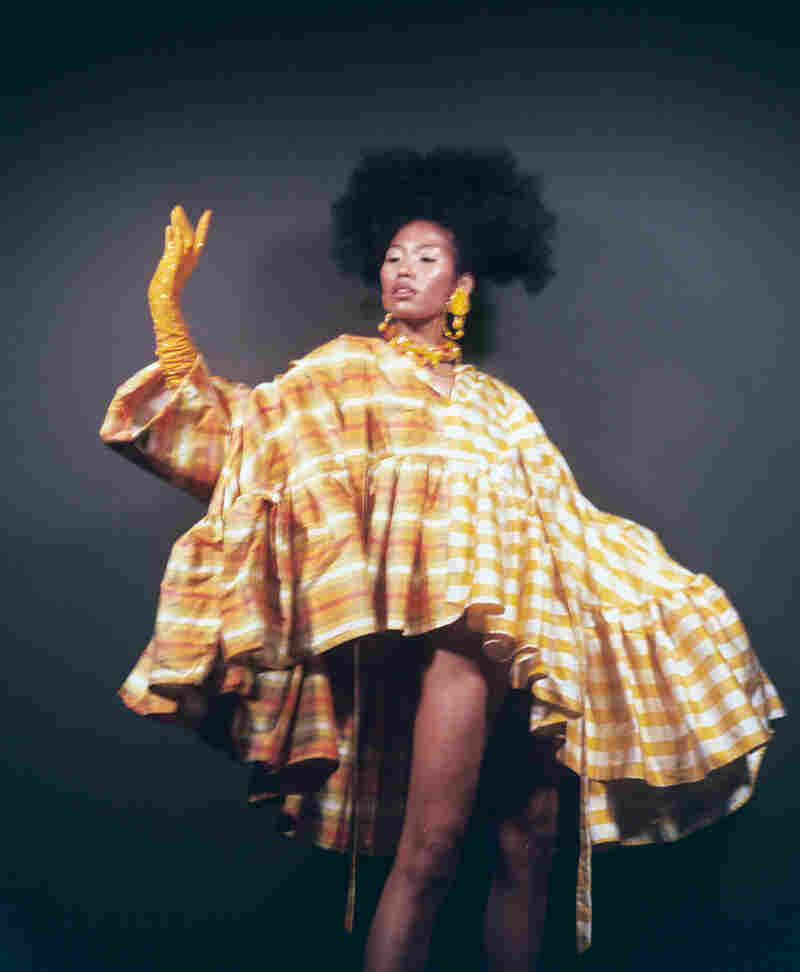 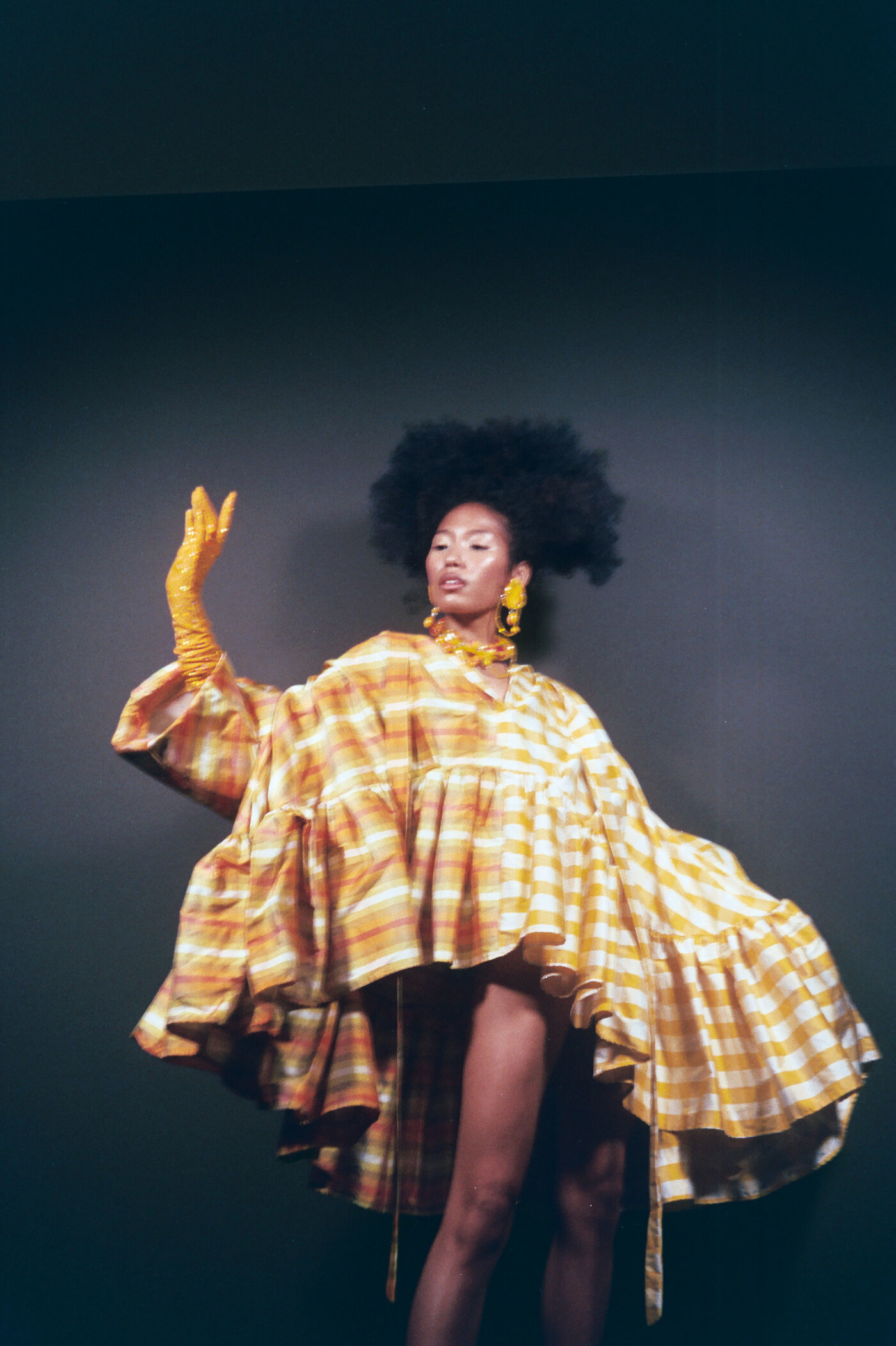 She and the other judges were drawn to the warmth Rogers was able to build around his design.

"There was a sense that he had a real support system and a real community around his work — from the women who he's dressing to the sort of young kids that are part of his generation," she explains. I think being a man of color in an industry where there are so few designers of color he also stood out."

"I've always felt one can look at fashion and get a really good sense of the cultural conversation," says Washington Post fashion critic Robin Givhan, who has covered the industry for more than a decade.

Rogers can count Michelle Obama and Lizzo among the women he's dressed, and now retailers like Net-a-Porter want to bring his designs to the masses.

Kelli Wessinger and Nina Gregory produced and edited this story for broadcast. Beth Novey adapted it for the Web.