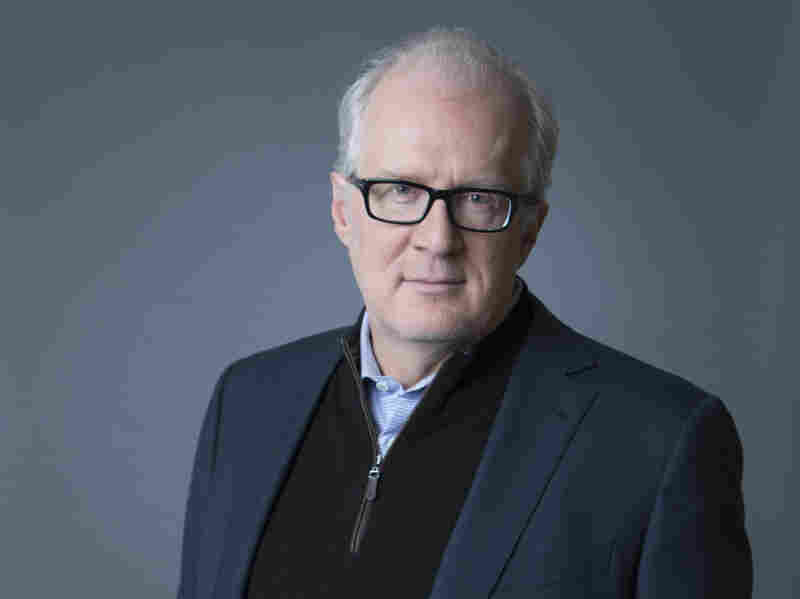 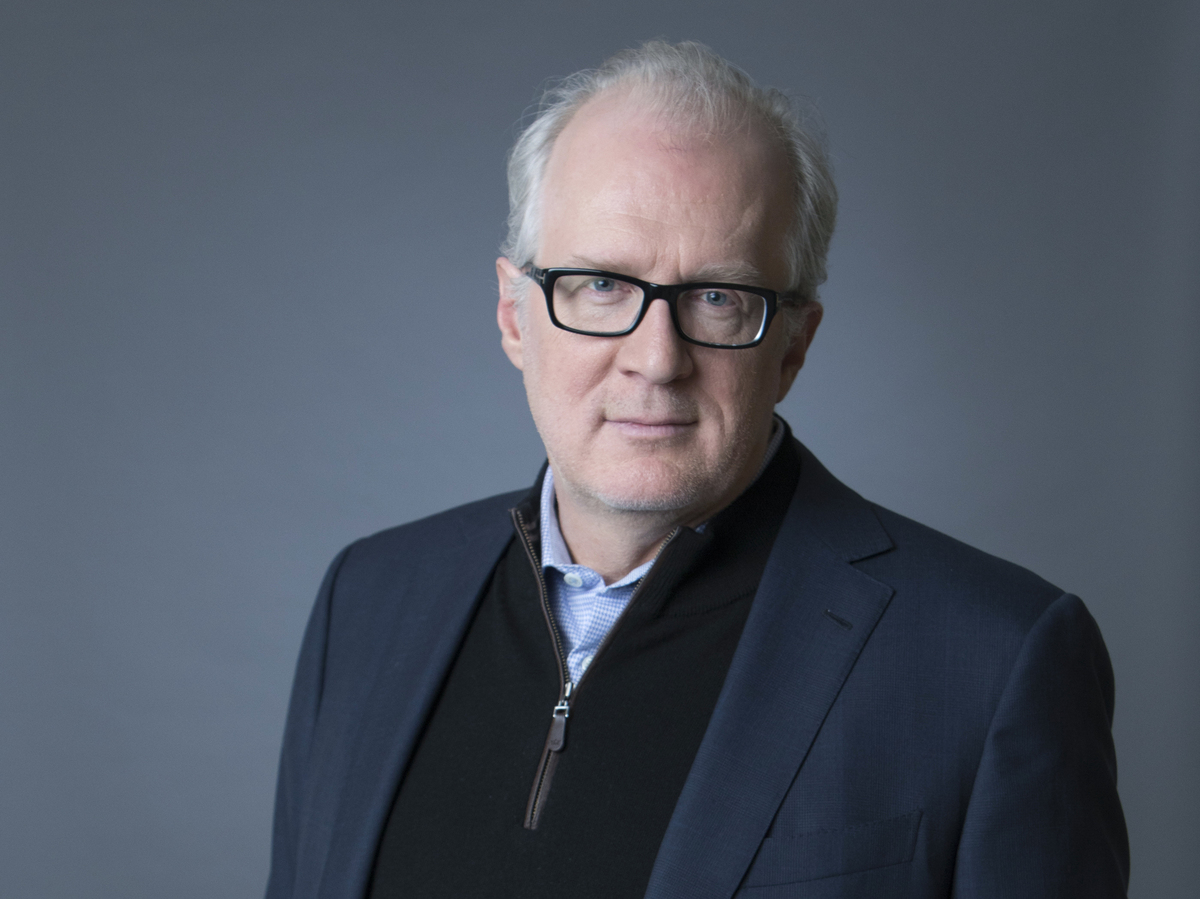 And now the game where we reward people who've already won a lot of awards. Speaking of which, Tracy Letts has won awards, both for playwriting and acting. His plays include "August: Osage County," "Killer Joe" and "The Minutes," which is coming to Broadway with him Blair Brown and Armie Hammer in the cast. He is also - we are confident - the only person in the "Festivus" episode of "Seinfeld" who has won a Pulitzer Prize.

LETTS: Thanks for having me.

SAGAL: And it's a pleasure to have you. I - even though I can go on and on about your plays that you've written, you're also a pretty accomplished actor. And for our radio audience, is there something that you are most well-known for that people recognize you for mostly?

LETTS: A lot of salesmen in the airport seem to recognize me from "Homeland."

LETTS: You'll find that a lot of those people are "Homeland" watchers.

SAGAL: Which of us does?

LETTS: And then these days, "Ford V. Ferrari" and "Little Women" are - you know, people are seeing those movies.

SAGAL: Yeah, which is really exciting.

SAGAL: Now, your - this may change with "The Minutes" coming to Broadway. But your most, I think, famous play was "August: Osage County," which won a Pulitzer Prize back in 2008. It is the greatest dysfunctional family play ever written. It's amazing. But it is, I am told, quite autobiographical.

LETTS: It is. Yeah. My grandfather committed suicide when I was 10 years old. And my grandmother, after that event, descended into years of downer addiction.

LETTS: And that was the basis for the play, a subject that had been with me and part of my life for a very long time. What was very scary to find out was, upon writing the play and putting it in front of an audience, that apparently everybody in the audience had had the exact same experience.

SAGAL: Did other members of your family who you grew up with see the play and comment upon it?

LETTS: Oh, yeah. In fact, there's a story in the play about a stepfather/uncle who beats a member of the family with a claw hammer. And I remember the relative - in their 70s at the time they saw the show - saying to me afterwards, how did you know the claw hammer story? And I said, well, I don't know. It had just been passed around. And somebody said, that happened to you? And he said, oh, yeah. It happened to me - damn near killed me.

SAGAL: Wow. That's - so nobody got mad at you for, like, airing out the family laundry.

LETTS: You know, it's amazing. People like seeing themselves represented onstage.

SAGAL: I guess so.

PETER GROSZ: They're bragging. You know, that character that everyone hates - that was me.

SAGAL: I don't want to go on too much about it 'cause people may not know the play. But the grandmother character in the play is truly one of the great - I don't know whether the word villain is right. But she's this monstrous person who takes pleasure in just destroying everybody she talks to.

LETTS: My mom, when she read the play - and she was one of the first people ever to read it - I knew it was very tough speaking about her mother. And I was a little fearful of what her reaction would be. And the first thing my mom said to me was, you've been very kind.

SAGAL: But you're also an actor, of course. You've always been one, right? That was your first career. That's what you started doing.

SAGAL: Right. When you're on a set working in commercial stuff, TV, movies, do you ever have the temptation to go talk to the writer and maybe make a suggestion and say, Bill, well, you know, I understand you want to do it this way, but my Pulitzer suggests an alternative?

LETTS: I don't. And I'm told later on by some of the writers on staff that they were nervous about the fact that I was there, but I don't know. I've done the acting side of it for so long that I - who would want to hire me if I was going to show up and do that all of the time, right?

SAGAL: And you have two movies nominated for best picture. You're in "Ford V. Ferrari" and "Little Women."

LETTS: Yeah, I don't know how that happened. I got very lucky.

GROSZ: You're the secret sauce.

SAGAL: Do you really?

SAGAL: You go straight for the lie?

LETTS: I lie really well. And I want everybody to lie well when they see my plays when they don't like them.

LETTS: I think we should all get a lot better at that...

LETTS: We lie all the time.

LETTS: And yet there are times when we see somebody's play - I was like, well, I have to be true to myself. I can't possibly lie to this - well, yes you can. You just look them in the eye, and you say, that was fantastic.

SAGAL: Well, Tracy Letts, it is a pleasure to talk to you. We've invited you here to play a game we're calling...

SAGAL: Sometimes it is wiser not to do something. We're going to ask you three questions about warnings given to people. Answer two correctly, and you'll win a prize for our listener - the voice of your choice for your voicemail.

Bill, who is Tracy Letts playing for?

LETTS: What if I knew her? Wouldn't that be strange if I knew her and I had some grudge against Elizabeth Cook of Kissimmee, Fla.?

SAGAL: Well, it'd be awkward. But then again, it'd also be your next play.

SAGAL: All right. First question - foreign countries often issue travel warnings to people coming to the United States. Switzerland tells its citizens not to do what when they come here? - A, say anything negative about "Star Wars"; B, pee in the street; or C, go anywhere near Swiss Miss Hot Chocolate.

LETTS: Pee in the street.

SAGAL: Did you - have you traveled the world and seen sophisticated Europeans peeing in the street and knowing that that's what they do?

LETTS: I've seen all manner of people peeing in the street.

AMY DICKINSON: But that's so weird because, first of all, how often do people...

SAGAL: Apparently, the Swiss feel that we are touchy about this.

LETTS: It must have happened enough that, like, Swiss citizens went back and, like - why didn't anyone tell me?

DICKINSON: There I was...

LETTS: ...You have to specifically say, do not pee in the street.

SAGAL: All right. That's very good. You were very confident on that. Next question - when winds of 60 miles an hour hit Toledo last February, the National Weather Service released an advisory warning people to use caution while doing what? - A, walking small dogs who might blow away; B, wearing a nun's wimples; or C, standing upright instead of the recommended crawling along the ground.

SAGAL: Last February, the good people of northern Ohio got a small dog warning - the first ever - from the National Weather Service in Cleveland.

LETTS: You also should not pee in the street.

SAGAL: Exactly. That's - oh, yes. Here's your last question. You're really rocking through this. Back in the '90s, advisory stickers were one way for parents - know not to let kids listen to certain albums. And one of the first records to ever receive one of those stickers was which of these? - A, Frank Zappa's "Jazz From Hell," an album of completely instrumental music; B, brought to you by the letter F, it's "Sesame Street's" "F The Police"...

SAGAL: The album had no lyrics at all. But one of the tracks was called "G-Spot Tornado." So you know...

SAGAL: You have to protect the kids. Bill, how did Tracy Letts do on our quiz?

KURTIS: He did great. Very few people get them all right, and you just did to win.

SAGAL: So you've got a Pulitzer. You've got a Tony. How does this feel in comparison?

DICKINSON: Such a good liar.

LETTS: And in fact, I'd like to thank a few people for my appearance here tonight.

SAGAL: I believe you.

SAGAL: Tracy Letts is an actor and Pulitzer Prize-winning playwright. His play "The Minutes" opens at the Cort Theatre on Broadway on March 15. Tracy Letts, thank you so much for joining us.

SAGAL: In just a minute, Bill turns up the pitbull but not Cat Stevens in the Listener Limerick Challenge. Call 1-888-WAIT-WAIT to join us on the air. We'll be back in a minute with more of WAIT WAIT... DON'T TELL ME from NPR.