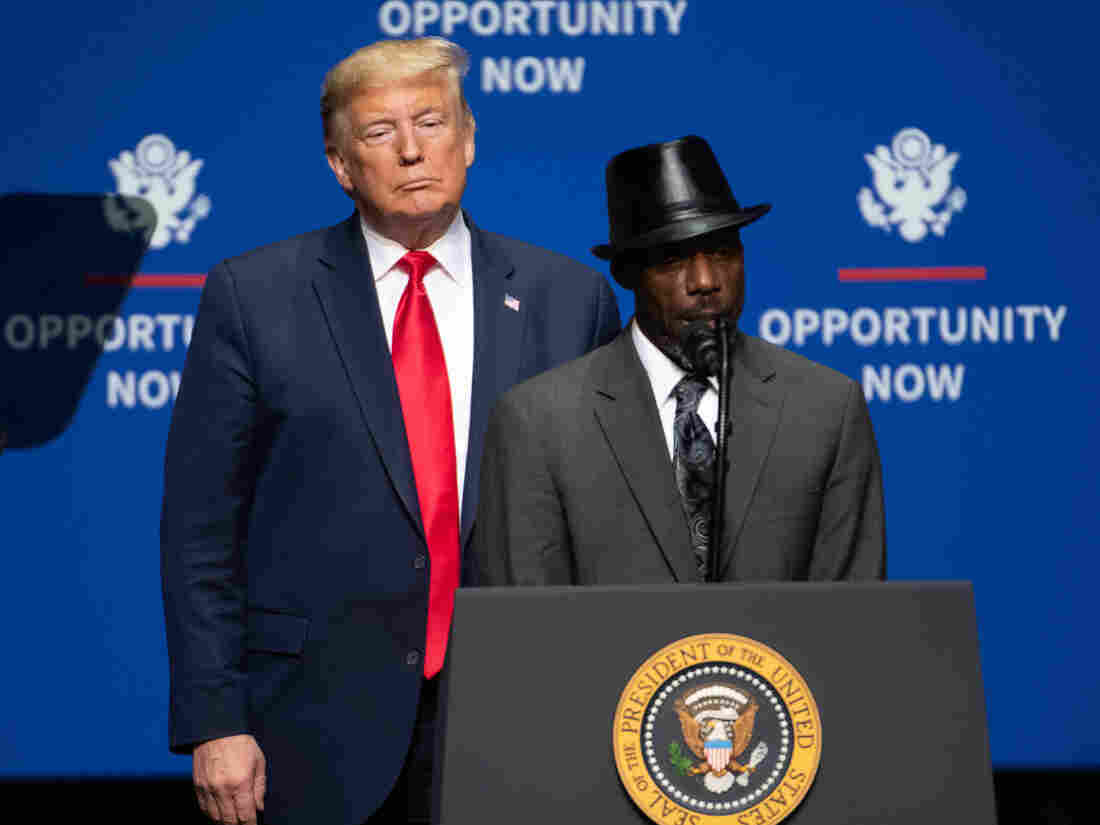 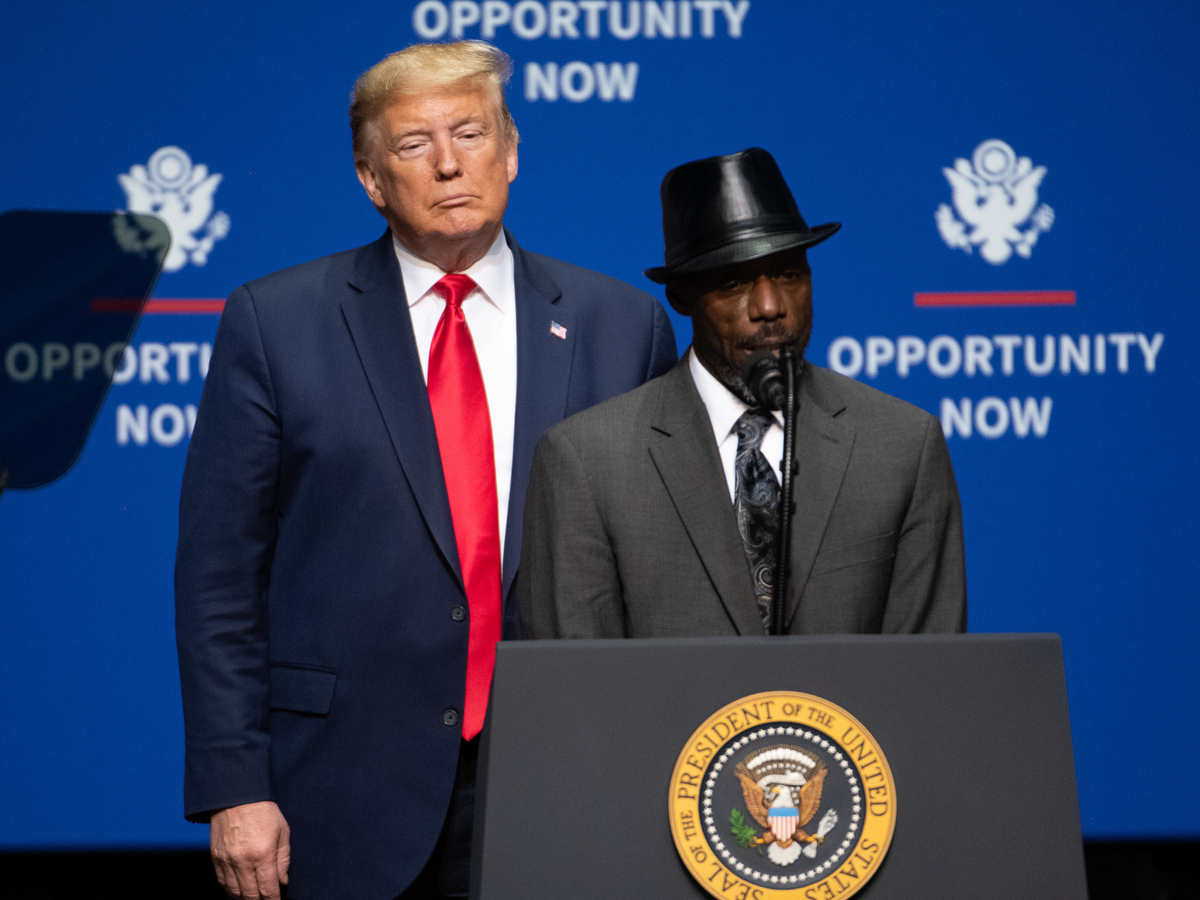 President Trump looks on as Tony Rankins, who works in a so-called Opportunity Zone, addresses a crowd during a speech Friday in Charlotte, N.C., aimed squarely at appealing to African American voters.

President Trump ramped up his outreach to black voters on Friday in a speech aimed squarely at highlighting policies he says are helping provide jobs, education and opportunities.

In his first policy speech since his State of the Union address on Tuesday — which also highlighted his outreach to the African American community — Trump traveled to Charlotte, N.C., and announced a new addition to his team.

What We Learned From Trump's State Of The Union Address

Trump said he has tapped Tony Lowden to oversee the government's efforts to assist former prisoners adjusting to life after incarceration. Lowden, who is African American, is the pastor of former President Jimmy Carter's church, Maranatha Baptist Church in Plains, Georgia.

"Too many of our men and women are ending up in our prisons and coming home with nothing to get back on their feet," Lowden told the crowd at the event.

In his State of the Union speech, Trump repeatedly touched on policies directly aimed at appealing to black Americans, including his support for historically black colleges and school vouchers.

The Trump campaign has also launched Black Voices for Trump, an initiative to get more votes for Trump from African Americans.

The outreach has an uphill battle: Only 8% of African Americans voted for Trump in 2016. A recent Washington Post-Ipsos poll found that 8 in 10 black Americans say they believe Trump is a racist and 9 in 10 disapprove of his job performance.

But strategists have said even small bumps in votes from African Americans could make the difference in battleground states in the November presidential election.

Trump often points to his backing of the First Step Act — a law that reduced sentences for some drug offenses — as one of his signature achievements.

The law passed with bipartisan support in late 2018. More than 5,500 prisoners have been released thanks to the law so far. In a television ad that aired during the Super Bowl, his campaign showcased Alice Marie Johnson, a woman whose life sentence was commuted by Trump.

Former inmates often struggle to find housing, employment and other necessities. The administration has pledged to work to address these challenges.

"We are going to make sure you come home with your driver's license, your ID and your birth certificate so you can get back on your feet and be reunited with your family. Now is the time," Lowden said.

In Charlotte on Friday, Trump also promoted his administration's work on Opportunity Zones, a program that allows investors to lower their tax bill in return for investing in low-income neighborhoods.

He invited Tony Rankins, who found a job with a construction company in an Opportunity Zone in Ohio, to the stage. He thanked Trump for his work.

Trump also repeated his controversial pitch to African Americans during the 2016 campaign: "What the hell do you have to lose?"

Trump said some of his advisers back then cautioned him about using that sort of language.