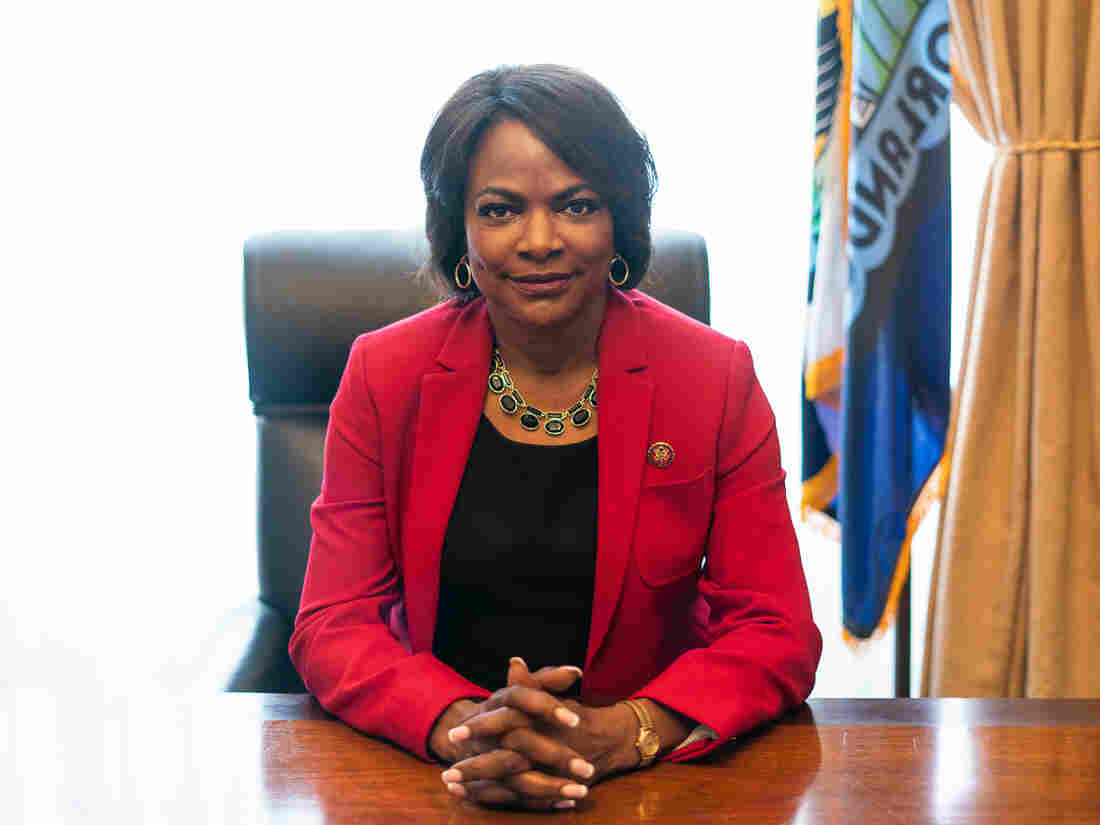 Florida Rep. Val Demings compares the impeachment saga to police work. As a former cop, she says police will make arrests to stop a threat — regardless of how a court will rule later. Kisha Ravi/NPR hide caption 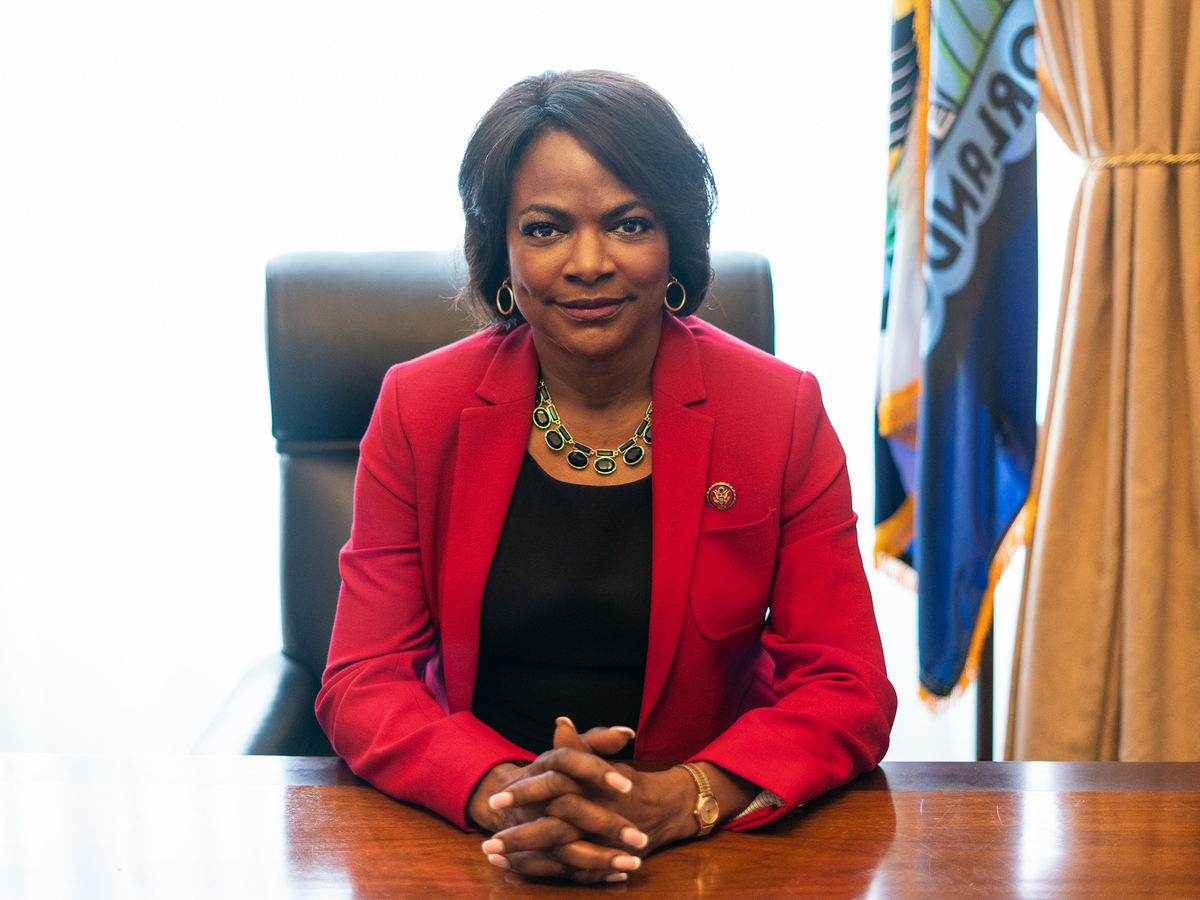 Florida Rep. Val Demings compares the impeachment saga to police work. As a former cop, she says police will make arrests to stop a threat — regardless of how a court will rule later.

President Trump celebrated his acquittal this week by lashing out at political rivals and firing two officials who testified before impeachment investigators about his involvement in the Ukraine scandal.

Trump's acquittal in the Senate on Wednesday was never truly in doubt. And with one poll this week showing Trump with the highest approval rating of his presidency, Democrats have been left to answer whether impeachment was worth the political cost.

That includes Rep. Val Demings of Florida, one of the seven impeachment managers who argued the case against the president during his trial in the Senate.

"Was it worth it? Every day it has been worth it," she told NPR in an interview from her Capitol Hill office on Friday.

Demings called the Senate's vote to acquit the president "disappointing," but drawing an analogy from her prior career in law enforcement, she says Democrats had an obligation to pursue the case regardless of the outcome.

"The House managers were the defenders of the Constitution," she says. "And just like when I was a law enforcement officer, when I saw someone breaking the law, I did not stop and think about, well, my goodness, what will the judge do? What will the jury do down the road? I did my job to stop that threat and then go to court and plead my case."

In the end, Democrats managed to win just one Republican vote. That came when Sen. Mitt Romney, R-Utah, announced he would defy his party and vote to convict Trump on one of the two articles of impeachment that he faced: abuse of power.

"We presented our case. We made our case. The senators chose to not hold the president accountable for whatever reason," says Demings. "Had we not proved our case," she adds, "there is no way that Mitt Romney would have voted guilty against the president."

The path ahead for Democrats

The question now for Democrats is what's next. The lead impeachment manager, Rep. Adam Schiff, D-Calif., told NPR this week that no decisions have been made about whether House Democrats will continue to investigate President Trump's attempts to pressure Ukraine to investigate former Vice President Joe Biden.

One potential witness is John Bolton. The former national security adviser had offered to testify before the Senate if subpoenaed, but Democrats were unable to garner enough votes to secure his testimony. All but two Republicans — Romney and Susan Collins of Maine — voted against a motion to hear new witness testimony. That vote came despite a New York Times report that in an unpublished manuscript, Bolton wrote that Trump had told him he wanted to continue withholding security aid for Ukraine until the government there agreed to investigate Biden and his son Hunter.

When asked why House Democrats didn't subpoena Bolton themselves, Demings turned the focus back on the Senate.

"The Senate had this opportunity that [Bolton] said, 'I want to come and testify before you and you only. Call me, I'm ready.' And the Senate chose not to do that. They don't get a — there are some that might want to give them a pass, because like I said, there is this double standard out there, but I'm not giving them a pass."

"We were right to move forward," she says of the House decision not to subpoena Bolton. But Demings, who sits on both the Judiciary and Intelligence committees, says any decision about whether to subpoena Bolton in the days ahead "will not be made at my pay grade." 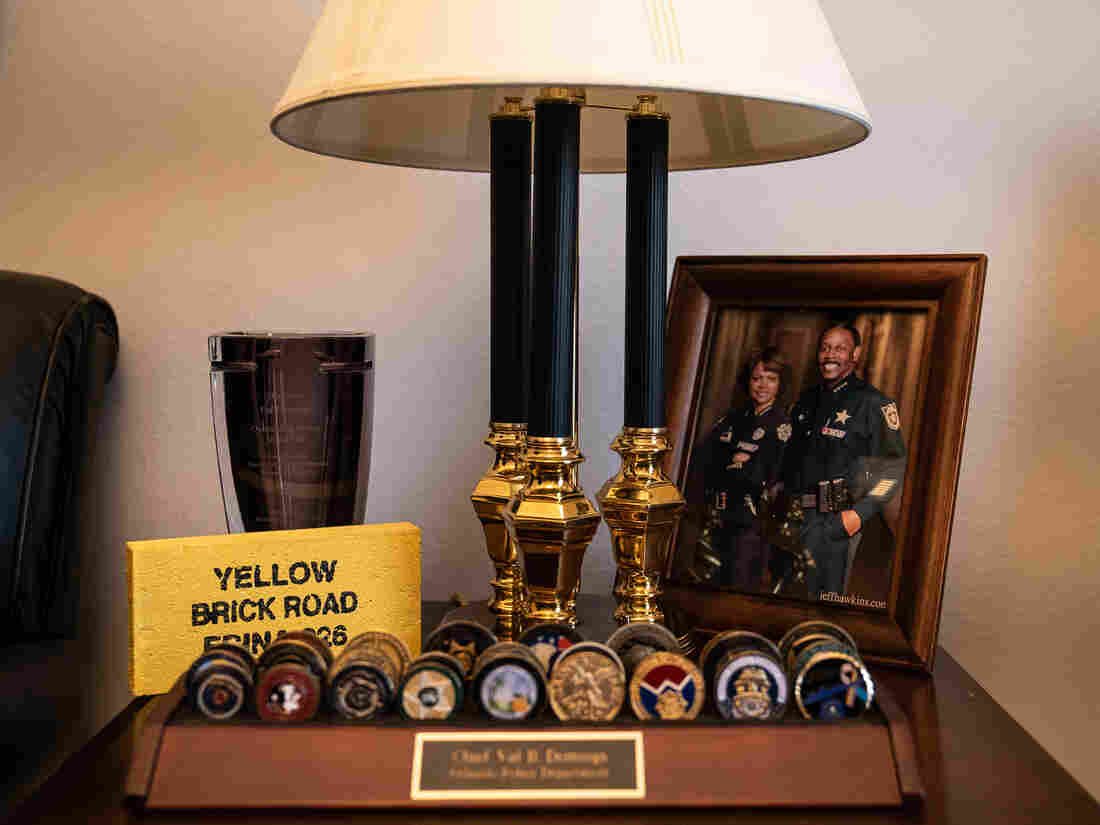 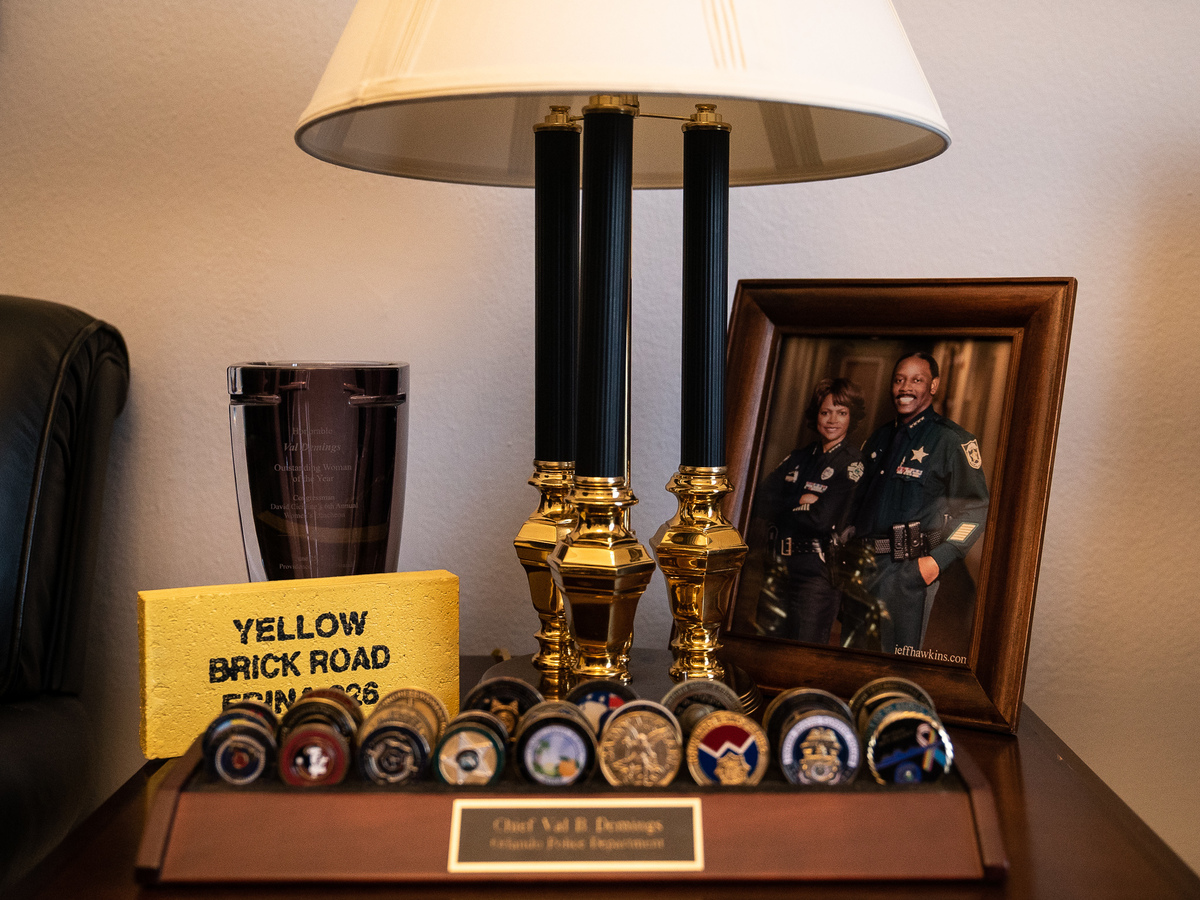 Demings worked for the Orlando Police Department for 27 years, in several departments. She worked as an internal affairs commander, investigating police officers. She also served as a patrol officer and detective. In 2007, she was appointed as Orlando's first female chief of police.

Her work putting criminal cases together as a cop is why she thinks Speaker Nancy Pelosi, D-Calif., chose her to be the only non-lawyer on the House impeachment manager team.

"I think those real-life experiences in what I think was a tougher arena, building criminal cases, I think the speaker wanted that and needed that as a part of the team," she says.

Being a part of that team may put her in the crosshairs in November. Florida state Sen. Joe Gruters, the chairman of the Florida Republican Party, wrote this week that Floridians "won't forget Demings' role in this unfortunate chapter of history, and America won't forget the Democrats' cynical witch hunt at the ballot box in November."

Demings' district, which includes parts of Orlando and surrounding areas, is considered a safe seat for Democrats. She emphasizes that the prospect of being targeted doesn't faze her.

"I grew up poor black and female in the South and I worked as a law enforcement officer. I mean, I've been targeted before because we are always targeted. And look, I am a woman of faith. And I know that God is on my side. And I don't fear any man because that's what the Scripture says. I'm used to being targeted. I will continue to do the best job that I can do for the people that I represent. And the people in my district will decide."

Demings also talks about the experience as bigger than just a single election.

"Fifty years from now when, I think, all of the impeachment managers will be dead and gone, I do believe that history will look back and smile upon the defenders of the Constitution and the form of government that the framers had in mind. And that makes me pretty proud."

NPR's Janaya Williams and Tinbete Ermyas produced and edited the audio version of this story.