Accessibility links
Opinion: Kirk Douglas' Passion Project After Spartacus Actor Kirk Douglas died at the age of 103 this week. NPR's Scott Simon remembers the movie that Douglas made after his pivotal role in Spartacus. 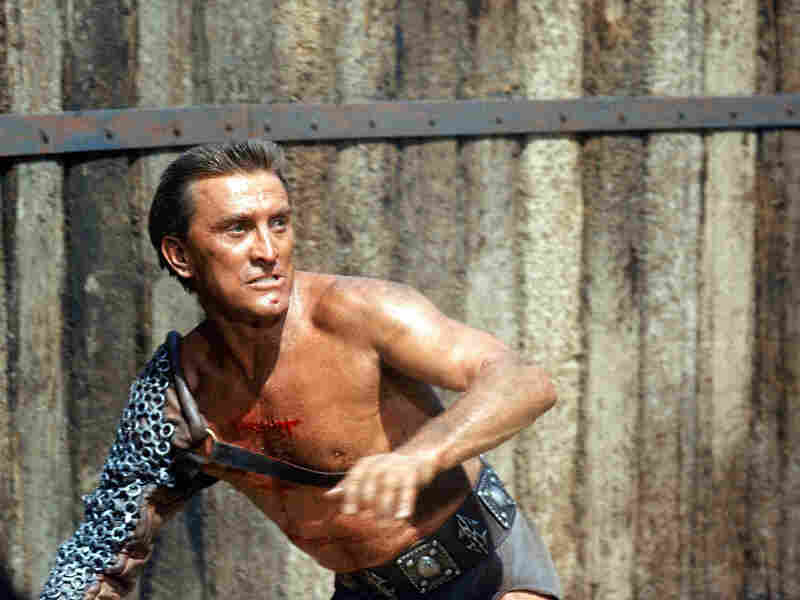 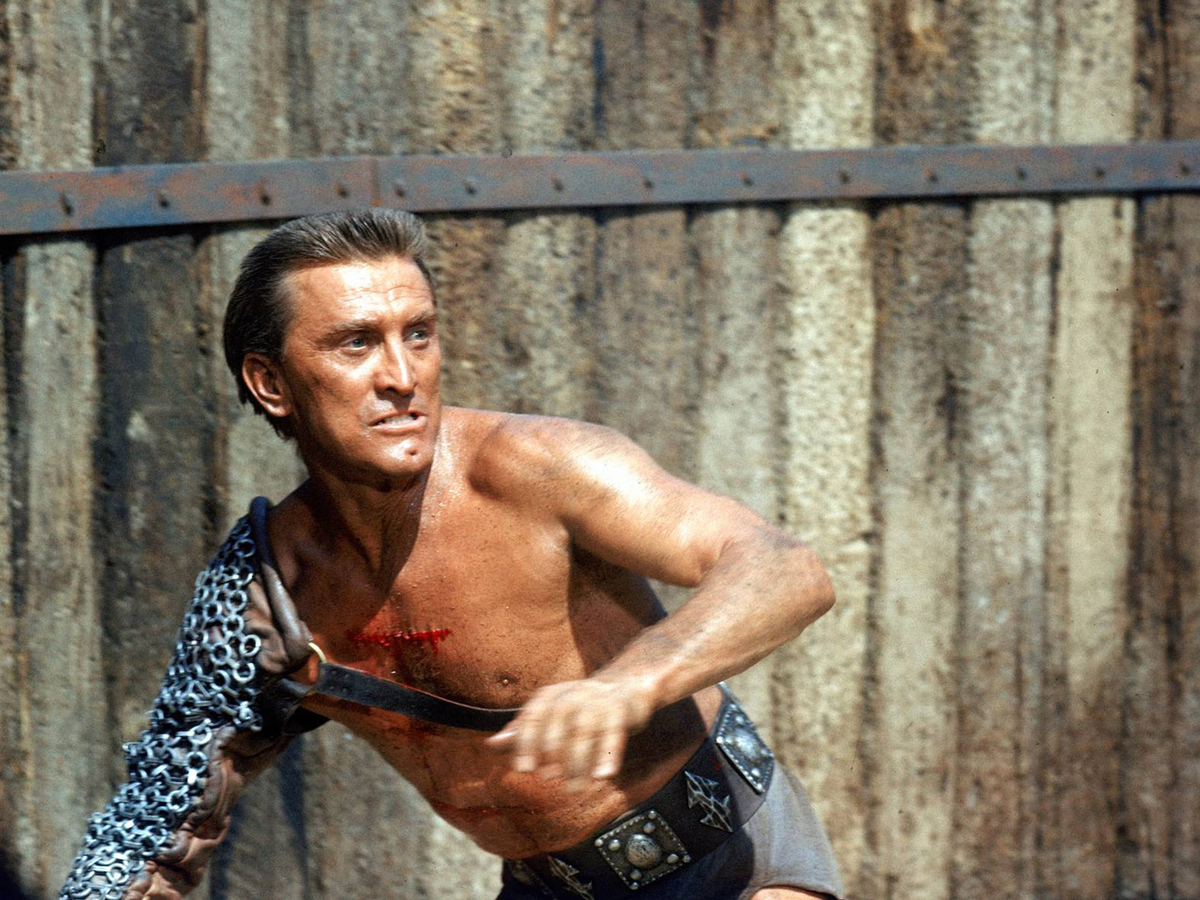 Kirk Douglas as Spartacus in the movie that won four Oscars.

After Kirk Douglas produced and starred in Spartacus in 1960, a film that won four Oscars and was the biggest moneymaker of the year, he could probably get Hollywood to finance almost any film he wanted to make. Another epic, like Spartacus? An adventure, like 20,000 Leagues Under the Sea? A scorching star vehicle, like Lust for Life? What Kirk Douglas chose to do was a small-scale film, black and white, not widescreen Technicolor, drawn from Edward Abbey's novel, The Brave Cowboy.

It was not a cowboy film with shootouts and sagebrush. It's the story of Jack Burns, a free spirit with a spirited horse, but no fixed address, who tries to survive as a cowboy in the modern American West of superhighways and fenced-in prairies.

"Have you ever noticed how many fences there're getting to be?" Jack Burns asks an old girlfriend. "And the signs they got on them: no hunting, no hiking, no admission, no trespassing, private property, closed area, start moving, go away, get lost, drop dead!"

Jack starts a bar brawl with a one-armed man to get arrested, and thrown into a small-town jail where he wants to help an old friend break out. His friend has been jailed for helping undocumented immigrants. But he refuses the offer. He has a family. He wants to serve his time and rejoin his wife and son. Jack Burns says he can't live behind bars and walls. So he breaks out on his own, saddles his horse, Whiskey, and breaks for the border, as marshals and helicopters chase after a lone cowboy on foot, leading his horse through steep mountains and bristling timber.

Kirk Douglas asked Dalton Trumbo to write the film, which the studio retitled Lonely Are The Brave. Trumbo was on the Hollywood blacklist, writing under pseudonyms. But Kirk Douglas insisted on giving him a screen credit with his real name for Spartacus, the story of a brave man who leads an uprising. It brought down the blacklist. 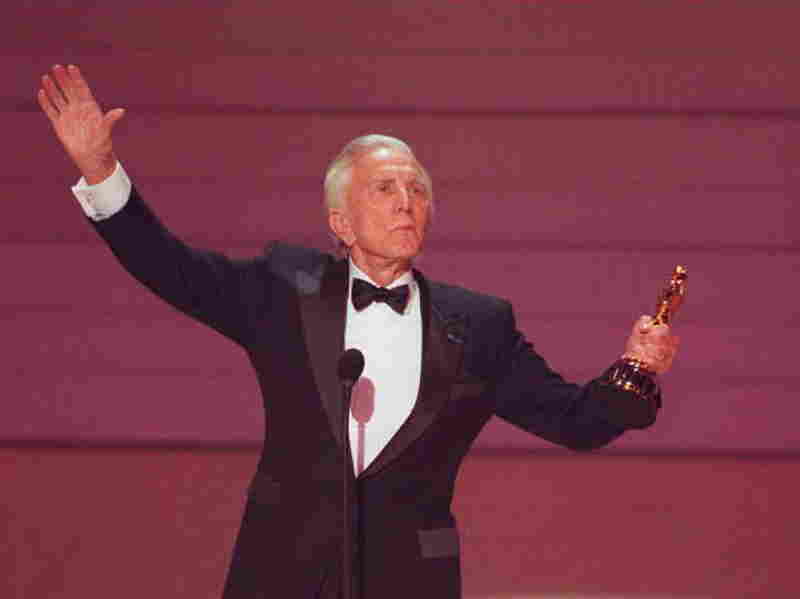 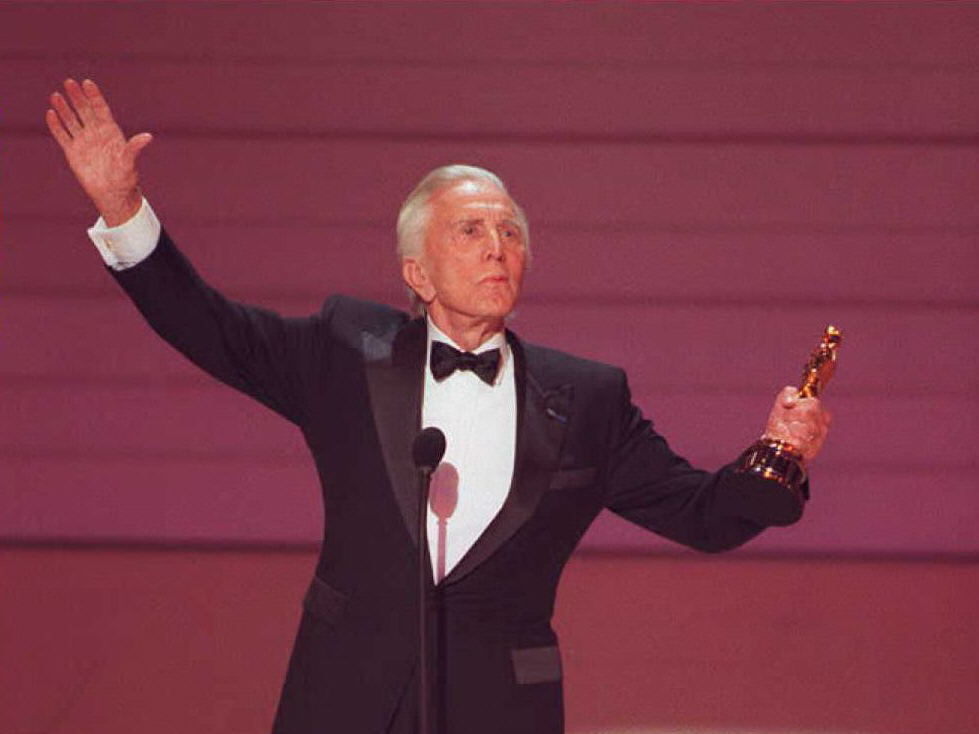 Kirk Douglas salutes the crowd at the 68th Annual Academy Awards after he received an Oscar for lifetime achievement.

Lonely Are The Brave was not a box-office success when released in 1962, but the film's fame has grown. Kirk Douglas often called it his favorite.

When Douglas died this week at the age of 103, I looked up the telegram Dalton Trumbo sent him when he first screened the film. His words may be the best kind of praise to mark an actor's career. He wrote: "I think they are going to leave the theatre saying, 'That is what I really am. Or at least it is what I want to be in my finest hour.' You did it. You showed the heart of a man."