Accessibility links
The Pumphrey Brothers Know Even 'The Old Truck' Has A Backstory Jerome and Jarrett Pumphrey have worked together on creative projects since they were kids. Their new book — illustrated with 250+ stamps — is about family, farm life, determination and hard work. 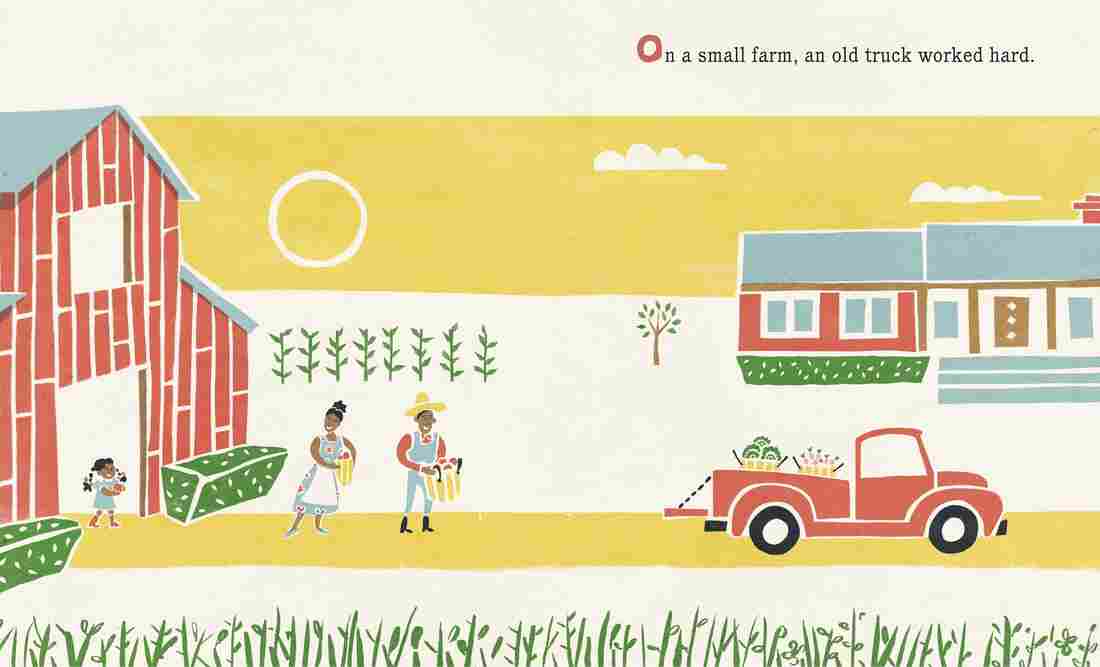 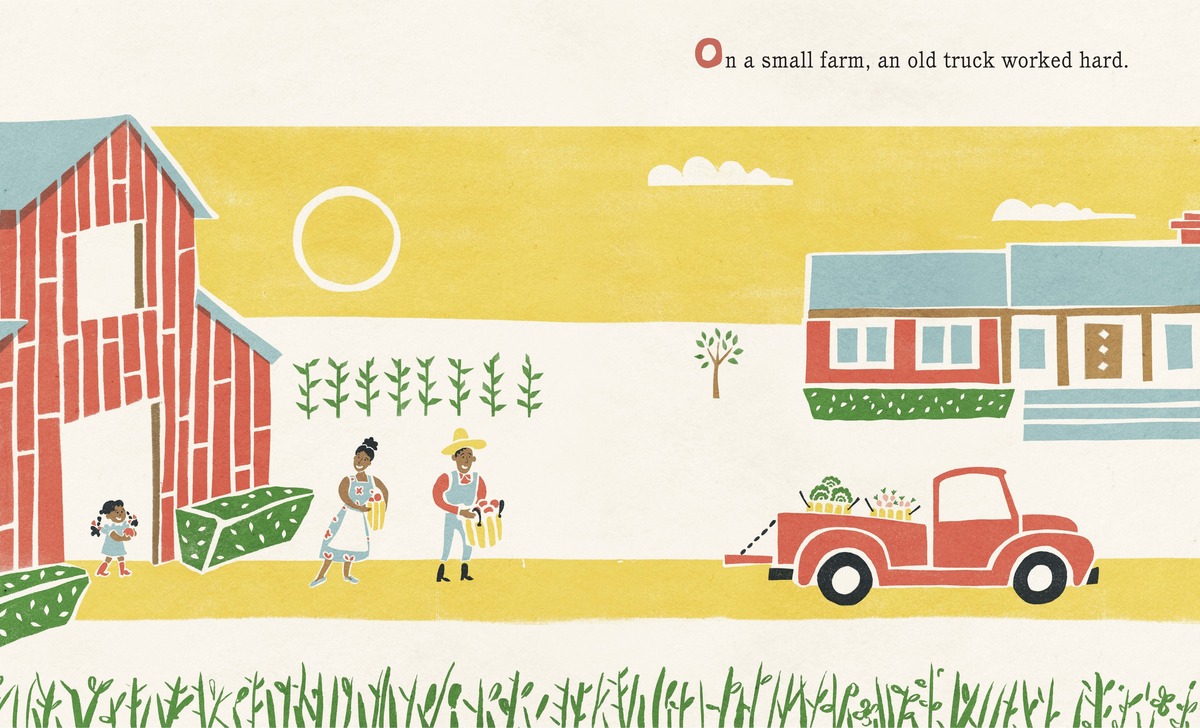 Jarrett and Jerome Pumphrey have been "making stuff" together since they were kids. They grew up in a family of four brothers, and from a young age, Jarrett says, he and Jerome "just clicked."

Their latest project is a particularly special one, because it's the first time they've created a book that they both authored and illustrated. Inspiration for The Old Truck came when Jerome was driving through central Texas, on his way to visit Jarrett. As he passed farm after farm, he saw old, aging trucks sitting out in the fields.

"It's such an iconic image," Jerome says. "But it makes you wonder: What's the story that could be behind that truck or the family that lives there?" 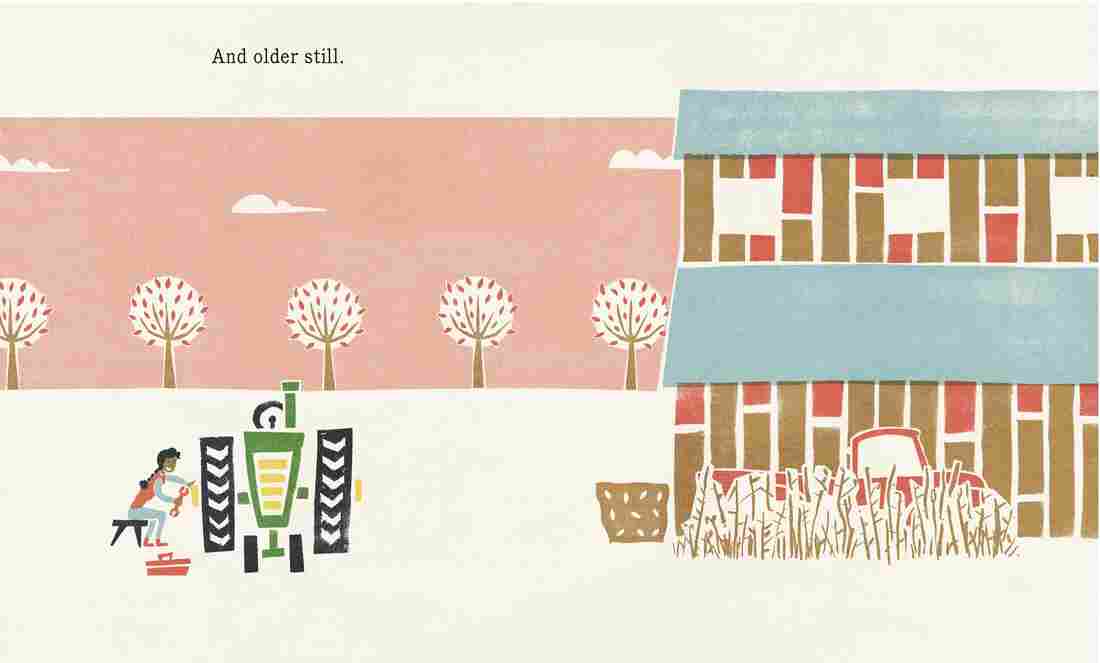 So the brothers decided to write and illustrate a story about a family and a farm — all centered around a pickup truck that more or less stays in one place throughout the book. Around the truck, seasons change, years pass, and before long, the little girl from the beginning of the story has taken over the family farm.

Making every spread feel different was "a bit challenging" Jerome says. But by placing the truck consistent across every page, he and Jarrett "were reinforcing the idea of the truck being a permanent part of life on the farm and in the girl's life." 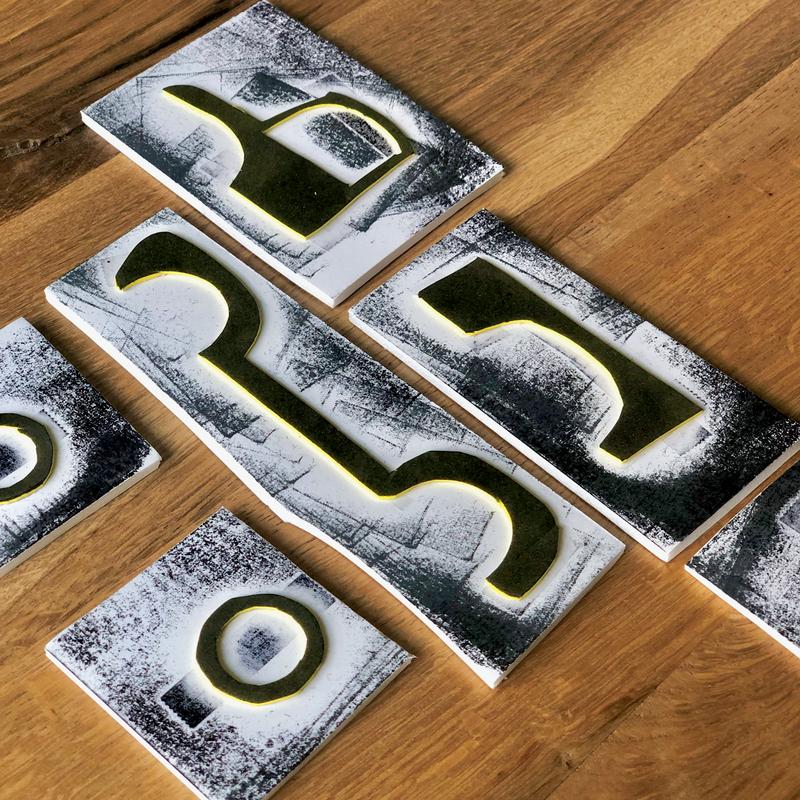 The Pumphreys handmade more than 250 stamps to illustrate the book. "We wanted to create something that would feel timeless," Jerome says. Norton Young Readers hide caption 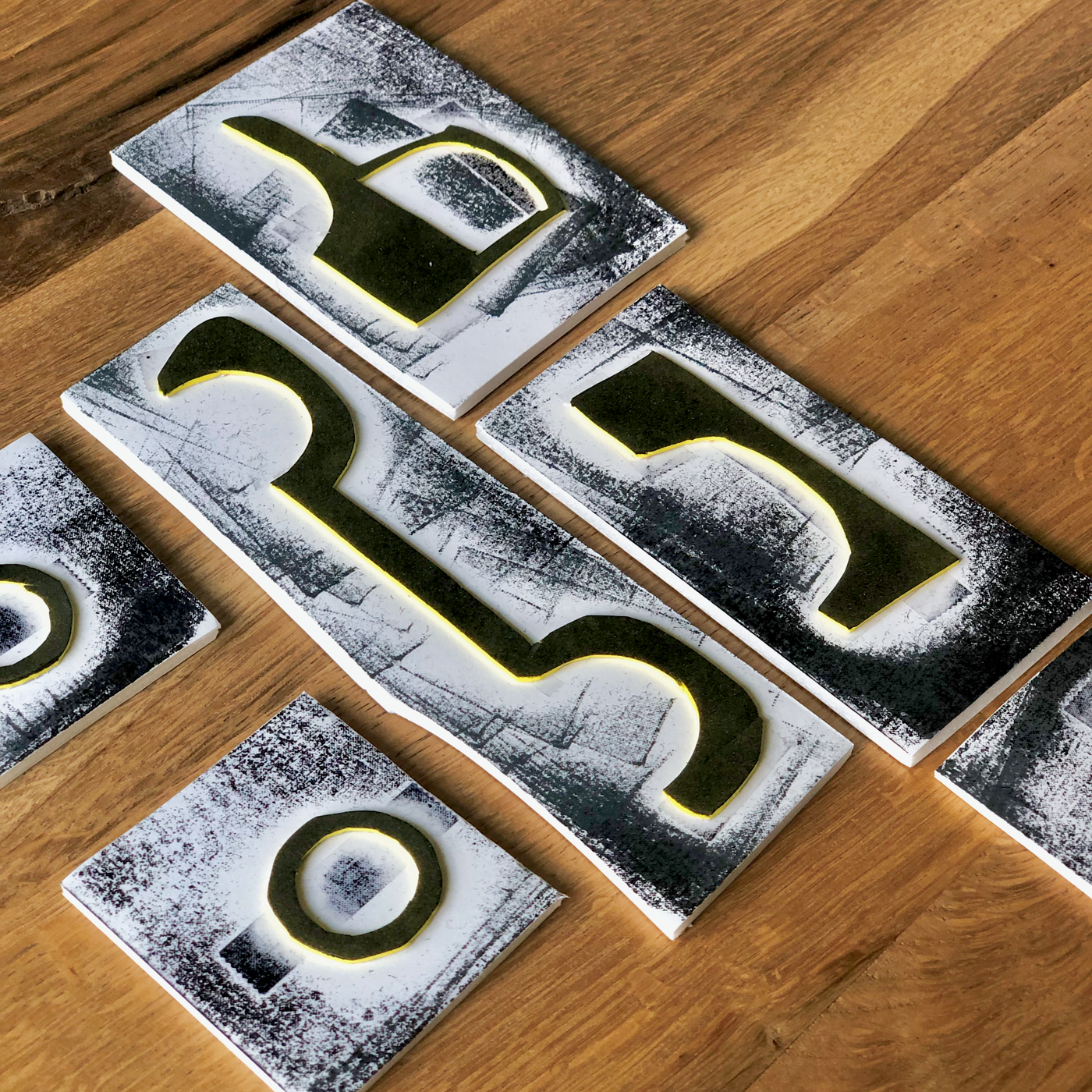 The Pumphreys handmade more than 250 stamps to illustrate the book. "We wanted to create something that would feel timeless," Jerome says.

The brothers handmade more than 250 stamps to create the artwork in the book. "We set up these rules like: We wouldn't use the same stamp on the same spread multiple times." Jarrett explains. The goal was to "make sure that each spread was unique and special."

They'd work together at Jarrett's house — he and Jerome now live five minutes apart in Austin, Texas. "We do have disagreements — obviously we're brothers and we don't see eye to eye on everything — but for the most part ... we can find a place where it just clicks," Jarrett says.

It helps that they've "been making stuff together for a really long time," Jarrett says — and that their family history offers them shared points of reference and inspiration.

"We had all these women in our lives growing up — our mom, our grandmothers, our great grandmother ... strong women who really showed us what it was like to persist," Jarrett explains. 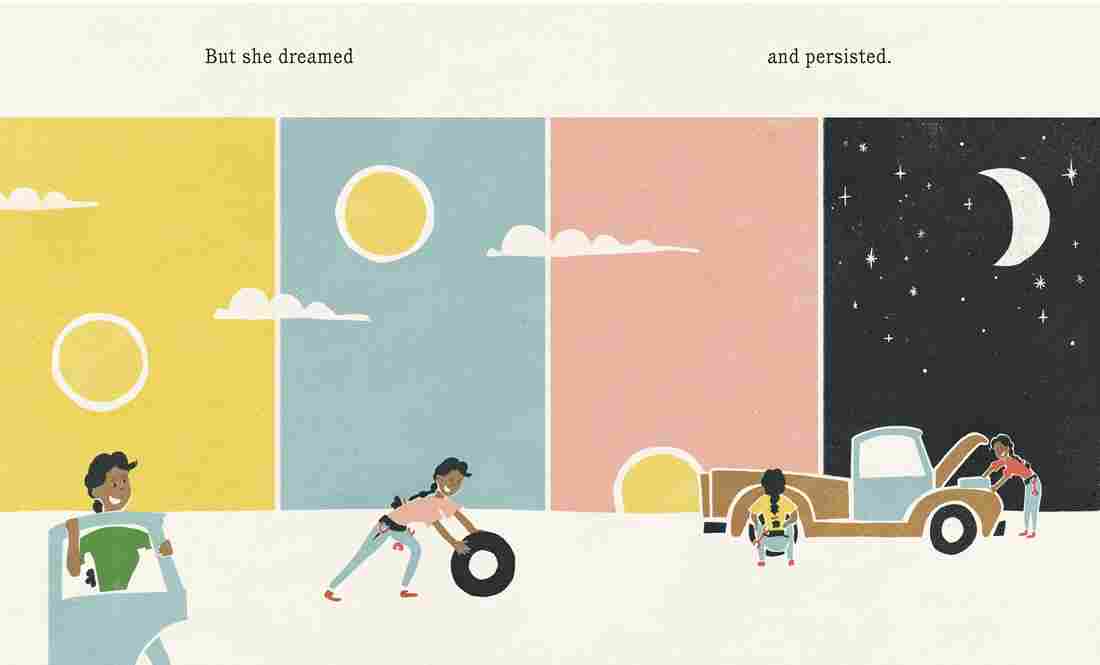 Both of their grandmothers worked for the U.S. Post Office in the segregated South. "They were black women working in a place that was dominated by males, so they were putting up with a lot," Jarrett says.

One of their great grandmothers picked cotton and saved and saved until she could finally purchase her own farm in Louisiana — and the family still owns it. "She said: Never sell that property because she picked a lot of cotton to pay for that. ..." Jerome recalls. "I really respect that and would like to accomplish some things in my life that I can look back on and be really proud of."

Jarrett says his great grandmother's tenacity is something he was lucky to have learned growing up, and he hopes to pass it on to his own children: "Stick to it, work hard, get what you want to get, and do what you want to do," he says. 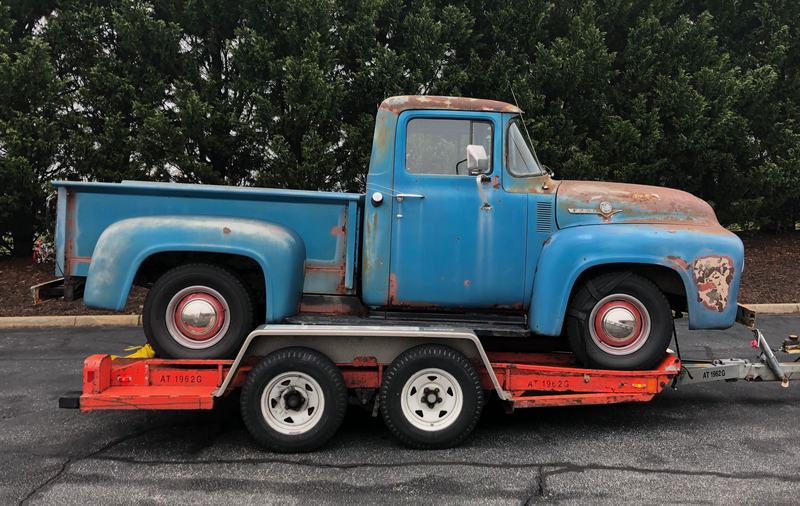 Jarrett Pumphrey is now the proud owner of his own old truck — a 1956 Ford F100. You can follow his progress restoring it here. Norton Young Readers hide caption 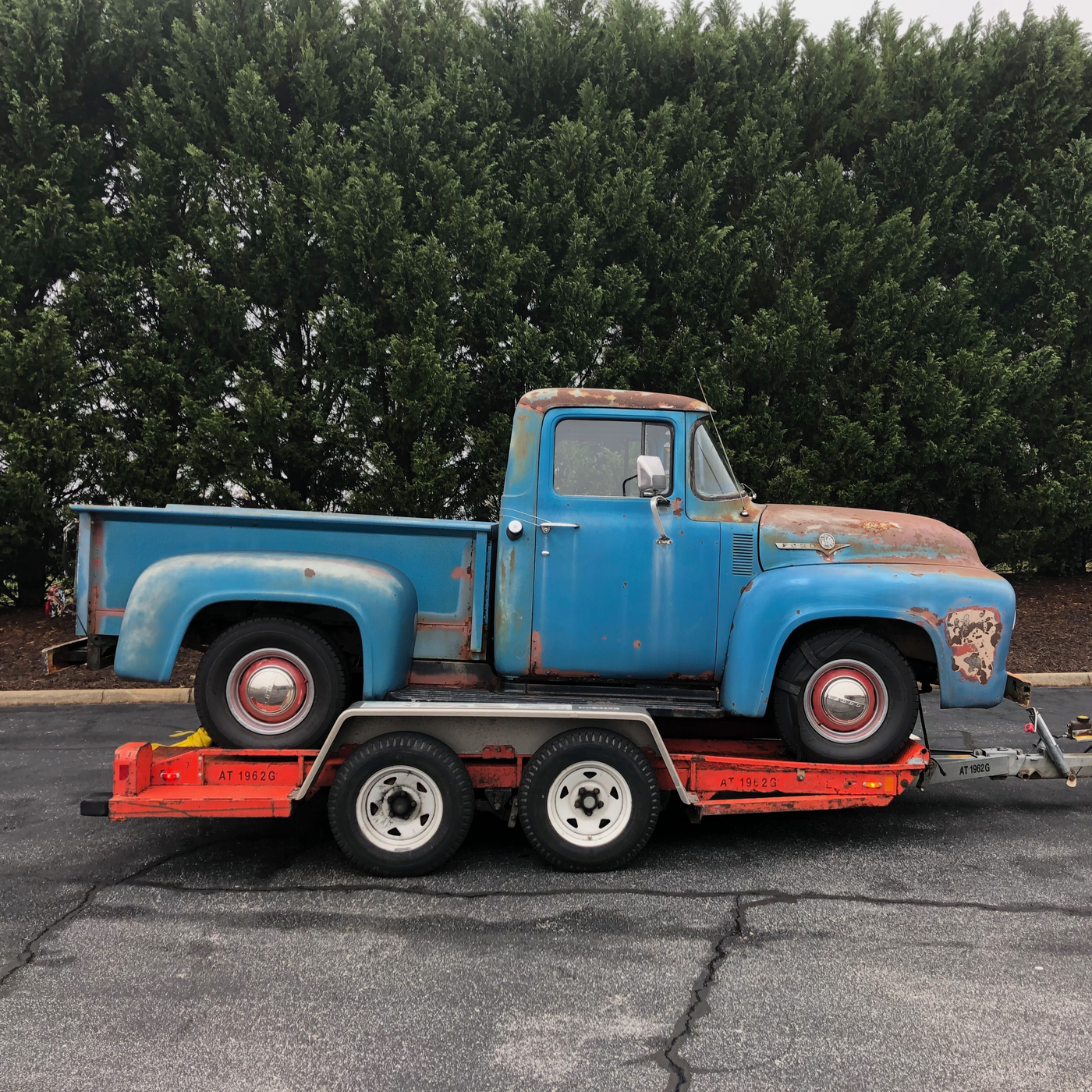 Jarrett Pumphrey is now the proud owner of his own old truck — a 1956 Ford F100. You can follow his progress restoring it here.

And speaking of getting what you want to get ... after the brothers finished working on the book, Jarrett was inspired to go out and get his own old truck. "It's a 1956 Ford F100," he says. "I started working on it right away — I stripped it down. It's all the way down to the frame now. ... It's a lot harder in real life to restore a truck than it was in the book."

Jarrett's hoping to get his truck up and running by the summer. He wants to drive it around to local schools, where he and Jerome will be sharing the story of The Old Truck — about family, farm life, hard work, and persistence — to a new generation of kids. 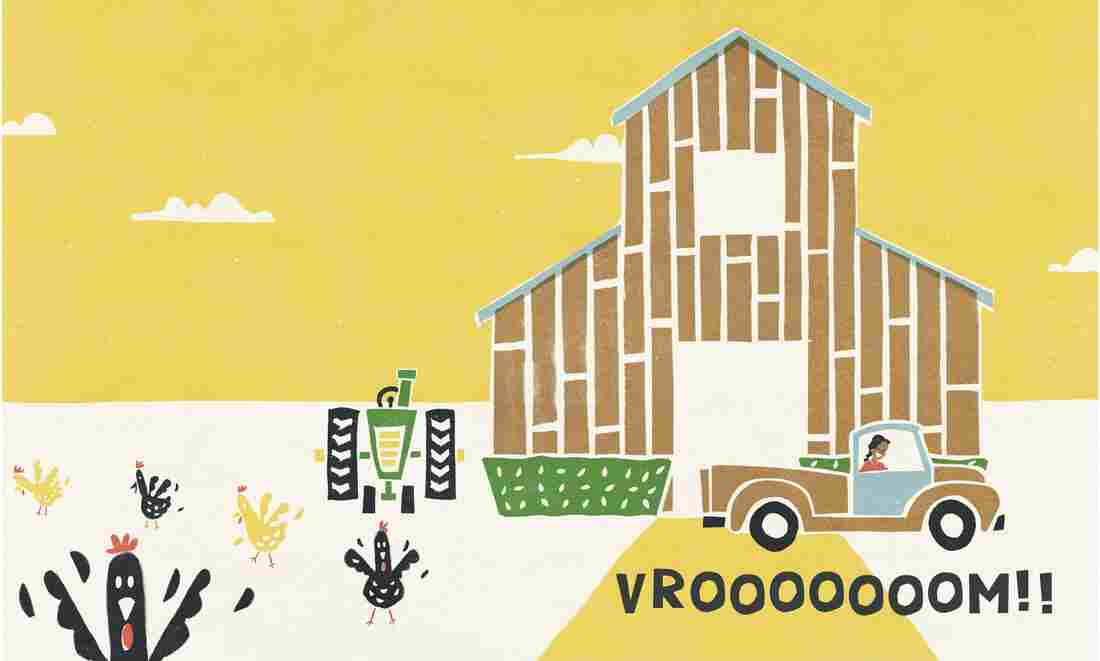