Accessibility links
The Thrill Of The Single Shot: Who Needs Fancy CGI Or High-Tech Edits? The very earliest movies were all long takes, but the immersive minimalism of one-shot films carry extra appeal in an era of congested platforms and CGI overload. 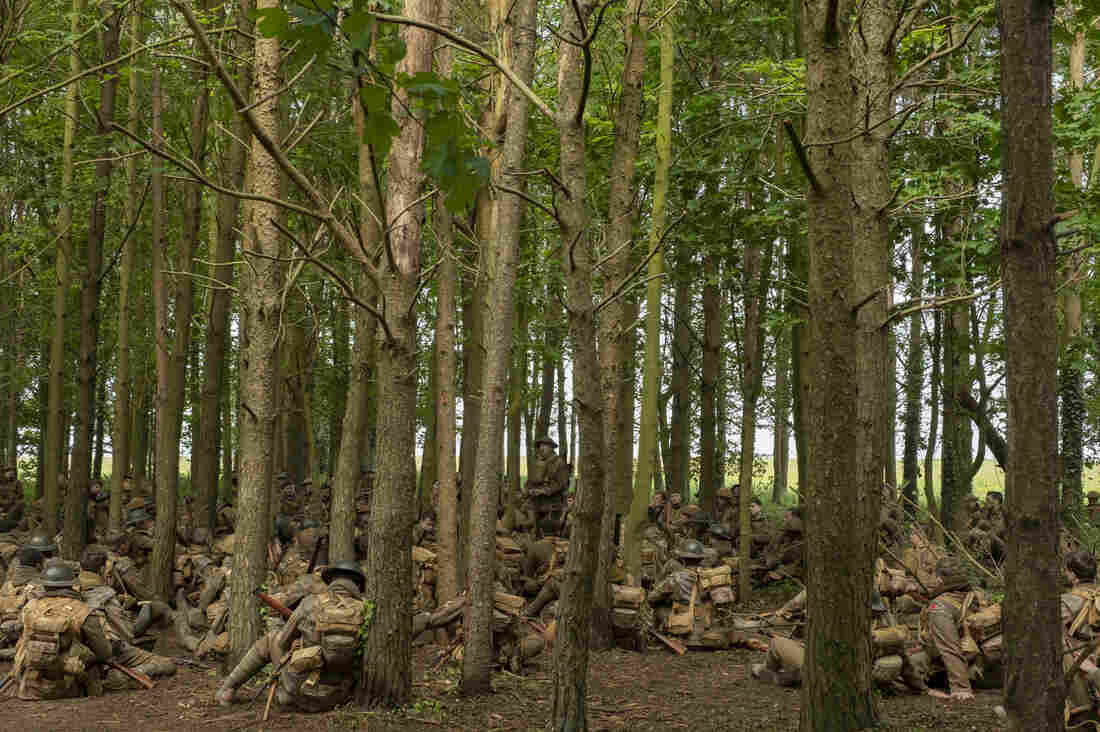 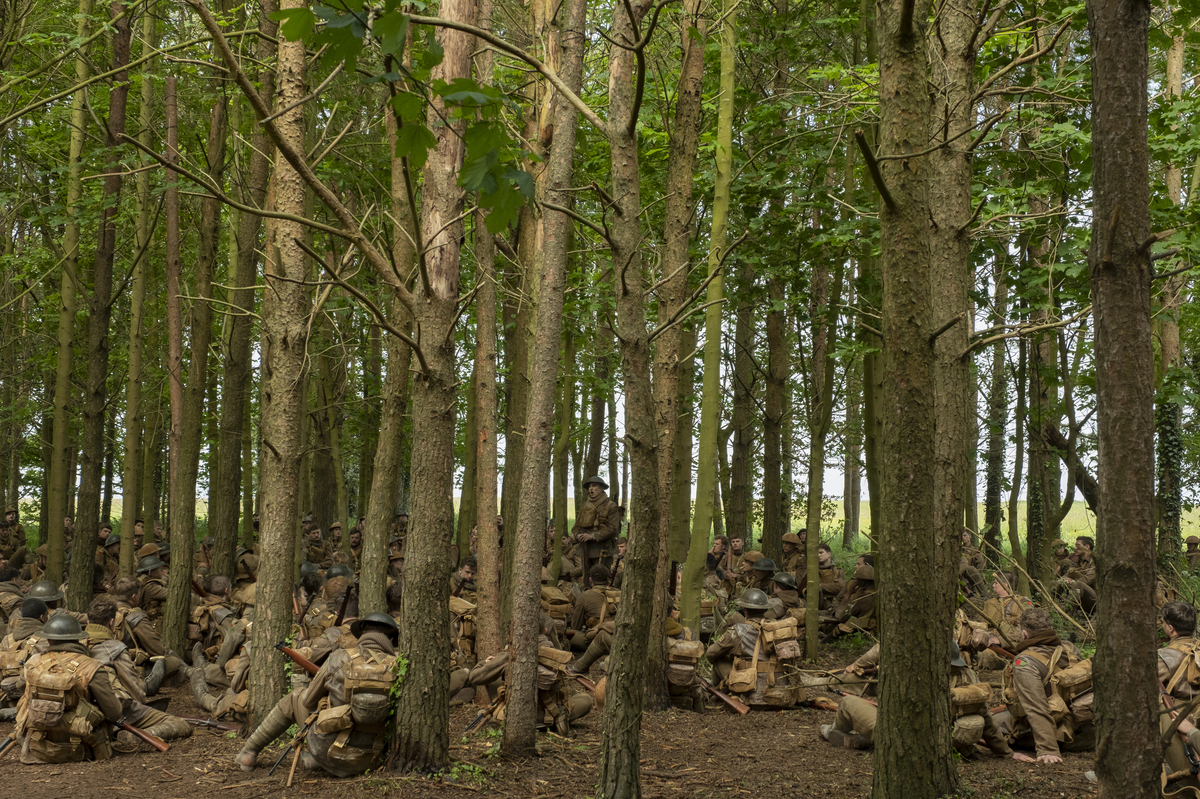 Set during the first World War, 1917 was made to look like it was filmed in a single shot. "It operates more like a ticking-clock thriller," says director Sam Mendes.

The technical wonder of a movie, 1917, could win up to 10 Oscars on Sunday. Filmed to look like a single shot, its view is glued upon two soldiers racing behind enemy lines during the ravages of World War I. This is the second time in recent years that a one-shot film swept up Oscar nominations. Birdman won Best Picture, Best Director and Best Cinematography in 2015.

"Once I had the idea that it was two hours of real time, it seemed like the natural thing to do, to lock the audience together with the central characters — in a way that they gradually began to realize, consciously or unconsciously, they couldn't get out of," director Sam Mendes told NPR's Weekend Edition in December.

The intensity and immersion of a one-shot film alters viewers' relationships with its characters, says Sarah Keller, a film professor at the University of Massachusetts Boston. "It forces you to sort of be with the characters," she says.

That total focus feels counterintuitive in our jacked-up world, crammed with competing screens. Keller notes one-shot movies are, in a sense, a relic from the past. The first movies were all single takes, usually just a minute or two long: For example, the 1895, Lumière brothers' short films Workers Leaving The Lumière Factory in Lyon or The Arrival of a Train at La Ciotat Station.

Once editing was invented, one-shot movies seemed primitive. While experimental films still played with one-shot techniques, they generally fell out of fashion, with a few exceptions. Alfred Hitchcock filmed his 1948 psychodrama Rope to largely look like just one shot. And the Orson Welles' noire masterpiece Touch of Evil, from 1958, begins with a startling three minute long take that still seems daring today.

But one-shot movies went fallow for decades. Not until the rise of the Internet did they start appearing more in mainstream theaters. Perhaps when our attention started fragmenting, one-shot films carried more appeal. The 2000 movie Timecode follows four people simultaneously through an afternoon in Los Angeles. They're filmed in four long shots on one split screen.

When the movie opened, director Mike Figgis told Weekend All Things Considered that the Timecode cast committed to their roles more like theater actors than movie stars. "The ego works in a different way," he said. "The performance has a different dynamic. Actors become aware of the fact that they're performing for an editor; that therefore, it doesn't really matter if they muck up this bit but they know they're going for this 10-second moment or this look at the camera."

For whatever it's worth, Wikipedia lists only five feature films made – or seemingly made — in one single shot before the year 2000. In the past 20 years, that number's shot up 500 percent, ranging from the grandiose 2002 Russian Ark, which sweeps through the Hermitage in Saint Petersburg, to the audacious 2017 zombie movie One Cut of the Dead, from Japan.

At a moment when it's so easy to make a movie on a cell phone, Keller believes that the technical virtuosity required of a one-shot film marks its director as an auteur. And these films feel somehow pure — compared, at least to the CGI trickery and hyperactive editing of blockbuster superhero movies. "Sort of almost excessive cuts where it's cutting in fractions of a second," Keller says.

Movies are meant to wash over us like a dream. When we're tired, jumpy and overstimulated, Keller says, giving yourself over to one perfectly planned shot feels like a pleasure and a relief.